Post-Age : 187 Artists Send a Postcard from the Past

Like a postcard from the past, ‘Post-Age’ stirs up old memories and urges the viewer to engage with the art on display. For this charity exhibition, 187 artists from across India and Ahmedabad have made paintings on postcards. The show’s sales will go towards revitalisation of the fabled Artists’ Centre in Mumbai, which is often remembered as the ‘nursery’ of the Progressive Artists’ Group. 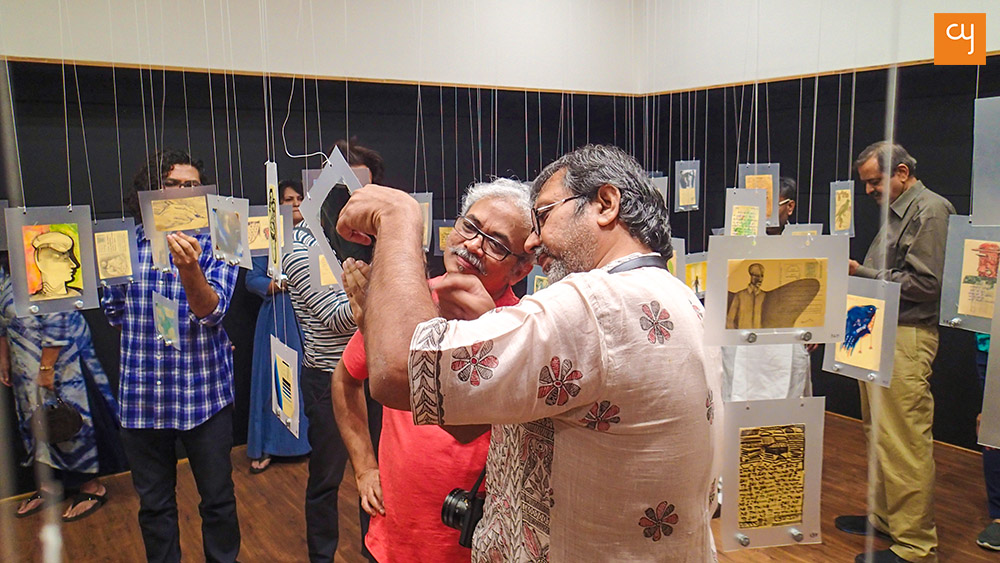 Touching a postcard on my fingertips, I was transported into the realm of imagination and nostalgia on entering the exhibition Post-Age. I recalled my mother telling me how exhilarated she felt on receiving postcards from my father, in their early days of marriage. The postcard played an essential role in revolutionising global communication back in those days. But in the digital age, the postcard serves primarily as a remnant, connecting people to emotional memories of the past. But at the Post-Age group exhibition, postcards have been used as canvases for creating visual art, for reminiscing on how human connection may have been lost in the midst of our digital communication processes.

This brilliant idea to use postcards in the show came to Nilesh Kinkale, the secretary of Artists’ Centre and Joint Secretary at Bombay Art Society, a year ago. The one-of-a-kind show has travelled, since then, to various places, leaving an impression on the people of South Korea, Chandigarh and Bangalore. The show reached the Heritage City of Ahmedabad on April 13, where it was inaugurated at Satya Art Gallery in the presence of veteran artists and art connoisseurs from the city. It was brought here by artist Rakesh Patel, who chose Satya Art Gallery to host the show. 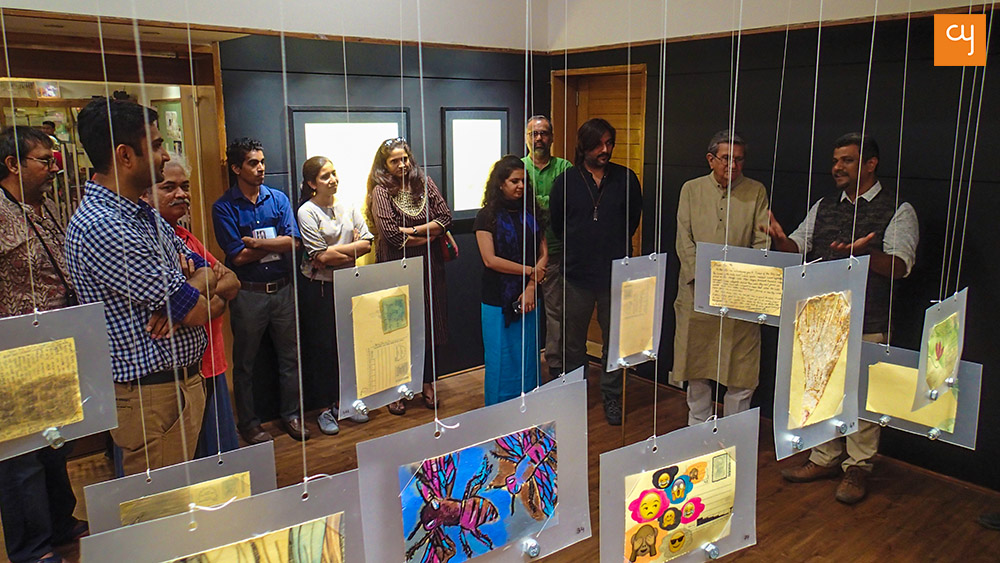 In the exhibition, postcards independently hang from the acoustic panelled roof of the gallery, instead of being typically exhibited on the gallery walls. They look incredibly enticing from a distance. The hanging postcards have artworks on both their sides. Their creativity will lure you into touching them, flipping them and exploring their details; into making a first-hand interaction with the artworks. When we feel something with an extended sense of touch, we indirectly develop an intimate relationship with it. In this exhibition, the viewer enters into a direct relationship with the artwork by communicating with it. The display does not follow any particular pattern or chronology. It comprises random clusters of postcards that hang across the gallery, urging the viewer to walk through or stay put, depending on his/her disposition.

Post-Age is a charity show that invites local artists to become a part of it. The response from the community here has been exceptional, with more than 40 contributing artists from Ahmedabad having participated in the show, including veteran creators like Vrindavan Solanki, Mahendra Kadia, Nabibakhsh Mansoori, Bharat Panchal, Navin Dhagat, Natu Mistry, Surendra Patel, Manhar Kapadia and many more. The show is now planning to travel to places like Pune, Germany and Rajkot to create a dialogue with the local art fraternities there. It’s enthralling to grab a first-hand experience of all the 187 meticulously created artworks, painted by 187 artists of India – emerging and veteran talents alike. 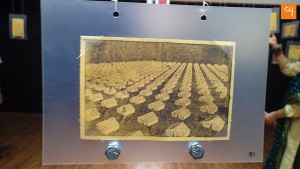 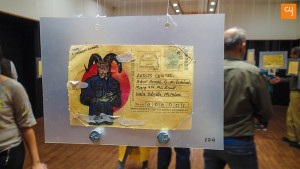 Some artists have successfully brought out the theme of ‘postcards’. Referring to a time when they were used as the primary medium of communication, Nikhil Purohit shows us a letter to the postman, and K R Santhana Krishanan creates a realistic portrayal of a door kept ajar in expectation of the postman. Nehal Pullarwar makes emojis on postcards as if to comment on how the nature of communication has changed. 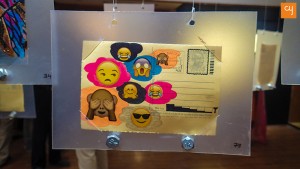 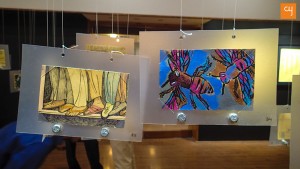 Money raised by the humbly-priced postcards will go towards the revival of Artists’ Centre in Mumbai. One of India’s pioneering art galleries during the modern times, the Artists’ Centre served as a studio for legendary artist Krishnaji Howlaji Ara, alias KH Ara, until his death in 1985. The Mumbai-based artist was the first contemporary painter to scrupulously use nude female anatomy as his subject while maintaining its naturalism. He was part of the Progressive Artists’ Group in Bombay, which included F N Souza, S H Raza, M F Hussain, Ram Kumar, Akbar Padamsee and Tyeb Mehta, and played an important role in making the Artists’ Centre the fulcrum of Indian Modernist thinking in the 50’s and 60’s. At the time, the era of Western Realism dominated the scene. But even before the Centre was founded, its premises housed numerous intellectuals, poets, artists, dramatists, thinkers and creators who were later to play important roles in the Contemporary Art scene of India.

Kinkale shared, “Artists’ Centre was formed before the celebrated Jehangir Art Gallery was founded. It has always worked towards the betterment of Indian artists. Organisers maintain a bare minimum rent amount for people who want to exhibit their work.” Initiatives like Post-Age are going to help the gallery survive the post-Independence culture of Indian contemporary art, with the funds going towards running the gallery.

Artists’ Centre stands as a memory of a past when galleries were much more than display spaces; it reminds us of a bygone ere when the Centre served as a fertile ground for artistic experimentation and creative interactions. With the passage of time, and the gradual passing away of the artists from the Progressive Artists’ Group, the Centre, a not-for-profit institution, had to face multiple challenges to remain relevant and functional. Patrons and concerned art lovers like Prafulla Dahanukar, Dr. Saryu Doshi, Saroj Satija, Dnyaneshwar Nadkarni,  Dr.V.S.Gopalakrishnan, Shirin Bharucha, Brinda Chudasama Miller and others have contributed immensely to keeping its legacy alive. In Post-Age, a multitude of artists comes together to express themselves on an obsolete medium of communication – the humble postcard – to remind us about the times when the mingling of artists, within themselves and with the larger creative fraternity, resulted in the creation of path-breaking art.

Considering the diversity of genres on display, viewers from any age group will enjoy the fresh perspectives in it. Post-Age will be on display till April 22, every day from 12:00 PM to 9:00 PM (except Mondays), at Satya Art Gallery. Prepare to experience a wave of nostalgia!