Dramatic art at its peak in Atmakatha at the Theatre Olympics 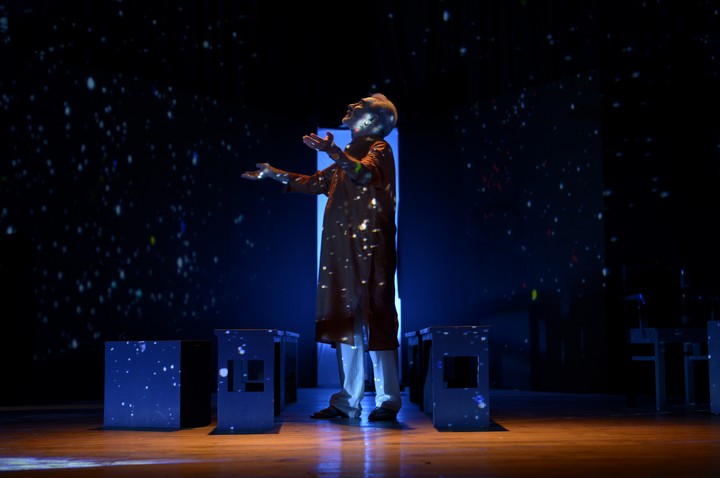 The final day’s performance of Mahesh Elkunchwar’s Atmakatha, directed by Vinay Sharma, proved an unplanned celebratory finale of the 15-day Theatre Olympics (Ahmedabad). Dramatic art ascended its peak in Kolkata-based Padatik’s production. The overflowing theatre-lovers at the Tagore Hall appreciated even the inbuilt rich silences, a couple of times one or two minutes long, trying to understand the invisible dramatic tension the actors felt. Claps a couple of times in the midst of low-tone conversations on the stage were uncalled for though.

Atmakatha was a perfect instance of meaningful complementary roles the text and its stage performance play. The connotative sharpness of the chiselled dialogue in the text with its theme conceived at a heightened level of creative imagination entails for its performance exceptionally engaging interplay of expressive inputs of both the mind and the emotions. Rising up to the challenge, the director marshals all his dramatic skills and theatrical resources to visually interpret the intellectual and emotional complexity the theme offers.

Celebrated novelist Rajadhyaksha has been dictating his autobiography to a perky researcher Pradnya in her early twenties. His wife Uttara, an equal of him intellectually, a shade taller when it comes to ethical considerations, has separated from him on knowing of his brief relationship with her younger sister Vasanti. With interplay of characters imagined in Rajadhyaksha’s novel, the writer has added to the complexity of these characters of the real world. There is a divergence between the truth the real characters gradually get to know and the fictional truth. 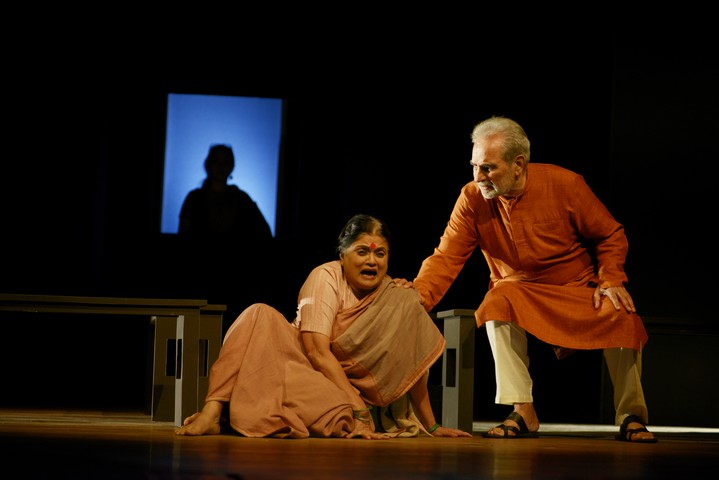 What happens towards the end adds further to the mystery that a relationship is. Pradnya, his granddaughter’s age, breaks down at the feet of the eighty-year old celebrity writer, ‘hugs his knees, puts her head on his knees and cries disconsolately.’ Nonplussed, he exclaims, “Oh God!” He puts his hand gently on her head and says, “Come … come my idiot, come…’ That’s about all for this relationship. She rises, recomposes herself and gets ready to leave. He has given up the idea of writing his autobiography. “Now even if I write I will have to write about you too,” he adds.

It is the director’s stagecraft that turns text into an absorbing theatre experience. The man and the two women in his life in pairs revisit their past as though they were talking right in front of you and the diverging versions of truth emerge. And, even as Pradnya incisively probes the novelist’s past a fresh human relationship keeps taking shape. The walls on both sides with video clips reproducing past interactions become a metaphor for haunting memories and the viewers realize their current torment has its germination in the past. Ghostly figures moving about even on the stage in the negatives of undeveloped film clips give an eerie feel of the past. 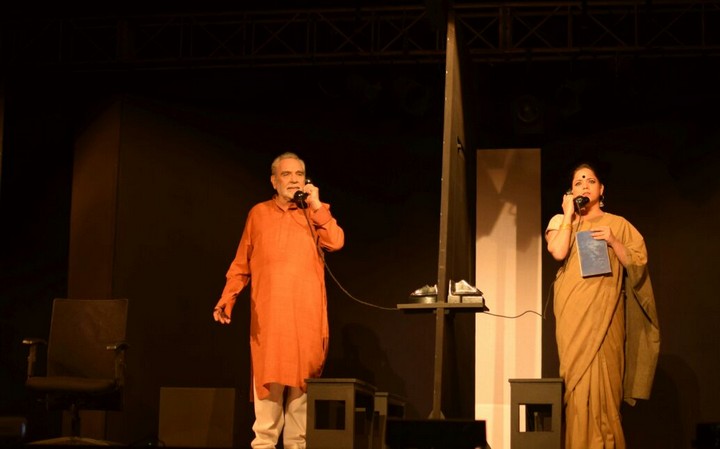 Dramatically more subtly powerful moments emerge when, with the lights growing softer, a divider is slid in the centre a couple of times and two characters talk with each other on phone in flashbacks. Two probing eyes looking for truth observe – one on one side, the other on the other. Players themselves gently move the divider or the stools according to the requirement but the flow of action remains uninterrupted. The man with a creative mind, Rajadhyaksha, moves to the window overlooking the sky at the far end and unravels his vision of human bonds in perspective. The light from a galaxy we see today, he says, is the light of two million years ago. “The Galaxy may not even be there anymore… we only think it is.” “Between man and man, the distance is even greater.”

Layer after layer of the significance of human relationships, integral to Elkunchwar’s verbal version, comes across to the viewers through the theatre experience the competent foursome creates. It is through undertones that each one of them in their distinctive style expresses their trauma chiefly through the voice. Rarely if raised, it expresses the turmoil within. The impeccable modulation sounds inimitable. Split words and sentences along with pauses and silences become vehicles of the intensity of their feeling. 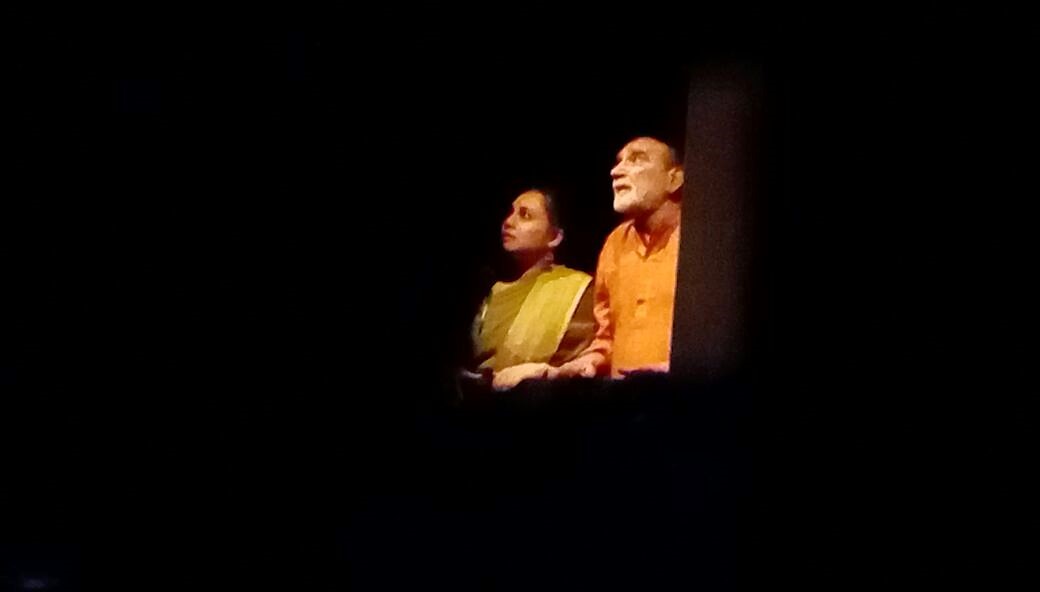 It is a pleasure to see and hear Kulbhushan Kharbanda returning to theatre after nearly two decades. Art thrives on suggestion and his bearing carries tantalizing reserves of things unsaid. Chetana Jalan as his wife emerges as a living person torn between her love for the man and a strong disapproval of his aberrations. Anubha Fatehpuria fondly plays the researcher, beginning with the initial familiarity and ending with involuntary emotional vulnerability. Kalpana Jha is brilliant with the expression of her sense of guilt and the current affection for the elder sister.

Lights make a major creative contribution. Significantly, the director has not used music till the very end and that helps the players to not turn melodramatic.