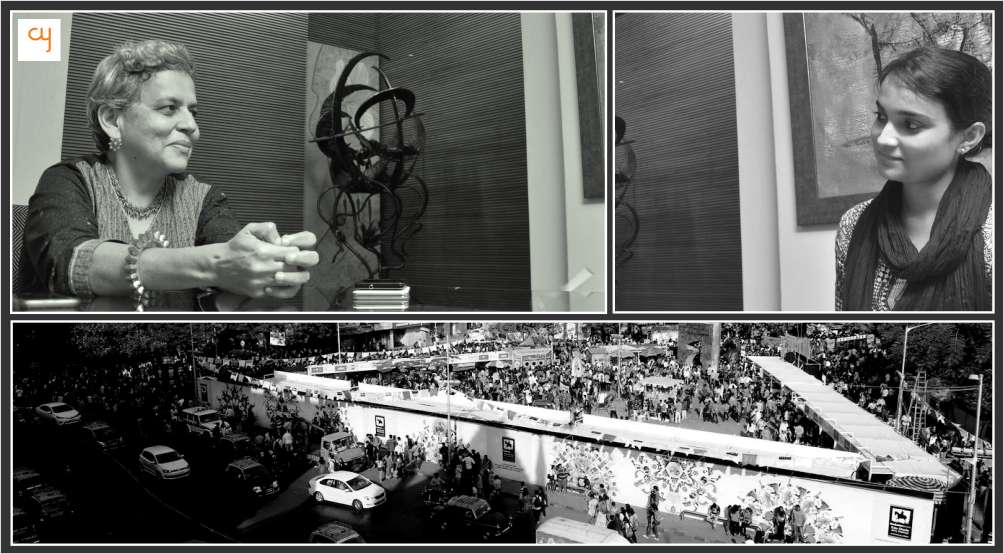 Every year art enthusiasts gear up for a festival like no other – the Kala Ghoda Arts Festival in Mumbai. Earlier this year, the event held 600 programmes across 12 days and drew over 1.5 lakh people. The best thing about this gigantic Festival, of course, is that it’s free. One of the people behind this initiative is the demure artist Brinda Miller who is Festival Director. Explaining how the success of KGAF must not be seen as a one-off, for other cities can easily create equally successful community-based initiatives, she says, “You just need a group of dedicated people who want to do something for their city.”Indeed, KGAF is organised by a team of honorary members and a handful of volunteers. In fact, behind this hugely public venture is a personality who is so shy that, in her own words – “If I’m walking down the street and I see a film star, I feel too shy to even go up to them and ask them to come to the Festival. That’s not me. But I think we can have a way of doing things in a quiet way as well.”

Miller, who has been involved in this initiative since 1999, believes that her passion for bringing art to the city lies in her genes. “My father used to be the sheriff of Mumbai – he was a very keen activist as far as greening Mumbai was concerned,” she says. As a result, she grew up finding the outdoors very exciting and saw all of Mumbai as a mural.

The common passion that brings the Festival’s team together year after year is, indeed, this love for bringing art into public spaces. “A lot of people take their spaces for granted. But we ought to feel happy wherever we are –be it the workspace or the city,” explains Miller.To spread some cheer in the city,based on this belief, she has spearheaded several public art projects.Most famous among these is the installation of artworks in the “modern Gateway of India” – Mumbai’s international airport. It’s wonderful that the success of this initiative has now created a ripple effect, with other airports seeking to similarly adopt art projects.

This idea of sharing beauty through art has constantly been behind Miller’s creative impulse. “Art should be created to give happiness,” she says. Drawing upon her personal experience as an artist, she elaborates – “If I paint something and somebody is buying it, I want that person not to ask me what its value will be after five or ten years. I want them to say, ‘Oh I just love how it is – it looks so good in this space. ”Parallely, the idea that art is for everybody – and to be enjoyed by all – is also a powerful message that the organisers of the Festival send out by keeping the event free for all. 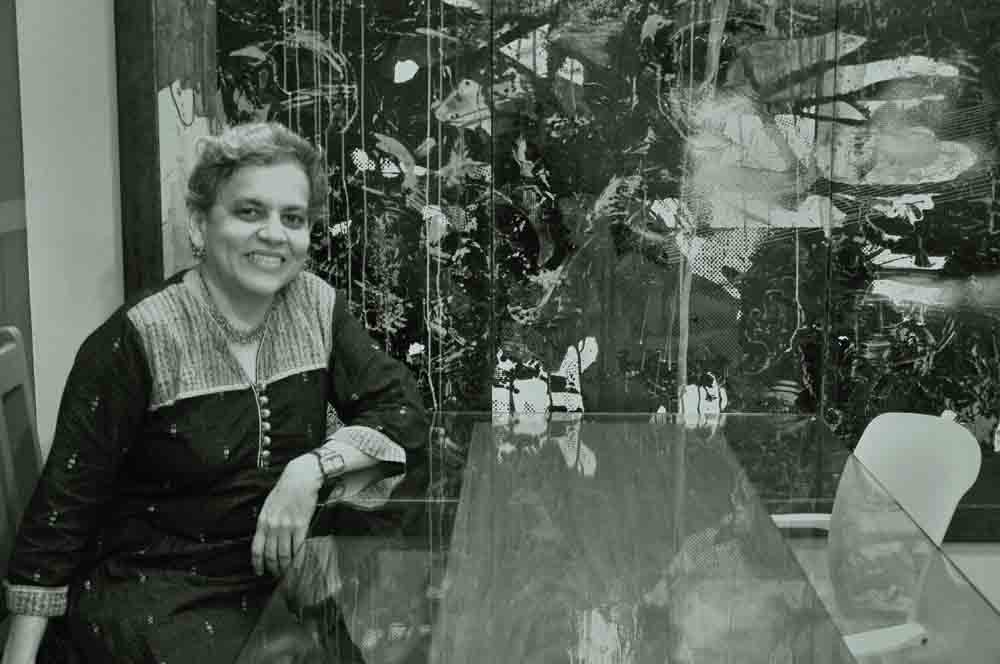 What happens of the extra money that is left over from sponsorships and stalls? It’s put to use in restoring the heritage precincts of Kala Ghoda. Presently, the association is restoring a clock tower in Bazar Gate Street, a water fountain near Horniman Circle garden, and also reviving the famous statue that gave the location its name. “We’re making a new sculpture as we didn’t want to bring back the old British statue. This one is an Indianised statue,” she says. “It’s going to be a little different from the original.” Artist Shri Bhosle will be making the statue, and Arzan Khambatta and Miller will be overseeing its making. The base, which is going to represent a fortress, will be made by Miller’s husband’s office – ABM Architects. To pay tribute to this historic statue, the theme for next year’s festival is called ‘Ride the Wave’. Says Miller, “The visual arts section is going to have only horse installations on Rampart Row.”Yet, though the theme is specific enough to evoke a sense of a galloper, it’s also broad enough to be open to interpretation.

What else is in store for next year’s Festival? As music is undoubtedly the most popular section of the Festival, next year they plan on introducing more Indian classical music. While last year the likes of Hariprasad Chaurasia and Shubha Mudgal had graced the stage, next year they are planning on calling Amjad Ali Khan. If all works out, Zakir Hussain may perform in 2018. And Hema Malini has confirmed that she will be the opener for the Festival next year. “We’re also thinking that we’ll have a more robust programme – one big act every day,” says Miller,“Such as one day we might have Hema Malini, one day Anita Ratnam, one day Mallika Sarabhai.”

In theatre as well, a big opening act is planned starring Anupam Kher. Altogether, the performing arts will be given an added impetus next year, with Lilette Dubey, Rajat Kapoor and the “usual suspects” also in talks to perform. Another new development is the involvement of Jehangir Art Gallery in curating exhibitions.

With food, theatre, music, dance, literature, heritage walks, visual arts, cinema, comedy, urban design and architecture all covered, the Festival seems to be truly burgeoning in size with each passing year. Miller adds that it’s growing at such an unstoppable pace that the organisers feel convinced that they need“new blood” to take over. “It’s been a lovely journey. So I think some new people need to take it on and have a lovely journey too!”

While the preparations for the Festival are throwing up exciting new ideas, the Kala Ghoda precincts have also recently grabbed the attention of the Shiv Sena – who have proposed to turn it into a ‘cultural hub’ akin to Times Square. Although a European comparison might be more appropriate, the people at the Kala Ghoda Association are very keen on getting involved in such a vision as they believe the quality should be similar to what the area has come to represent. Says Miller, “The party is proposing to pedestrianize the precincts over the weekends, which is a good thing and we’ve been wanting to do this for the longest time.The restaurants can spill out into the area. All over the world, they have this kind of thing, except here in India.” In fact, using interstitial spaces such as pavements and side alleys has always been a target of the Festival organisers. During the days of the Festival, spaces which generally nobody is allowed to use – like the Horniman Circle garden and the Cross Maidan– are animated, in resonance with the idea of activating the ‘outdoors’ through art.

The long run of the Kala Ghoda Arts Festival since 1999 surely proves that such inspiring initiatives – created by passionate citizens – can be recreated anywhere in the country. Be sure to keep your calendars marked between 4th to 12th February of next year.