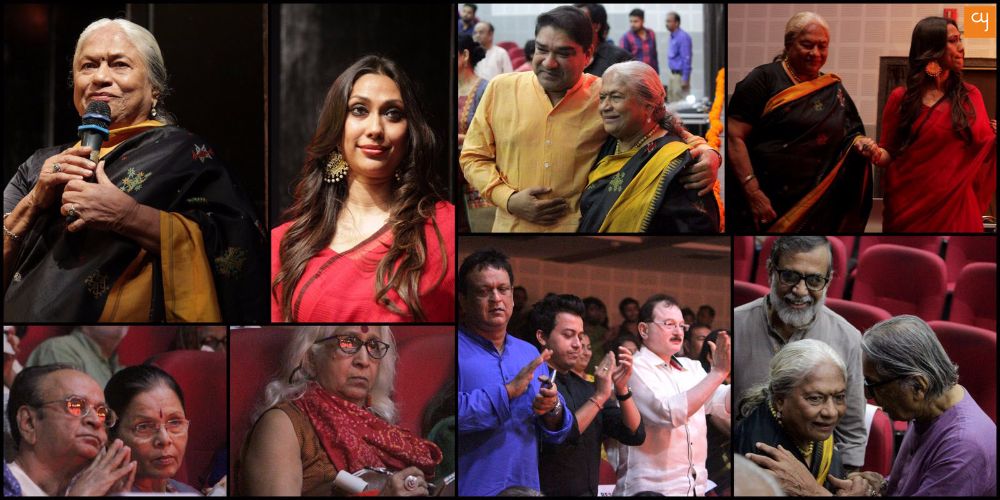 Kumiben, as Kathak Guru Kumudini Lakhia is known to most of us, in her five-minute informal address to the audience at H.K.College Auditorium after Guru Vandana offered to her and other teachers at Kadamb by way of six dainty performances by eighteen girls of the dance centre, mentioned them as ‘these beautiful girls’. Offstage they are like all other girls, many in school yet. While they dance, and this can be said of all Kadamb girls, there is an unusual glow on their faces, a spark in eyes, grace in movement and absolute confidence in their expression. These personal qualities are generated – and they will remain a part of their personality all through life – owing to the values and dignity associated with their kind of Kathak at Kadamb. 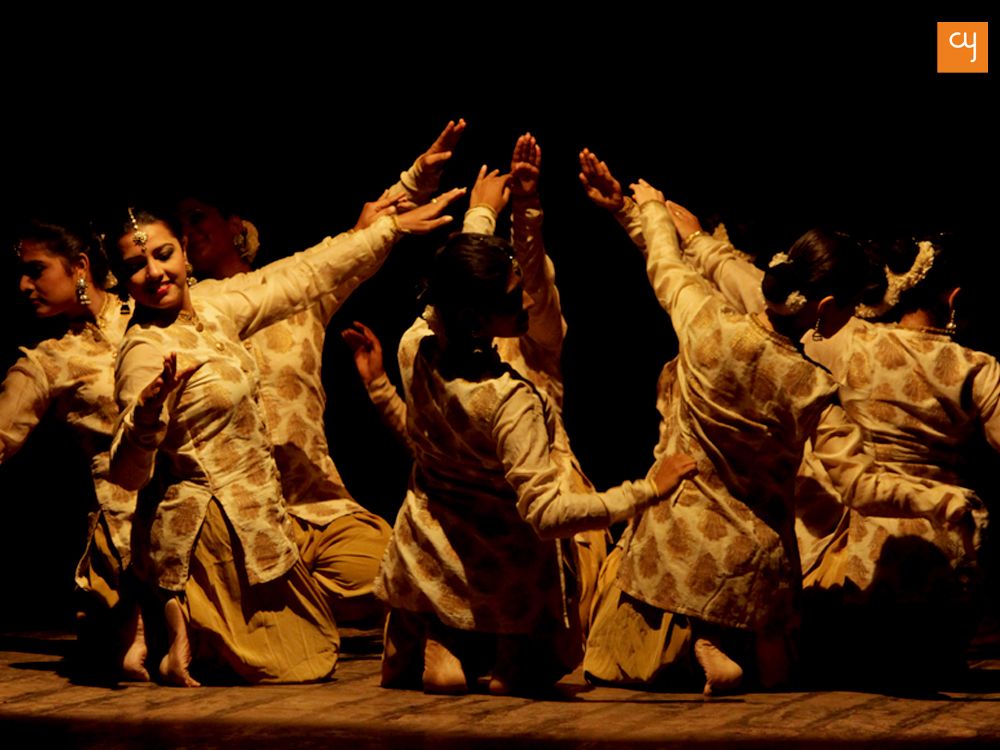 All teachers at Kadamb – Vaishali, Nandini, Neelima, Rupanshi, not to forget Parulben besides Sanjukta – have their distinctive identity.  Sanjukta Sinha, for over ten years at the Centre, initially adding value to what she had come to Ahmedabad with now teaching, besides her always visible passion for Kathak, has had a dominant contemporary attitude to it. With a keen eye for observation and modest emulation of the tradition that Kadamb, straddling over half a century, has developed, which is often mentioned by those knowledgeable as the Ahmedabad Gharana, she choreographs compositions from time to time. The six dance pieces, each of around ten minutes, one prettier than another, form part of a compact one-hour Guru Vandana. 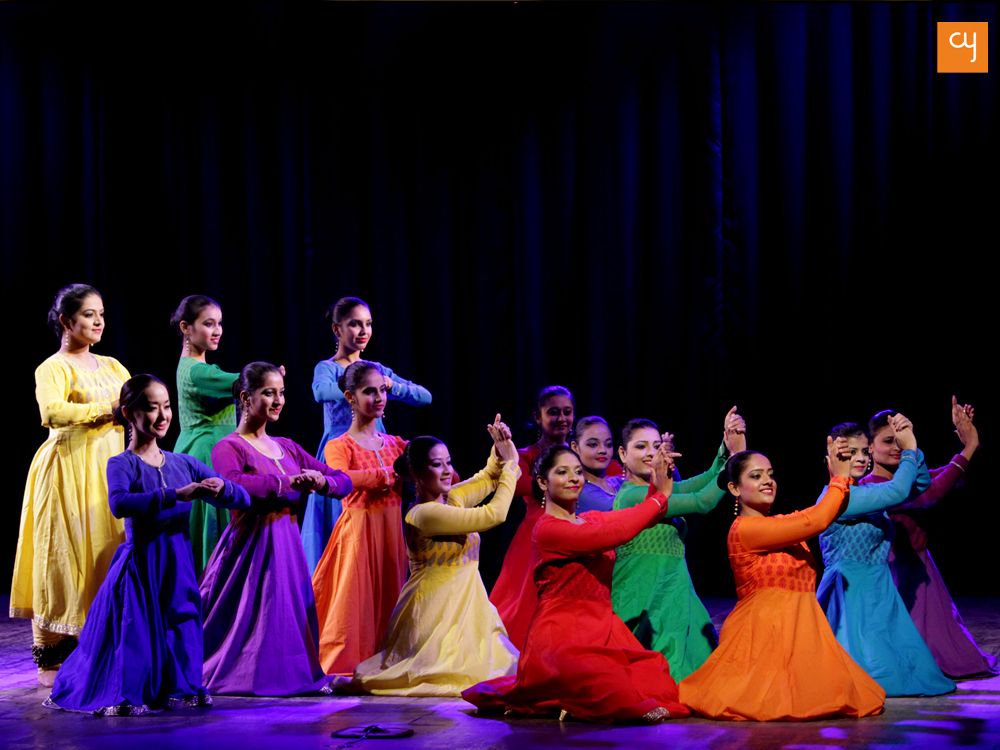 Talking of a pleasing bearing, grace in movement and brimful of confidence, see Krutika and Mihika among the youngest, still school girls, who danced ‘Gati’, a pure nrutta item – following the opening metaphorical ‘DurgaShakti’ with the line Jayajaya narayani sukhadayini… (Devika, Manasi, Aarohi, Kruti, Shweta, Akanksha, Nirzari, Tsutsumi) – with relatively controlled flourishes and chakkars, their green flares weaving designs in the air. Nikita was privileged to have been given two portrayals, both different in nature. The young dancer Nikita admirably essays sketching in the Gazal Salona saajan hai …, expressively rendered by Mirande, moods of the Nayika’s longing for the one she loves, Piya ke saamane ghunghat utha de …moment in many a visually delicate way and finally of a dejected slow-motion withdrawal. The choreographer reaffirms her faith in Krutika for the portrayal of dripping lyricism to sparse lines (Balraj) from the Mira Bhajan Barase badariya savan ki. 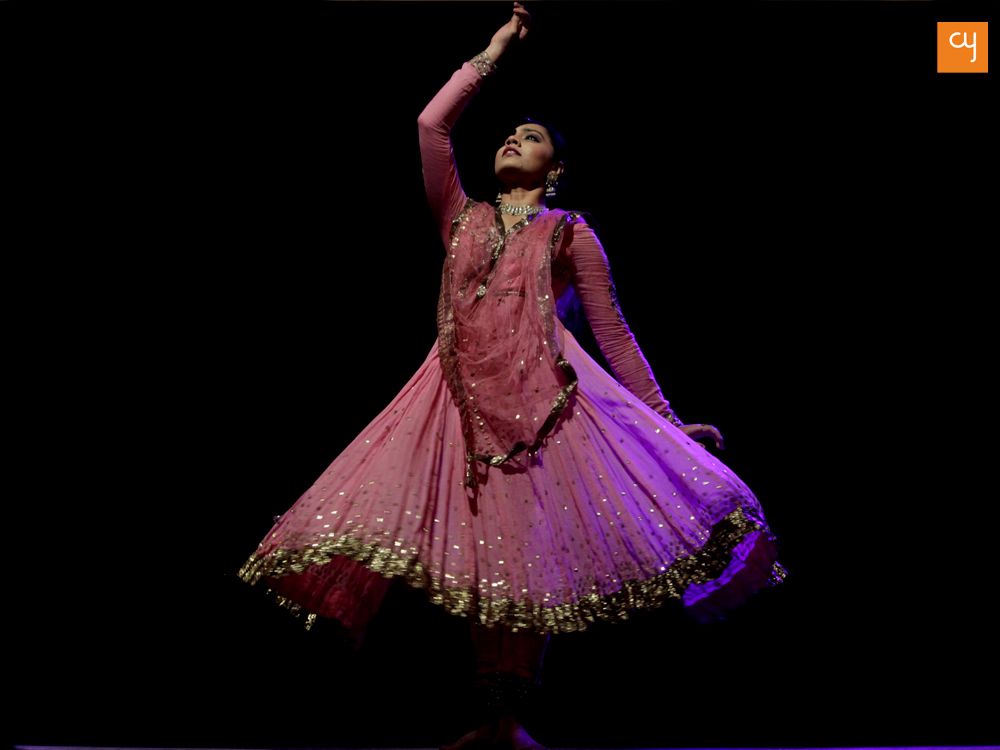 In the late Atul Desai’s musical composition, with the above three and Manasi, Vidhi, Devika as dancers, ‘Aakar’ has Sanjukta’s signature close to Kumiben’s on the delectable clusters and spatial movement all over the stage. ‘Samanvay’, which was presented at Kadamb’s ‘SuvarnaParva’, has Kumudini Lakhia’s joyous choreography with two groups of seven girls each in rainbow colours creating exhilarating flitting kaleidoscopic patterns. The perky dancers were Manasi Gandhi, Vidhi, Manasi Dave, Virakti, Mudra, Aarushi, Aarohi, Kruti, Shweta, Aakanksha, Nirzari Tsutsumi, Ghata, Dhruvi.

Though recorded, the music came across with elegance. Dependable as always, the instrumentalists were Joby Joy on the tabla, Ikram Khan on the sarangi and Parth Sarkar on the flute. Rupanshi compered the programme with composure and good articulation. 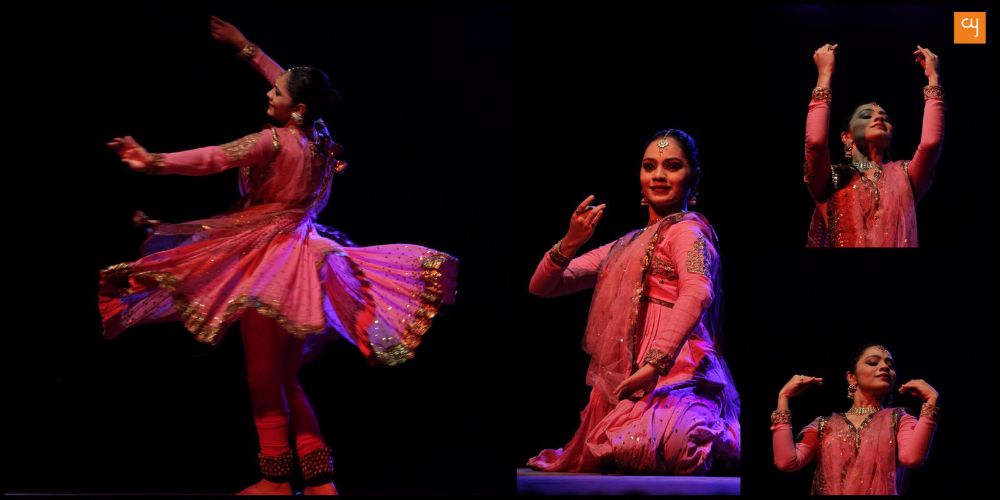