Experimenting Within the Traditional 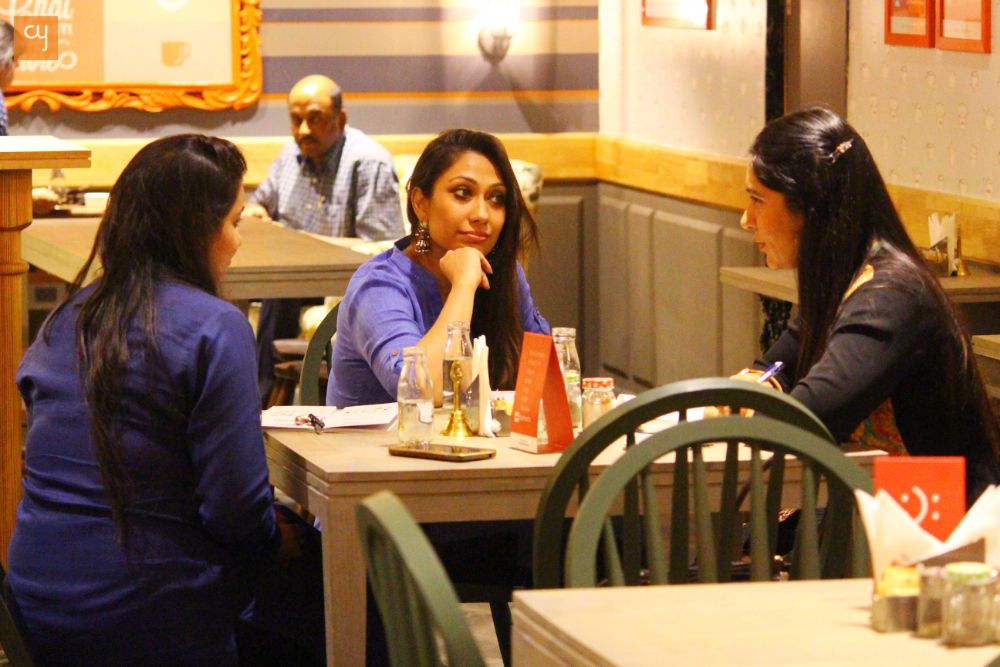 We have seen these two artistes rock the stage and dance into people’s hearts. Time and again, one after another. Individually they have livened up the stage, one with her dances, the other with her songs. Together, danseuse Sanjukta Sinha, 30, and songwriter-singer Mirande, 27, let you believe their compositions carry a soul that is unique, yet, one the world around can identify with. 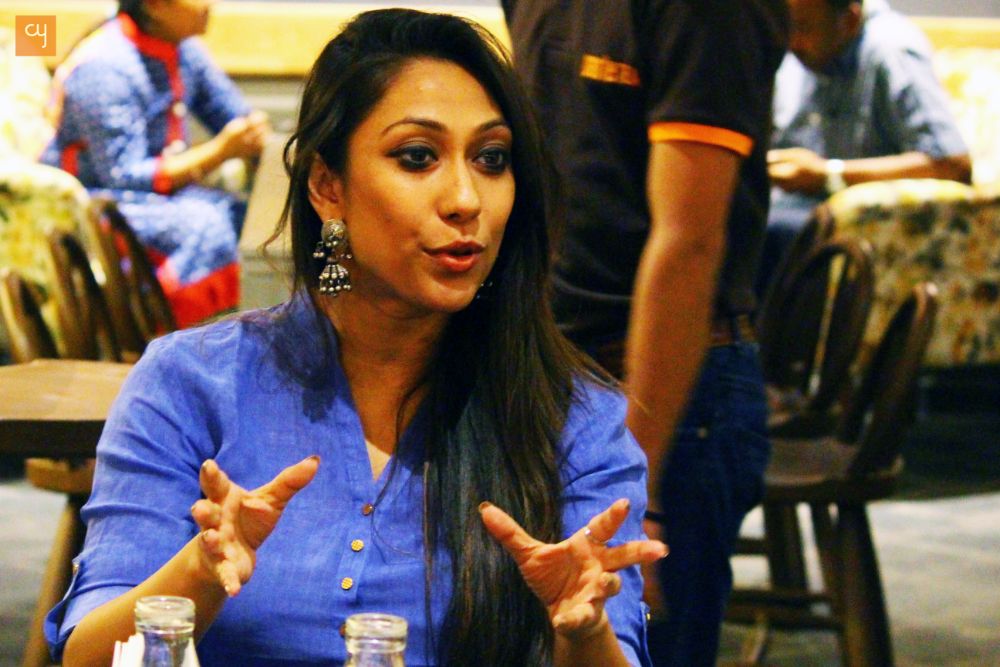 While Sanjukta took flight in the world of Kathak, learning from Kumudini Lakhia, she never confined herself to the classical alone. But her dance journey began early, at eight. “Born in  Lucknow, I was always clear I wanted to be a dancer,” she says, having trained herself for over 20 years now. She enjoys being a performer and choreographer and believes her mother was perhaps her first inspiration. “She used to do Bharatnatyam, though not professionally,” she shares, her kohl-lined eyes expressive and big. 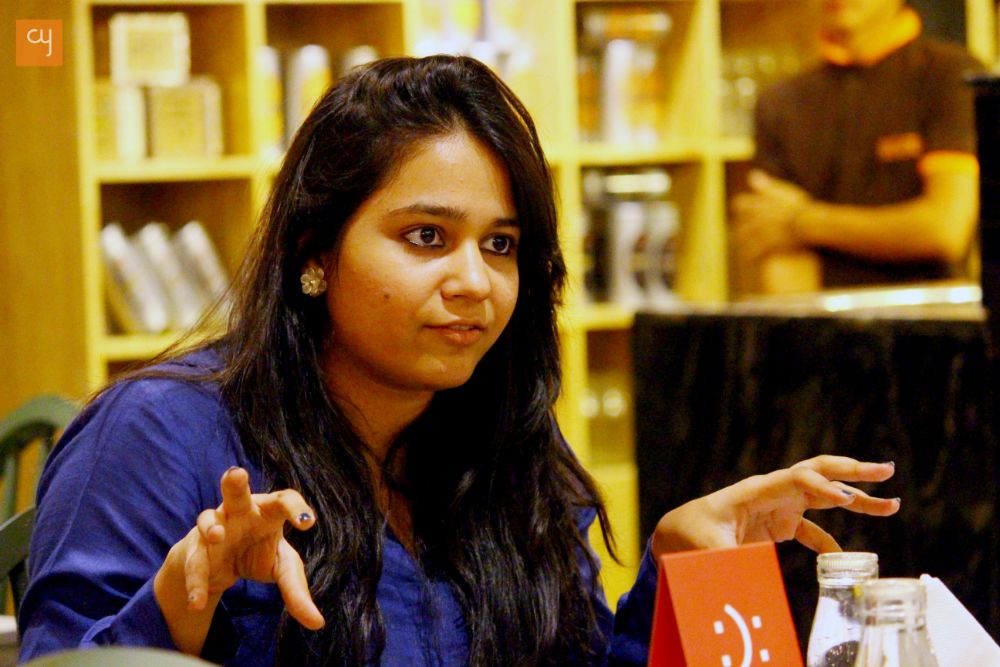 Mirande, on the other hand, began her journey as a finalist for television reality show, Voice of India, and interestingly moved from Bollywood songs to learning classical from Kaushiki Chakrabarty in Kolkata. She has also been student of Aniket Khandekar in Ahmedabad. Somewhere along her musical journey, she scored a month-long fellowship in the US; the Dosti Music Project “brought together inventive musicians from India, Pakistan and the US to collaborate and create works to develop a network of socially engaged music initiatives”. “That’s where I saw collaborations in a new way,” shares Mirande, who recently conceptualised Roohani wherein Sanjukta choreographed the pieces. 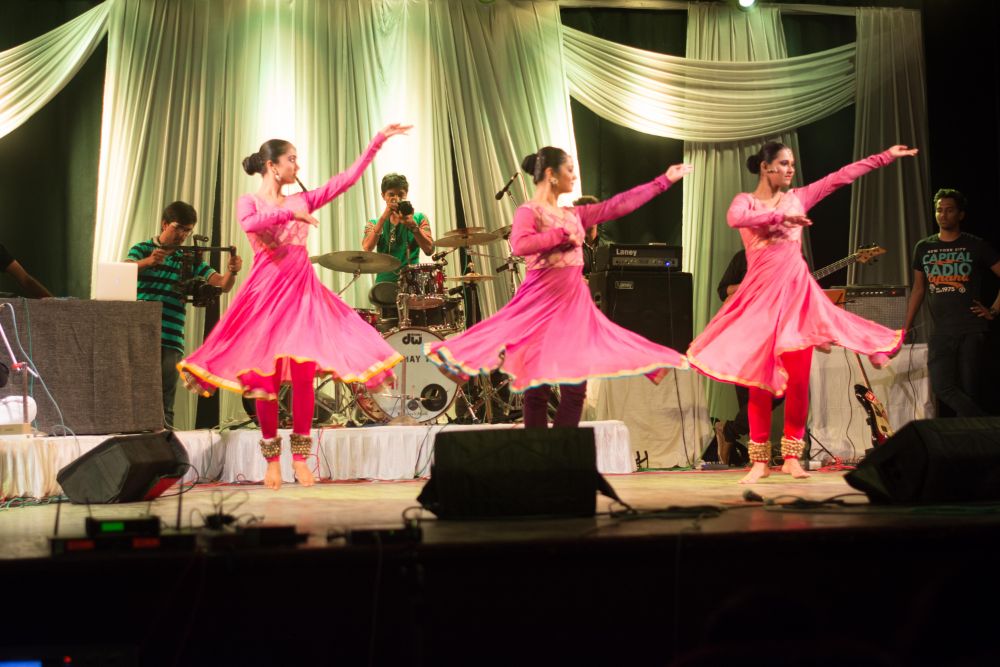 The two artists are friends and have done quite a few performances together. It began when Sanjukta was offered to perform in Bhopal Sufi festival. “I asked Mirande and she happily agreed. We did a folk, Sufi and Hindustani classical piece each. Thereafter, some time in 2010, Akram Khan invited me to participate in the Belgium Dance Festival. I needed a female vocalist and again asked Mirande to join. That was successful as well. I do what I believe and am glad it’s been a fairy tale so far… with lots of hard work thrown in. I am lucky to serve this field,” says Sanjukta, who has always followed her heart and is happy to involve and cater to gen-next.

That is Mirande’s key concern. “Since I was learning from Kaushikiji, I was part of her projects. I wanted to belong where I was rooted, yet reach out to my generation. She groomed me; I always wanted to belong to the rich classical traditions but also wanted to create and celebrate contemporary music. The roots of Roohani came with my collaborations with Kaushikiji. She encouraged me to do what I feel I belong to. I never quit commercial singing though,” says Mirande, adding, “Sanjukta further believed we could experiment within the walls of tradition and we did… .” 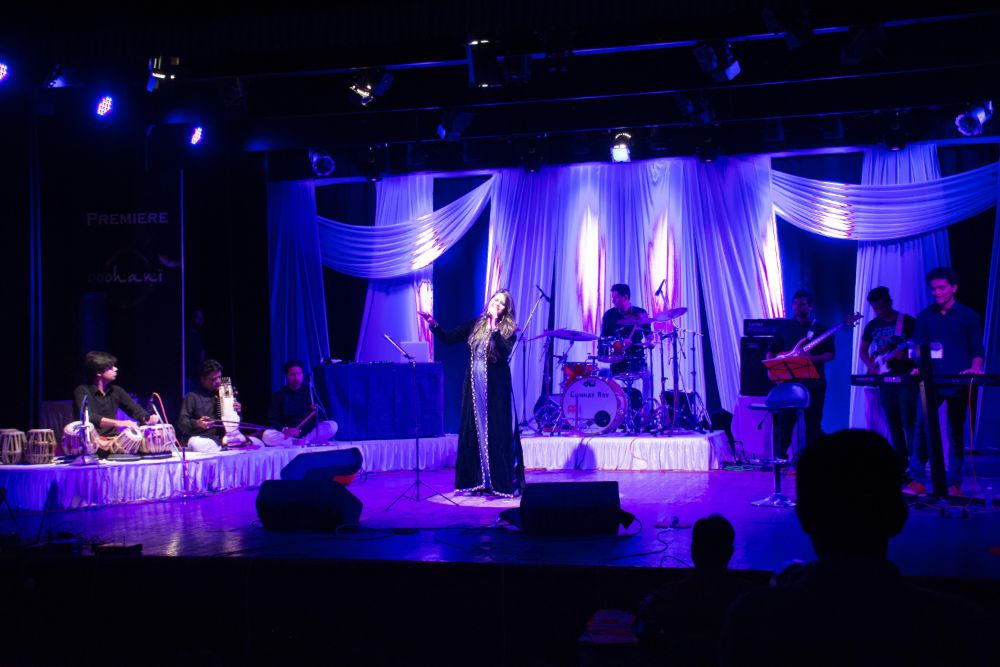 Is Roohani fusion? Is it contemporarising traditional music? Is it a musical experiment? My volley of questions is met with smiles from both as Mirande enthusiastically explains, “Roohani is seeing music as a goal and not dividing it into compartments.” Like, for example, she worked with an EDM artiste in the US fellowship and had one in Roohani as well. “I was asked to keep the soul of the tradition intact. My guru is young and extremely popular; I make sure her image is not hampered. Whatever I experiment with, the soul of the genre mustn’t die. The spirit of thumri must remain intact even if it’s presented in contemporary format,” says Mirande, clear she doesn’t want to be bound either by Bollywood or classical music. 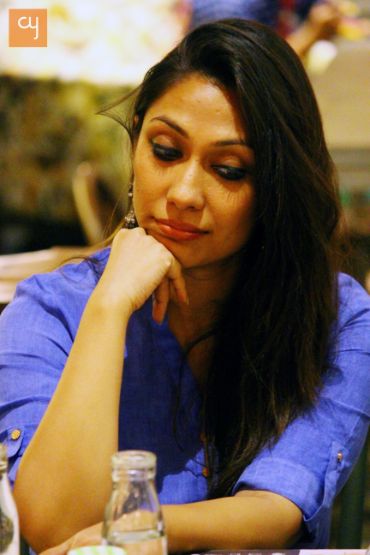 While both enjoy taking risks, Sanjukta is clear about what she wants to do. “Life is too short, one has got to do what one wants to do. You need to know what you want, where you belong,” says the Kathak dancer. Mirande, also “outgoing and experimental”, believes she negotiates ifs and buts in her head but “looking at Sanjukta I do believe that sometimes it’s good to just act upon our thought or feeling.”

The two artists work hard and party harder. But, each happens at its time. “You can never lose focus,” says Sanjukta, matter of fact, as Mirande pitches in, “That’s the thing about her. She always knows what she wants to do, where she is headed. I have learnt a lot from experienced singers, musicians and experts but of all mentors I’ve had, she’s the most secure about her work.”

Perhaps this is a good meter to measure camaraderie and success. It is refreshing, too. Two artists, both young, singing their own tunes. Together.