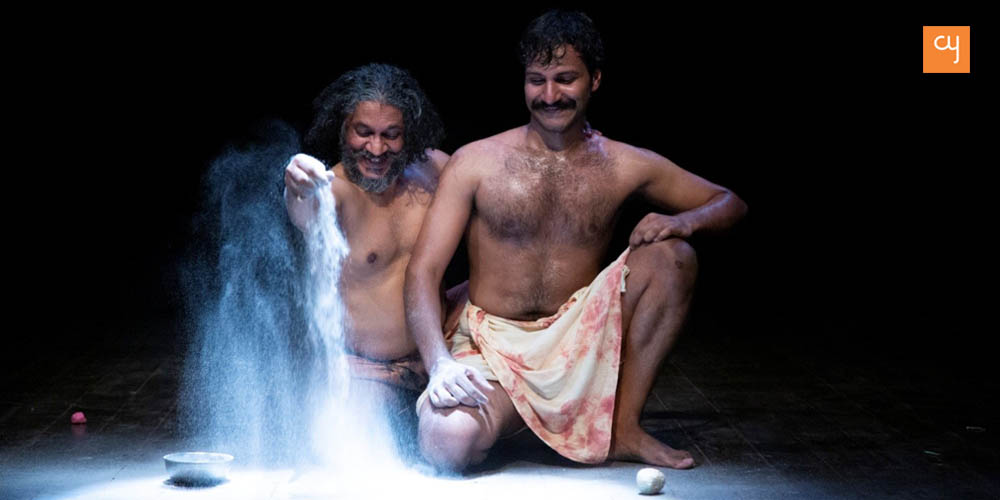 The Adi Shakti theatre group from near Pondicherry brought Bali, their first production without Veenapani Chawla, to Natarani as part of its ongoing Theatre Festival. You sit up and watch it for the special theatre style in which it is cast and for its theme. It is a stylized dramatic presentation connected to our cultural roots and it suits a critical view of a significant episode from the epic Ramayana. Leading a battle against the demon king Ravana, who has kidnapped and kept his wife Sita captive Rama seeks help from Sugreeva. 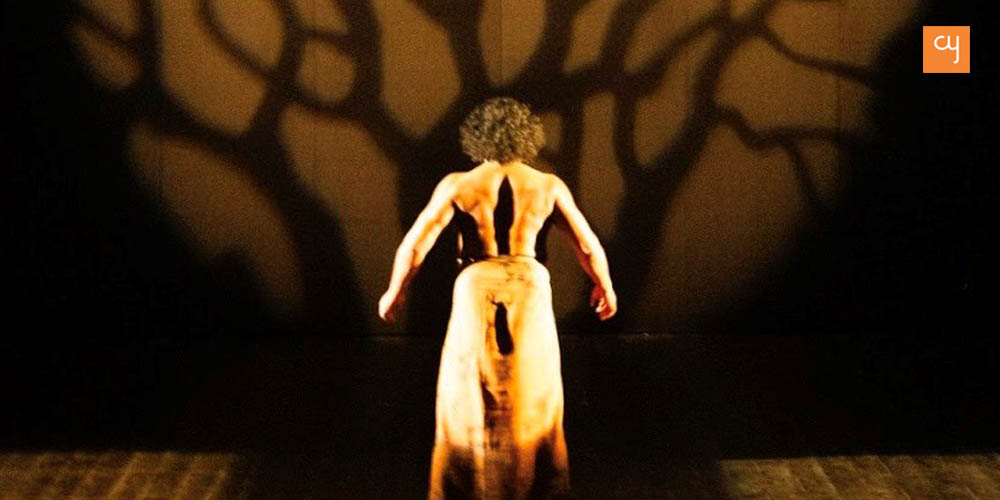 Now Sugreeva is determined to avenge his elder brother Bali (Vaali) for what he has done to him. While fighting a demon, in pursuit of the enemy Bali had entered a cave asking Sugreeva to stand guard at the entrance. For long Bali did not return, blood flowed out of the cave and Sugreeva believed him dead. He ascended the throne. Bali, not really dead however, returned. Smacking of betrayal, outraged he threw Sugreeva out of the kingdom and by force took his wife. 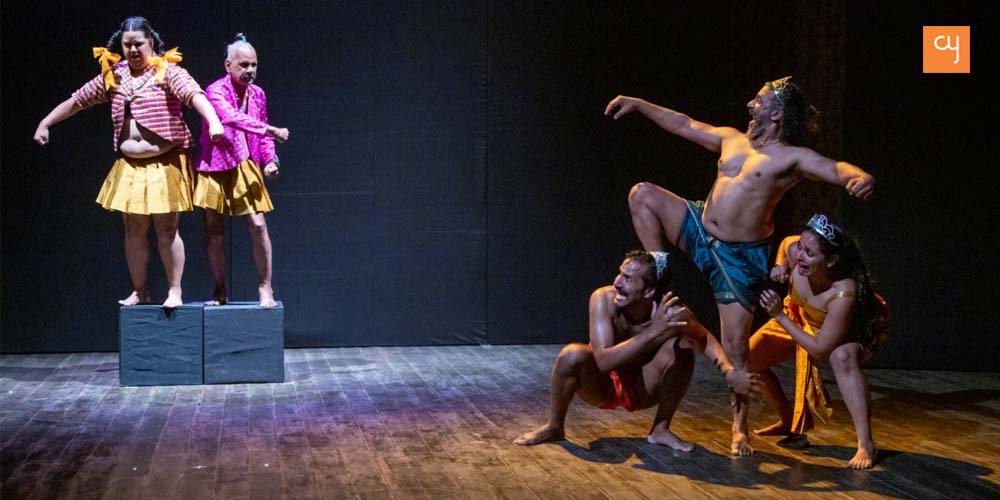 In return for Rama’s promise that he would kill Bali and make Sugreeva king, did Sugreeva agree to do all he could to help the King of Ayodhya in his battle against Ravana. Later, Rama is known to have killed him through treachery. This was a political deal. Is everything fair in love and war? Even political strategies without consideration of the fairness or otherwise of the means employed? Not as many episodes from the Ramayana have been brought to debate as those from the Mahabharata. Writer-director Nimmy Raphel goes back to this Ramayana episode. She analyzes and reinterprets it. The analysis prompts her to ask other related questions too. 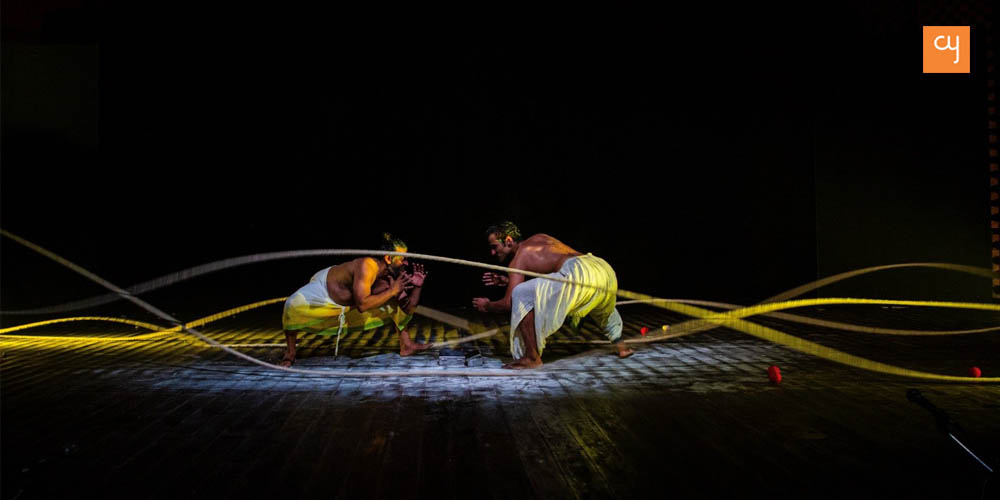 For the time of the tale to appear real and the questions she raises not irreverent to the tradition and the cult figure, with trained talented performers of Adi Shakti she has developed a special performance idiom – music and silence integrally contribute to it – that is physical and at the same time stimulating to the mind. Among the viewers who were on their feet on having watched Bali in such silence that one would have heard a pin drop (when there was silence on stage, that is!) at the venue on November 12 appreciating the telling aesthetics and communication the play made were performing artists and theatre lovers.

There was minimalistic verbal communication, in an impressively dignified articulation in English during the combats balanced by its colloquial counterparts in lighter scenes with a sprinkling of other languages as well. The slow-motion combats, looking ritualized, formed the backbone of the performance. The opening scene in which Sugreeva with his back to the audience and unusual muscular build – such that in films it needs a specialized projection – invokes invincibility, as also those scenes with two women in playful nonverbal interaction and those with chirpy vidushakas remains etched in memory.

Vinay Kumar as Sugreeva and Arvind Rane as Bali powerfully demonstrate with their physical prowess and the interaction they develop through it how without language intensity of feelings can be expressed. With the physical performance developed, without appearing to be irreverent the director engages spectators at the intellectual and ethical levels.