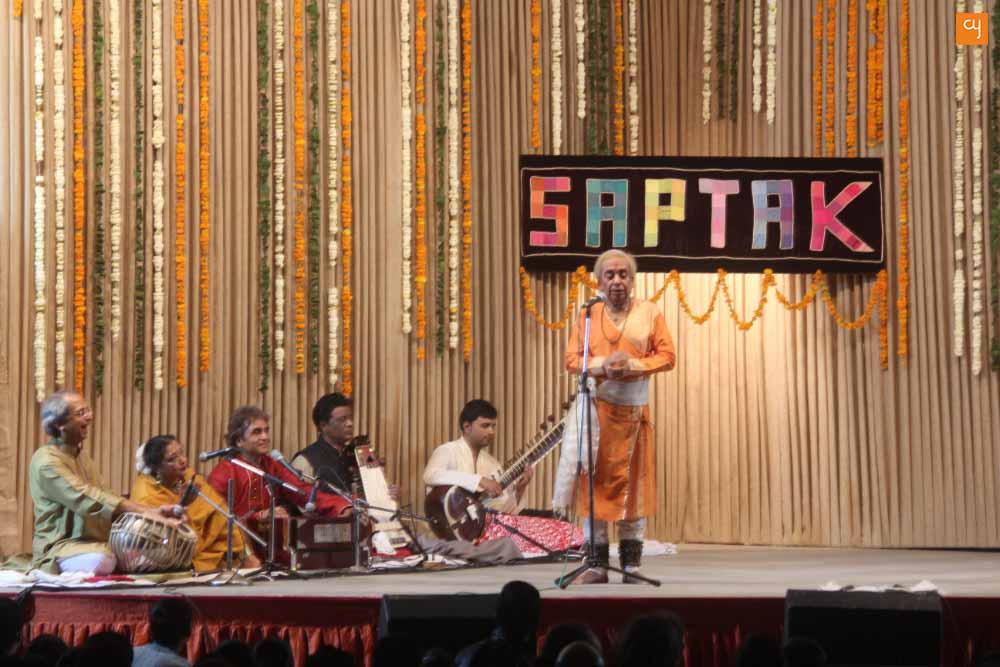 Pt Birju Maharaj is perceived by dancers and dance lovers all over the country, irrespective of the form or gharana, as a colossus in classical dance.  At the Saptak Music Festival for many years, he has been along with a few classical music performers finding the largest audience. The Kathak maestro whose name is synonymous with dance, at the threshold of becoming an octogenarian, creates a thrilling experience for particularly the young in the audience. 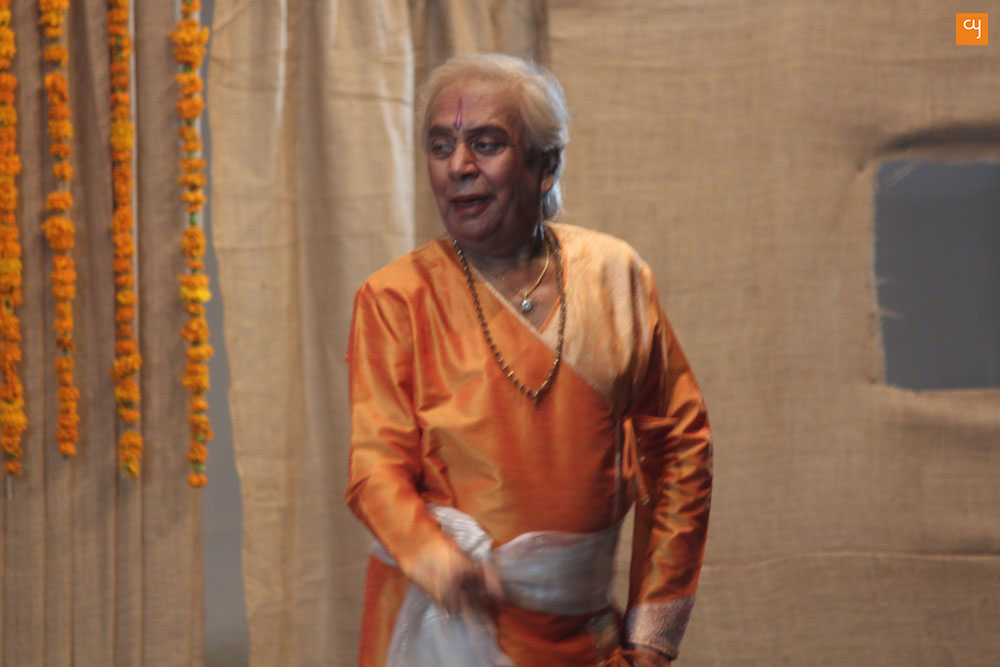 Age did show up when the charismatic Maharaja of Kathak finally appeared on the stage past midnight after a long wait on Monday turned Tuesday.  His characteristic verve, mobility, the lyricism of movement and subtle nuances of abhivyakti seemed a bit diminished but he did not allow them to get the better of the charm of Kathak he has acquired and demonstrated in his earlier years as the living descendant of the legendary Maharaj family of the celebrated Lucknow gharana. Art is integral to the life of its genuine pursuer.

In his seemingly endless ginti and tihaai variations, which always delight an audience, rhythm as yet remains in his breath and expression in his very being. With the personal rapport that he enjoys with the audience, he sometimes fondly indulges them as much as the audience indulges him! He occasionally gives a taste of his ready humour and the ‘observation’ his ear has made, through the emulation of the sound and its rhythm in his performance. Irrepressibly, he turns to shringara in his presentations on Kaisi bajaai gayo shyaam and an innovative jugalbandi between the soft female sounds of ghungharu and the stronger counterparts on the tabla, culminating in the awaited union. 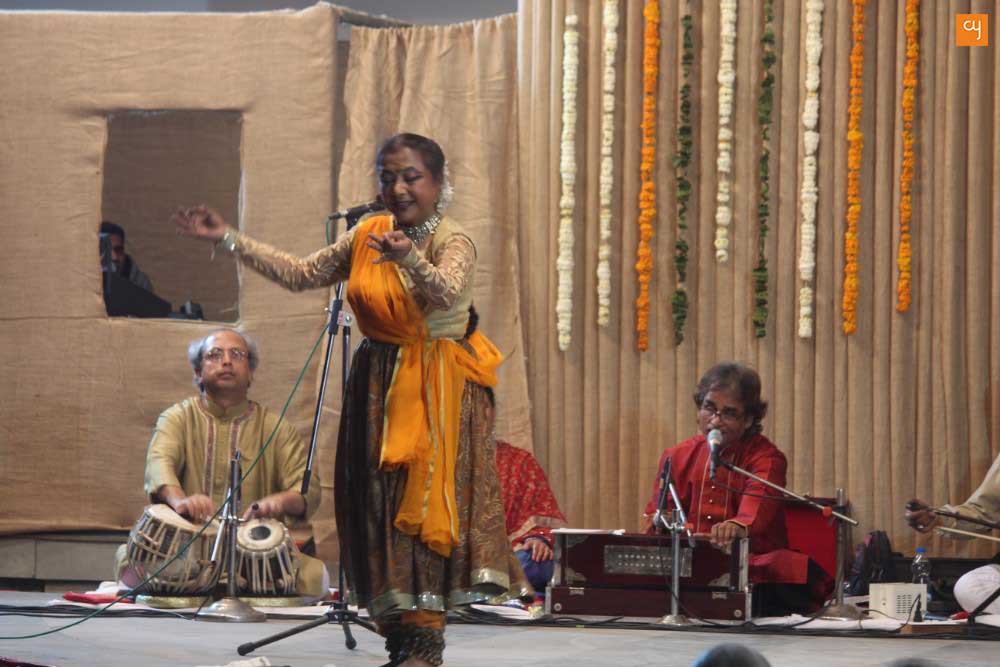 Earlier, Maharaj’s most senior disciple Saswati Sen turned to ginti too, so did Ragini Maharaj, their young disciple and Maharaj’s granddaughter, later, perhaps because the audience appreciates it. The highlights of Saswatiji’s performance were Jay jay Radhe, a devotional song, and as a tribute to Begum Akhtar, Koyaliya mat kar tu pukar. Both combined kavit, rhythm and abhinaya. Ragini’s performance had technical brilliance and during it the musical support remained more engaging (Tabla: Yogesh Samsi; Vocals: Birju Maharaj). In the basic elements of Kathak she presented, there was fataaka ki tihai with a characteristic Birju Maharaj touch to it.