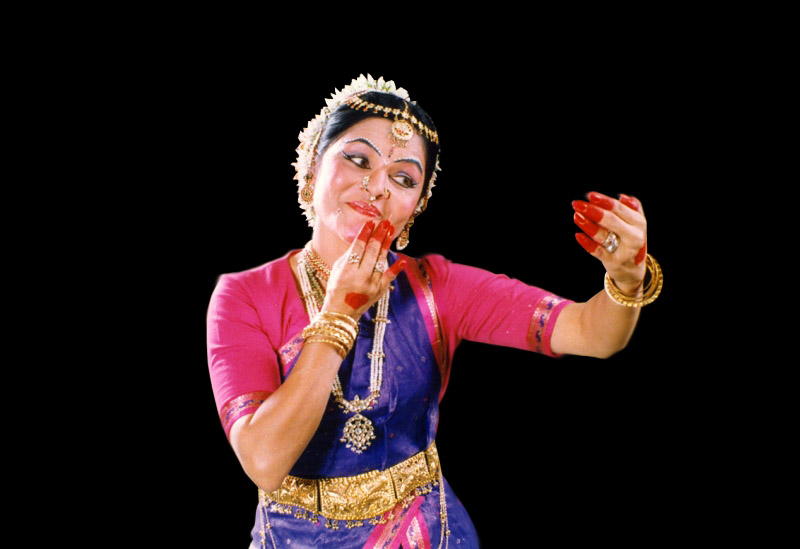 Dancing feet and spirit seem to shed ten to fifteen years, if not more, from a senior dancer’s age. In an hour-long Kuchipudi solo performance, a septuagenarian Smita Shastri gave at Saptak, it was her pada lalitya that captured viewers’ attention along with her body language and facial expression. Of the Nritta and Nritya aspects of the ancient dance form that used to be performed both in temples and outside in the open, she chose to present the Nritya aspect in a Shabdam, a Padam and a Kautvam, each a tiny one, with a bit of Nritta thrown in.

With the rhythmic patterns and musical notes only supporting the flowing verbal narrative, in Krishna Shabdam Smita Shastri portrays a mugdha young gopi rather amorously longing for Lord Krishna to come. The song punctuated with chants of Tripu ra ra expresses her ardour. He is to her the most handsome, balanced, dignified and courageous young man, Yashoda’s son, who loves art. She makes a garland of flowers and sandal paste and waits to welcome him. Here he comes and her boundless joy she expresses dancing.

The dancer springs a welcome surprise with a Padam based on a Gujarati song instead of a traditional song in Telugu. The simple words of the song by perhaps an anonymous poet – it sounds like a folk song – are feelingly rendered by Maya Deepak in Naynesh Jani’s musical composition. Fondly the veteran Kuchipudi dancer visualizes Lord Rama delicately helping Sita in her shringar – Sitaji-ne shanagaare chhe Ram… He puts a band made of Jasmine buds round her waist and so on. Unlike the eternally romantic Krishna, the maryada-purushottam hero stops short of playing an amorous game with her!

The poet’s imagery stirs a sensitive viewer. The basket of Vasant, the Queen of Seasons, is full to the brim with flowers. From it, the poet imagines, the Nayaka picks up Jasmine buds. And who beholds these rare moments in the lives of both? It is none other than the Goddess of Love Rati, Kamdev’s female counterpart. The senior dancer, a recognized Kuchipudi exponent known for her aesthetic sense, conjures up appropriate bhavas and also gives a refreshing feel of a restrained shringar ambience permeating the universe under the influence of raag Bageshri.

In the concluding segment, the dancer trained in this dance form by the late Guru Acharyulu around three decades ago in Ahmedabad, does Mayoor Kautvam. A Kautvam has always a popular appeal. It fascinates viewers with even a nodding acquaintance with a classical dance. The dancer now, to a hymn invoking Lord Kartikey, on a large white rectangular sheet on the floor held tight in a wooden frame dances. She so dances, looking at her feet though from time to time, that the sheet receives on it an impression of a peacock, the Lord’s vaahana, bright blue with the powder spread on the floor below it.