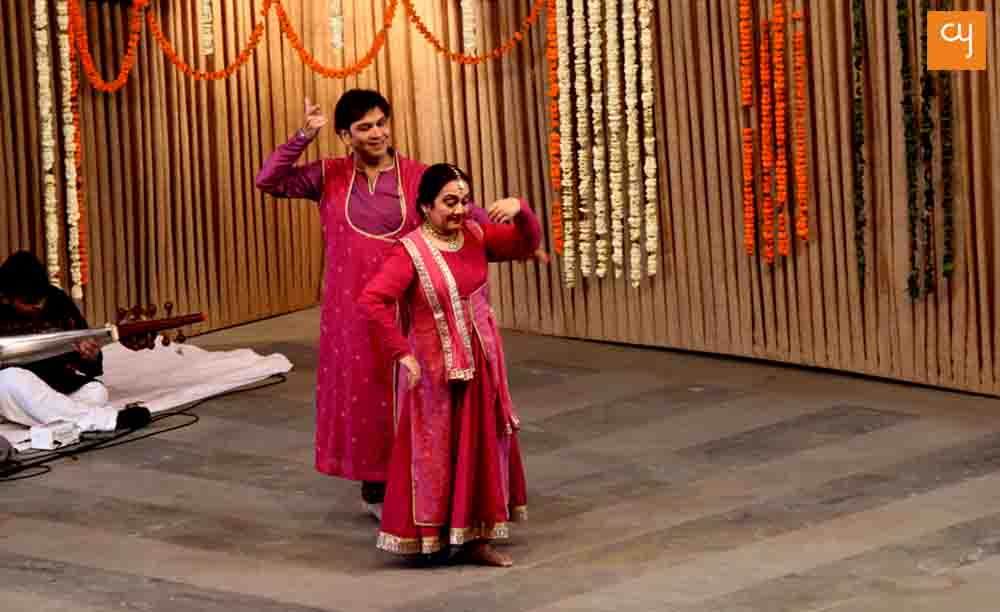 Our classical dancers are articulate. ‘On this stage you have seen,’ Maulik Shah initially said at Saptak on Sunday, ‘two Kathak performances – one with gaharaiyaa-n in it, the other the tarvaraat of an emerging young Kathak dancer.‘ ‘We’ll try,’ he went on as Ishira Parikh waited in the centre beaming with a smile, looking now at him, now at the audience, ‘to be a setu between the two.’ The duo, directors of Anart, have always tried to be a bridge between the tradition and the audience of today, anyway.

The dancing couple lived up to the expectations from them and went beyond. Two motifs kept recurring in their brilliantly innovative performance. One, the endearing visual images of togetherness – those prototypical of Shiva standing behind Parvati on his left, his left hand around her gently at the waist and of happy interactive glances even while one is addressing the audience. One of the country’s most lovable and talented dancing couples, they have always visually conveyed this togetherness in their performances as on this day. They remained constantly in an engaging nonverbal samvaad as much with each other as with the tabla player, strengthened with the sound of ghungharu.  One a fountain of controlled male energy, the other a rivulet of flowing feminine grace, complemented each other with the mellowness all their own. 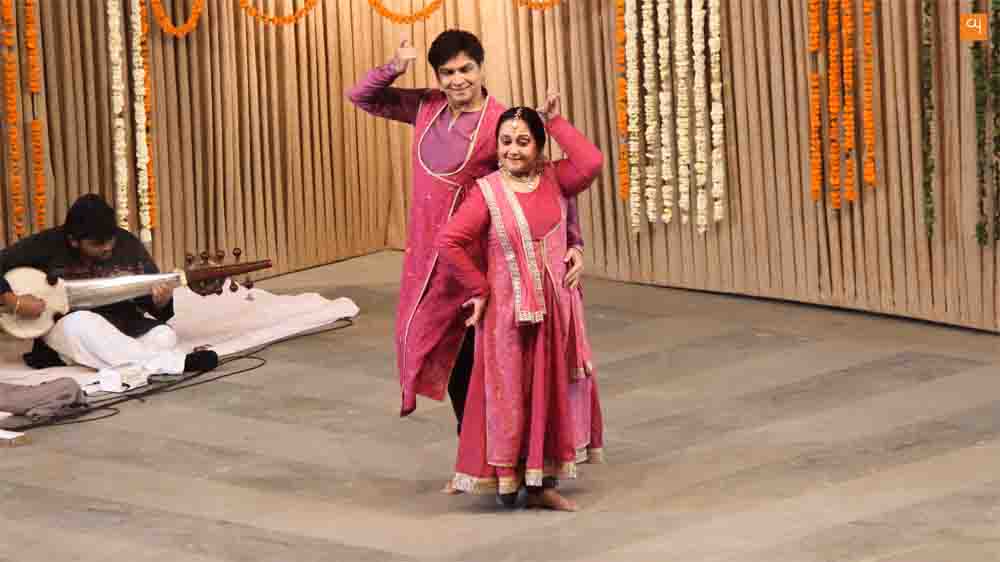 The other manifest motif is auditory becoming extrasensory, which has a thematic value for the performance specially prepared.  In elements like ginati, enunciated clearly by Maulik in words, they did not seem to present mathematical counts. What charmed the audience no end was how, harmonizing strong beats on the tabla (an absolute treat from Sapan Anjaria) with softer responses by the ghungharu and a joyously expressive mood of the dancers, a feel of an exhilarating flow of laya was created. The creative process was lifted and put into a throbbing laya orbit analogous in a tiny way to the universal laya all arts emulate.

Details of the varying uthans, todas, tukdas, chakkars, a delectable ascent of quick gradual rhythmic steps and back, the 13-beat taal Jaya, an elegant riding of the opening syllable of a rhythmic pattern sam, the tera-mera mera-tera ‘ duet in splits of the 13 beats, the ghar-vaapasi to teen taal and a taal samuchchaya would sound prosaic when the dancers meant to offer a garland of flowers of varying hues strung together between two devotional offerings Namah Shivaay and Yah binatee Raghuvir Gosaai in Prahar Vora’s voice accompanied by Ikram Khan on the sarangi and Hriday Desai on the harmonium. It’s an offering to the contemporary audience as well of a rich tradition in their idiom undiluted in authenticity. 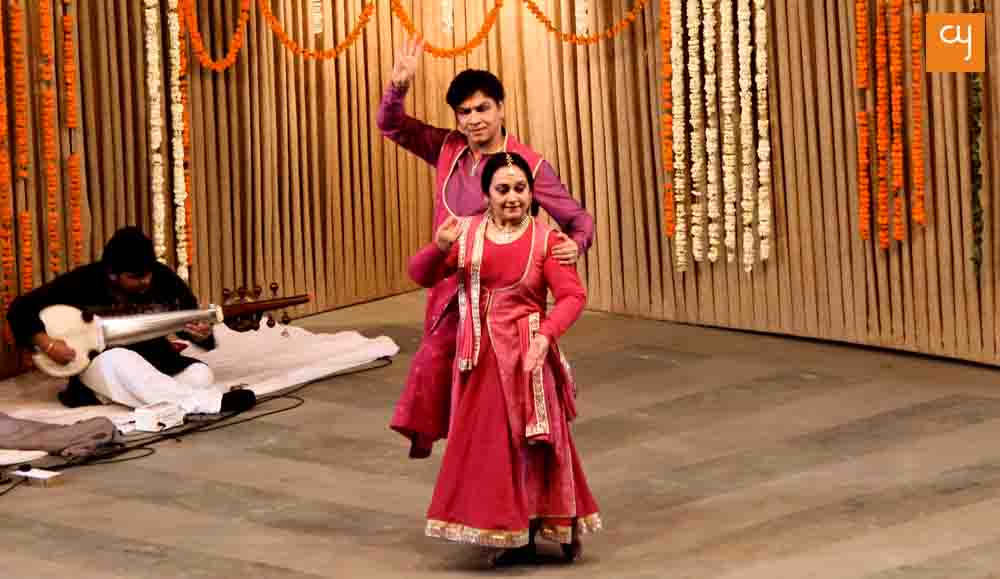