The dance teachers at Kadamb – Sanjukta, Rupanshi, Nandini, Nilima, Manasi – turned its annual day programme (H. K. Auditorium on 17/3) into a well-conceptualized event. They surprised their celebrated guru Kumudini Lakhia, who is showing no signs of growing nervous in her approaching nineties, with select path-breaking choreographies from those she has created during last forty-five years recreated with current students participating in them. With glimpses of their vitality the teachers, all her erstwhile students reaffirmed to their guru that her legacy is safe in their hands.

With exams coinciding, around a hundred of a hundred and fifty students participated in seven segments of the well-coordinated programme, compered by Piyali Mukherjee. Like a single movement flowing from a dancer to another in a row, original choreographies with five or six dancers (one could reminisce faces of Ishira and Vaishali and Prashant…) turned into the ones with up to forty budding dancers. The teachers patiently studied them in the archives, taking care to not show the act of re-creation to their guru till the stage of dress rehearsal. The freshness of the original creation, as of morning dew, way back in ‘73 or ’85, gave way to the magic of revival in 2019. 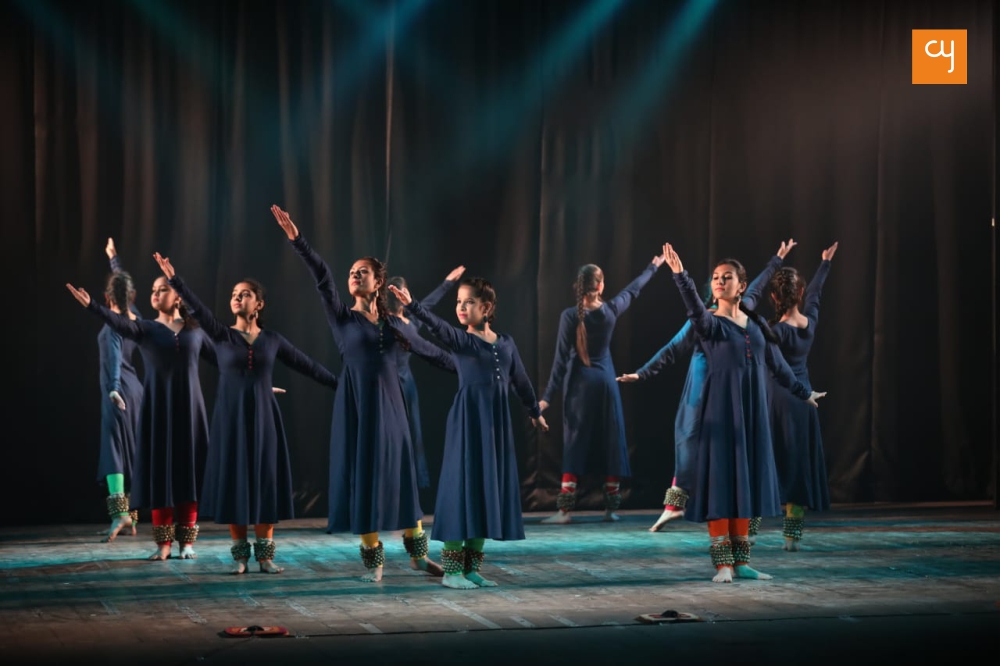 The revival highlighted elements that distinguish these choreographies. With the potential to enliven up their participants and exhilarate the viewers anytime, they have a universal character. Even budding dancers – budding at varying stages of growth – interspersed in Samanvay, Shravan, Tarana, Praarambh, Fulvaadi and Suvarna with Kaayachakra adding a contemporary choreographic force to the cluster, demonstrated that dance is not a mechanical movement of hands, fingers, eyes, feet and the whole body. It is a celebratory expression of the joy of life.

The concept of dance Kumudini Lakhia has nurtured at Kadamb celebrates life with its invigorating sensory perceptions, those particularly of seeing, hearing and touch producing in their culmination the sixth extrasensory perception of joy within as well both for the dancer and the viewer. There is a significant opening to Shravana. The lead dancer (Vaishnavi) enters and intent on listening to the rhythm the earth gives out, puts her ear close to the soil. Shooing discordance away, she seeks harmony with that rhythm in dominant moments of silence. The human body being a part of the elements of nature responds to the rhythm with dance. 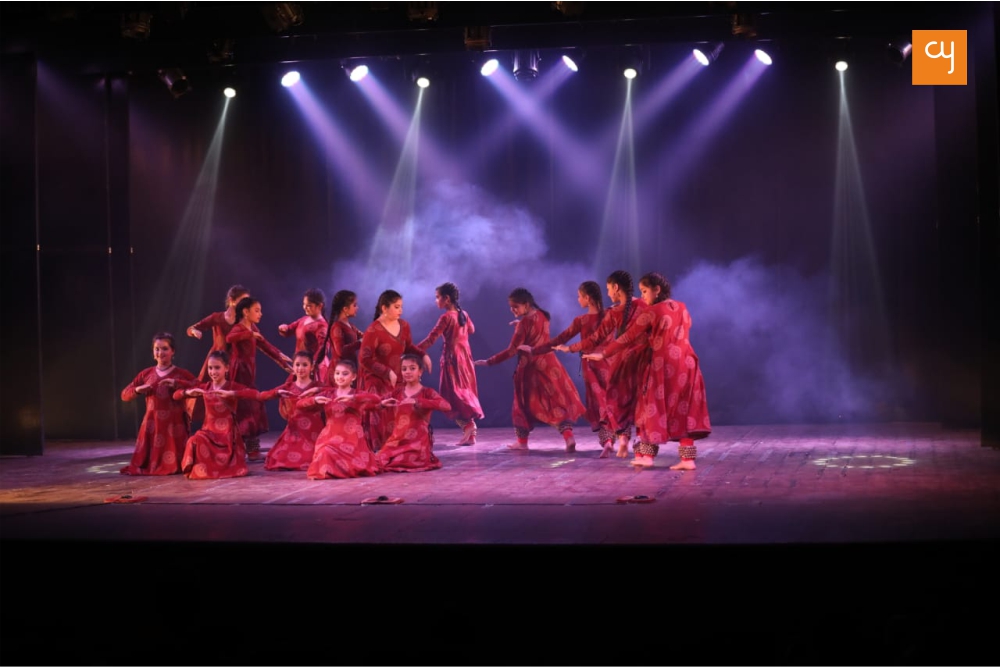 Music and dance go hand in hand. A pronounced blend of the two was seen and felt in Samanvay in teen taal in Atul Desai’s music, to which other choreographies as well are set. As the initial choreographic piece, it emerged as if from a distance under a thin smokescreen. In group formations with glowing teenage faces there are traces of originality as well. The young dancers with a feel of being in step with recognized Kadamb dancers slide in, bloom in clusters, interact, get still and flow like rivulets, take in the fresh air from all directions and remain anchored within as steady eyes show.

Music and movement blend into one and in culminating moments enthrall in the majestic ambience of Malkauns in Tarana. Sweetly a bunch of pretty girls yet perhaps not in their teens, clad in the flowing light pink Mughal attire with a muslin dupatta of a colour in contrast, growing mutually interactive elegantly essay to an ascending tempo of laya the nazakat associated with the culture. Music transports them to altogether a different milieu. 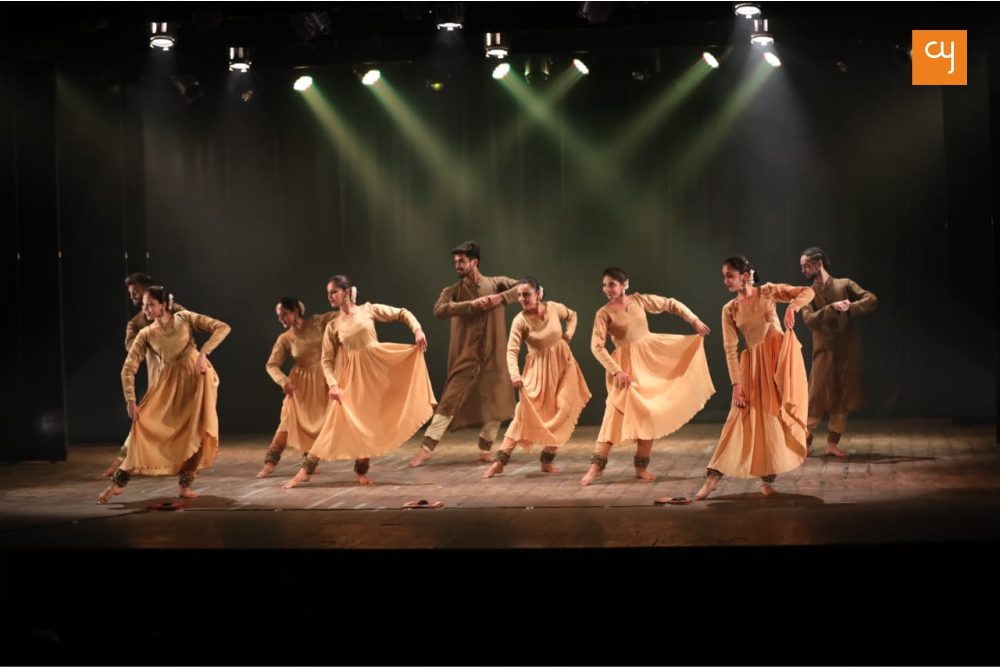 When India was celebrating Golden Jubilee of its Independence, Suvarna was created. Though a specific point in time occasioned it, the choreographer’s aesthetic sense turned it into a visual masterpiece celebrating the spirit of freedom. It is recreated pretty successfully with senior students (led by Anar and Pankaj).  The controlled abandon of the dancers, their dignified bearing, the emotional space the girls in their golden-hued attire feel, the joy the group formations express, the music that accompanies them – all this subtly signifies the freedom the unshackled human spirit feels.

Atah Kim (So, what now?) has been greeted with most varied interpretations and responses since 1981. Getting it performed by around forty kids with a couple of other young beginners is a bold initiative. The frame symbolizing a contemporary thinking mind seeking a departure from a tradition, the comprehensible contrast between the familiar percussion rhythm and the radically different electronic music and the visible dialogue between groups of dancers remain an engaging dramatic element in the production. 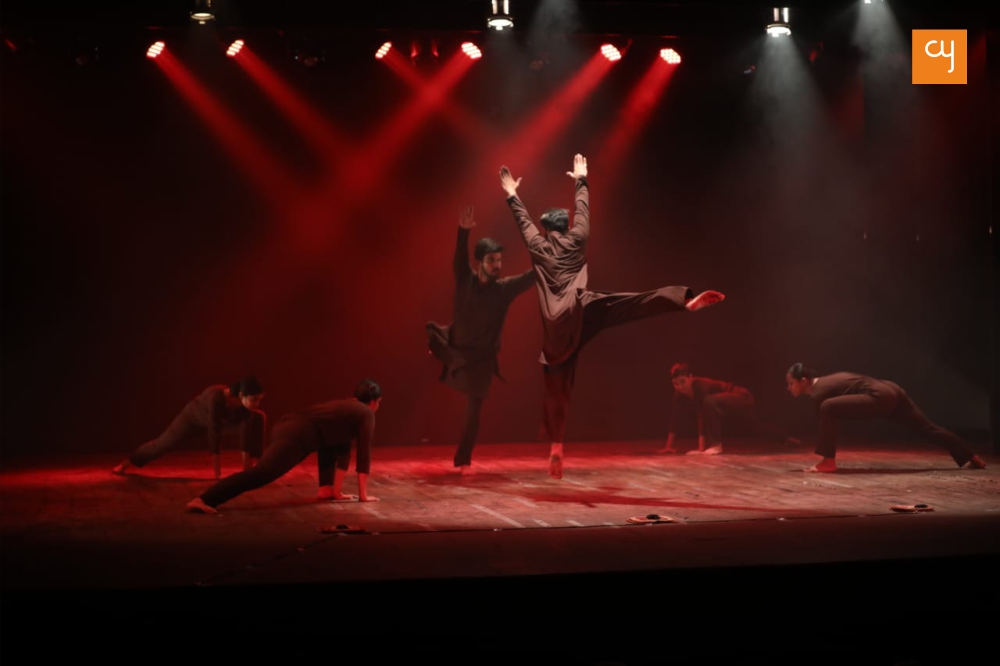 Pretty engaging were Fulwadi and Praarambh, both presenting tiny beginners taking their initial steps in Kathak. They got an opportunity to have a feel of what being on stage is for a performance with others. Neither these dancing little girls nor others, including the senior ones, were required to do any special makeup, get decked up with glittering ornaments or put on uncomfortable costumes. Grown-up girls in a group wore their hair in braids. All this has educative value and, importantly, develops taste, even among the viewers. Lights for all the segments were designed by Harry.

Padma Kumar alias Pappan has been training for the last two years a batch of students at Kadamb in the art of Kalaripayattu, probably the most ancient of martial art forms of the world. In a piece choreographed by him he would like to call Hieroglyphics, five girls (led by Mitali), regular members of Kadamb’s performance group known for their feminine grace were seen in spectacular muscular combative action along with two boys of the group. Kerala has women proficient in the technique of this martial art having close links with certain classical dance forms. 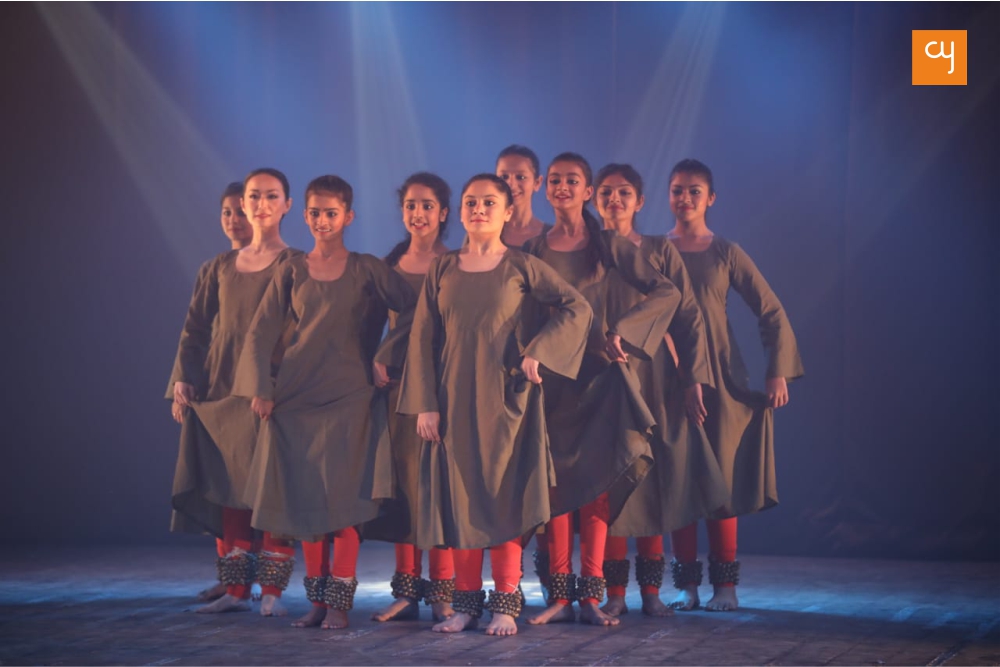 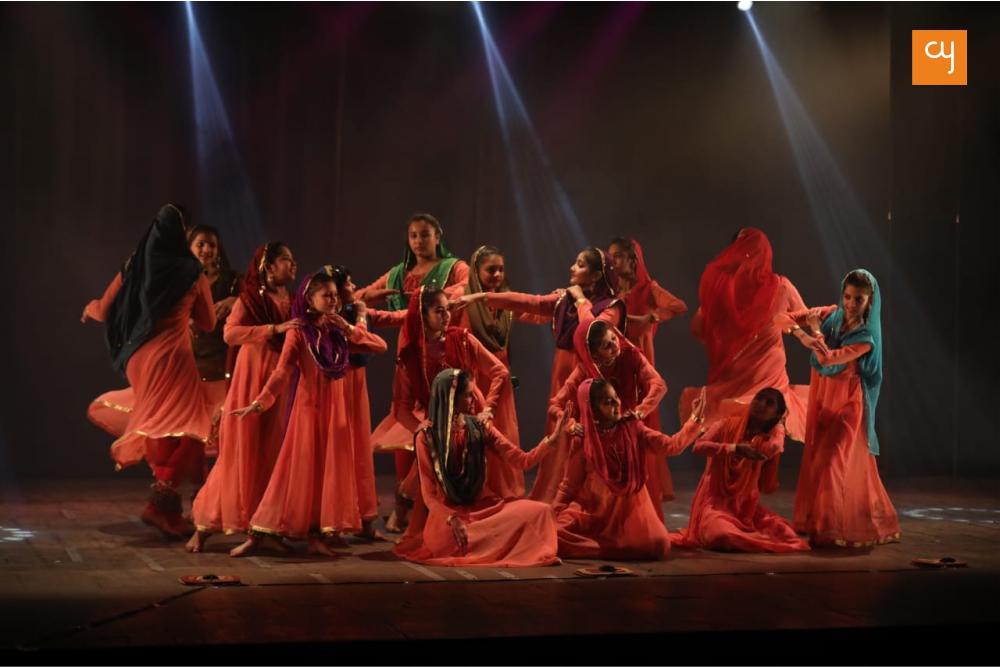 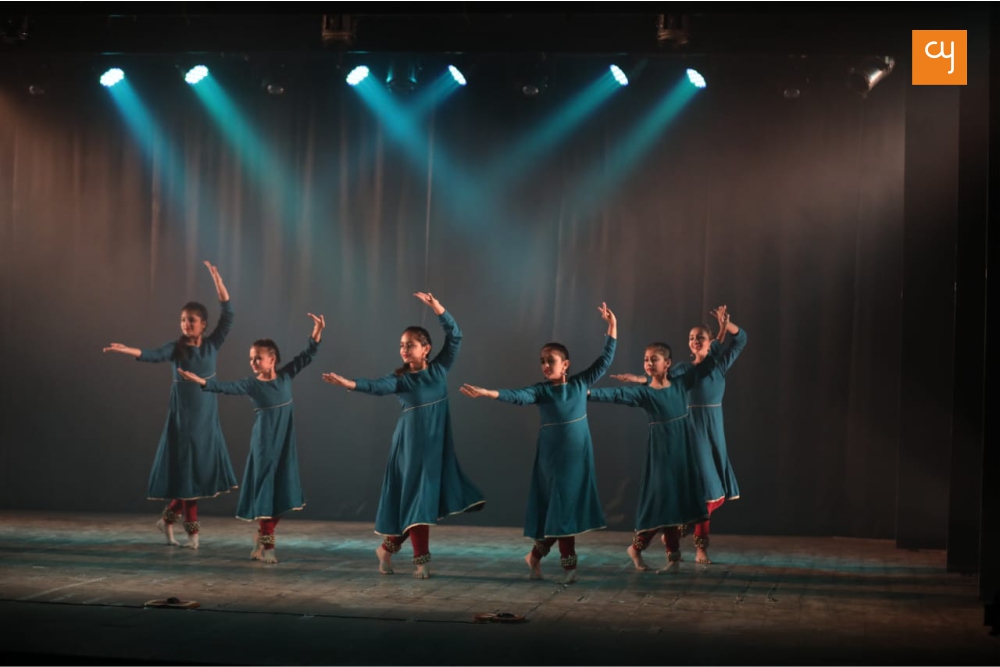