Ranjumoni Saikia’s opening performance at the two-day Nrutyotsavam (H. K. Auditorium, 24/3), organized by Rucha Bhatt’s Kalalayam proved significance of such a national classical dance festival. 500-year-old Sattriya dance of Assam, introduced as the 8th classical dance just twenty years ago, is gradually getting known all over India. (Even the organizers mentioned it as Kshatriya dance in their designed publicity image!) Kalalalyam girls (Janaki, Priyal, Priya, Anushree) did a short Mallari, a Bharatanatyam dance to Nadaswaram in the beginning of a temple procession, specially choreographed for the event, in a pretty confident style. A national festival creates awareness among budding dancers of the level of attainment that beckons to them and develops taste among the viewers.

Sattriya dance used to be performed by monks in monasteries. Ranjumoni Saikia, elder daughter of Guru Raseshwar Saikia, who has trained many female dancers in it, is a leading dancer-choreographer and a prominent guru in the form. Ranjumoni’s performance gave a feel of the tradition it springs from. Beginning with a four-shloka Krishna Vandana, with intricate hand gestures and an elegant gait and movement, characteristic of the form steeped in bhakti, went on to portray with reverence the Lord to an enchanting blend of khol (Mridanga) beats, tinkles of manjeera and notes flowing from the flute.

Avijit Das, trained under renowned gurus, gave a sparkling Kuchipudi performance, receiving intermittent applause from the viewers. Though of a slender frame, with a refreshing felicity of expression, he moved light-footed and lithely, enjoying the freedom of space he felt in a play with children leading child Krishna beneath water and to a duel with Kaliya Nag in Kaliya Mardan. Now still, now appearing effortlessly flowing, his body never losing symmetry and poise, he remained admirably engaging with his eyes, hand gestures, mudras and footwork in both nrittta and nritya aspects of Kuchipudi.

V Anuradha Sing, who performed next, belongs to the fourth Kathak gharana not many are familiar with – the Raigadh gharana. She is known to be its leading dancer and has had recognition up to the international level. Her performance – a Shiva Stotra, ‘foot percussion’, Ginati, Thumri, movements noticed in nature and all – was remarkable for the energy she put into it with a great deal of confidence and the audience seemed to be impressed by it. 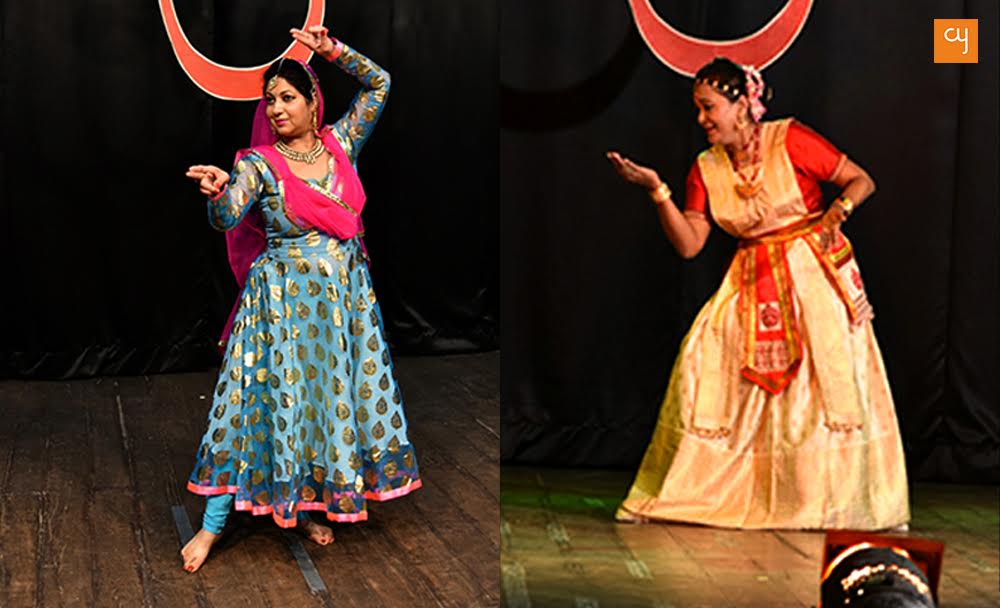 Those discerning in the audience however looked for subtlety, sophistication, control, completion in the execution of hand gestures and a smooth flow blending with the beats. She appeared tired and in a bit of a hurry performing to recorded music, which at times remained overpowering. She also took over double the time given to her by the organizers.

Day One of the dance festival proved interesting enough for the audience to look forward to Day Two.