The Voice Within has a theme of contemporary interest 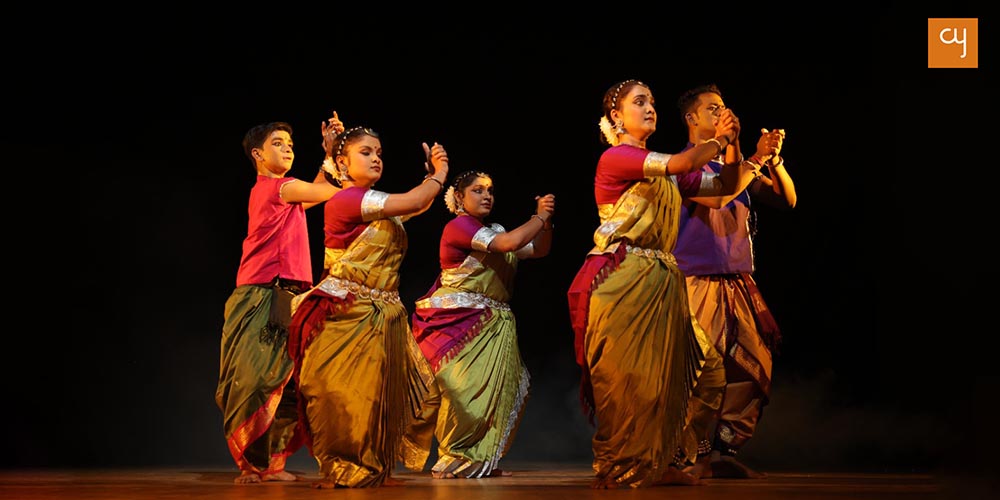 By its fourth annual edition, Abhivyakti, the City Arts Project, has proved that it serves more than the one objective it set out to achieve. Yes, it has provided the much-needed platform to budding artists to demonstrate their talent in Ahmedabad. It has also generated interest among the youth for the arts and has started developing taste for them. It has helped develop sensitivity among artists to understand the complementary nature of the arts. And, among others, it has been creating awareness in society to take them seriously and encourage their practitioners. 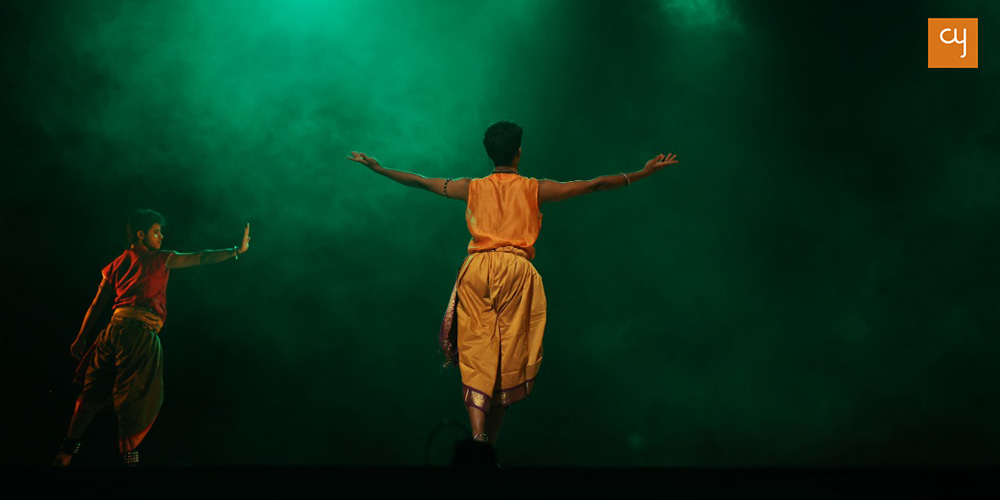 It was heartening to see P M Kumar, who recently came from Kerala and joined J G College of Performing Arts as a young faculty, with his Bharatanatyam students giving voice to the family and society not wholeheartedly supporting budding artists, let alone guiding and leading them to their goal. With the title The Voice Within that arouses curiosity and raises expectations, the young performers blend in it steps of the traditional dance form, a bit of nonverbal drama and a message, which being wordless turns effective. It rather touchingly focuses on the painful struggle a boy faces because his dance pursuit does not agree with what his family and society expect him to conventionally do. 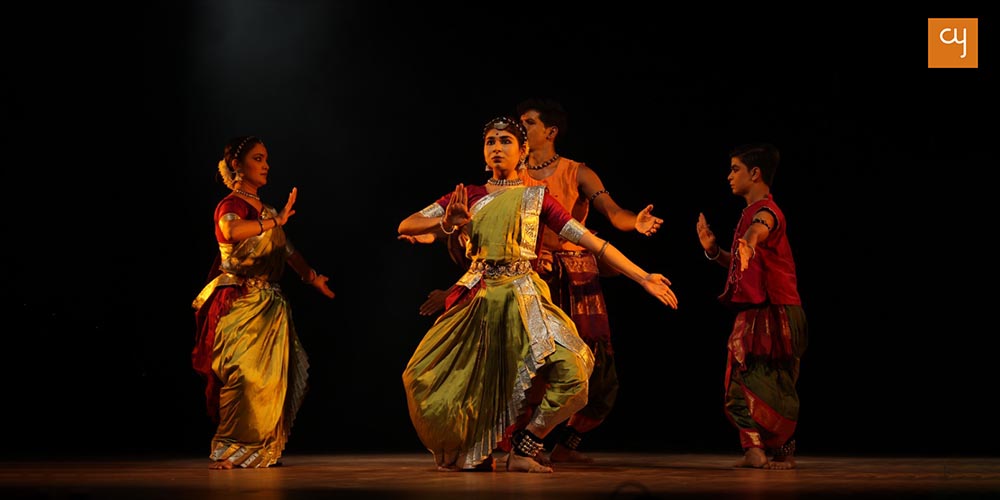 The boy (Kumar) with four dancers on one side and three more on the other (Darshini, Samrat, Shreejith, Siddhi, Bhagwat, Kinnari, Anjali) initally looks lost in the thought of what he would like to do in life. Some of the basic steps and bols of Bharatanatyam they are at home with seem to emphasize his brooding. Parents and society expect him to have formal education and earn a living. He is not sure, but begins following them rather uncomfortably and unsuccessfully. His calling is different. The outside forces, now surrounding him, now confronting, now pulling him back, bewilder and torment him. 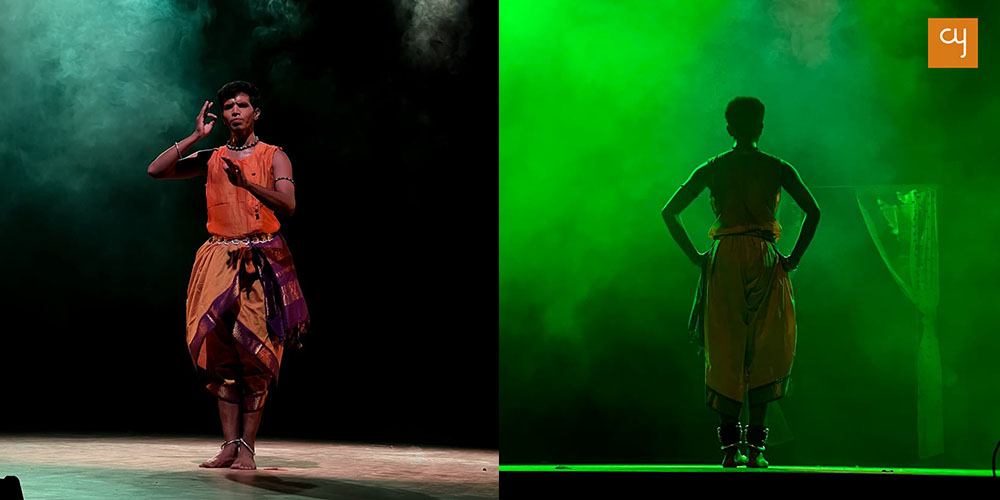 He happens to hear sounds of ghunghroo and percussion beats from a neighbouring dance class one day. He tries dancing and that enlivens him. He follows the urge from within and becomes a dancer. Following struggle after difficult struggle, he gets recognition as one. The concluding sequence is a delightful celebratory Tarana. The performance is interspersed with neat solo and group dances with Jayan Nair’s dependable music. The lights, pretty good, are by Suraj Nayak. A positive audience response incidentally shows that the presentation has a theme of contemporary interest. 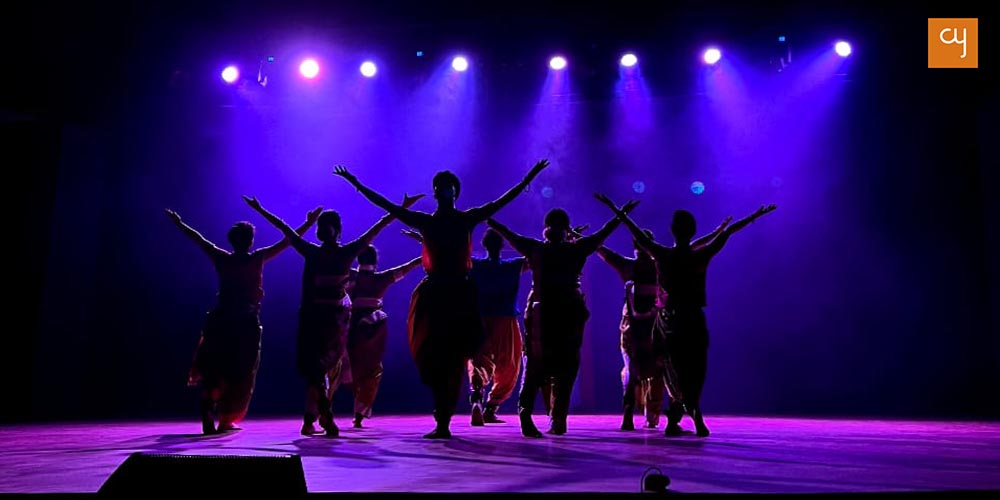 The Voice Within is young amateurs’ modest attempt to convey a message through Bharatanatyam dance skills. Its theme focuses on a young person’s need to follow his inner urge, which is largely shared. It leaves though scope for a presentation relying more on the power of suggestion.