Riding the crest of success, SSDC opens another branch 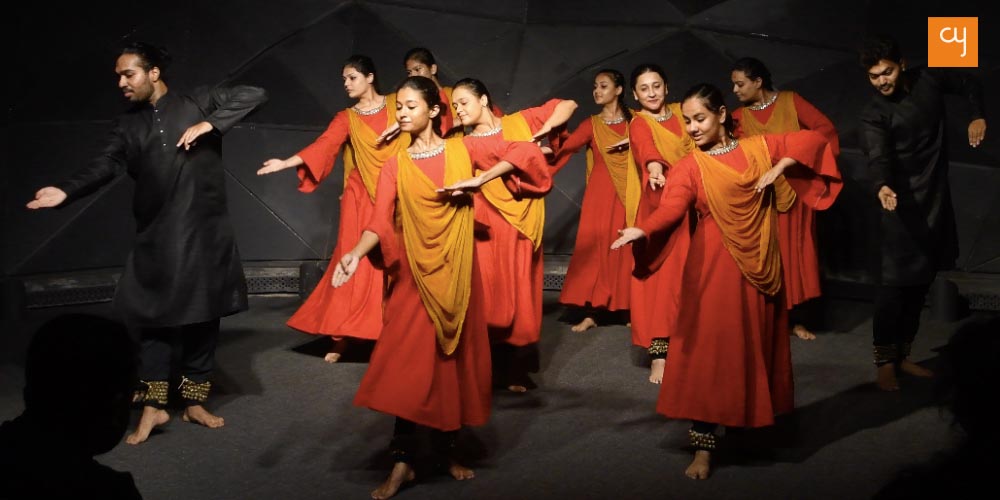 It is heart-warming for an art lover to see a young dancer and her team – Sanjukta Sinha Dance Company – looking back on the last three productive years with pride and riding the crest of success unfolding an optimistic vision for the future of dance with another branch. SSDC held its third annual day performances Taleem at Abhay Mangaldas’s cozy new creative space Bucky Gallery near Parimal Garden in a welcoming ambience last Saturday and opened the second branch in Majestic building on Sunday a few steps away.

Under the dome covered with paintings by famous artists, the performance space provided an intimate view to the audience – a new experience, as the host Abhay Mangaldas whispered. The event that evening, perhaps the first dance event there, took off with a pleasingly flowing spectacular invocation to the god of auspicious new beginnings : Gajamukha Gajanana Ganesha. With her senior students (Krutika, Vidhi, Bhakti, Shalini, Anjali, Pankaj, Hien, Shantanu, Vihanga) some of whom also share teaching responsibility, as participants in it, the short dance piece was choreographed by Sanjukta Sinha.

Following this traditional offering, which set the tone and built anticipation for the viewers, close to fifty students participated batch-wise in Taleem. With no ambitious choreographic works, the one-hour compact programme was understandably designed to give the learners of the difficult dance form reassurance that their modest attainment was viewable. The parents and family members felt reassured too, judging by their appreciative response, that the budding dancers who had invested time in learning a performing art rather than going to fun-filled parties every evening, were engaged in empowering themselves with something of intrinsic worth.

The compere kept emphasizing that their endeavour at the Company was to modestly being in the process of passing on our dance heritage to keen learners and Sanjukta later fondly accepted gratefulness to her gurus and her efforts being very modest to keep an art form alive and throbbing. The music for the performances was recorded by young talents – Azam Khan on the Tabla, Irfan Khan on the Sarangi,  Vocals by Adil Khan, with Manthan Bhatt’s technical support. The age of the dancers ranged from just five to fifties. Their beaming smiles suggested there was no inhibition on the part of either the young ones or the elderly. 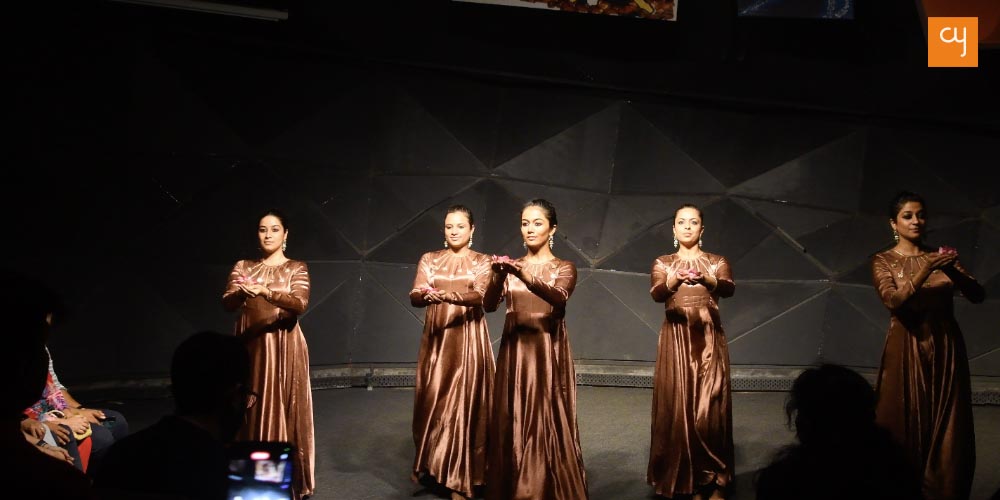 The first batch to perform with confidence had Krutika Ghanekar’s students who wore the ghungroo and learnt being in rhythm with their feet, not forgetting movement of hands and eyes only six months ago. Shalini Upadhyay’s batch, waiting in the wings for their turn, entered next, joyously with an endearing Salaami ‘ – salutations to the viewers for whom the dancer dances – in the syllables of aamad. The new generation viewers thus were given hints to appreciate Kathak and its terminology.

In a gradual ascent, the next piece was Kavit Paran – lyrical lines that celebrate the attributes of a divine being. Under the choreographic guidance of Hiren Gajjar it was a Krishna Kavit the viewers easily followed : Jamuna ke tat par … A five-year old girl playing the flute as Krishna became the cynosure of all eyes. Vidhi Shah’s batch, trained by her for two years, danced in with refreshing solos and split-group formations built in.

The climax was with Tarana, a lyrically fluid composition based on a raag (here, Kalavati) with a sense of design spatially and exhilarating music with bols soothing the ears as also with jumps, chakkars and stylistic sams built in. The intermediate batch trained under Krutika Ghanekar did the Tarana. The conclusion was with a short contemporary dance piece by seven Kathak learners, five girls and two boys, all attired black, trained under Pankaj Sihag for two years. Abounding in gradually rising brisk movement to the music gradually rising in tempo, this and the finale by Pankaj, Vihanga, Hiren and Shantanu got intermittent applause.

There was no thematic focus in any segment, but no faltering step either at this third annual showcasing of what the students of SSDC had achieved under the guidance of young teachers and precociously watchful and benign eyes of its director Sanjukta Sinha. At the opening of the new branch on 7th August with Bhakti Dani Shah as Senior Teacher, it was interesting to see short performances of three dance forms – Kuchipudi, Bharatanatyam and Kathak – in just around twenty minutes. Hopefully, this juxtaposition sets a precedent for SSDC’s annual celebrations during the years to come. 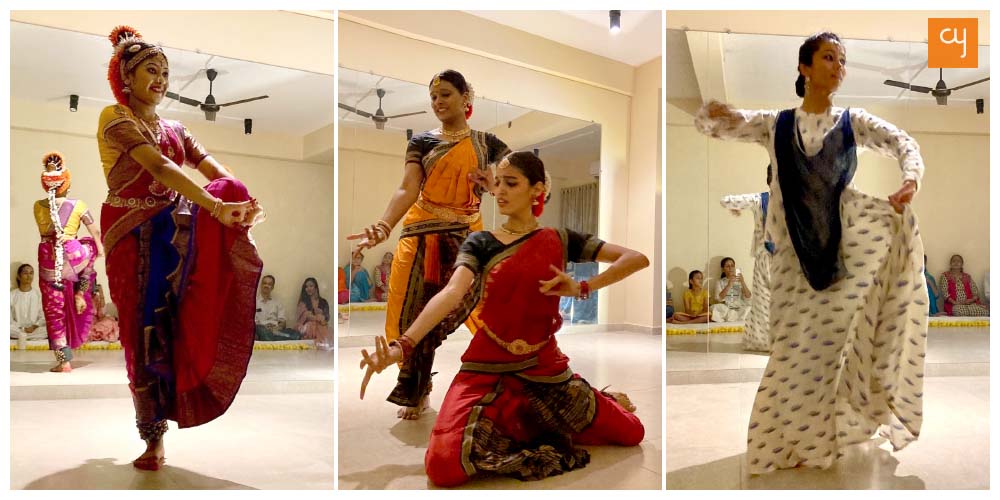