Metaphoric communication on the loss of sensitivity in Still Water 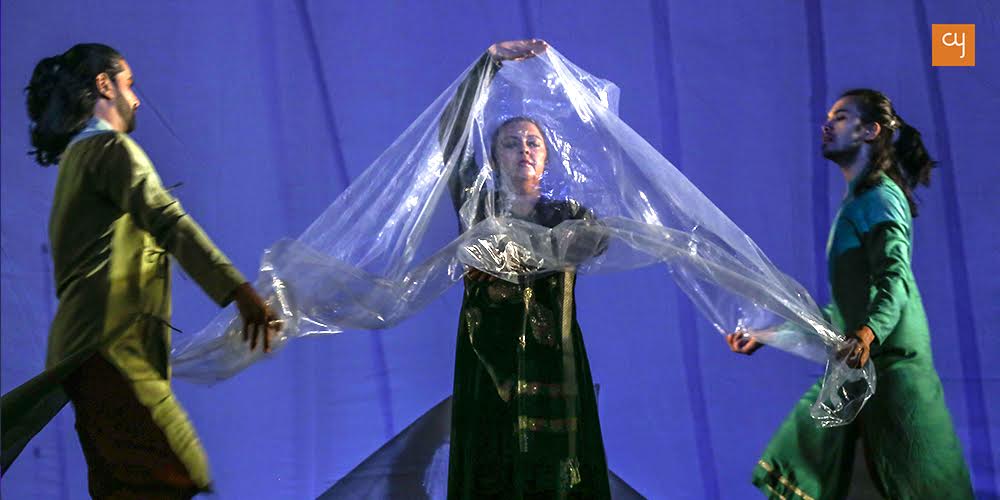 Art thrives on suggestion and what suggestive power some of the segments of Vaishali Trivedi’s Kathak dance Still Water develops at Abhivyakti Two! Even with reservations for the way the concept unfolds in the 50-minute thematic dance piece rather hazily, one feels exhilarated watching her solos that demonstrate controlled abhinaya in Kathak, the dance form that has the capacity to amaze one with also a display of energy it permits.

Lights are used minimally all through. In the opening solo, which becomes a metaphor, her supple minimum movement with mudras is seen in spell-binding silhouettes and the outline of her visage appears in relief against an illumined backdrop with graphics (Jagrut Raval) of rainfall and water currents. What captivates viewers in this segment is also a contrast between the sound of thunder with lightning and a discernible stillness associated with the dancer’s performance, which draws rhythm from soft beats on the tabla played by veteran percussionist Ramesh Bapodara seated on the right of the stage with a girl playing tiny manjira. 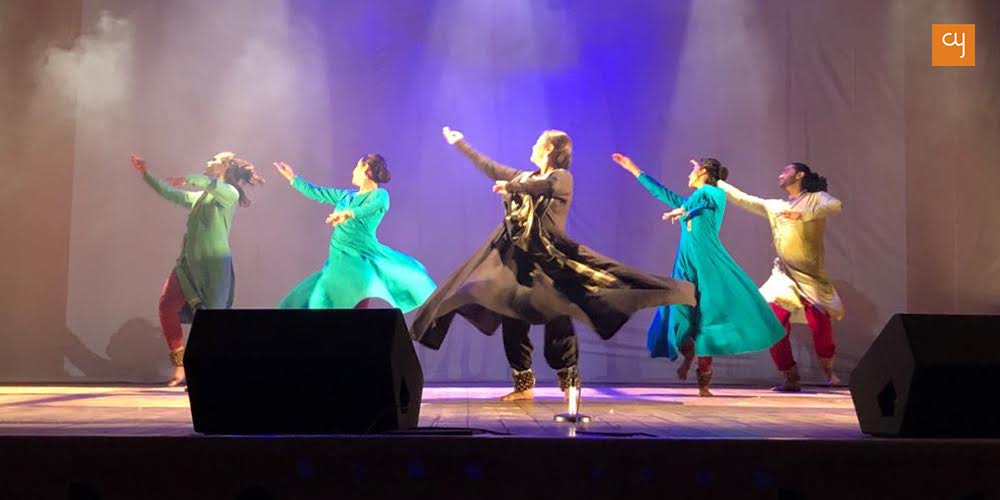 In the midst of a torrential rain and a rising level of the water that surrounds her, the dancer getting gradually sucked into it looks metaphorically warding off unwelcome external forces. As an individual, she doesn’t exactly emerge triumphant. In the next and intermittent subsequent sequences, one gets to see human activity as part of modern urban life at two levels. At one, flashed on the screen, it is gross, chaotic and cacophonic. At the other, it is of bewildered individuals, of those with a different sensibility and who wish to live life on a different plane but have to take this medley in their stride.

This other level is represented by a group of dancers (Salomi, Kalrav, Ramya, Hirva, Hiral, Kinjal, Vama, Amira, Siddharth, Prisha). Though their dance in varying formations pleases, what they do gets rather hazily conveyed. Parallel to the chaotic scenes on the backdrop they dance in front (Costumes by Salomi Shah and Raksha Bhandari). They seem to swerve, dodge, sidestep and keep their sanity intact. In another sequence one gets wrapped up with a plastic sheet, one or two others are made to wear it round the shoulders. The programme note mentions contemporary issues like air and water pollution, use of plastic, religion, loss of sensitivity to finer aspects of life and so on. The title Still Water seems to suggest stagnated water – by extension society’s stagnated state of mind. Can it be freed? 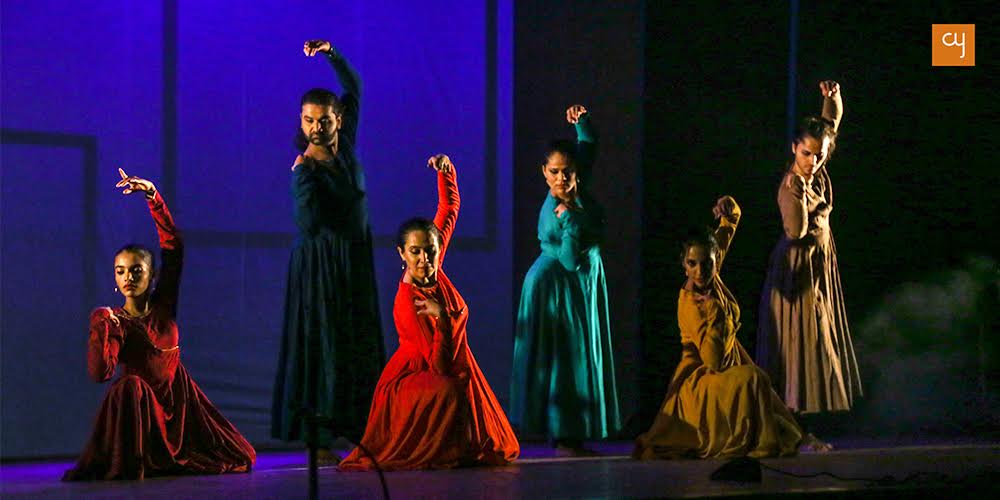 A piece of art need not get overburdened with issues. It can be a short poem, not an essay. As in the opening, towards the close Still Water turns beautifully suggestive, again through solos. Holding an octagon-shaped crystal ball symbolic of the beautiful earth close to heart, the dancer sings a touching Thumri, Saiyaan nikas gaye, main na ladi thee … It expresses anguish at a personal level and collectively for society at an impersonal level over a moment that slipped by. A dance follows on Sufi music as well.

Semantically, not all segments of the dance piece smoothly integrate into a whole. Getting one to think of the loss of sensitivity in modern life, it leaves an impact though. 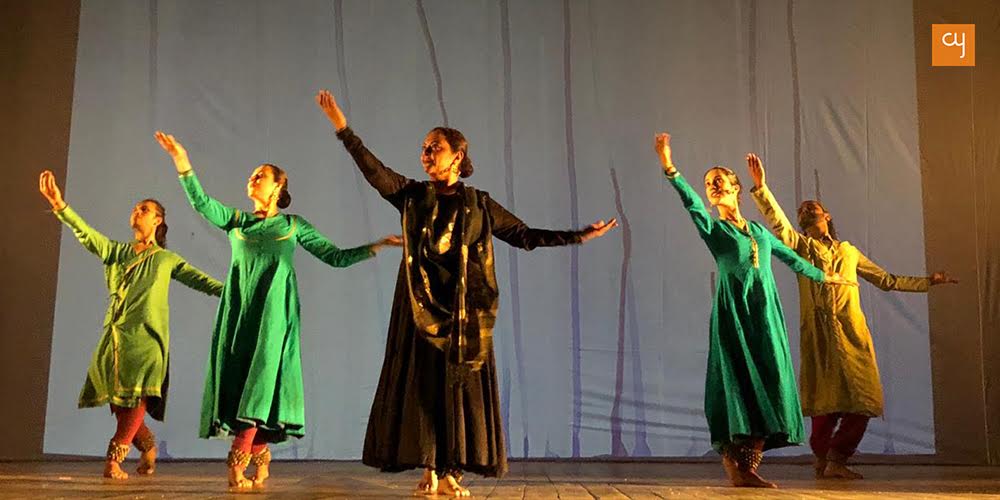