Artisans pour their souls out to create a Lovely Collection

The first sense one gets when you arrive at the gallery is it may not be your cup of tea to write about an apparel collection. But when you do end up inside the show that has the Indigo colour and artisans skills at its core, you can’t help searching for the connections with Indigo Exchanges and beyond!

In fact, while you are at it, the sheer aesthetics of the displayed stuff draws you in and in no time tends to grow on you! So such is the quality of birds-laden couture of the collection, coupled with the experiential design that supports it, that A Confluence of Birds comes across as a heady admixture of poetics in design and exquisite craftsmanship thereof. 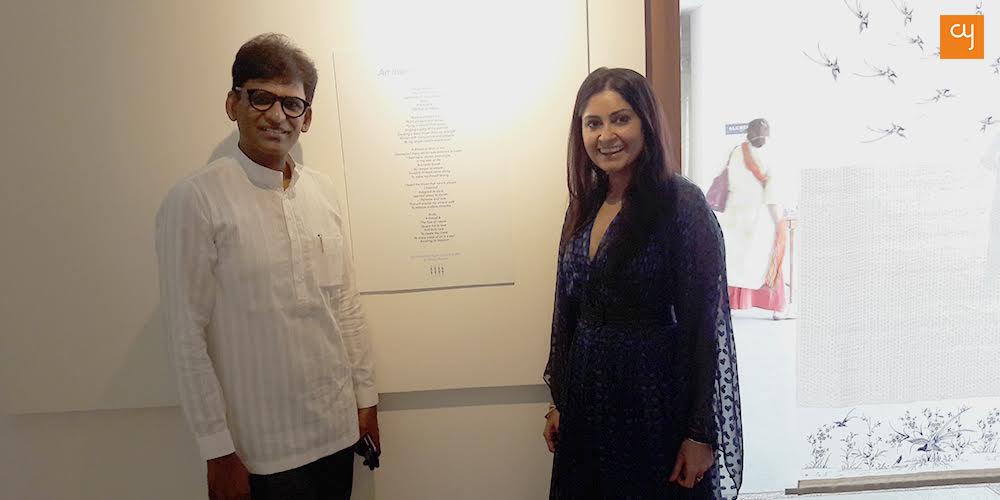 Welcome to the world of couture by Asif Shaikh the Ahmedabad based master embroider, textile and fashion designer known well beyond the confines of Gujarat and actually the shores of the country, as his next destination would indicate in some time! The collection created for The IVth Walking Hand-in-Hand – ‘Indigo Exchanges’ and earlier shown in a fashion show in February has now been put on display at the KL Museum. Started on Saturday, March 16, alongside the ongoing show ‘Indigo Alchemy’, on since the end of January at the same venue, this is the result of a continuous collaboration between CDS Art Foundation and the denim giant Arvind under its corporate social responsibility initiatives.

One fleeting look at the collection and you are awestruck for its sheer class, vibrancy, visual appeal, finesse in execution, all handed down by the Midas touch of the designer Asif and his team of master craftsmen. It is all fired by Asif’s inspiration that comes from the beauty of birds and their sense of freedom in flying about far and wide and well beyond geographical barriers.

This seed behind Asif’s flight of imaginative designs has been captured, narrated and displayed at the show beautifully through a poem by Shefali Khanna, who along with Sunil Gupte is responsible for the overall design of the display of the show stuff. Complete with lighting, sound effects that draw on chirping sounds, sheer curtains with birds as motifs and an arrangement of apparels from lighter to darker hues of Indigo in silk fabric; and from densely embroidered to lowly populated bird embroidery patterns, from pastel coloured fabrics to solids, you sense a method in display in the exhibition gallery, attributable to this “experiential design” chipped in by the duo. 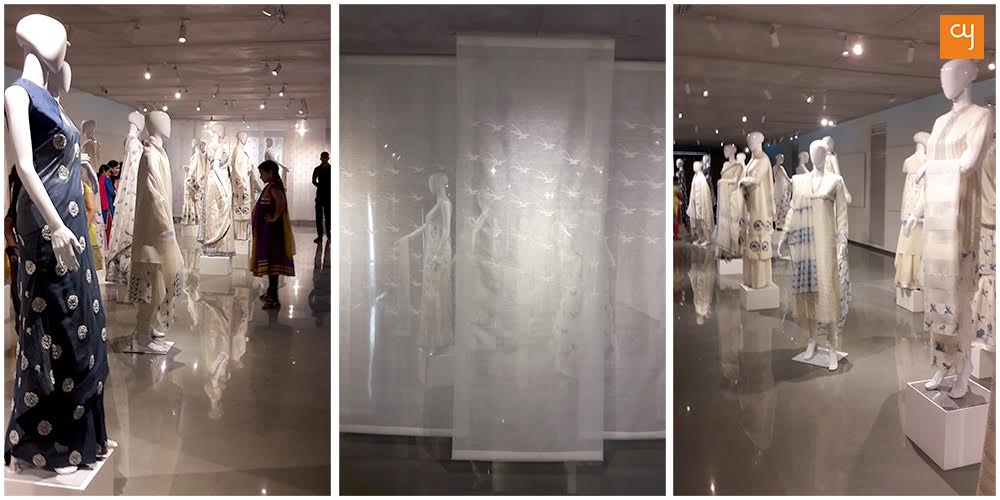 The leaflet informs the garments are designed with pure silk commissioned from hand-loom weavers in West Bengal. You are reminded from the Alchemy show that a major objective in all Indigo related experimentation being done by the hosting Enterprise and the Museum together is supposed to be purposive as well, that is in boosting the careers of Indigo farmers and craftsmen.

This particular collection informs Asif has been executed by eighteen master craftsmen over a time of four months, preparations for which in terms of sourcing the materials began many months ago; and a total of 50000 hours of work is reported to have eventually resulted in the final creation of a score of ensembles now on view. The craftsmen have, you sense, as if poured in their souls to create this lovely collection which we learn has been reserved as collectable and not for sale stuff!

Go around and you are fascinated by the embroidery that features a ‘spectrum of birds’ – ranging from the small sparrow – which incidentally will be invoked worldwide on her upcoming Day on March 20 – to ‘love bird’ to humming birds to the larger birds of the crane and pelican variety! If you have an eye for detail – and for sure you will have it if you are the fair sex patron – you will love the intricate patterns on the stuff that is all created with you in mind! There is not more than just one ensemble for the male here, a kurta set, which hangs in a corner towards the end of the gallery space!

The yarns for the embroidery include Indigo dyed cotton and silk, silver metal zardozi, besides the use of Japanese beads. The show then is about ‘wearable art’ which the creators and collaborators hope will be well received. 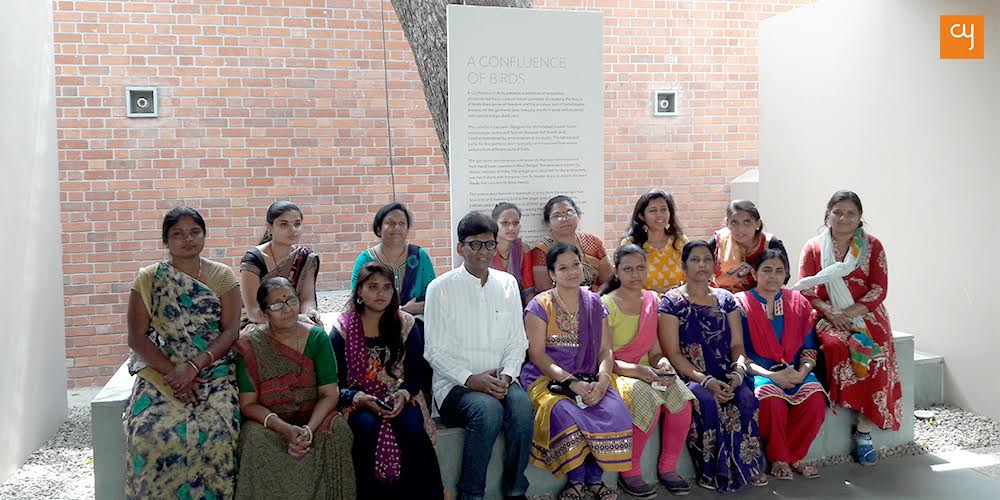 Well we can vouch there would be no doubt on that count, while Asif the man behind the motifs and patterns informs that talks are already on for showing the collection internationally; and the first stop could be Uzbekistan in April. While we wish that happens for our artisans’ sake but is some time away, we suggest the lovers of feminine couture should not give it a miss, as The Confluence of Birds is scheduled to be on show for just one more day, i.e. Sunday, March 17.