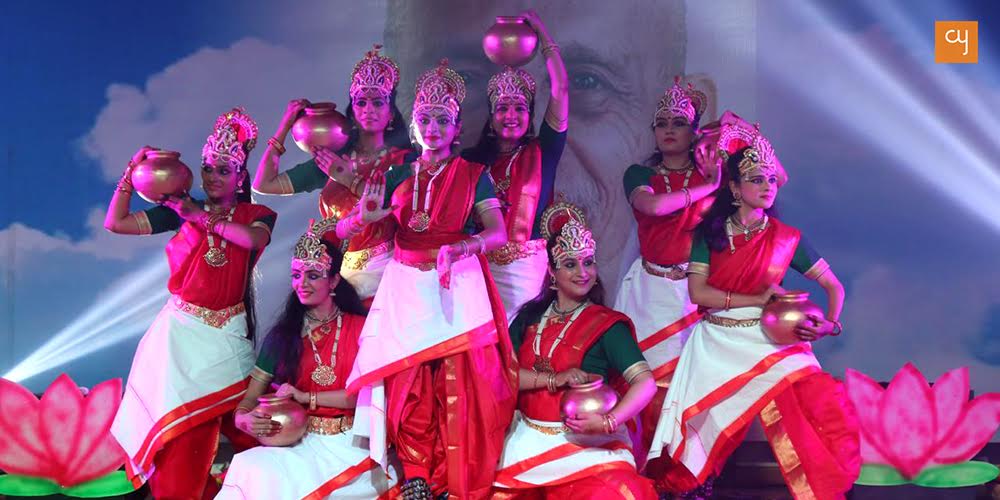 JG College of Performing Arts and ASIA held World Dance Celebrations at Sivananda Ashram in a special way. Performances by recognized young exponents of all eight Indian Classical Dance forms selected by Bijoy Sivram, Vice-principal of the college, from across the country were presented as part of the event on April 29 and 30 in the Ashram’s air-conditioned hall in the presence of a pretty large audience. ‘Space’ in its literal and figurative sense was one of the factors that led to the success of the event. The stage has double the width of a stage in a public auditorium though not as deep. Comfortable on it, every dancer seemed to display a sense of space their form permits even within its aesthetic boundaries. 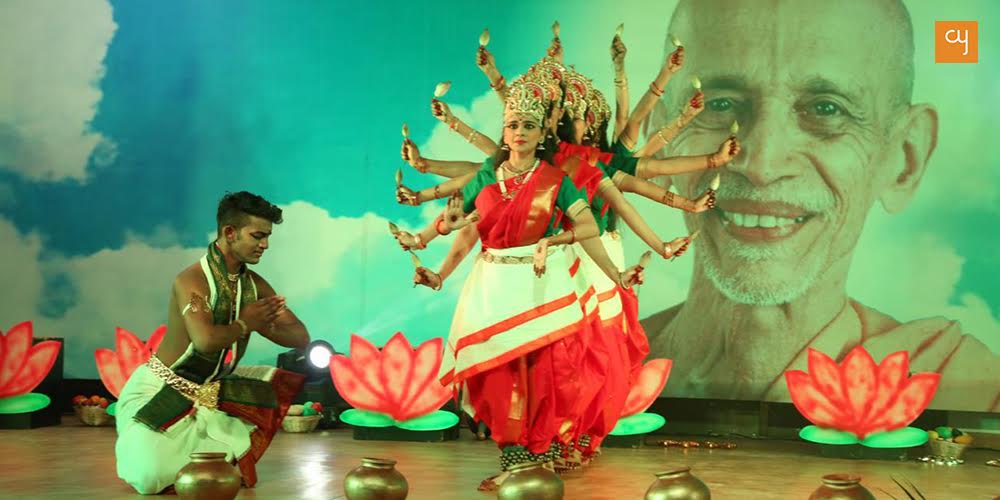 The tone was set by the dance students of the college hosting the event in Bijoy’s informed direction and imaginative choreography. To the famous Ashta Lakshmi Stotra Sumanasaa vanditaa sundaree madhavee being recited clearly, he had the young and evolving dancers of the college portray the eight manifestations of Goddess Lakshmi, who ushers in wealth in terms of prosperity, strength, knowledge, victory and the like. Cutouts, plastic fruit and other props apart, the girls (Dharna, Preksha, Manali, Krinal, Jinal, Payal, Keenal, Dhulasha) with an ornate crown on their head, an appropriate aharya, a benign smile on the resplendent visage and abhaya and varada hasta mudras seemed to feel the manifestations under the skin! From time to time, a boy (Shreejit) slipped in as Lord Vishnu. 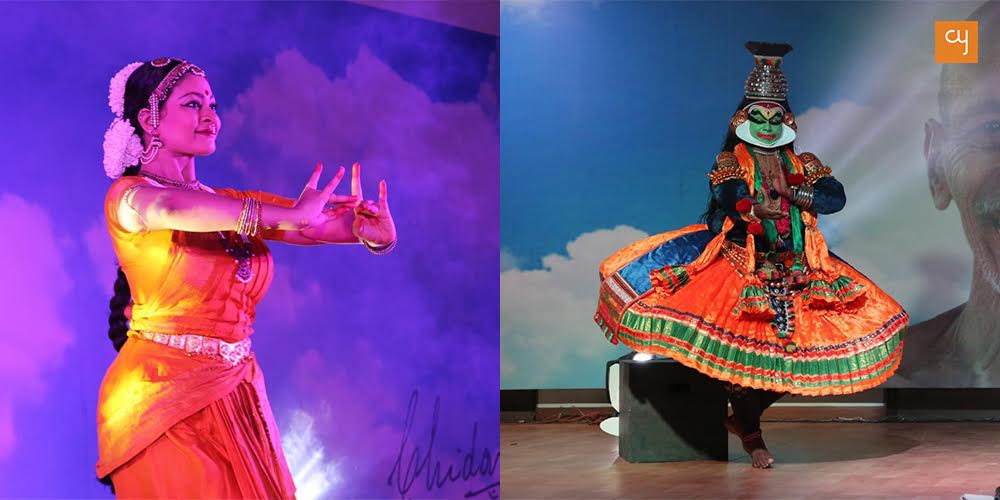 Exhilarating images of dancers, characteristic of the classical dance forms presented over the two days, slip in as from a montage as you think of the celebrations. Those of Radha and Krishna swinging romantically to the lyrical words aavata saavana maah … in the midst of nature predominantly green and wet in Soma Roy’s (Kolkatta) choreography in the Manipuri style come to mind. Instantaneously on seeing Lord Vishnu’s elegant reclining and later Nrisimhavataar images the audience, though not exactly fully familiar with Malappuram-based without) Kalamandalam Soumya Subhash’s Mohiniattam form, made its presence felt when it gave her a round of applause! 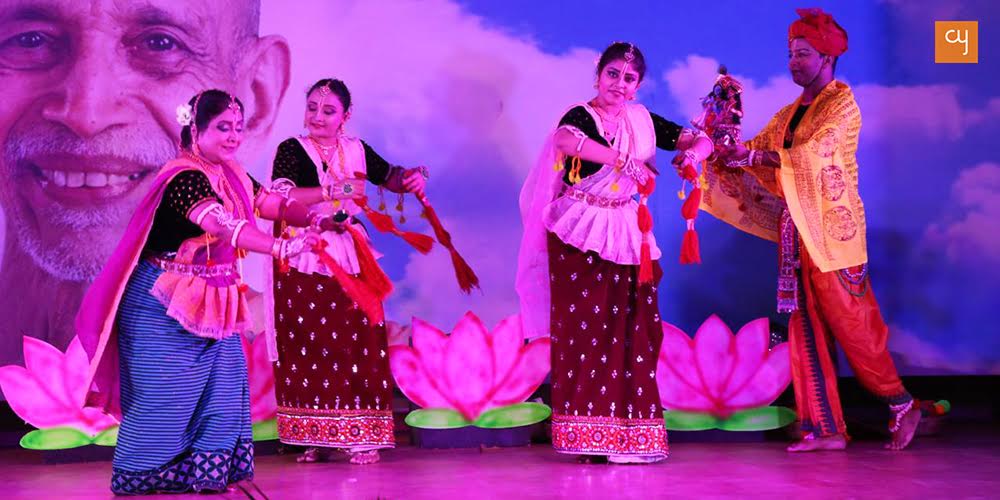 The viewers so warmly responded to Baal Krishna portrayals by Smita Panigrahi (Odisha) that they seemed to have seen many of her Odissi performances! It was difficult to say whether they had, to a man, grown fond of the petite dancer’s light-footed childlike ease of portraying child Krishna or of the pranks played by Him! As an infant He finally sucked the breath out of Putna, who offered her poisoned breasts to Him. Kathakali artist Kalamandalam Sudeep remained in memory as much for the heroic Katha of Lord Krishna saving Rukmini from Shishupal by elopement as his traditional aharya and his own tale of travel from Thiruvananthapuram (Kerala) to this city but not before getting down at a wrong station and catching another train! 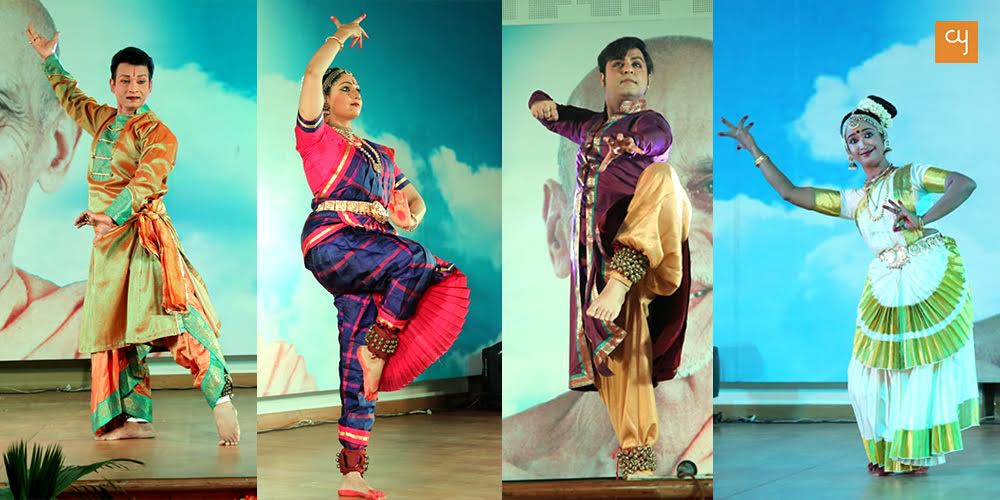 Being Pt Birju Maharaj’s disciple, male Kathak dancer Suman Chowdhary (Dellhi) was of interest to the viewers. They appreciated his visualization of the famous angikam bhuvanam shloka, his Tarana and footwork.

Kuchipudi dancer Ramakoundinya (Srikakulam, AP) somewhere in the middle on Day Two emerged on the stage like lightning. With fluency as in a language he did Krishna and Narasimha episodes with admirable fluidity to excellent vocal recitals, giving the viewers an impression of it all being intelligible to them. V. Balagurunathan Mayura (Chennai), following his daughter Hamsa’s pleasing presentation, gave a sparkling Bharatanatyam performance that had the stamp of Kalakshetra on it. Built into his flowing dance recital, one recalls, were moments when music grew subtly soft and the relative silence got highlighted with tinkles from tiny manjiras. 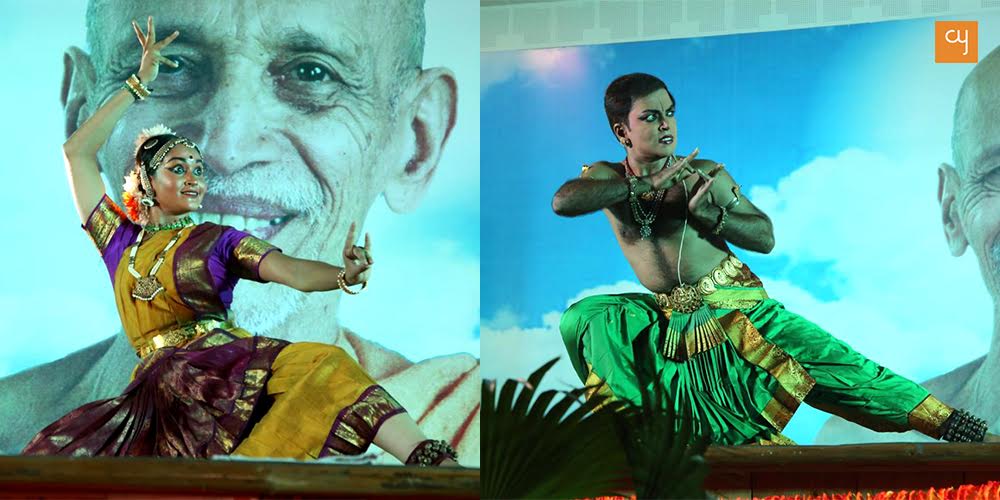 Talking of the complementary nature of musical sound in dance, the exhilarating memory of a Bharatanatyam performance by Arundhati Srinivasan (Mumbai) comes to mind. It elegantly evoked Shiva, the Lord of Dance, whose dance is said to have such rare beauty that even gods and rishis would consider it a privilege to behold. Matching such magnificence were the dancer’s gracefully dignified postures and movements with a sculpted finish in Guru Leela Samson’s choreography.

Karan Kishan (Mumbai) in his Kathak performance created a blend of aural-visual experience through Pt Birju Maharaj’s choreography on Shri Vallabhacharya’s Madhurashtakam, a verbal composition that drips bhakti-soaked beauty of plain words.  His gentle interpretation of the sweetness of Shri Krishna’s lips, smile and heart to the all-pervading sweetness of akhilam madhuram in drut teentaal lingers in memory. 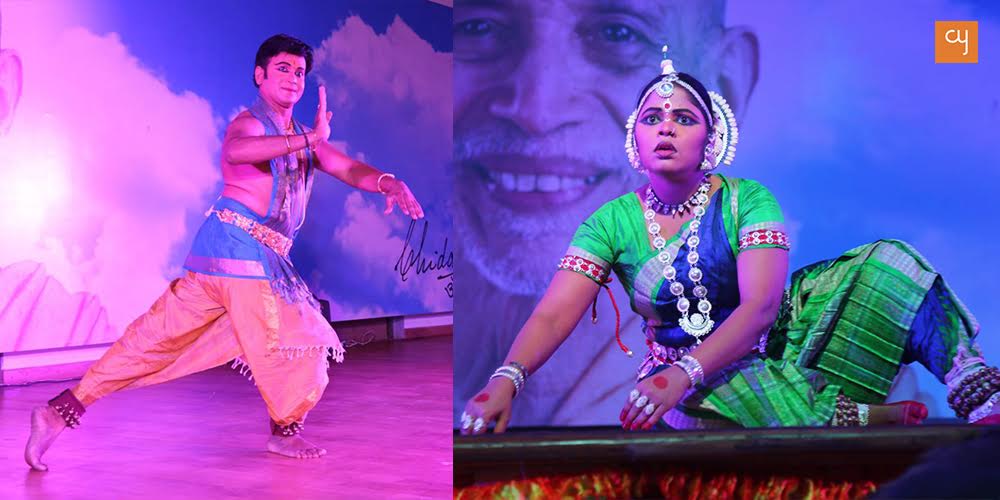 Plabita Shendge (Assam) gave a taste of Sattriya Dance traditionally performed in the monasteries of Assam. It was through her disciple Shrushti’s Krishna Bandana and her own Nandi and Nritta. Dance lovers had an opportunity to be familiar with the style they have a limited exposure to in the city. A local Bharatanatyam dancer Reshma Nair’s modest presentation of Shiva Panchakshara and a Keeertanam on the Ganga on the second day does not escape this recall. 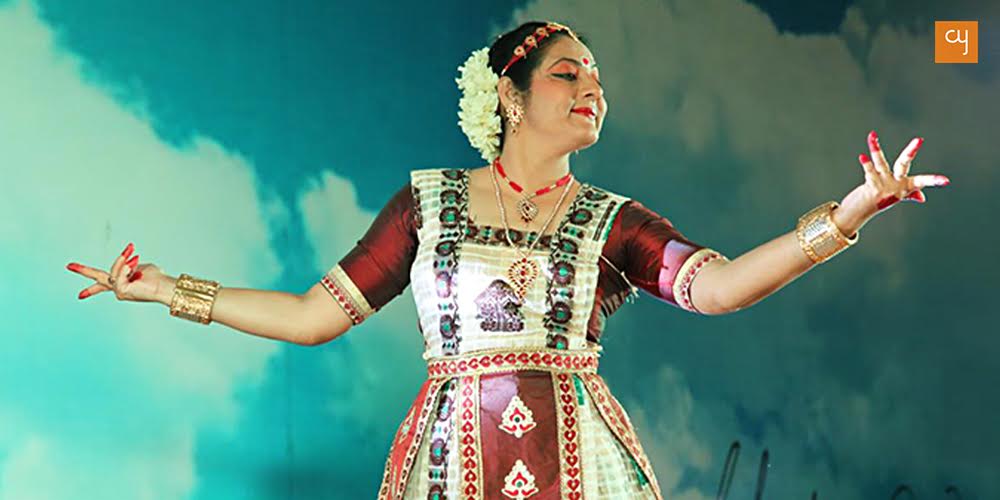 The focus of the dance college’s World Dance celebrations remained on the dominant aspect of spirituality Indian classical dances reflect with particular reference to Lord Krishna and Lord Shiva. Remarkably, the tradition is carried forward up to the modern time in all parts of our vast country and it culturally and devotionally binds together its people geographically living apart and speaking different languages. Well done, JG!