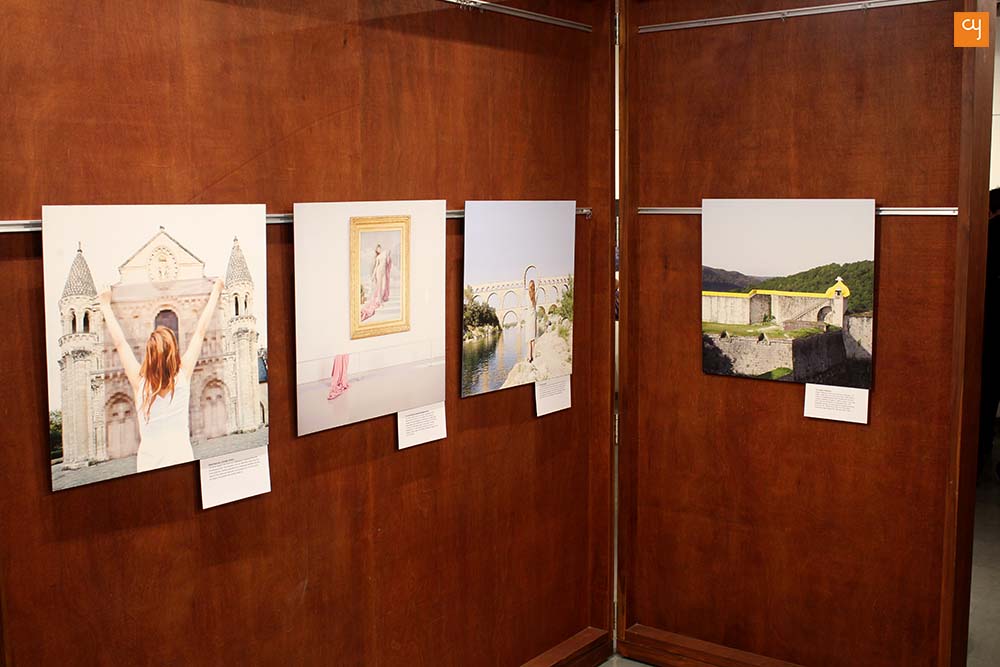 The French Republic is renowned for its culinary art, culture, architecture and of course the courteously beautiful language. And to relive the French in our nation Alliance Francaise de Ahmedabad has brought us the creations of avid photographer Maia Flore straight from the country of Éclairs. Maia, born in 1988 in France, has created surreal images by blending the present with the past. During her early eons, Maia worked in Sweden, California, and Finland while exhibiting her work in various parts of the globe. The French photographer has won numerous accolades and was recently honored with the 2015 HSBC photography award. 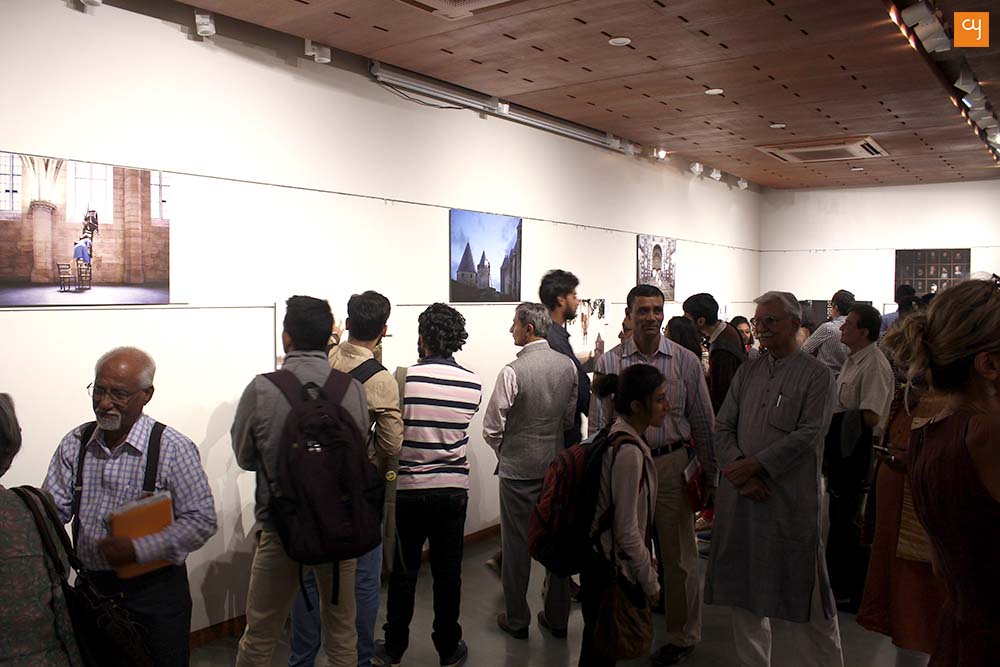 Inaugurated on the 5th of January by Parmanand Dalwadi, ‘Imagine France’ is a photography exhibition that takes its spectators right in the foremost cultural sites of France. The stills are on display until January 11, 2016, from 4 pm to 8 pm on weekdays, 3 pm to 7 pm on Saturdays and 1 to 4 pm on Sundays. ‘Imagine France’ displays 25 visual poems camouflaging under the form of photographs. And the exhibition has traveled to Italy, Spain, and Thailand before delighting the viewers of India. 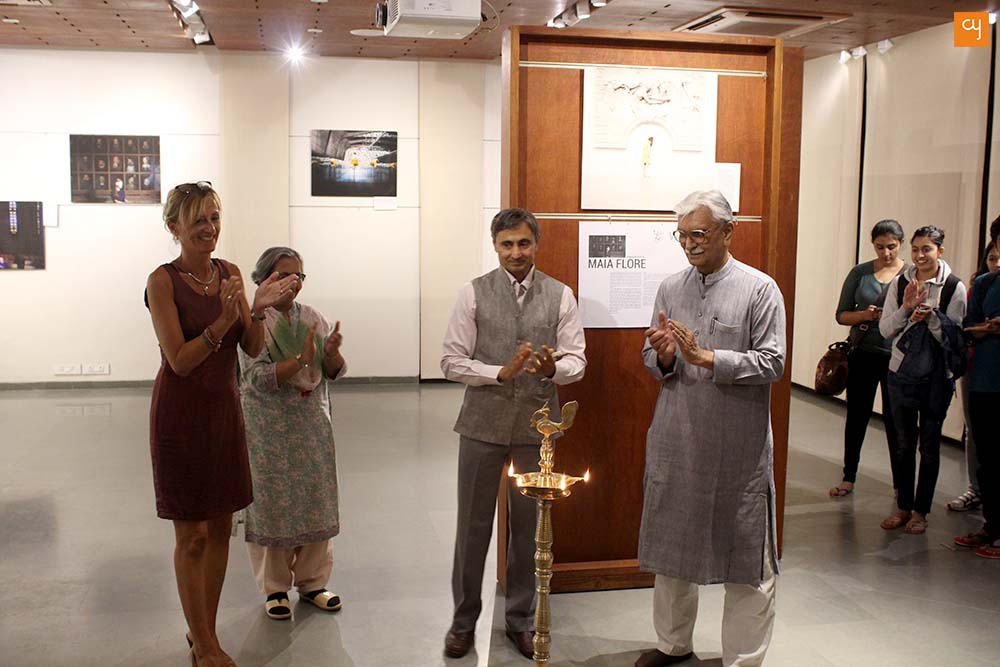 The ultimate motto behind the showcase of creativity is to take the viewers on a dream filled voyage, where they re-imagine France with a diverse perspective. One look was not enough to grasp the aesthetics and thus the artist made us look and re-look at the images with the quirky metaphors that enliven and renews the heritage sites.

From ancient grottos with some of the oldest cave paintings in the world to the medieval fortresses and palaces to contemporary museums, she re-imagines every creation by inserting her own self or her thoughts, be it physically or digitally. Her precision is narrated when she first scripts and draws the photograph before slipping behind the camera.

She uses magical backdrops and places to showcase stories. Not many photographers possess the ability to create a story with their stills, but Maia certainly fits it in. Some of the images are composed to create a contrast with the space it is set in, which inturn creates a distinct narrative of the space that is shot. 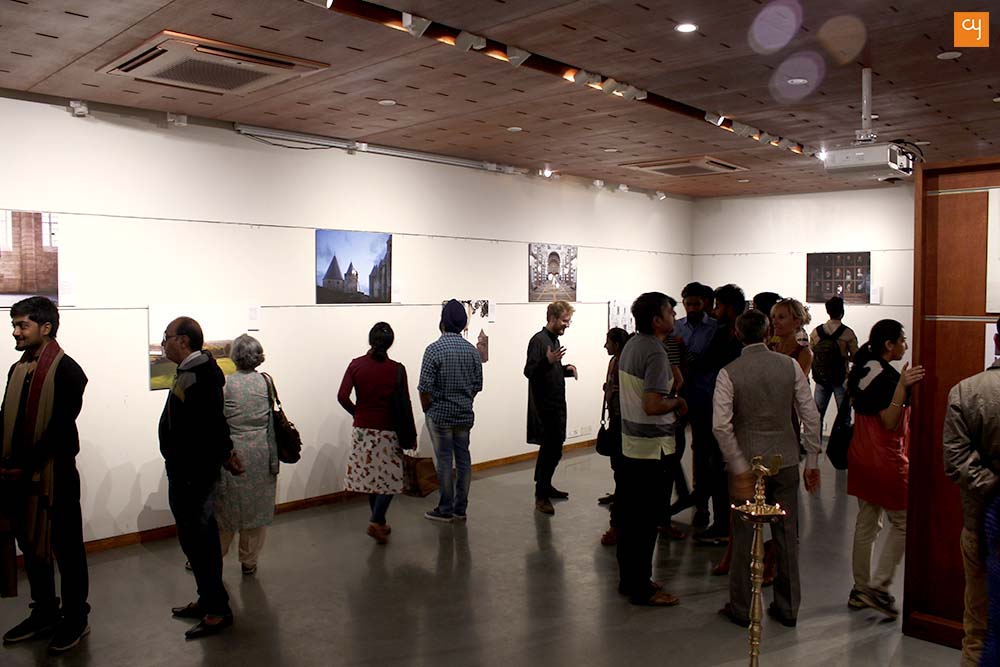 All of the photographs are arresting and appealing, but some that literally stole all the attention were:  ‘The subterranean world in Ardeche’-  where she uses mirrored balls to project dancing shapes on the walls of the cave consisting some of the oldest cave paintings in the world, it seems like ‘making her own cinema’ as she puts it.

In ‘The Fabre Museum, Montpellier, Agglomeration’ she creates a beautiful optical illusion with a little piece of fabric which exceptionally suggests that the painting ‘The Venus Victorious’ by Cabanel is literally emerging from the frame.

In ‘The MuCem Marseille’ she creates a moment of spontaneity and energy where the human element communicates with space and reflections.

We spoke to Ms. Frederique Terzan, the Director of Alliance and she exclaimed that they were extremely glad to host this exhibition, as it magically became a gateway between French and Indian aesthetics amalgamation. She went on to talk about how beautiful French heritage is and its similarities with the Indian heritage and shared how heritage is an integral part of history in France. Ms. Terzan’s favorite image is ‘Park and Chateau de Beauregard’ where the artist has blindfolded and introduced her in a wall of portraits. Such walls can be often found in libraries and one can feel the atmosphere of wooden paneling, books, and peace within the photograph. 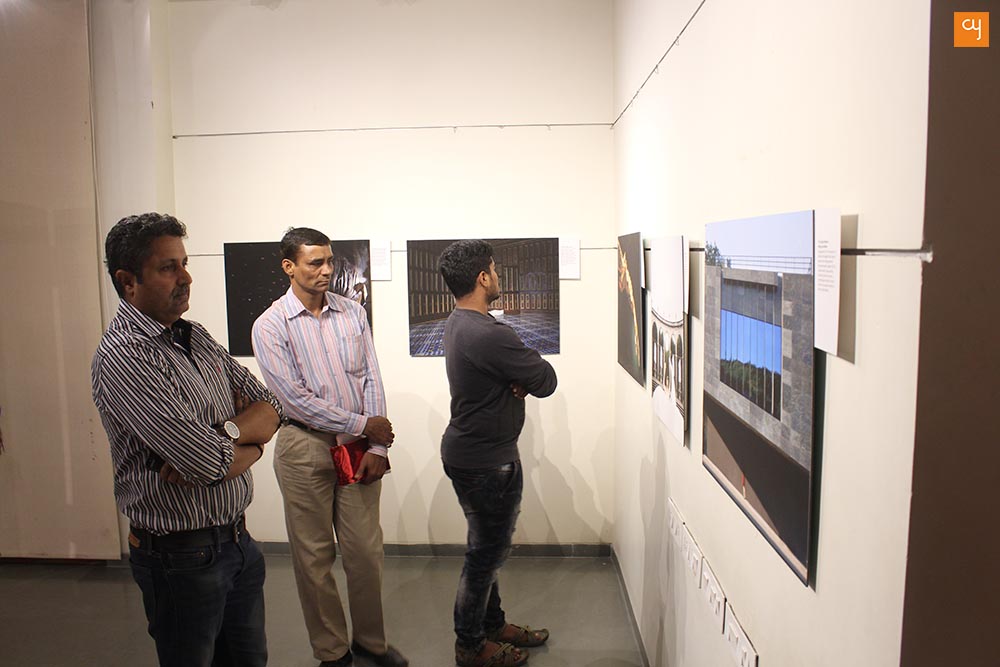 We spoke to Ahmedabad-based photographer Mr. Ashish Mehta who talked about the technique which has been used and mentioned that it is yet to catch up in India though he is also trying to do something on similar lines. We hope to gaze such interesting work in the city or country in the near future.

We also hope that Ms. Flore continues with her explorations and that we get to see more of her works!