Bharatanatyam gets onto the Saptak stage : Mallika & Revanta Sarabhai at Saptak 2017 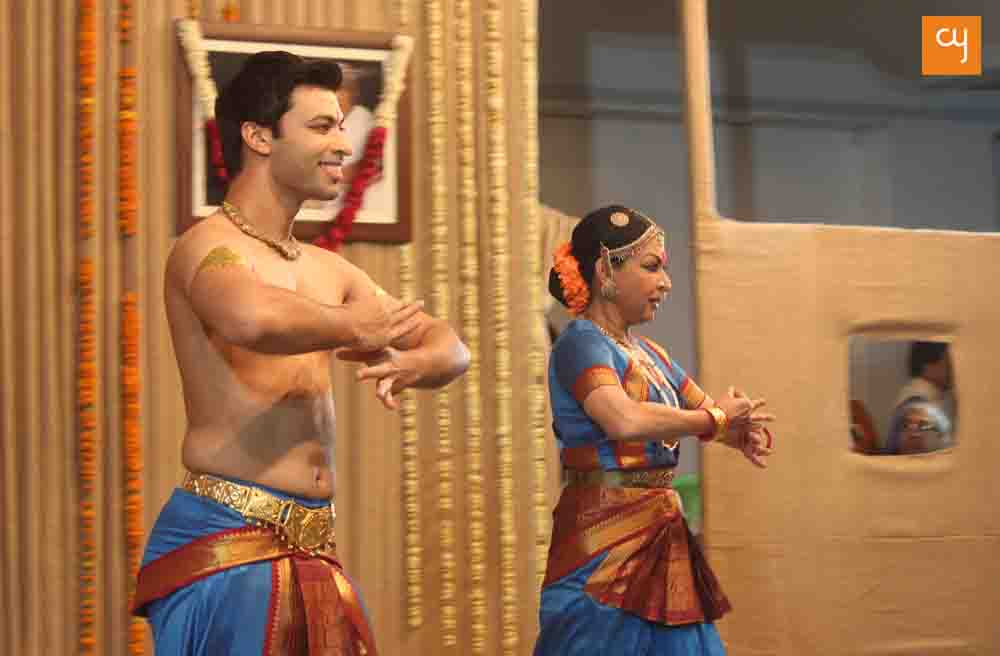 Though Kathak dance and Carnatic music have been at the Saptak Music Festival for quite a few years now, it is in its 37th year that Bharatanatyam makes its maiden performance on its coveted stage. For its authenticity, who could have represented it better from Ahmedabad than Mallika Sarabhai and her son Revanta? The title Parampara assumed a twofold significance here. Glimpses of the Pandanallur style with its intensity and characteristic abhinaya were seen here.

And, the dance tradition handed down by the 19th century Guru Minakshisundaram Pillai to Mrinalini Sarabhai and to Mallika in the 20th century through constant exposure and meticulous training by the legendary mother and Guru, it was reaffirmed last Friday, not only remains intact it is passed on to her son Revanta in the early 21st century. The reassuring continuance of a competent team of musicians, led by Guru Maheshwari Nagarajan and son-in-law Jayan Nair, all with a firm grounding in Carnatic music, also adds to the Parampara going strong. 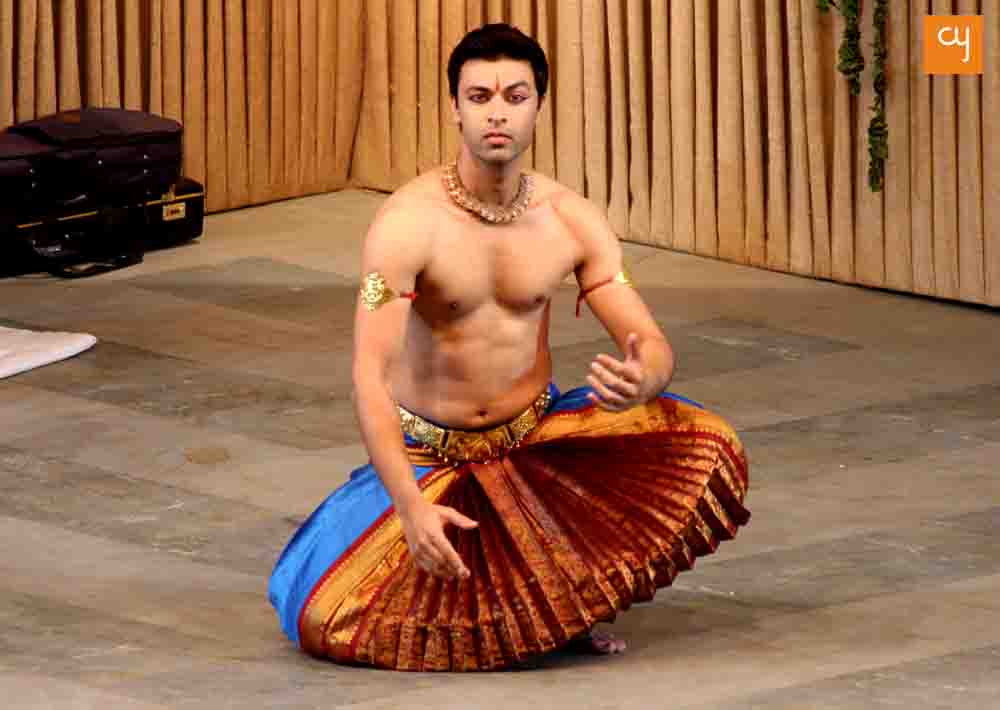 Rubbing shoulders with practitioners and connoisseurs particularly of music, there was a large section of the audience having limited exposure to Bharatanatyam at its classical best unlike at Darpana Academy’s Natarani.  The dancers perhaps consciously chose for them kritis, all except understandably the Tillana, with popularly loved narratives.  Viewing and understanding them was noticed becoming a delightful experience for them. A few, in fact, were visibly thrilled by what they saw – Shiva-Parvati Dance Competition, ‘Nata Naagara’ and two episodes from the Ramayana by Tulsidas, all as much a heritage in poetic literature in Tamil, Telugu, Sanskrit and Hindi as performing arts and widely shared faith. 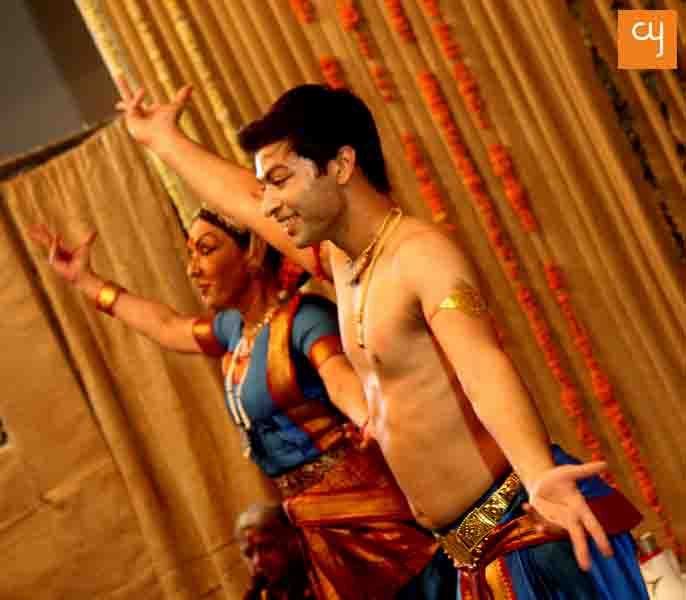 The complementary qualities and skills of the celestial beings, the Lord of Dance and his beautiful counterpart no less gifted with virtuosity, with their visually lyrical dialogue endeared themselves to the terrestrial beings. In Mallika’s interpretation of the bathing gopi, whose clothes and ornaments are teasingly hidden by Krishna, the gopi unafraid has the presence of mind to guard her femininity gracefully and, using her mind, she emerges in a difficult situation as an equal of the prankish young nayak. The spectators feel a mild thrill when at Sita Swayamvara a rajavi in all pomp breaks his arrogance, another his pride and yet another his back trying to lift the heavy dhanush!  And, can you today find a ruler who can hold a candle to Swati Tirunal, an early 19th century king who died young and is remembered yet for his patronage to arts and for his poetic compositions like geeta dhun-ki tak dheem ? 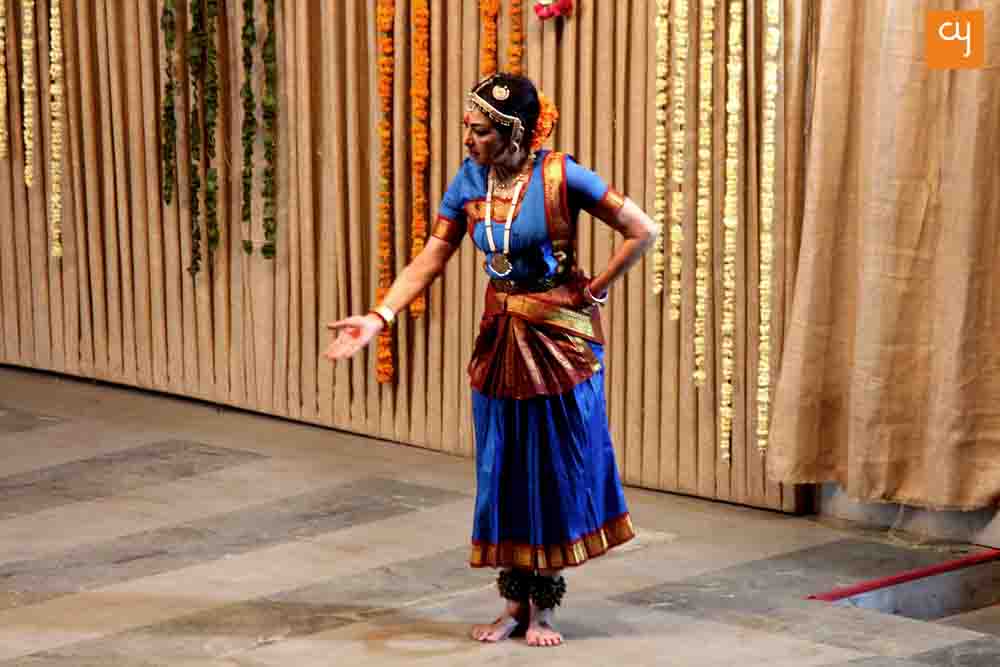 Traditionally, abhinaya is a strong aspect of the Pandanallur style. Mallika demonstrates it particularly with her interactively expressive body movement and eyes. A handsome Revanta is remarkable for his equipoise and elegance. The musicians T Palanivelu (Mridangam), Kiran Menon (Violin), Manikandhan (Ghatam) and Rajendra Nair (flute) besides those mentioned give a feel of being in Kerala.