Why do some people worry about the future of classical dance?  If they go to Kadamb or any of its performances, they would find it pulsating with the passion for Kathak and a bunch of young teachers here, well-grounded in its basics, determined to keep intact Kumudini Lakhia’s legacy and carry it forward. The octogenarian guru sits through all their performances at theatres, travels, and appreciates dancers with a smile or a clap and at times gives thumbs-up. 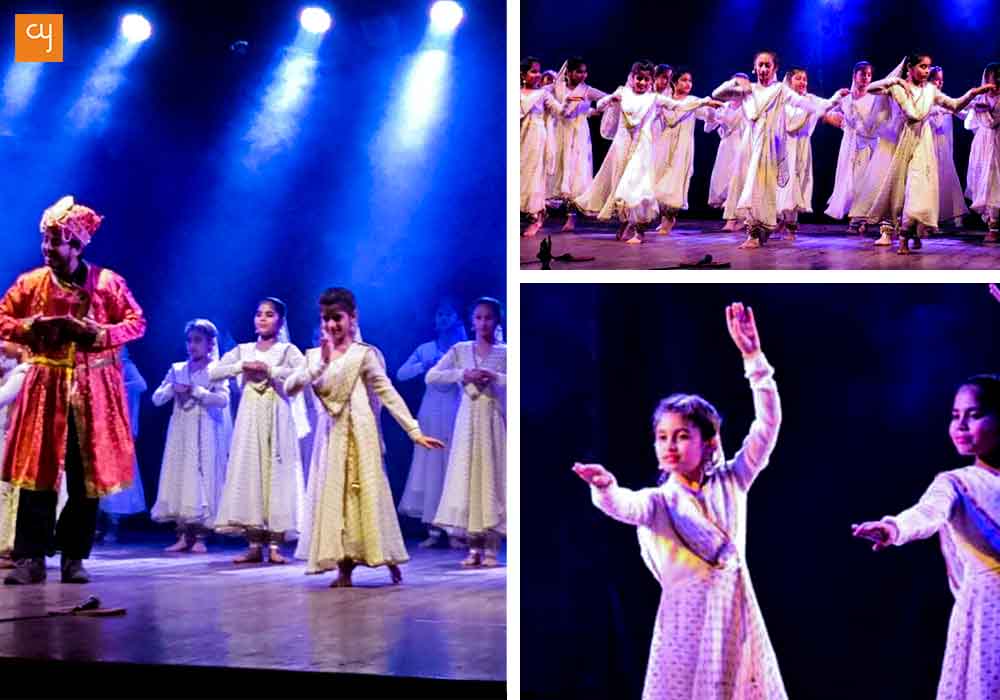 The youngest of the teachers at Kadamb, Rupanshi Kashyap, this year at its annual day celebratory performances zestfully tried out mixing a bit of drama with dance, particularly in presenting kids on the stage, most of them making a debut public performance on 8th of February 2017 at HK Hall. She had Shivam Parekh, with whom she did short Chekhovian plays recently, as the Sootradhar in multiple roles in something of a mini dance drama on Kathak’s early evolution.

A non-dancer and not exactly a singer either, jeans and sports shoes on, he barges in introducing himself as the North Indian village boy Ishwari and ushers in girls not yet in their teens doing Hori with the Kathak grace they have been learning. Putting on dramatic costumes, he goes on to trace its devotional roots, Badshah Wajid Ali’s classical touch to it, Bindadin’s contribution,  the uninformed British ban on it, its restoration and the Gharanas of Lucknow, Banaras and Jaipur. The playful dramatic introduction created a viewer-friendly ambience. 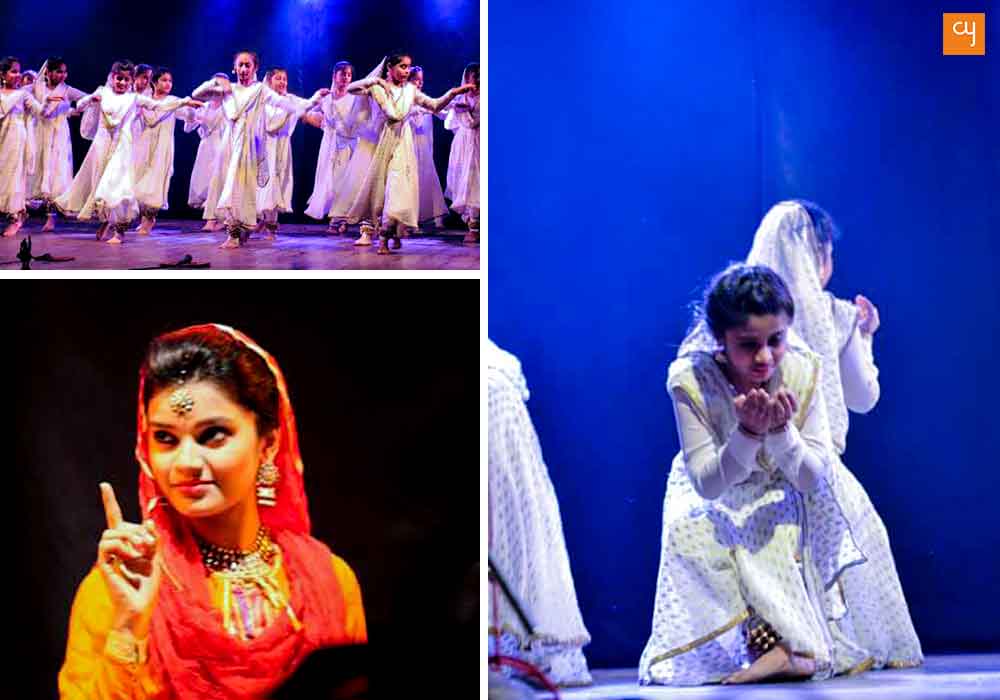 The link between the performers and the viewers at a programme is the compere. For classical dance in modern times specially, s/he needs to be something more than a mere coordinator. Amiable and articulate, ready for impromptu inputs to keep the audience in good humour, Rupanshi is gradually emerging as a dependable compere for Kadamb. It was endearing to hear a bachchi to Kadamb till the other day affectionately calling the young performers bachchis!

The (more than forty) kids’ precocious elegance and the nazakat associated with Kathak they essayed were to be seen to be believed. The confidence they had developed during training seemed enhanced by their costume and makeup as also a joyously playful ambience on the stage. And rightly they were set the ideal of abhinaya kritis by senior students (Mitali, Nao, Bhakti, Nysha, Apala) where lies the pleasure of expressing the feeling within. It was heartening to see that Salomi and Anar couldn’t resist the lure of dance and had returned to it. Vaishali and Mirande have the voices that beckon to dancers with the abhinaya potential of their words and bhava. Jobi Joy (tabla), Prahar (Vocal) and others always play a complementary role with their music.