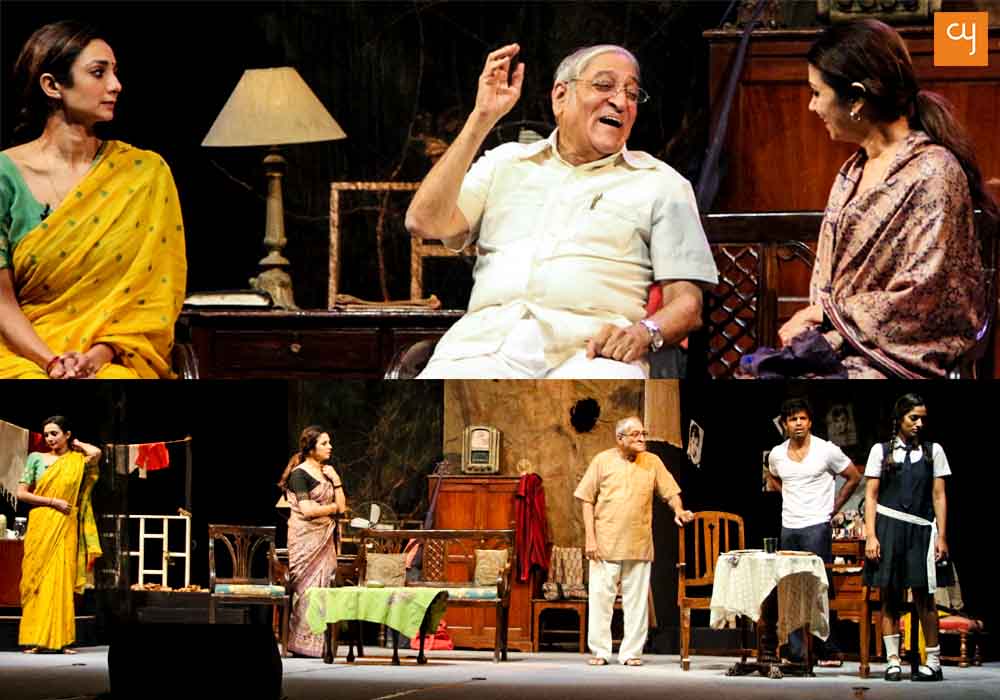 As text and, if competently done, as theatre, Mohan Rakesh’s Aadhe Adhoore (1969)has remained a rich source of reference for dramaturgy and theatre language. I recall that when the first theatre version of the play I saw (besides one in Gujarati later) in a language other than my mother-tongue, even with a nodding acquaintance with that language I could follow the middle-class realism insightfully unfolded by the playwright. So powerful is its theatre potential.

Coconut Events presented at the Convention Hall last Sunday an insightfully authentic version of the original Hindi text under the direction of Lillete Dubey. Immediately on her return from office, looking tired and feeling weary, Lillete’s Savitri needs to clean, dust and put everything in its place. She can’t help speaking all the while, now blaming for the mess her husband who has no source of income and remains home all day, now younger school-going daughter who is actively curious about elders’ physical relationship, now her only son who spends time on collecting pictures of heroines.

The slovenliness on the dining table and in the drawing room reflects the disharmony in the family. Home is where lives of its members converge. Here they diverge with unmistakable signs of disintegration of the family. The disintegration looks disturbingly complete when facts regarding matrimonial lives of two women in the family, Savitri herself and her daughter elder daughter Binny come to light as the play progresses. The mother has been in search of the mirage of a complete man outside matrimony. 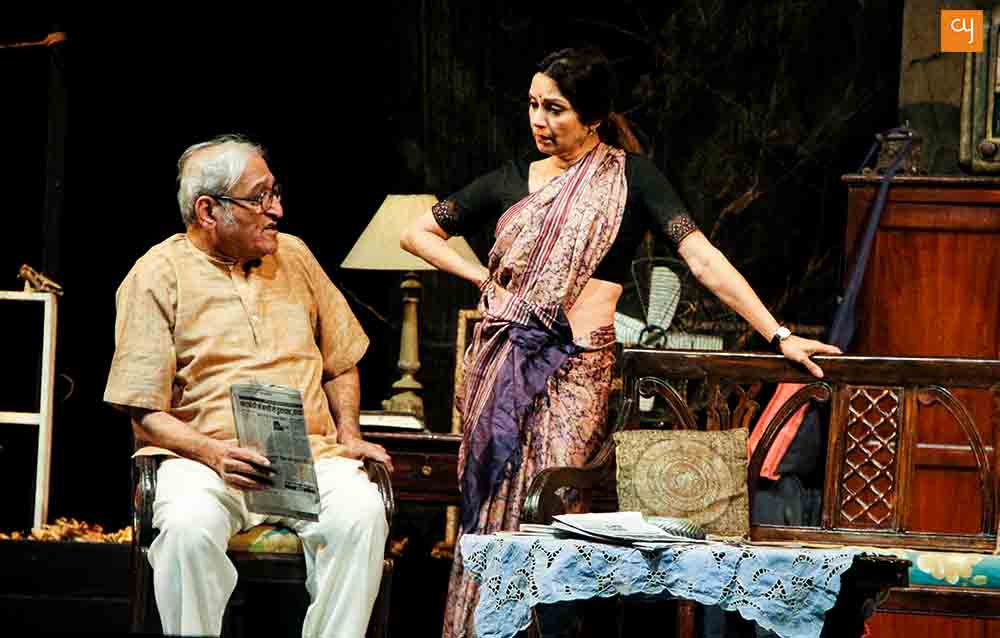 The psyche of a middle-class working woman, then in the sixties and early seventies as also today in the 21st century, is under scanner. Aware of incompatibility with her life partner through matrimony and the emerging inner world, Savitri has three flings one after another with other men. That with the human limitations her search is bound to remain inconclusive, that it is not possible to find a complete man on this earth, is the source of pain for her and of a tragic dimension to her character for the viewer. 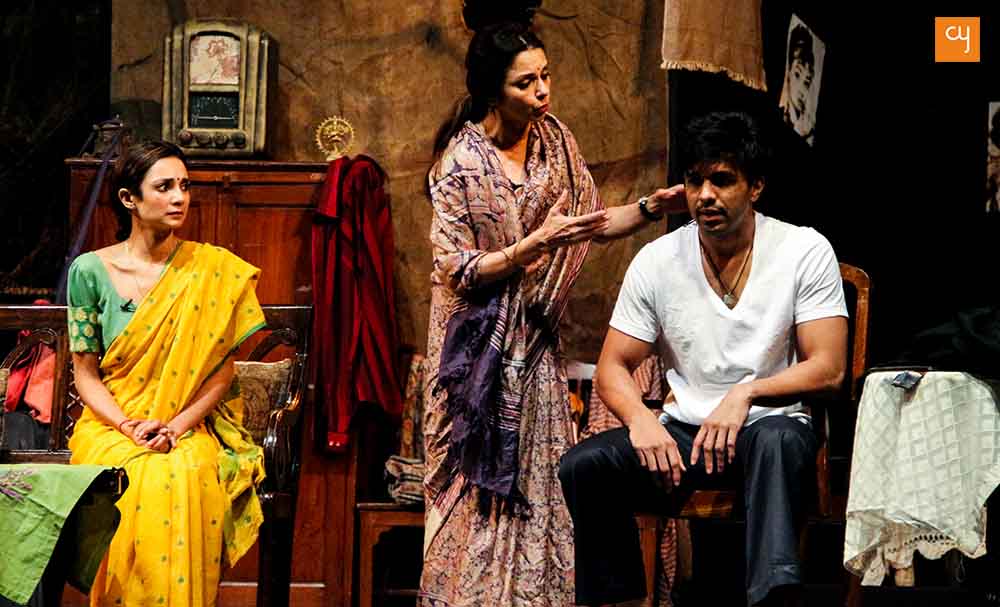 The ingenuity of the playwright’s stagecraft creates within the tight complex structure of the text yet another character, individual yet integral to the theme. The elder daughter suddenly comes home leaving her own, it seems for good. The dialogue that follows between her, her mother and father – this happens quite in the beginning of the play – is a specimen of exceptionally good dramatic writing, full of meaning between words that can test actors’ ability to express the turmoil within. Here the three speak almost in whispers and silences with minimal visible action. Lillete, her daughter Ira and Mohan Agashe demonstrate the power of speaking under one’s breath. One needs to read those pages to oneself to appreciate the richness of the dialogue 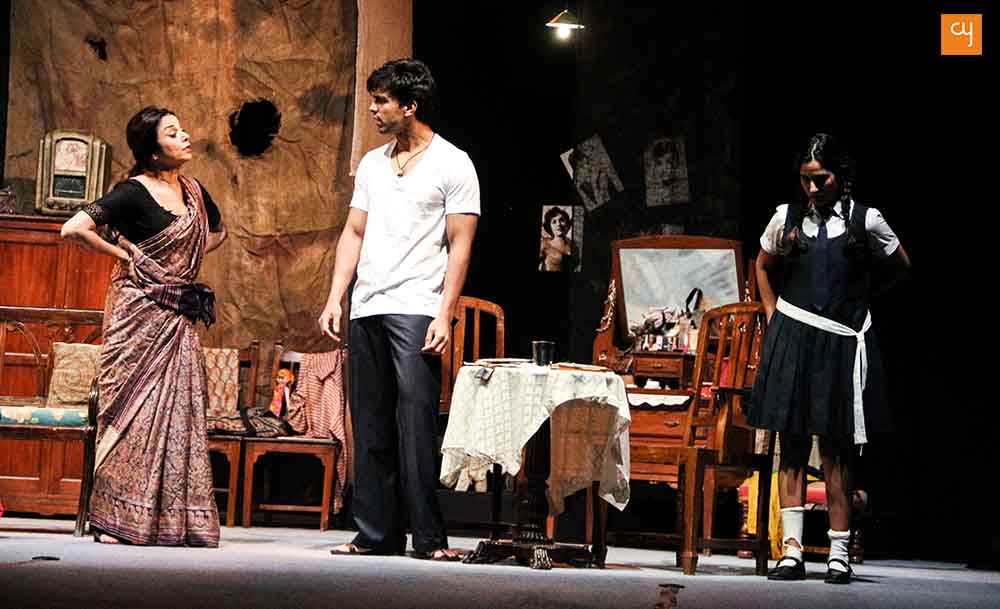