The subject is explosive. A character in the play is a ganika, whose thick make-up, offensive mannerism and crude language, though without expletives, are outside the socially ‘acceptable’ parameters we consider decent. And yet, Saumya Joshi’s Aaj Jaane ki Zid na Karo, his third very successful one in a row, is engaging in its theme with the focus on an empathetic view of the profession and sympathetic portrayals of two major characters, the ganika, and a plain-clothes police officer. All through in two acts they remain in a single compartment of a local train in Mumbai dramatically interacting in varying moods revealing their background and choosing a future course of action. 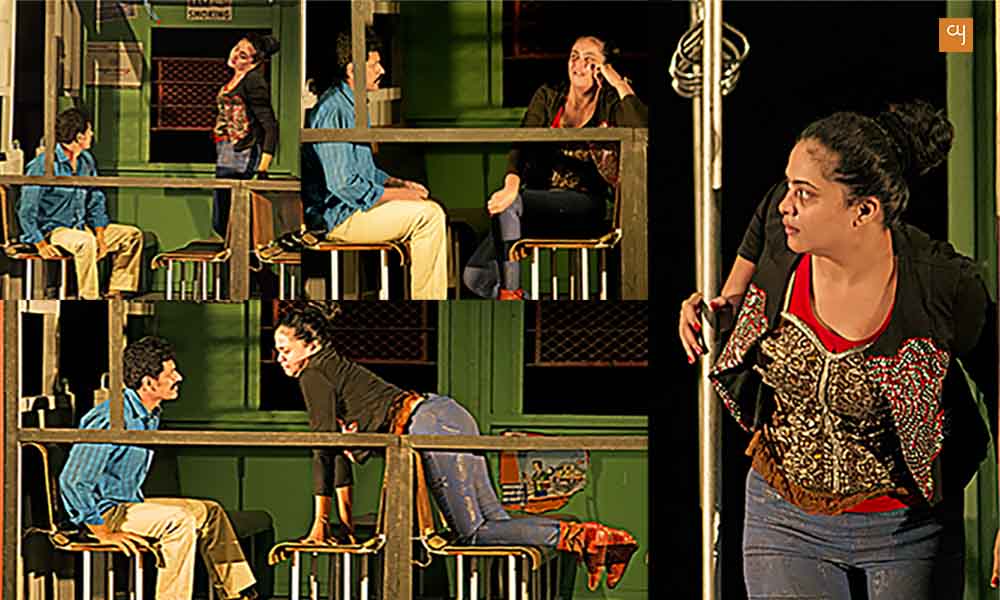 The recurring motif in the play, originally Marathi, translated by Saumya, is the searing contrast between seething emotions that remain unexpressed in their lives and the harsh suffocating reality of the gross material world. Like space the dramatic compositions seek, the young woman has a little free world here to move without inhibitions, even to mock the only other passenger in the compartment. Springing out of exclusive carnal contexts within four walls of rooms, celebrating her temporary freedom the ganika stretches out of the door and looking at the sky loves to let raindrops refreshingly fall on her face.  Significantly, she nearly forces the police officer, looking quiet, inhibited and unromantic, to have a similar experience.  As the two turn near buddies in course of time goaded she admits to a longing to have a lover waiting for her in the rain. 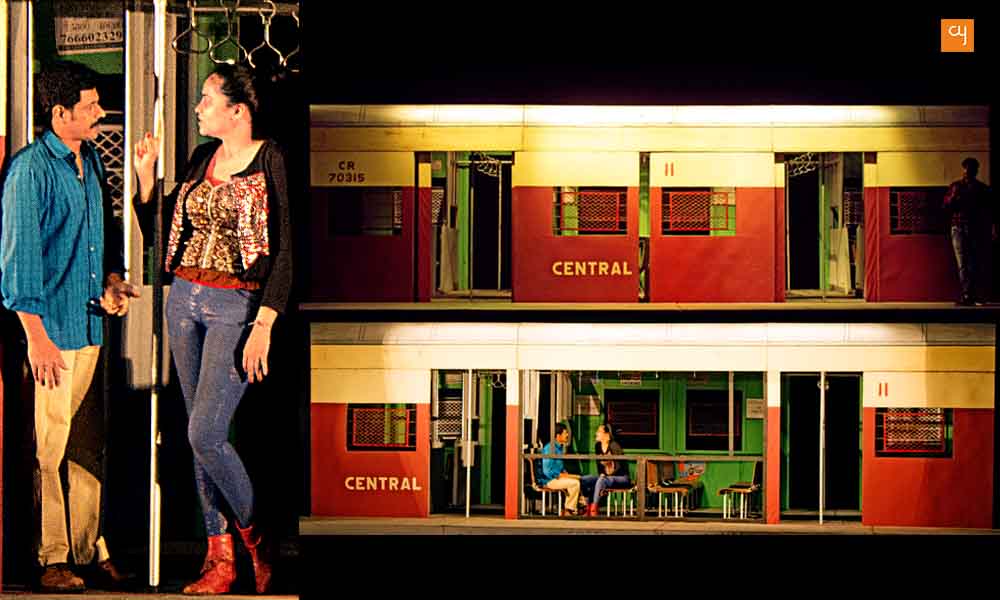 There are sensitively conceived moments associated with the police officer as well. At one stage in the second act he casually observes, ‘In difficult times in life, the face that comes to mind shows how closely related you are to that person!’ A kid had the association, another of his life stories unfolds, of his getting maalpuva with his mother getting a client. And, ironically, he started helping her get them for it! For the storyline and dialogue, credit should go to the Marathi writer Suresh Chikhle. Their touching rendering in Gujarati in a remarkable theatre trans-creation symbolically highlighting the events, and objects like a mother’s sari the son clings to even in her absence, has the unmistakable signature of director Saumya Joshi, feeling comfortable in producer Umesh Shukla’s company.

The reality has many faces. At a young age the chirpy woman in a profession men recognize at a glance, she has learned to take it all in her stride and doesn’t turn maudlin on finding a shoulder to cry on. ‘Shri Krishna sharanam mamah…’, is her ringtone. She used to go to a temple, she says, but there she bumped into clients. So now she goes to Haji Ali Dargah : Baba sab-ki suntan hai!  She had a client who would take rings with divine images off his fingers while in bed with her lest God should know. She refers to people labeling what women like her in the profession speak as  “‘bakwaas’, she tellingly observes, ‘Bakwaas’ ke siva baaki sab bakwaas hota hai.”

Jigna has always been dependable for sensitive portrayals. In a challenging role, she expressively employs her voice and eyes in particular and knows how far she may go too far. Jayesh More’s strength is in his penetratingly expressive looks, unaccompanied often by words. The music, sets, and lights remain integral to the moods and invite the audience to share them. Saumya has been creating history for Gujarati theatre with a string of successful plays. Those who love him as a creative theatre person, however, would like him to continue to complement originality in direction with originality in writing.