‘Satya-ni Shodhma-n, Einstein and Ravindranath Tagore’ - a dramatic reading : Conversations that are a cultural heritage. 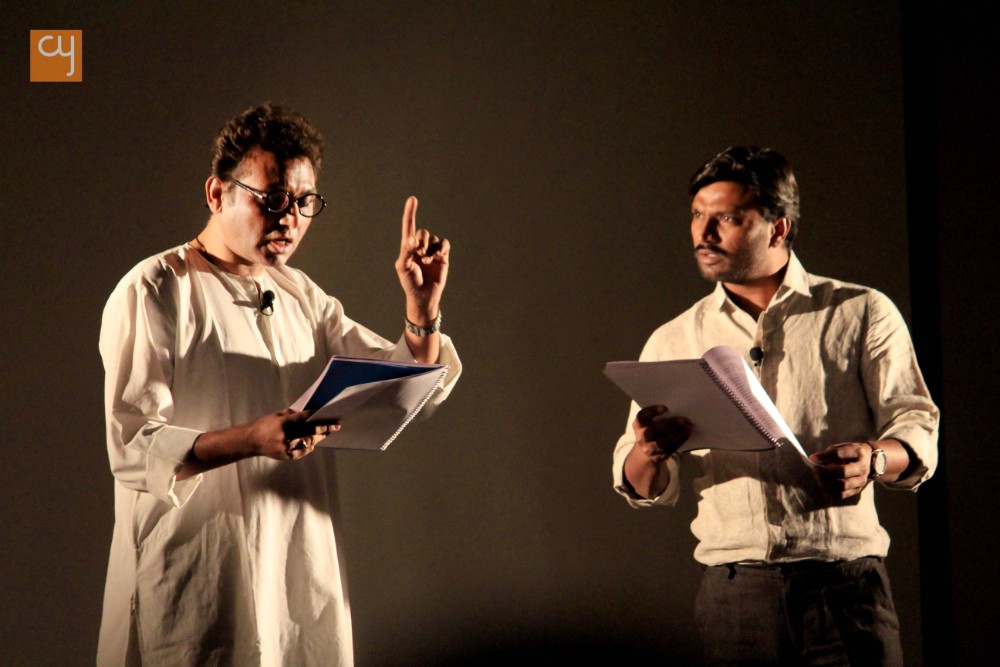 ‘What a piece of work is man!’ a Shakespearean hero marvelled.  Romain Rolland declared in 1919 that the human mind is free and that nowhere ever can the gross reality enslave it.  Among those who signed the cherished Declaration were Albert Einstein and Rabindranath Tagore. The genius, who was a scientist, published his Theory of Relativity on 25th November 1916. Another genius, who in his poetry and other literary works saw and portrayed Man as an integral part of the Universe, after his Hibbert lectures on ‘Religion and Man’ at Oxford in 1930 on the scientist’s invitation visited his residence in Caputh (Germany). Their conversations when they met, reported by the New York Times then, can be considered an intangible cultural heritage of mankind. 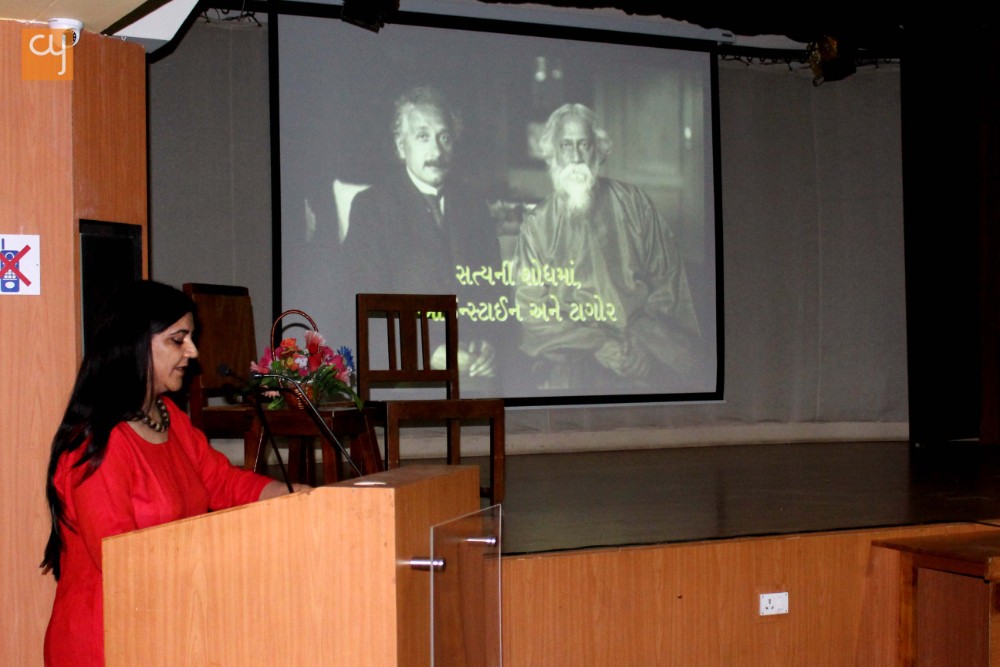 It is a measure of the invisible character of this city, Ahmedabad, that it has an active mobile Ravindra Bhavan (Keeping it mobile was Niranjan Bhagat’s idea), and that Shailesh Parekh, a Tagore scholar with an unassuming demeanour, thinks of celebrating the day, 25th November, Einstein’s Theory that blazed a  trail in physics a hundred years ago. As a tribute to the two geniuses mankind could be proud of, he put a part of the conversations in a dramatic form in Gujarati as ‘Satya-ni Shodhma-n, Einstein and Ravindranath Tagore’ and had it presented by Nisarg Trivedi as Tagore and Abhinay Banker as Einstein as a well-rehearsed piece of ‘expressive Drama Reading’ at the Vishvakosh Bhavan, which has emerged as a Centre for all arts and intellectual pursuits. Truth that radiates the Universe and Beauty that it manifests are the subjects Einstein and Tagore discussed. There is divergence in their perceptions and views but the guiding force of the believers in universal brotherhood is understanding and complementariness, not aggression and conflict.

There can neither be Truth nor Beauty, according to Tagore, independent of Man. The inter-connection between human beings, like atoms in an object, links up the whole Universe. To the scientist’s suggestion that an object exists irrespective of whether Man does, Tagore cites the example of paper. To the moth its reality is limited to its being eaten. To man’s mind, paper has the reality of literature on it.  As human beings we see something more than matter in objects. It is no small talk for which the two met. Probably Einstein invited Tagore to the quiet of Kapootha to understand his theme in ‘Religion and Man’.  And Tagore for sure had great pleasure in meeting Einstein a second time for intellectual interaction. 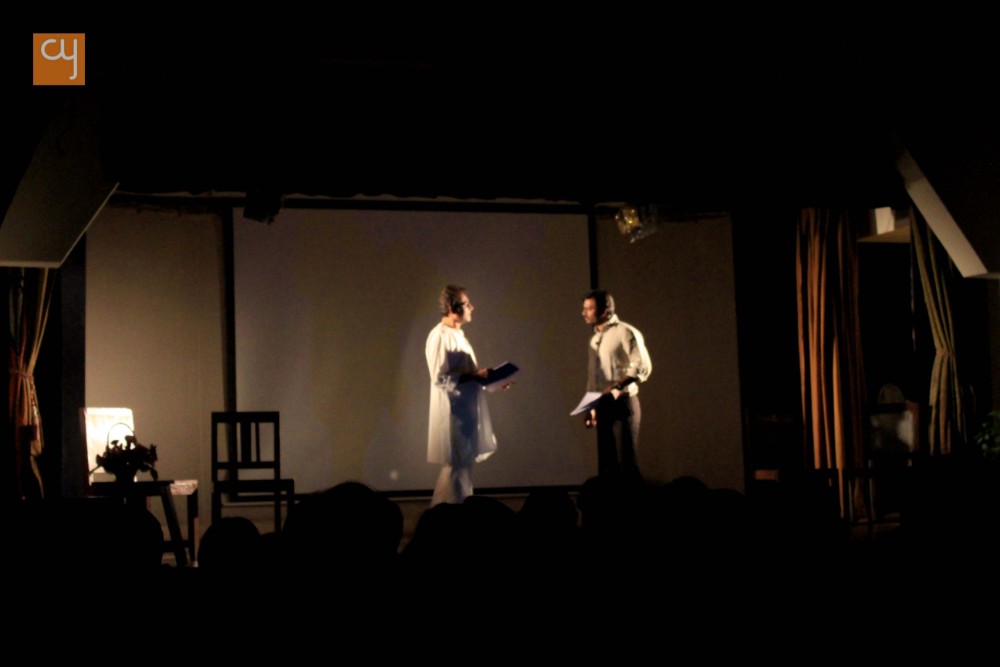 The Universe is shrouded in mystery and with curiosity the human mind tries to unravel it.  Can the Indian music be sung and understood without words, Einstein inquires. In response, Tagore explains subtleties of North Indian music, how it is independent of words. ‘Has melody suffered in your (Western) music by the imposition of harmony? now Tagore inquires. Einstein’s response is : Sometimes the harmony swallows up the melody altogether.’ ‘Melody and harmony are like lines and colours in pictures,’ Tagore observes,, ‘A simple linear picture may be beautiful. The introduction of colour makes it vague.’

An individual not having had a feeling of awe and mystery looking at the universe is in Einstein’s view like a flame without light.  Having this feeling to him is being religious.  Tagore celebrates his existence on this beautiful earth as always with a song. Through the known familiar sensory experiences of sight, smell and hearing, he connects the mysterious unknown in the Universe. Theatre has the capacity, the two actors demonstrated through their vachikam, to put across to an audience profoundest of ideas. 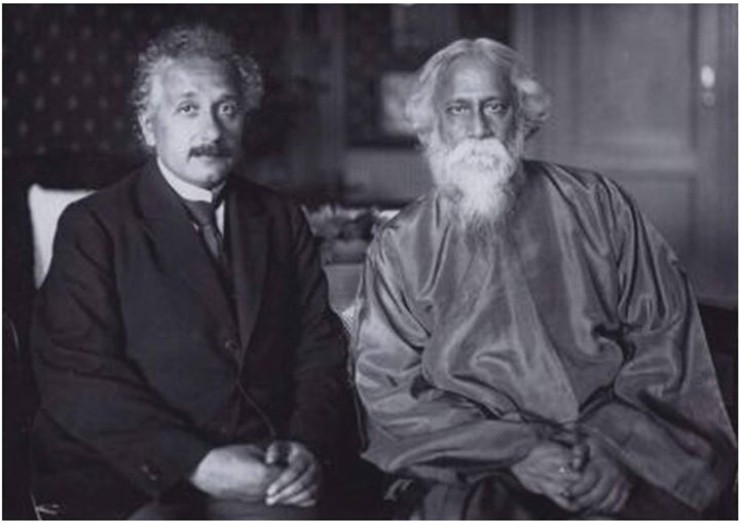 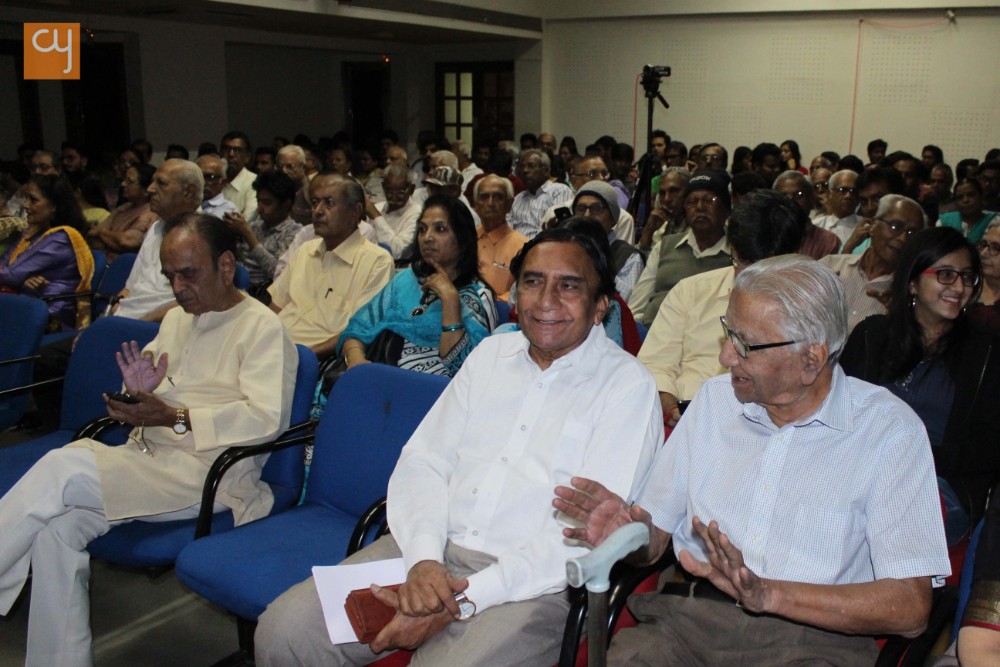 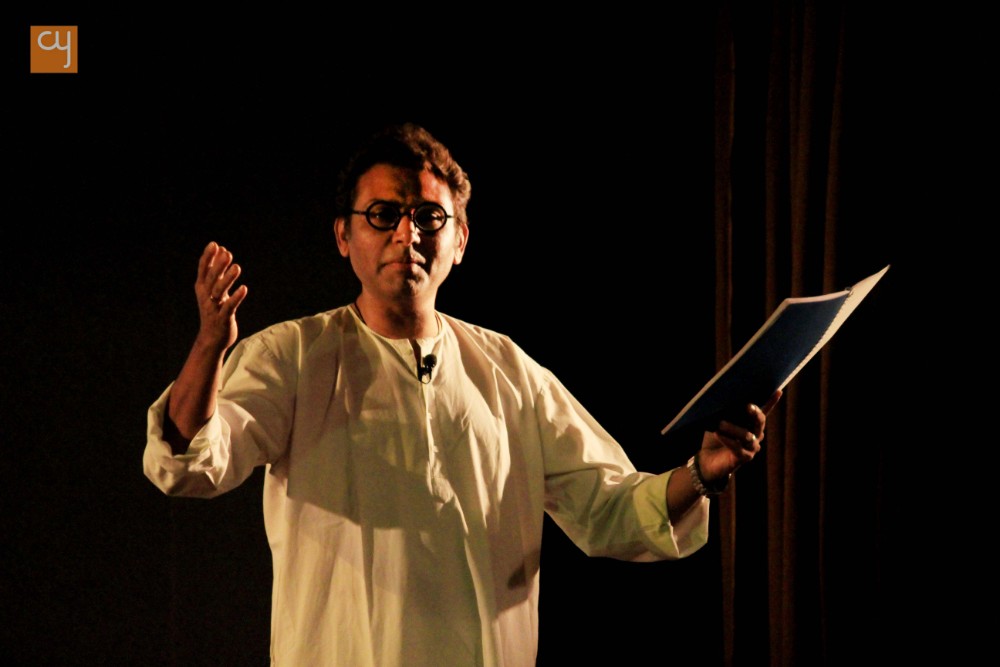 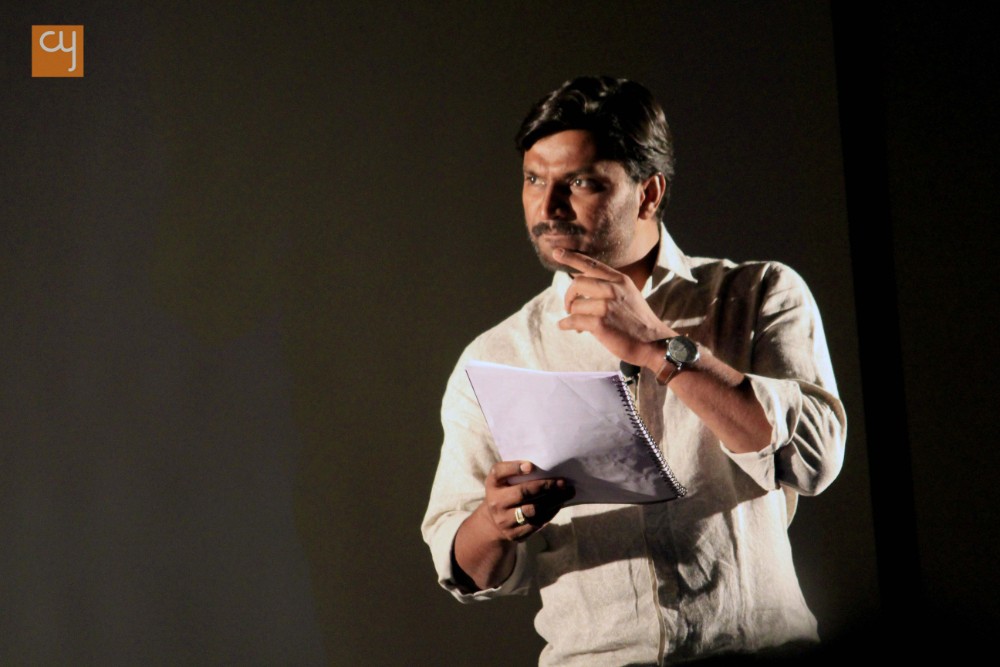