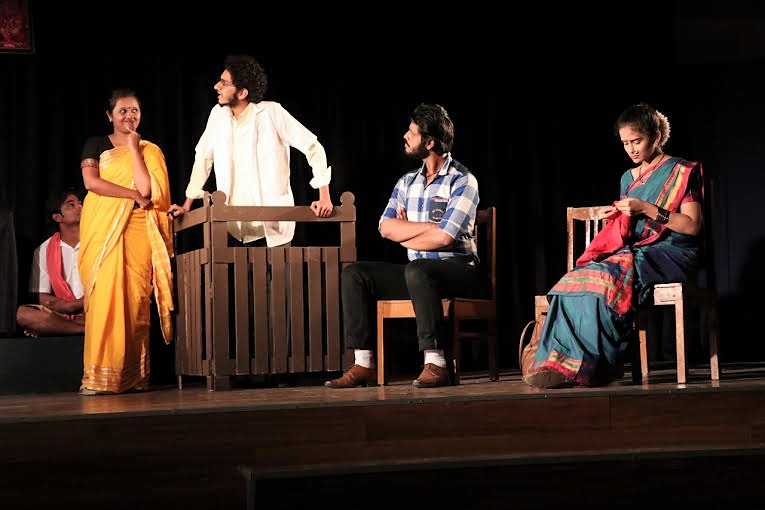 A playwright, Vijay Tendulkar once observed, should act in a play and see how a character and his voice are projected. Those who wish to be actors need to do plays like his Shantata! Court Chaalu Aahe! Vijay Tendulkar is known for characters with a voice as much as the dramatic structure. With her training at NSD and experience on stage, Diana Raval knows this and she casts her students at J G College of Performing Arts as characters in this play, written exactly fifty years ago and has remained a point reference for theatre learners as well as veterans. The play as it is written takes shape from a dramatic rehearsal and this format the director uses to her and the players’ advantage. They get into their characters and hilariously out of them with relative ease.

In Sarojini Varma’s abridged one-act Hindi version of the three-act play in Marathi the college presented at its auditorium last Sunday, the core of dramatic interest in it with the focus on the central character Benare, a teacher, remains intact. There is a mock trial of, who else, a woman accused – accused of moral turpitude, carrying a child and of dereliction of duty. The trial is mockingly conducted by the custodians of morals in society, chiefly men. With the spice of ‘naturalistic’ style added to the light informality the writer has introduced, the director catches the viewers off guard for the unexpected serious turn the play takes. 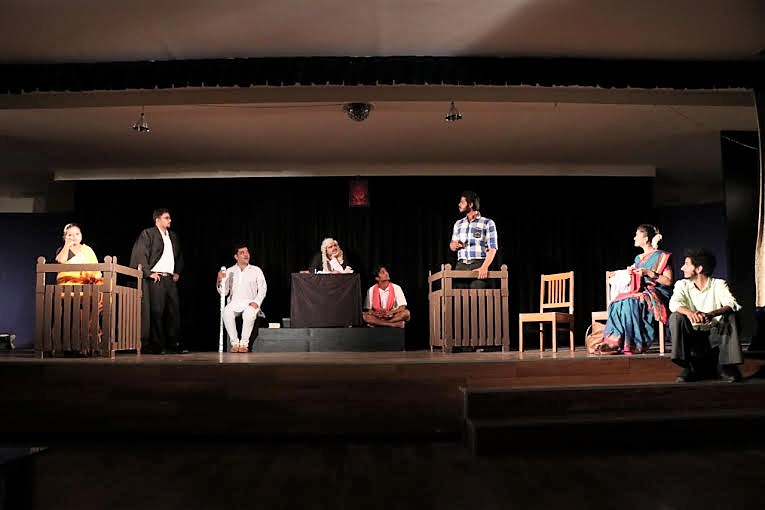 Discerning viewers, and those familiar with Tendulkar’s text, do get hints of the feelers put out right from the beginning through the text and acting. The director keeps tapping from time to time the acting potential of the girl playing the protagonist and the signifiers put into the text build anticipation. Even in the midst of the flow of apparent comic action, Benare steals moments of seriousness, stillness and silence, for example. They are as suggestive of the theme as are the images of the bolted door that doesn’t open from outside, her finger getting caught in the bolt, Samant’s green cloth parrot, the dollhouse in the song, and so on. Reassuringly, unlike in the style, the director takes no major liberty with the serious undercurrent getting felt.

The undercurrent targets two factors dominant in society. One is the denial of choice and personal freedom to women, the other is the sexist attitude and politics putting women on the defensive even where the offence is committed by their counterpart. That is how the format of a game being played out in this drama gets significant. Benare, tellingly portrayed by Sonali for her age and experience, finally leaps out of the format and, representing all women as it were, asserts that the moment in her early teens when she seeks the beautiful experience and later when again she tries out a relationship of mutual trust is a cherished moment as an individual. She also asserts that it is her right to decide whether to give birth to her child or not. 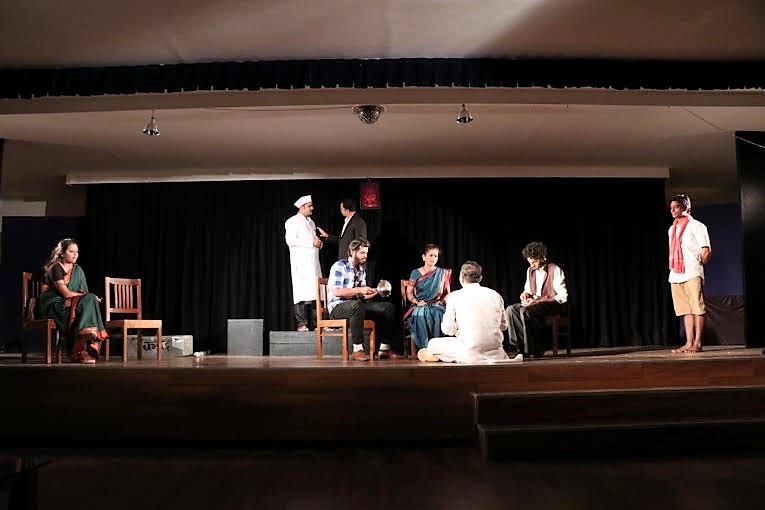 Ironically, as it nearly always happens in our society, it is men who put the woman on trial. The act smacks of hypocrisy and of cussedness. Ironical again that it is men who have put the woman in this situation through lust and have turned tail. With reference to her second experience, she bursts out in the monologue and tells the jury as it were in the auditorium, “I offered my body on the altar of my worship. But he wasn’t a god. He was a man for whom everything was of the body, for the body!”

All this gets rather powerfully put across. The director deserves compliments for selecting the play and getting it enacted satisfactorily. The girl playing the lead role has a spark. Without the acting and backstage skills of every member of the team backing her up however the outcome would not have been so effective. All of them get into the mood and the situation. They emerge as relatively distinctive individuals. They act and interact pretty well, even use spontaneous reflexes. 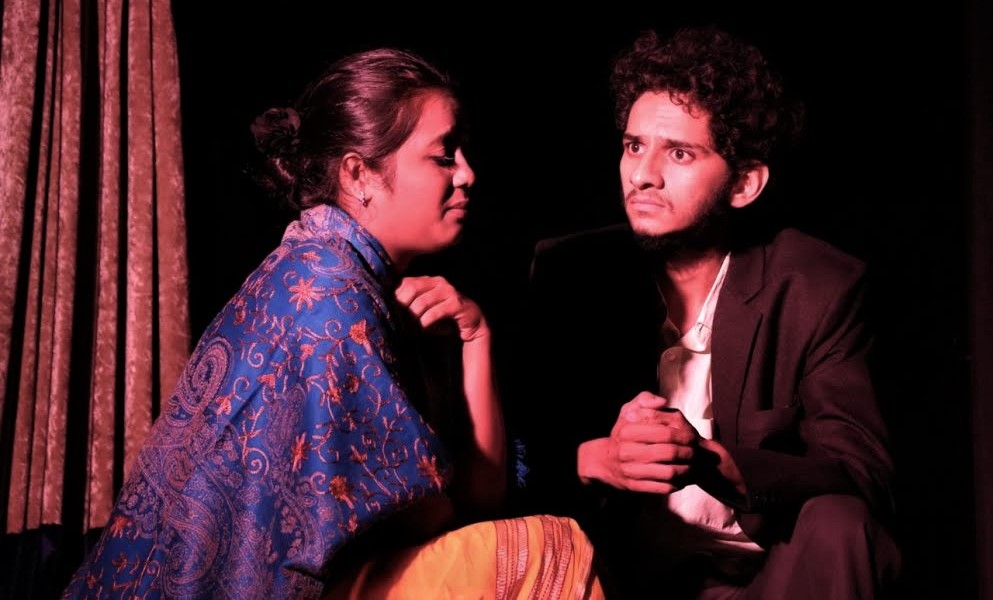 Suraj as Ponkse sensitively shares a wavelength with Benare in a scene towards the end and they get applauded. Ashish as a simple small-town young man, rather naïve, and Devanshi as Mrs Kashikar, a middle-class ‘I-know-it-all’ stereotype, stand out. Ashish Rajput looks an actor with his appearance and mannerisms. Parth acts well as the judge bloated with self-importance and Jaydeep is businesslike as a shrewd lawyer. Parth Ruparelia is Balu and Upen Prof Damle. Lights and music are relatively well handled.