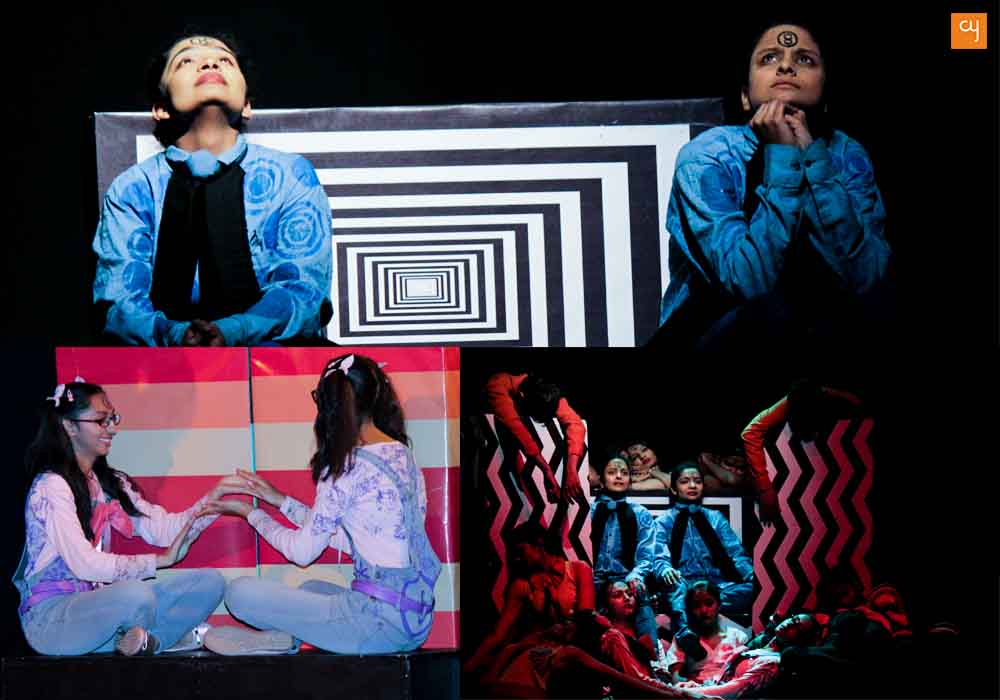 Originality, freshness and suggestion breathe life into theatre. They modestly did in ‘Daabo ane Jamano’ (The Left and the Right One), written and directed by Chirag Modi (GLS Commerce). Ever heard of two chapals having a dialogue on stage? In this play on Day Two of the GST-INT’s One-act Finals, they have an engaging conversation between them, with other pairs, all numbered according to size, as also with others, including an invisible wearer Ishvar kaka.

At the first glance, the two chirpy characters seem to be talking about trivia like waiting for the buyer. If you sit up and listen carefully, they emerge as individuals – one irrepressibly expressive in pleasing words and action, the other a bit taciturn and reserved, rational and practical. Getting apprehensive, sad, happy, envious, moody, they display a range of human  emotions. More significantly, even in their plain unsophisticated language, they turn philosophical and the conversation becomes metaphoric.

They hear their Ishvar kaka say, ’Stay together – in harmony.’ Or, ‘Saathe hovu-n e hovu-n’ (Being together is Being). Promising, unconventionally! 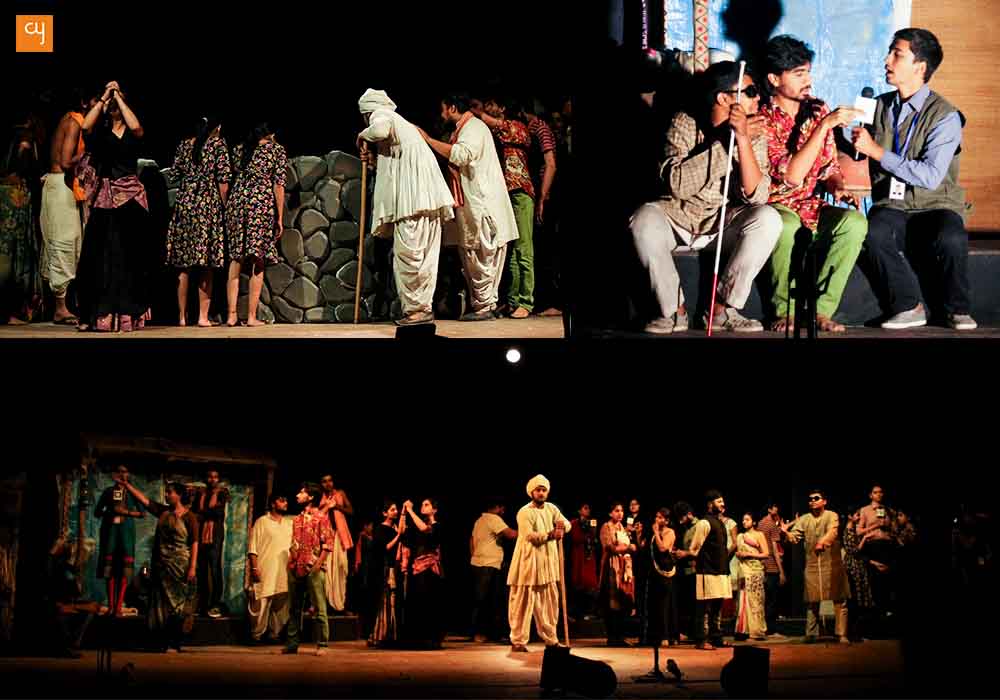 ‘Ghemar-ni Geeta’ (SMPI) has contemporary social relevance. Maaldhari Ghemar’s cow, fondly named Geeta, goes missing. The news gets viral and people, including media persons and politicians, flock his place.  Ghemar, who with his native wisdom has sensed what they are all up to, observes, ‘Takleefo-na taavda par sekhi lo rotalaa!’ (Cash in on someone’s misery!)

He has an emotional bond with the cow. Media and a social organisation irritatingly pursue him for their own ends. More sinister are the political designs. Ghemar is blunt with a self-proclaimed young ‘leader’, who tries to give a communal twist to the happening, ‘If dividing us is your dharma, your dharma is a sham.’ He protects a chamaar, suspected through class prejudice of stealing the cow, from being tortured and offers him water.

Abhishek Shah directs young amateurs’ stage effort to one of theatre’s functions of social awakening. He has his signature on its group choreography. One feels he needs to change his format now before it gets clichéd. Besides, contemporary references tend to come up to the surface of the text. Let suggestion remain the power of theatre. 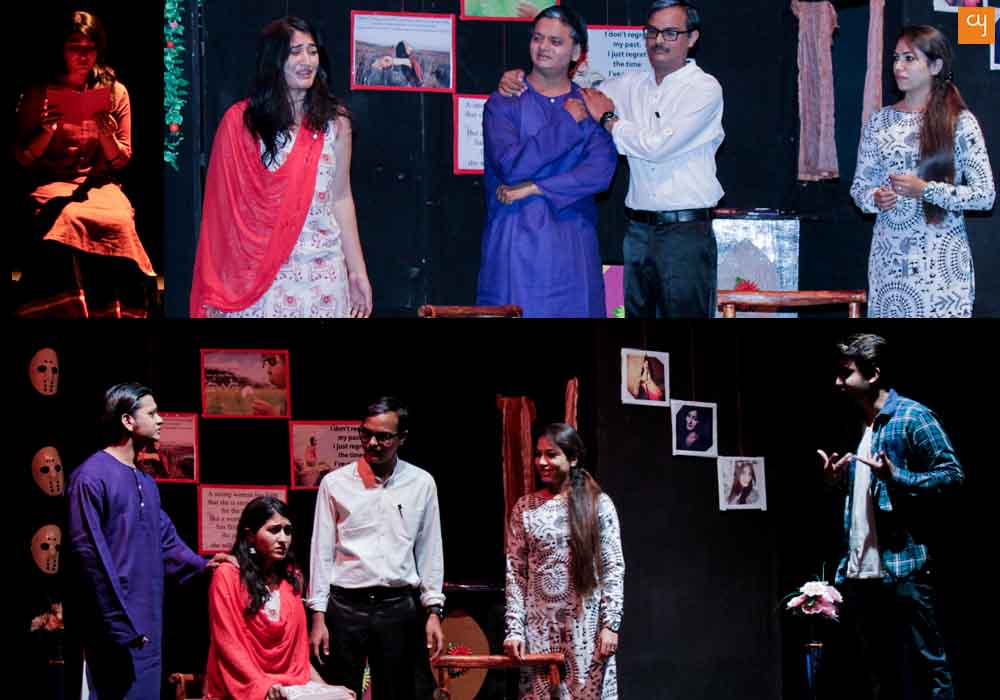 The curtain goes up promisingly on a spacious room with a rich décor in ‘Mukaam Post Hruday’ (Upasana), written by Dilip Raval, directed by Satyendra Parmar. Manasi, the central character, on a swing in the centre at the back is beautifully projected. Pretty and a poet, she is brokenhearted and needs psychiatric attention. The psychiatrist with her father’s reluctant consent introduces a plan that obviously has predictable hazards. Fingers crossed, the discerning spectator watches the goings-on smartly presented on the stage.

What makes him uncomfortable in his seat, however, is the choice of a play in which everyone speaks highly charged poetic language. In reality, even a poet herself is not seen speaking a sentimentally ornate language all the time. This snatches credibility away from otherwise an interesting case study of a girl who after exchanging love letters with a young man for long finds him turning silent. The girl playing Manasi, quite confident and comfortable in movement, has reasonable potential to flower up as an actress if she is helped with her voice getting more expressive with sharpness, depth and modulation.