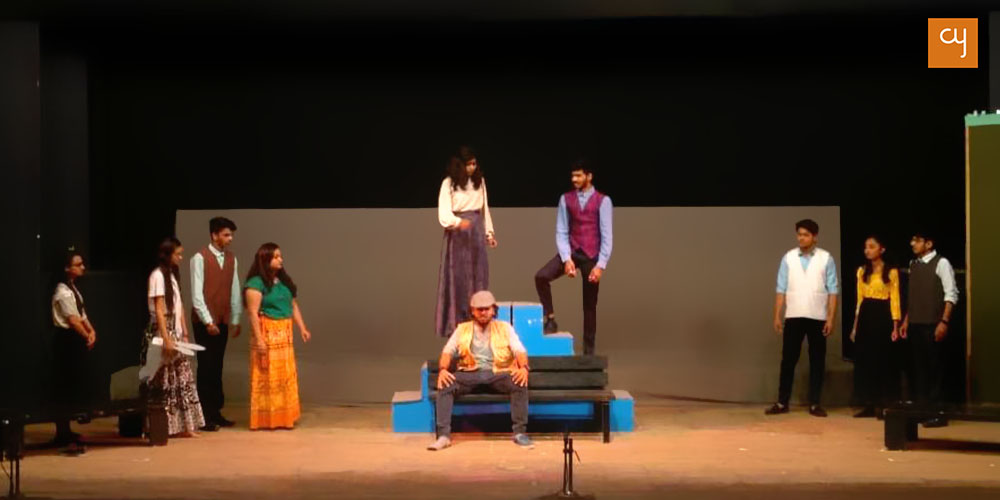 At the semifinals of the 32nd All Gujarat Intercollegiate One-act competition last January the number of participating colleges went down to eighteen. At the same time, as every year, there were welcome surprises. Young minds are so gifted and with the incentives it now offers, the competition brings out their best. One might as well think incentives need not matter. With the rising cost of even a short production now and considering that amateurs are still in their formative years answering diverse claims to their talent, for practical reasons they could be welcome. While impressions received at the finals on January 30 and 31 are given words below, these ideas come to mind.

Creative imagination is the thing. Kabir Thakor walked away with the first prize fifteen years ago at this prestigious Ekanki Spardha being held by INT (Mumbai) and Gujarat Samachar Trust. It was his social concern which dominated the well-structured play. Now for GLS Institute of Commerce, he writes and directs a play, A Midsummer Night’s Dream in Gujarat, for which he has borrowed his takeoff point from Shakespeare but has so developed it with imagination and social comments that there is no harm in calling it an original play! 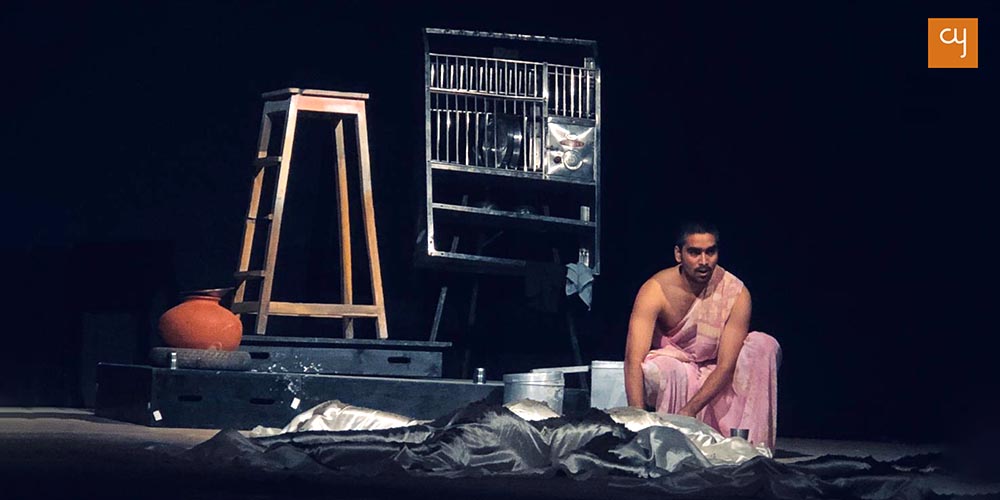 The one-act with its mix of modest lyrically romantic, prosaically realistic and irresistibly hilarious moments gets so delightfully musical with Mayank Oza’s simple songs, put to tunes by him and rendered live with a dholak, tabla and harmonium that the young team of players, on stage for the first time, gets quite in a mood that pretty well matches the one conceived.  Kavya and Jay, counterparts of Shakespeare’s Titania and Bottom, while they are rehearsing an adaptation of the play in Gujarati get stuck up at the ‘kissing scene’, particularly because the ass of the young hero with a socially conditioned mind can’t live up to the scene. Kabir, always in his element when it comes to social observations and comments, is of late found to be so with playful imagination in the text. Both the social critique and playfulness musically supported integrally form a strong undercurrent for the simple action. 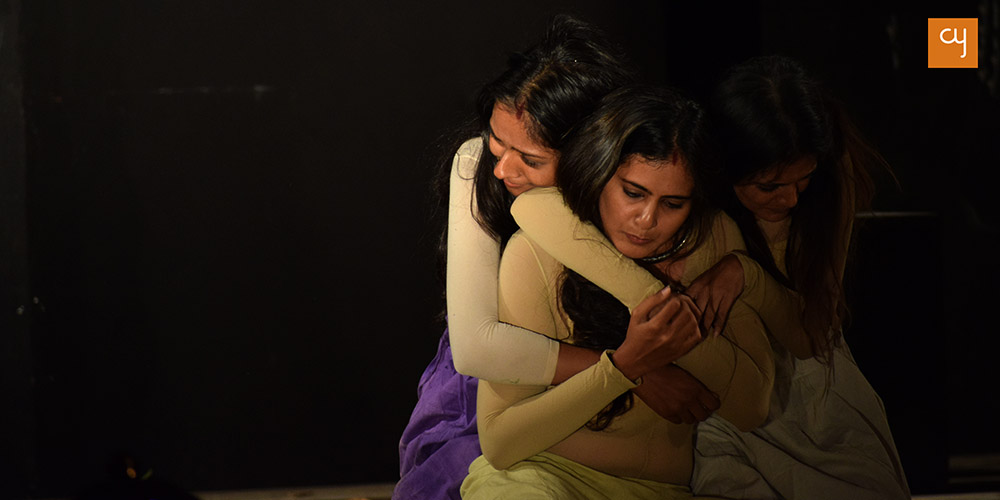 Kabir along with Rahul Kantharia, director of the play Mother the Fine Arts students of Veer Narmad SG University (Surat) made bold to stage seem to redefine parameters of the one-act genre. These students led by director Rahul and actor Deepak combine physical theatre with symbolism, the forte in their medium, to put across an idea at the level of philosophy. They endeavoured to suggest with the concept of the earth as Mother and the current violent social and natural turmoil the world over the idea that we are familiar with in simple words: You sow, so shall you reap. True, all carefully crafted segments were difficult to easily comprehend – the young viewers tried intently and with maturity without getting restless to follow the details reassuringly – and yet a commendably bold experiment. 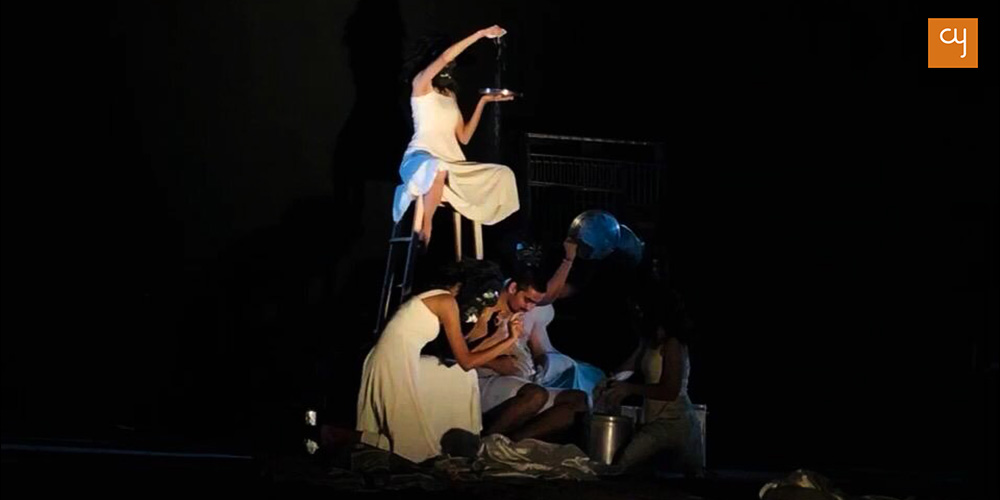 A third one act that proved different with the theme and its treatment was Jag Gaatha presented by Gujarat Arts and Science College. In this play, deceptively simple again, imagination plays a major role at the levels of writing and presentation. A common man supposed to be dead looks at the events of his life candidly while mourners have diametrically opposite perceptions of him. In Mulaakaram from SPB English Medium College of Commerce (Surat), the contemporary inhuman treatment of dalits and women gets highlighted with dramatization of a custom said to be prevalent in Kerala many years ago. Dalit women, led by their fearless outspoken leader challenge the self-appointed higher caste with divine blessings, its privileges and ‘laws’. The presentation was in traditional dramatic mode. 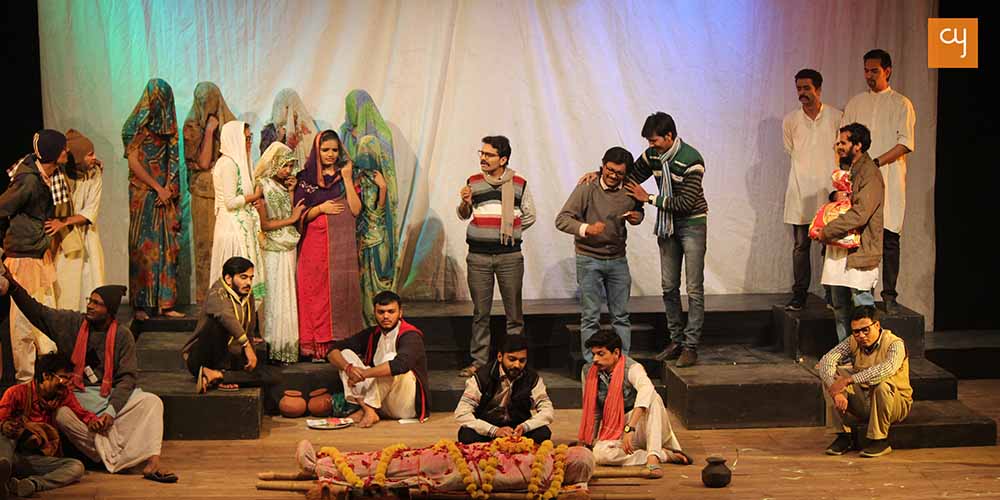 If the director and actors would not have been carried away by the temptation of popular applause MAP Fine Arts and Arts College, Palanpur, had an opportunity in Free Style Gavahee to stage a good specimen of a play in the format of a farce and caricaturist character portrayals. For Tu-n Mane Swikaarish? (H L College of Commerce), the director needed players with diverse dramatic skills such as acting, singing, puppetry and writing. Either he could not spot and get them or maybe he could not get the players to act out accurately what he had in mind. Imagining that the characters had died fighting against social handicaps, it was a noteworthy effort on stage though.