Samudra Manthan : A storm and turbulence 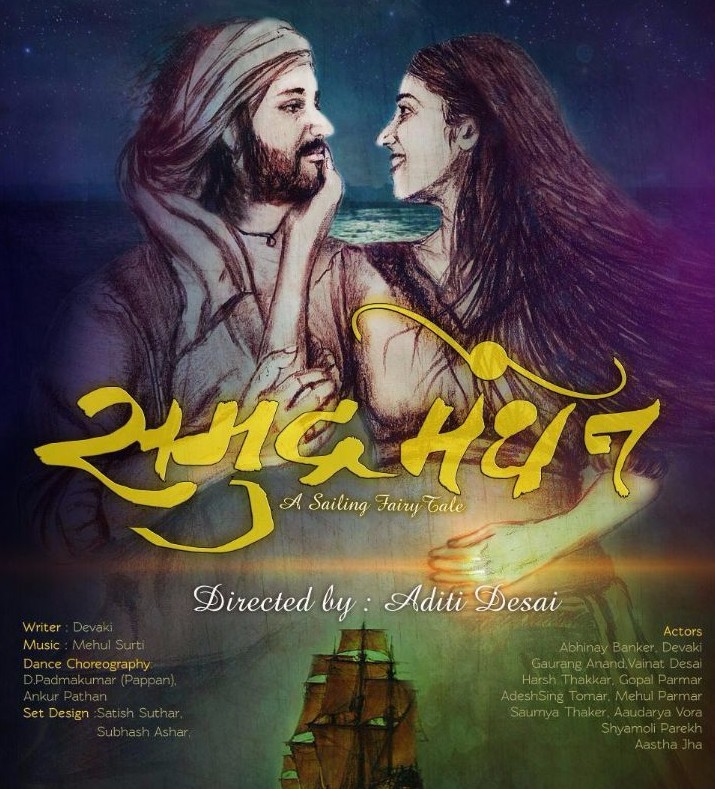 On my way to the Hall the day SamuraManthan was premiered, I heard it said, ‘It’s House Full!’ Though Aditi Desai had given in recent years three successful plays one after another, I didn’t believe my eyes to see the hall packed to capacity well before time. I shared my elation with someone, ‘Hope the curtain opens on a local Gujarati play!!’ The play had a rousing reception all through, particularly from those young in the audience. Those mature had pleasure writ large on their faces. I realised history was in the making.

A day after the show, during a long chat on phone, Aditiben characteristically listened even to criticism calmly. She casually added, ‘Come again and watch the play after the first ten shows.’ There was a ring of confidence in her words I had rarely heard before in my close association with Gujarati theatre for close to four decades. On the World Theatre Day in Vadodara and in Ahmedabad at all shows so far, it has received a standing ovation and has shows lined up till May end.

What’s so special about the play?

There is animated movement aboard a ship mid-ocean as the curtain goes up.  At the helm, holding the Captain’s imposing wooden steering wheel on a level back centre is the broad-chested Mithu, who for a change takes long strides and holds the binocular to watch the stormy sea. There are other details, including steps leading up and a cellar. In the open space in front gradually emerge spectacular robust scenes of the sailors’ life. The drama begins as incognito emerges the character of Kabi, Mithu’s wife, who is going to dominate till the very end the scenes in a wide range of moods – romance, suspense, courage, pathos, quiet confidence, defiance, triumph and affection. 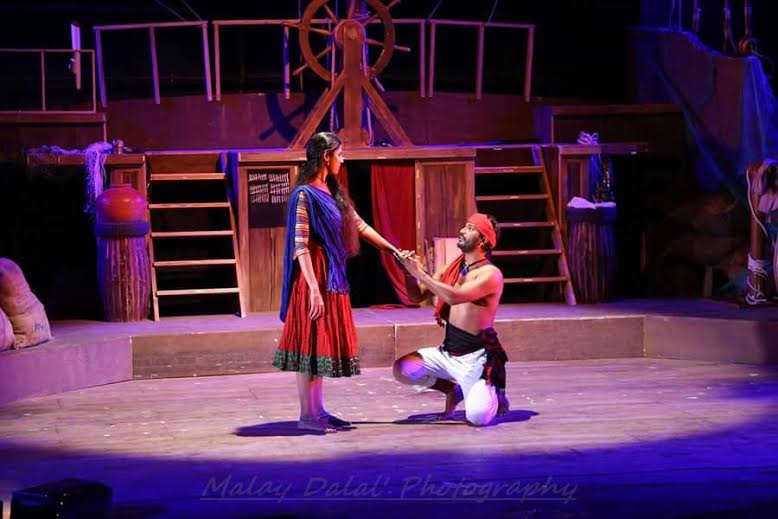 As much the romance of the young couple as the romance of being on the sea all the time finds effervescent expression in songs and dance that leave you clapping and tapping, and snapping your fingers. This reminds one of Broadway musicals, an immensely popular American theatre genre. What is reassuring here is that these elements with an appeal to the eye and the ear get integrated into the larger dramatic narrative that becomes a metaphor. It’s a woman, looked at with suspicion prompted by age-old superstition, who with her native wisdom and acquired skill steers the ship out of troubled waters. 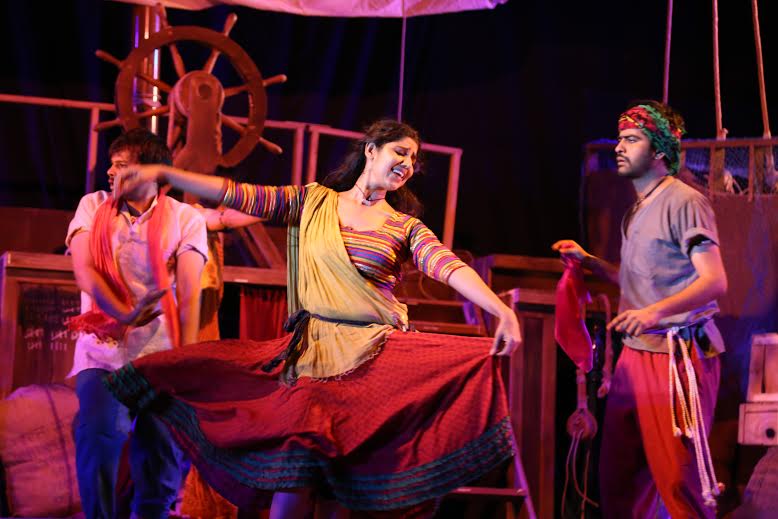 The play commemorates the memory of the late Jaswant Thaker, a stalwart of Gujarati theatre. This is his daughter Aditi Desai’s very significant production, noteworthy for its dramatic art, successful even at the box-office. It is a researched true story of Kabi Mithu Kasta of our own port, Mandvi. Devaki, Aditi’s talented daughter, who brings Kabi to life with vigour, has written the play with precocious skills, highlighting both the storm on the sea, the turbulence within and demonstrating the exciting connect between drama and life. 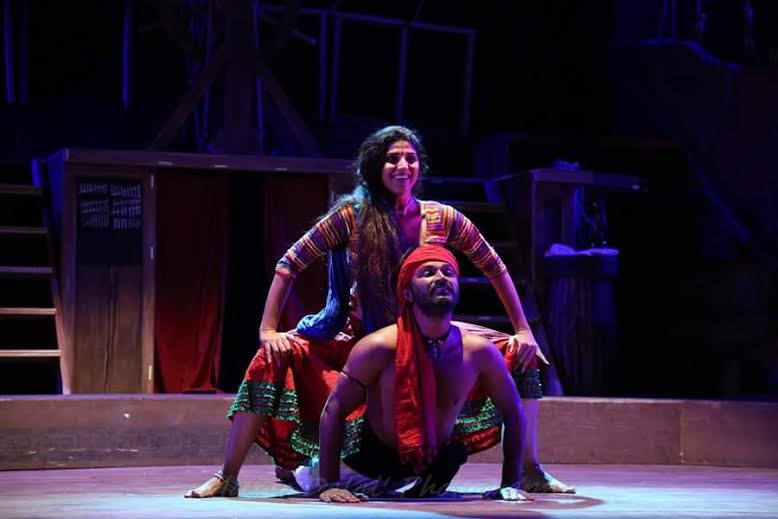 Abhinay Banker as Mithu is an actor of versatile dramatic skills, who makes acting look effortless. He looks one picked up right from the seafaring Kharava clan of our coastline. In delicate moments he is as soft as early morning dew. Devaki measures up to him in her original expressive style. All elements of the play – setting, music, choreography, lighting design and supporting players – rise to be in the same key and make the play a successful musical. 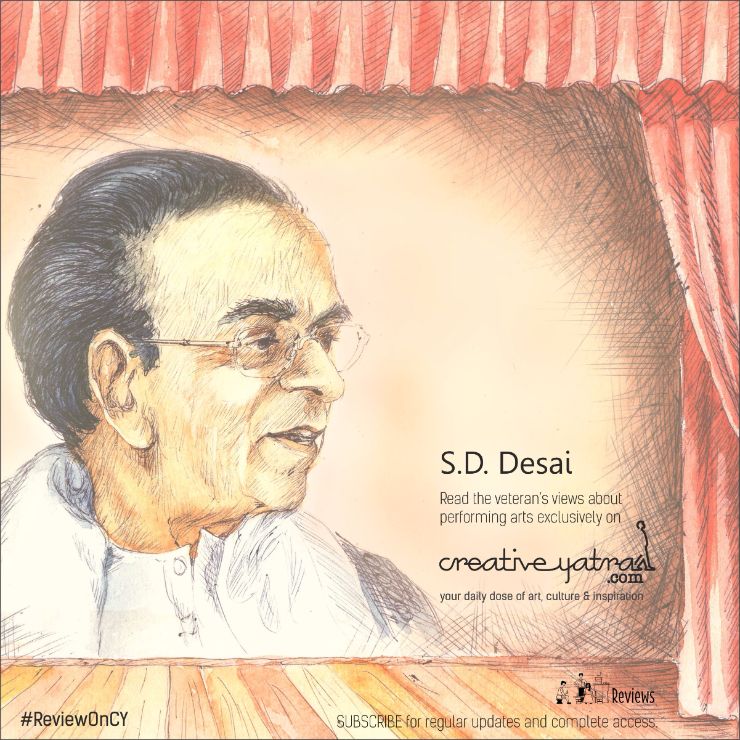