Visual Arts at Abhivyakti: A trip to the unchartered

Even as Edition 2 of Abhivyakti unfolds further with its events in the second week, it provides a sense that the entire fest is poised to indulge in experimentation; each event demonstrating that dimension in their own right. You see a play deal with sounds and their psychosomatic impact; and then one with a plot but no pre-scripted dialogues! In that backdrop to go for the offbeat, the Visual Arts Segment comes across as the most experimental side of the Fest with all its five installations and a photography section. 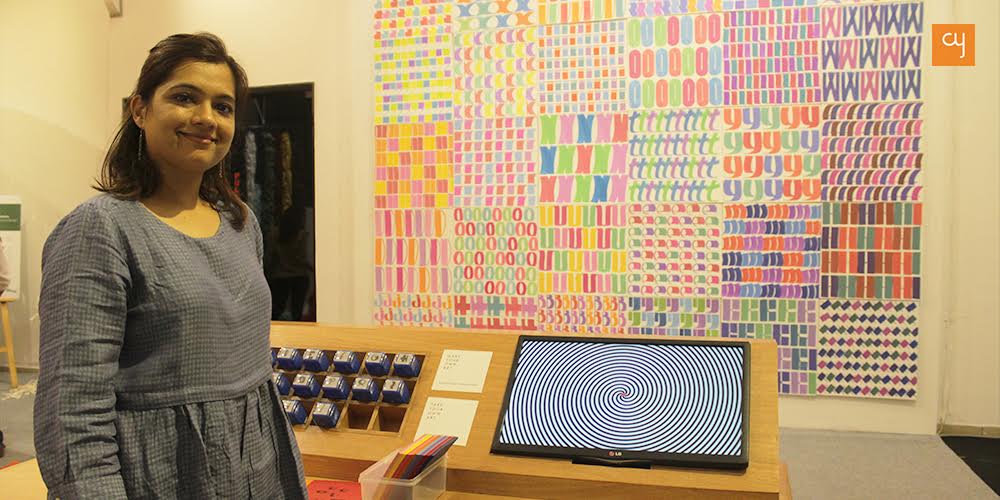 Displayed in the side foyer of the Dinesh Hall, this art segment features unique yet exquisite works by six teams of artists of Gujarat. From Koral Adenwala’s Rote, a playful experiment in English alphabet where you can partake to Power=Displacement/Time a mound-full of debris and clutter depicting the chaos-causing impact of displacement, the works have been rendered on a scale that’s just awesome and point to the sheer amount of time, energy, imagination and resources that have gone into their creation! 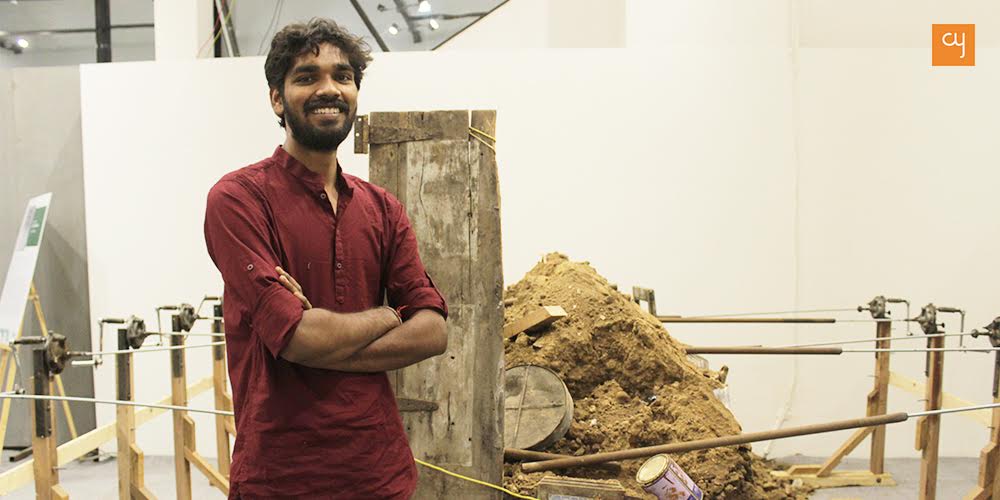 While the scale of the works is visibly gigantic, the issues they underscore are equally imposing for the current society to deal with going forward into the twenty-first century. Take for instance the unsustainable development that is denuding the mother earth and bringing in irreversible changes in ecology and environment. At the habitation level, the model has encountered resistance and often led to unacceptable dislocation of communities. Rushabh Vishwakarma’s work Power… with its intricate detail, size and façade of devastation captures this and other allied strains of the issue arising at the behest of the systemic power or unthoughtful approaches. Rushabh uses a mound of debris and mud representative of a demolished household and mutilated household articles displayed alongside on shelves to effectively capture the strain. 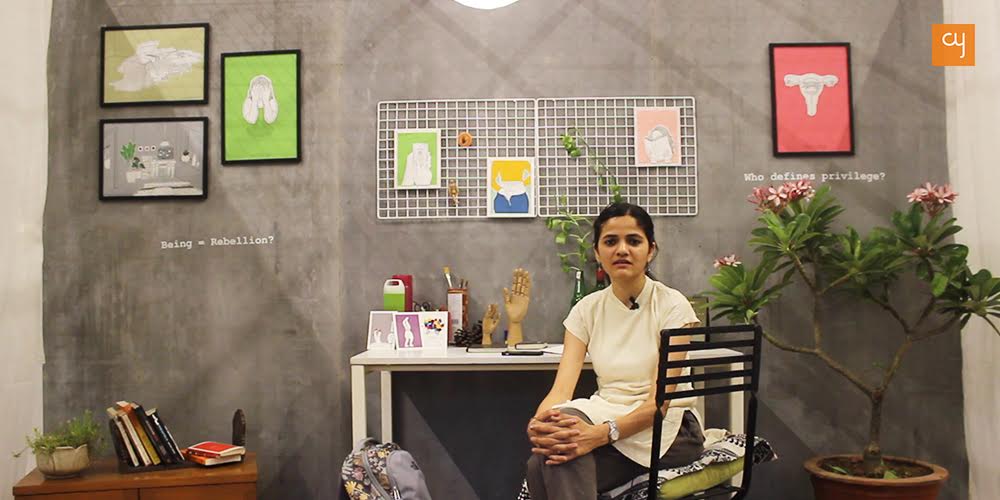 Anuja Khokhani’s work Life on the Edge is about women’s daily struggles of the subtle and small nature while they are seen to be breaking the glass ceilings and the visible barriers at the macro level. Anuja uses a delicately furnished room with all the incumbent comforts to typically portray the life of a young educated, well off woman;some aesthetically made illustrations and message cards (which a visitor can take away as a souvenir) to depict the paradox between this apparent coziness on one hand and the inherent taboos and obstacles on the other that hold back the woman from really being a truly equal and independent partner in her own life and in the society. 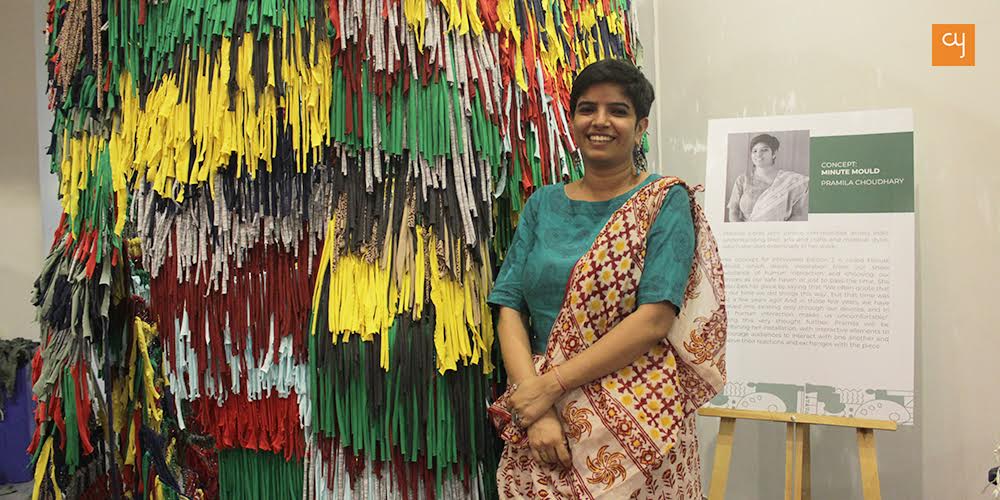 Minute Mould is the installation put up by a team led by Pramila Choudhary, an FM at the Textiles Department of NID. This one underlines the depleting personal interactions vis-à-vis an increasing reliance on virtual communication. The incidence of the kind has been reminding us for some time now of an Einstein quote “I fear the day that technology will surpass our human interaction. The world will have a generation of idiots.” Though Einstein may appear to be going overboard in the end, but some of us do wonder about the diminishing capabilities of the newer generations to compute even simple arithmetic and recall even phone numbers due to their reliance on gadgetry!

The first of the three-in-one work created all in crimson-amber reminds you of a Bhunga, the traditional Kutchhhouse, at least for its shape if not for the thatched material and dull colours used therefor. The Mould set has been crafted with the help of women workers from the local crafts group Happy Faces by deploying the technique called Macrame – the craft of knots, using scraps from a T-shirt factory. Two of these units have sitters to make you easy on the floor and to instil that feeling of sitting in leisure with your loved ones. The young host at the installation – an intern with Pramila– encourages you to enter these ‘siblings’ standing nearby! 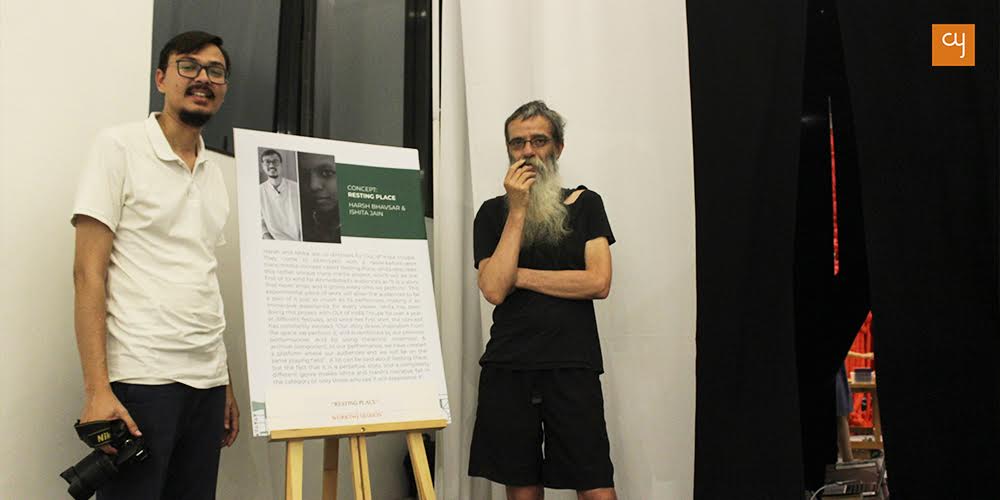 The icing on the cake is provided by this trans-media project called The Resting Place, a visual installation that also uses props like illustrated cards, stories in text and an interaction with the host played by Ishita Jain. The Project co-partnered by Harsh with inputs by Dr Gavin Keeney of USA is all about reliving memories and giving interpretation to them while a video and text divided in a few chapters are projected on a screen in ‘this resting room’. The small room is guarded by baton-wielding chowkidars to create a feeling of entering a treasure trove of memories! Jain then encourages you to participate for your own interpretation of the visuals that you see! 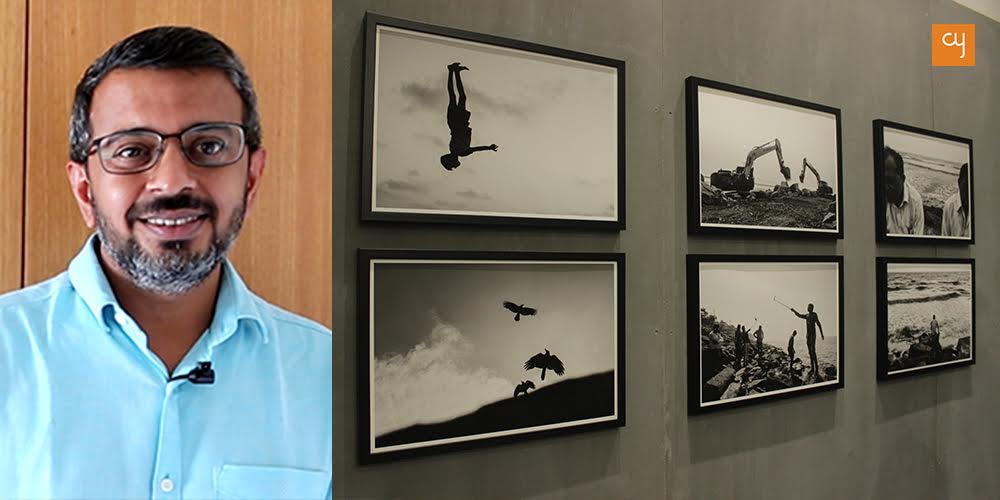 Photographs from Tithal, a beach in Valsad area form the subject matter of the photography section here. Monochromes by Yasir Bakili portraying the facets of life on and around the beach are displayed in diptych, whereby similarities of action or emotion are juxtaposed in sets of two. An interesting display of emotions here, you can start or end your trip to Tithal depending upon which side of the display area you enter from. But take you must, this trip to an offbeat extravaganza curated by young Mitul Kajaria. The show is concurrently on till May 12.