Cramoisi Set on a Firm Foothold… 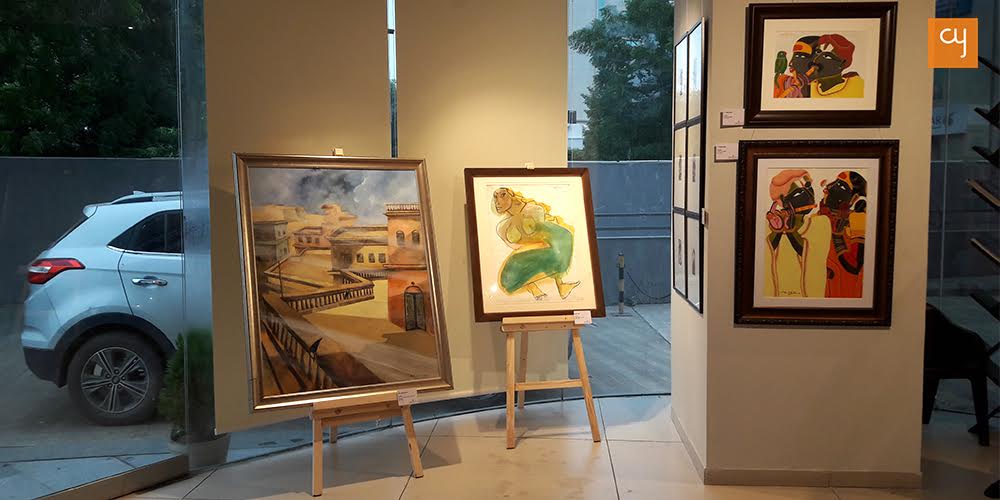 Into their third exhibition in town, Cramoisi Art of Ahmedabad looks all set to gain a firm foothold for itself in the secondary market for visual arts. We say this as we finish our quick round of the show titled “Modern and Contemporary” that began on Saturday, September 14 at the in-house gallery of the enterprise in Mondeal Square on SG Highway. The show has been pieced together with works sent in by intending sellers associated with Cramoisi.

A compact show of 23 select works sent in by the sellers on the art house’s mailing list from all over India, the collection is being offered at pre-quoted prices as against the first lot which was auctioned after the inaugural show at 079 Stories in February this year with a success rate of 86%. In fact, even the second lot that was on offer from Cramoisi’s own premises at Mondeal some weeks ago was also sold in the same pattern. 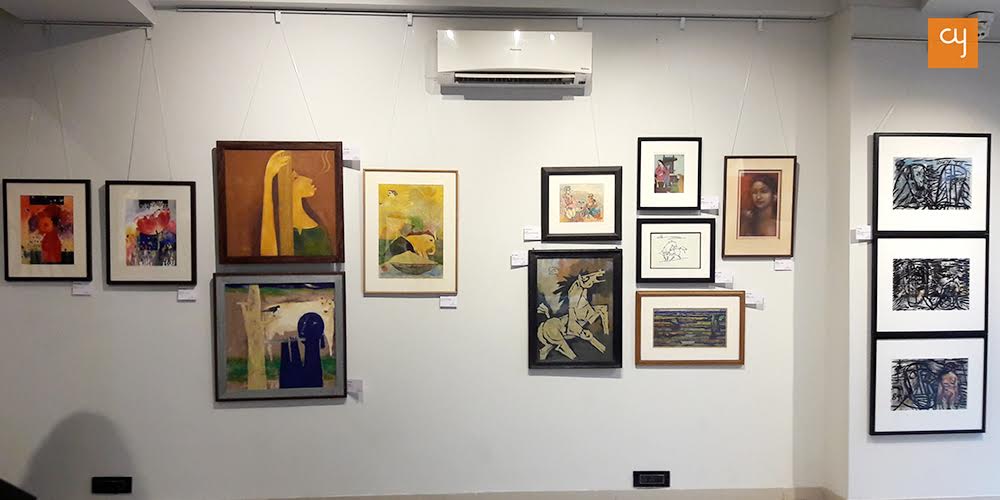 Going round the display which was formally opened in the afternoon, you notice that the present lot also includes a good number of masterly works from the acknowledged and celebrated masters of the realm even as there are a few works by the younger ones, nay the masters-in-making. So we have painters from Maqbool Fida Husain, F N Souza and Jamini Roy to Jatin Das, Satish Gujral, Thota Vaikuntam to Haku Shah and Vrindavan Solanki, the latter two being the masters from Gujarat, to several others.

Even a quick look is enough to suggest to the onlooker that the works are interesting both for their visual appeal as also the prices they come with for the collector perched in the art investment circuit. The ordinary art buff can also be sure to enjoy the range coming by way of realistic human forms, half-abstracts and landscapes; the last is, in fact, the only one by Jamini Roy that adorns the centre-spread of the neatly done catalogue prepared for the collection-cum-show. This one though is actually a small work of 9” and 17”.

The two oldest works in the lot are by Husain, bearing the date as 1968. One of them is an ink and oil creation on paper while the other is a sketch in pen on paper. Thematically, both dwell on Husain’s favourite form of the horse. Closely following in time zone of 1969 is the untitled work by A A Raiba that interestingly is described as a ‘composition in simplicity but complex in its contexts,’ hinting possibly on the woman subject’s practice in smoking with a hookah. The work no doubt has great simplistic appeal in its use of oil and gold leaf. Hailing from Travancore, Raiba was known to draw on his rooting in Cochin folk art. 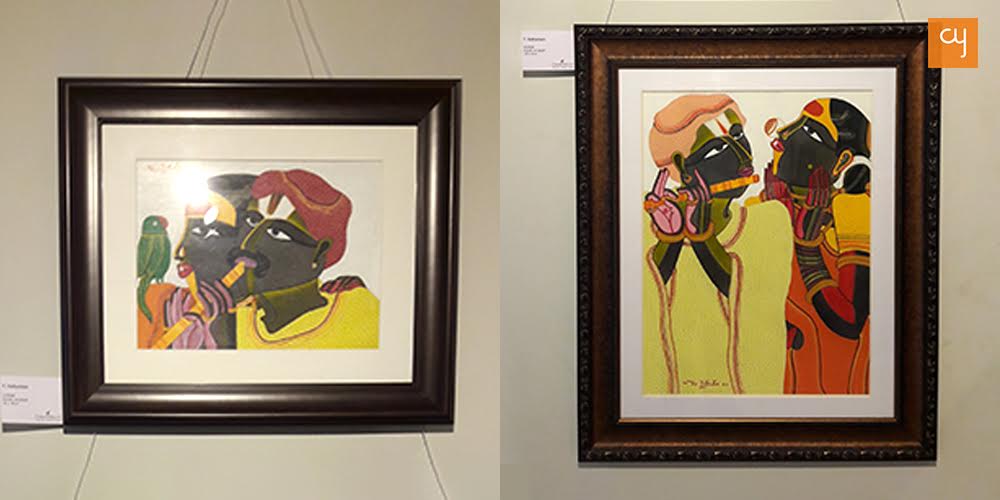 The two works placed on a position of vantage in the show belong to Satish Gujral. Works in oil on canvas, these are by far the biggest, betray a certain dynamics and are most vibrant in the lot for their choice of colours and motion they depict. The curators describe the work/s as having an “architectonic vibe.” While Charan Sharma’s untitled work is a creation in obeisance to the spiritual radiance in Hindu faith and the Gods it represents, works by Haku Shah, Yusuf Arrakal and Suhas Roy are very elegant studies of the female form, with Roy’s Radha having been painted in a series of the same name while it unmistakably reminds us of Da Vinci’s Monalisa. More of female form with an element of the sensuous is reserved for Suza, Jatin Das, Laxma Goud and even Thota Vaikuntam who roots his subjects in typical Telangana regionalism playing on the dark skin of his subjects, their connection with dance form and latent suggestions of sensuality.

Solanki and Mondal play with watercolours in their respective works, which have an appeal of their own. Shuvaprasanna’s piece is a study in cityscape while Badri Narayan’s “A Lamp for Chchdanta” is inspired by folklore and ends up as an interesting mystical work. 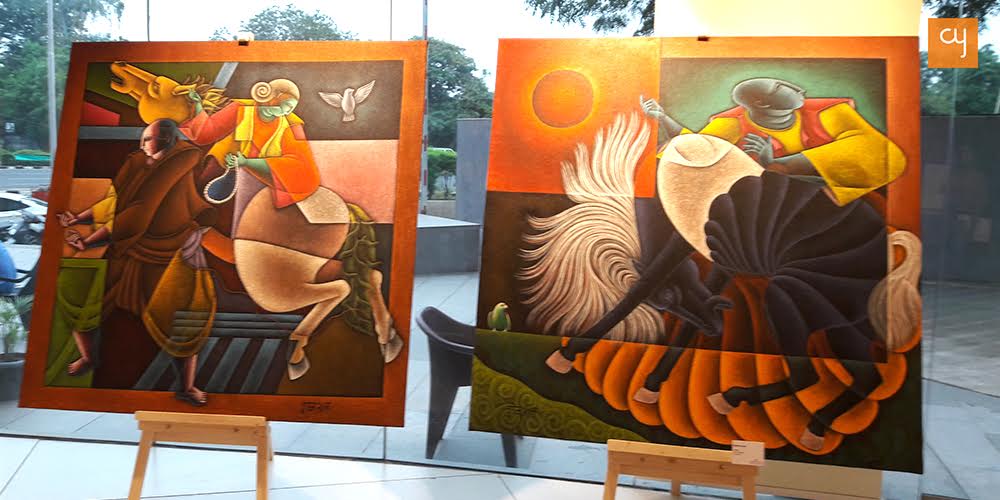 Whether you are a collector or not, the compact show of the twenty-three art-pieces is worth a peep to understand the working of the masters in question from late sixties through 2000s and is available till September 23.