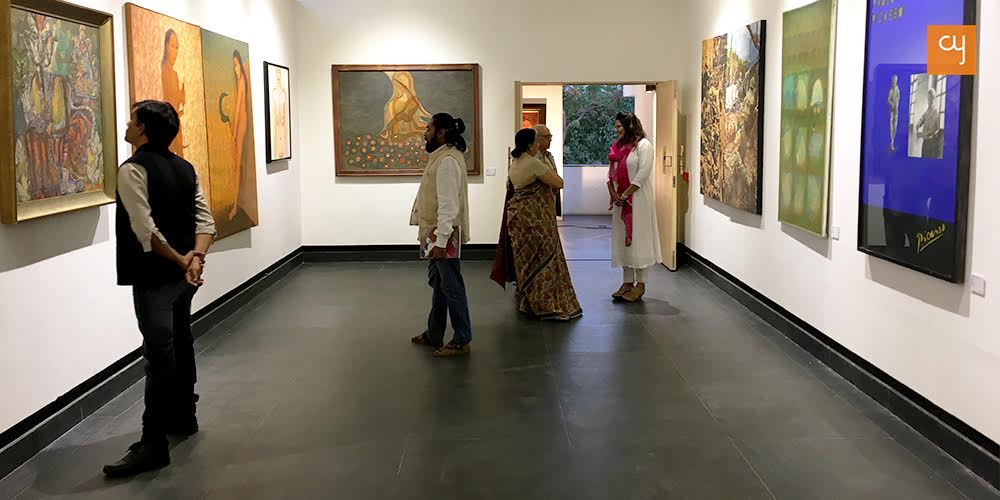 The art scene continues to be exciting in Ahmedabad with newer and newer things happening to it with a certain regularity. After the mega annual art shows with the competitive dimension and attractive prize money thrown in, managed successfully by three enterprising women curators, opening of a classy art gallery by Archer and the multimodal space 079 Stories, the work having been started for a special Indigo Museum, we now have the first online auction house in the city, Cramoisi Art, who are all set for their inaugural auction of the year 2019 in the next two days! 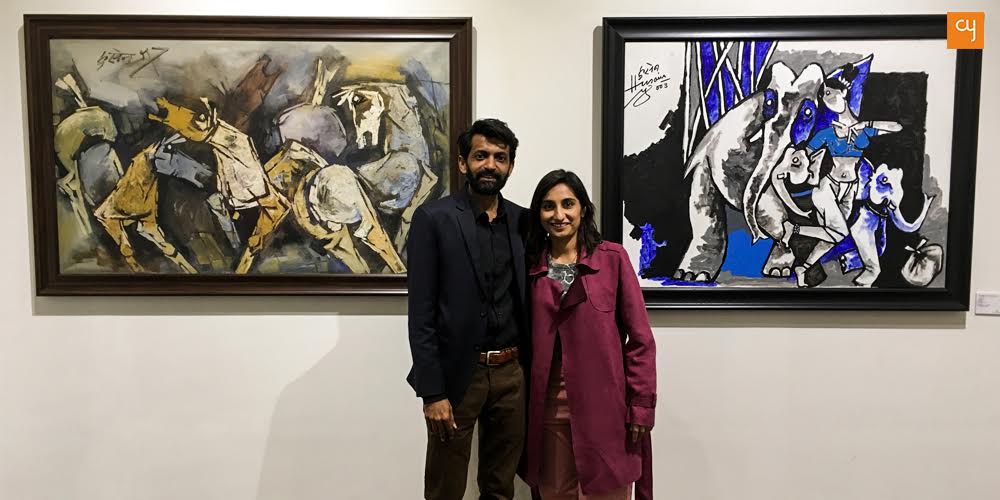 A brain child of a team comprising thirteen artists and techno-marketers, Cramoisi Art has offered 110-odd works in 90 lots for its first app-based online auction that would start on Feb 11 at 6.30 pm. This would incidentally be the third day of its auction preview in Ahmedabad and the auction would continue for 27 hours after which it would close at 9.30 pm on Feb 12. The Ahmedabad preview of the works was started on Saturday, Feb 09 morning followed by an auction walk in the evening after the preview ran similarly in two metros of Delhi and Mumbai earlier in January. 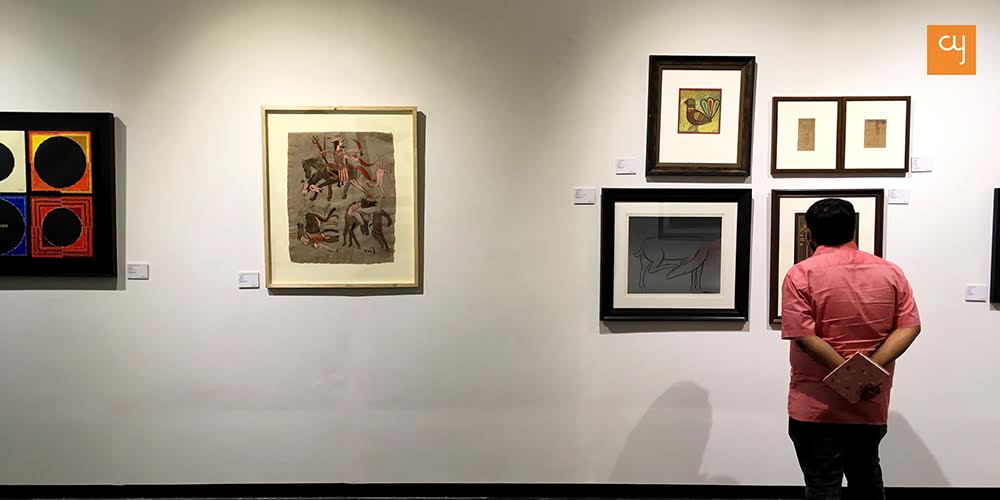 Instituted with the objective of pursuing “world class artworks of eminent artists of vivid art-forms from across the globe” and to “promote every form of art for every generation to be able to adore art”, the joint enterprise of artists-curators and marketers would be dealing in the secondary market of artworks, which effectively means art procured by resale from present collectors and offered to new purchasers.

Check out the collectables brought in by the house and showcased at the 079 galleries, the stairways and the corridor leading to the main gallery and you start spotting the Masters of the bygone era, the contemporary ones and a few local artists as well. Names like Jaminy Roy, Ara, Dhurandhar, Gagnendranath Tagore, Gaitonde, Tyeb Mehta, Souza, Manjit Bawa, Bendre, Ganesh Pyne, Bhupen Khakhar, Husain, Amrita Shergill greet you as you walk through and a CRM (Maharishi for me) accompanies you on this trail into the backyard of time! Check out on the global claim of the auction house and you have a work each from Picasso – Le Vieux Roi; and Marc Chagall – La mise en mots, both Litho on paper. 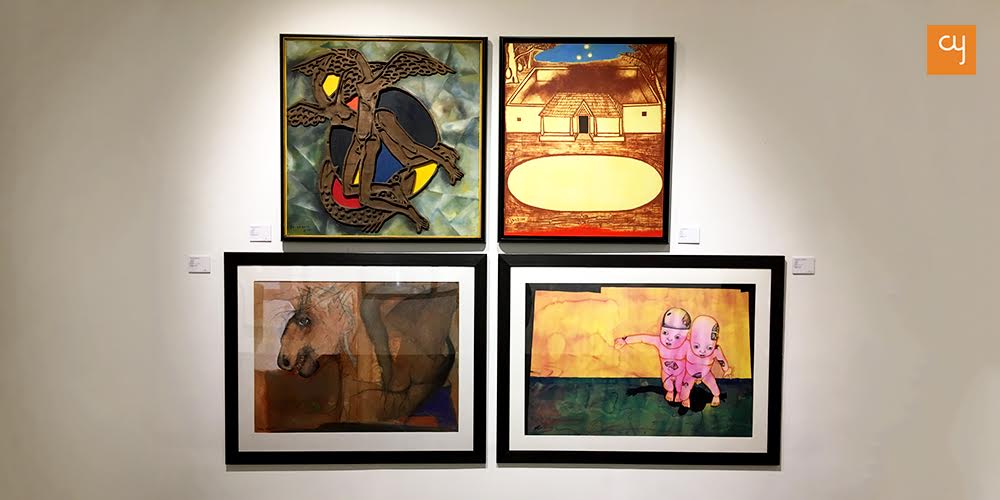 It’s truly a mix of all forms on offer: from drawings to sketches in inks to acrylics-oils-watercolours on paper and canvas to sculptures in bronze and wood and more; some works instantly catching your fancy and some requiring a deep gaze and a meditative stop for the creative energy to soak in! Each work of course having the distinction of a famous signature to qualify inclusion in the bidding process!

While sculptors include names like Krishna Khanna, Rini Dhumal, Raghav Kaneria, Ved Nayar and local Karl Antao, Laxma Goud is the only one whose paintings and sculptures are both included on offer. The regional art fraternity finds a place in the works of Ruby Brahmbhatt Jagrut, Hindol Brahmbhatt, Karl Antao and even Manu and Madhavi Parekh who hail from Gujarat and on a coincidence are visiting the city as we go online, for, Madhavi is showing her works in two separate exhibitions. 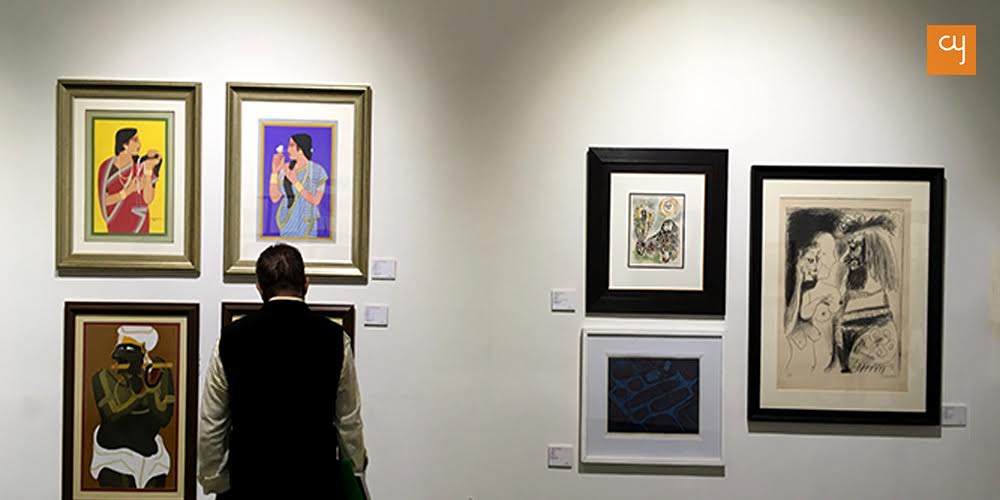 Even as the enterprise under Cramoisi Art is and will be managed from Ahmedabad, its reach will be global as the works under bidding will be listed electronically on the app as well as its website, as done in the first exercise. Then the bidding being online, bidders registered on the special app created with the help of an American developer, has additional capabilities to notify all bidders the moment a new bid is posted. On top of it, the bidders will be known through their user names to one another which does not make the process anonymous and lends it a certain level of transparency, informs Tejas K. Shah, a popular and well known young curator for a long time and now a director with the auction house.

So all seems to be well with intricate details of the bidding process and the works on offer having been posted and shared in a well-produced catalogue while the countdown has begun for the bidding to start on Monday evening. Ask Tejas about the anticipation among his colleagues at Cramasoi Art who have toiled for more than a year to come up to this stage and he says they have offered the best of processes and prices. He illustrates with an example about Shergill’s work of 1927 which for its size is being offered at a ‘mere’ Rs.6.50-8.50 crore, as against much more it would get quoted at elsewhere and says he, they are both positive and optimistic! 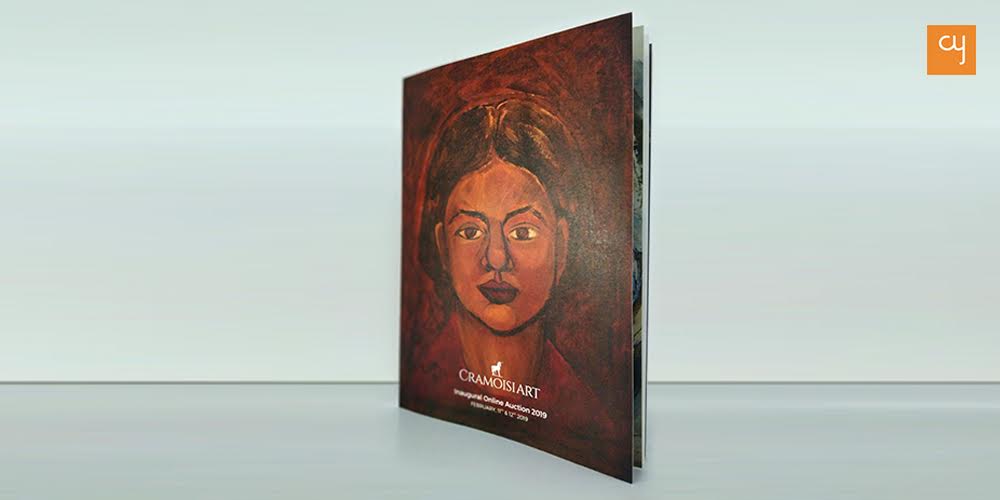 Be that as it may, the house has added an air of excitement and anticipation to the art scene in the city, even as we do not know how much could be chipped in by regional enthusiasts, who already had opportunities to buy from art warehouses and galleries operating and offering the first-hand stuff. All eyes would now be on the outcomes of the bidding late on Tuesday evening to see how the endeavour shapes up for all stakeholders from here onwards.

In the meantime, the show will be available for two more days at 079 Stories. 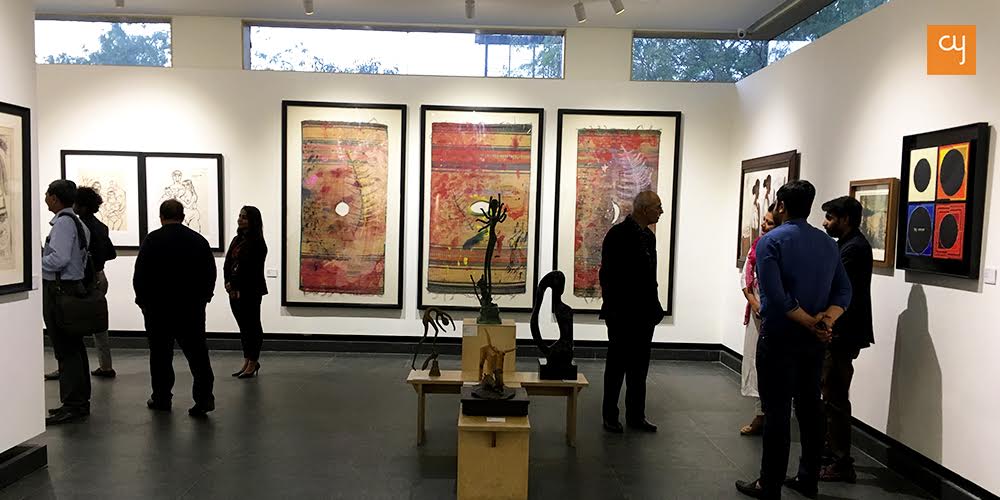