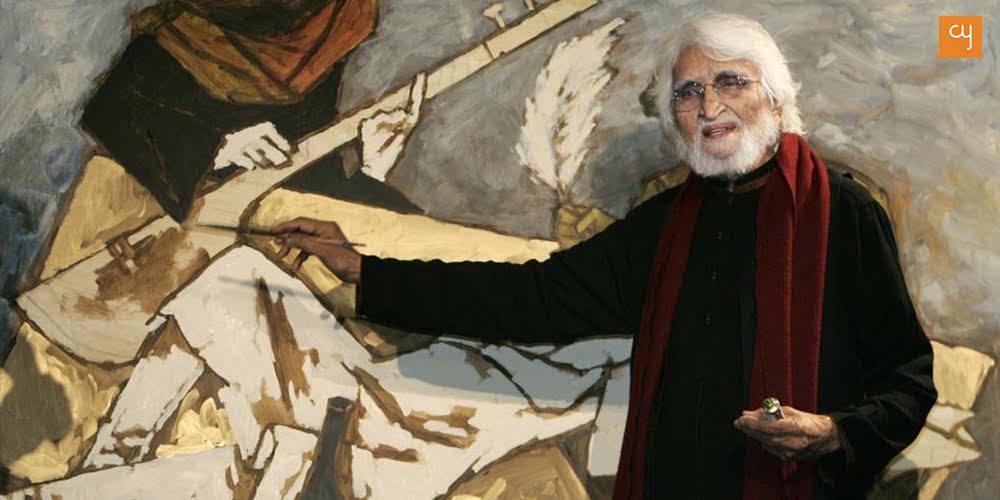 In an exclusive interview in 1994, on location at the Gufa in Ahmedabad, the celebrated artist MF Husain shared his memories of growing up in Gujarat. His famous paintings of horses were inspired by the Kala Ghoda statue in Baroda: “Ghoda wahin se shuru hua tha,” he shared. Margie Sastry recalls meeting him.

In Ahmedabad in the early 90s, an amazing space was being planned by two brilliant minds. The famous artist Maqbool Fida Husain had asked his friend, the internationally acclaimed architect Balkrishna Doshi, to create a special place for his artwork. They decided on a subterranean structure that would be cool in many ways. In those days, I was doing a series of interviews on “Growing Up in Gujarat” for the Anniversary issue of The Times of India, Ahmedabad.

One of the people I approached was Husain, whom I had met earlier in Mumbai. For my interview, I asked Husain sahib for his time and he told me to come to what was being planned as the “Husain – Doshi Gufa” site. There we were, sitting on the parapet, he with the long brush/walking stick in his hand occasionally wandering off to make a meditative stroke on the long serpentine figure on the dome. I was pinching myself into believing that I was actually sitting in that mellow sunshine with The Husain and talking like old friends. It was a delightful conversation as he meandered down memory lane and spoke about how Baroda and Ahmedabad held special memories for him. His own mother had died when he was very young and he remembered coming to Baroda for his father’s second wedding. He spoke warmly of his stepmother and of how he was sent to Sidhpur for spiritual training by her father. His memories of family outings to eat Vadilal ice-cream, which was then just a small shop at Teen Darwaja, made his eyes twinkle with joy. Ahmedabad was also special as the spiritual guru of their Sulaiman community was buried there and an annual pilgrimage was always made to his tomb.

It was a revelation to me that the Kala Ghoda, the equestrian statue of Maharaja Sayajirao III, near Kamati Baug in Baroda, was the inspiration for Husain’s fascination with painting horses. As an eight-year-old child, he used to look up at that figure with wonder. “Ghoda wahin se shuru hua tha,” he recalled. “Even now, when I go to that spot, I feel like a child again,” he said. A fairy tale memory he recalled was of a royal wedding in the Gaekwad family and the resplendent procession he saw, in which small clove-shaped pieces of gold were showered on the public by the Maharaja sitting atop an elephant! Husain spoke highly of the Gaekwad royal family and their contribution to art and education.

He told me how he had learnt the Hindu epics and mythology from a Pandit who was his neighbour and painted a series of Ramayana paintings. I must have raised my eyebrows in surprise, as I do not have a poker face, and he chided me gently, “Kyun ye sab aapke hi hain? Ye to sab hindustaniyon ki virasat hai.”

As we were talking, a man wandering around there recognised Husain and asked for his autograph. He obliged and signed his name on the paper he held out. The man said, without batting an eyelid, “Ghoda bana do”. Husain looked at him aghast at the request. But the man kept following the artist around the domes, pestering him till he caved in and sketched a horse near the autograph! 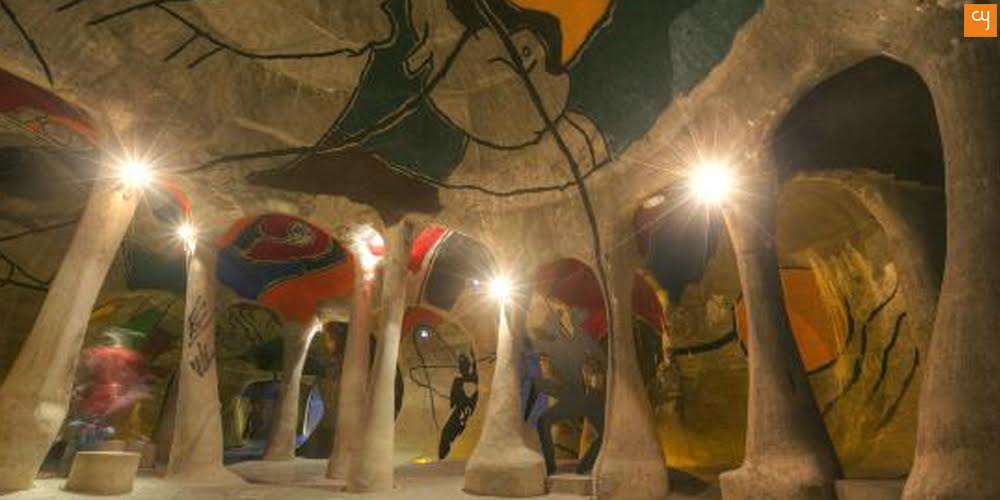 The inauguration of the Husain-Doshi Gufa, as it was originally called, was a fun-filled day. They had a Lavani performance and all the artists of town had gathered to celebrate the day.

Some years later in Bombay, I met Husain again when he visited Rajhans School in Andheri. There he was, in the classroom standing in front of the students, with a makeshift easel of a blackboard on which he attached a drawing paper. Slowly and patiently, he drew a horse, explaining every stroke. And then he coloured it swiftly, changing it completely. It was mesmerising to watch him work and see his easy camaraderie with students. “It is important to be able to recapture your childhood,” he said.

Maqbool Fida Husain lives on through his memories in Gujarat and the space he created in the hearts of many people.