Transcendence is the Way Forward for Bharvi 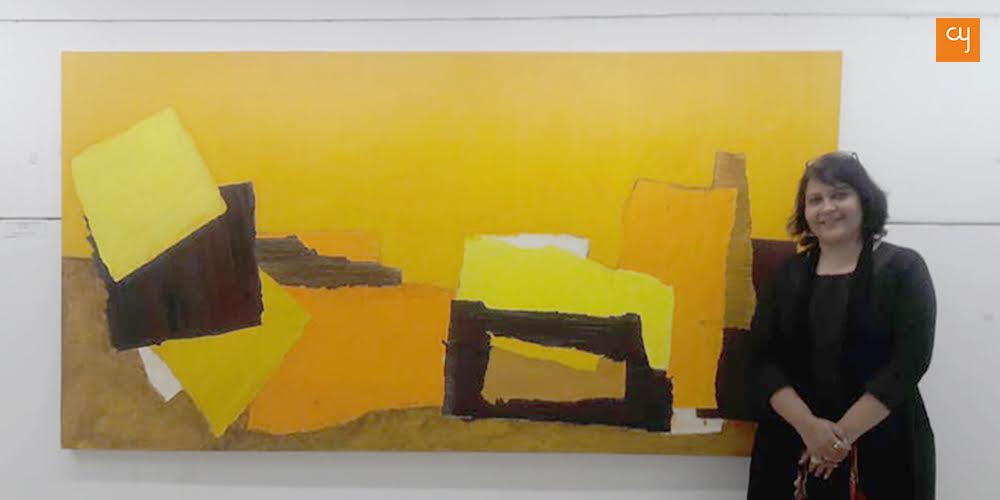 The artist community would know but the art buffs may not know that the Gujarat State Lalit Kala Academy (GSLKA) is possibly just one of the few similar institutions in the country that run a scheme to financially support individual artists of the state to host their shows.

The scheme operates at three levels whereby an artist may apply for a show within the state; a preview within the state and a main show at another location within India and lastly a preview within the state or Ahmedabad and the main show at another location outside the shores of India. A number of practicing artists avail of the schematic financial support to showcase their works as per one of these options based on their credentials and that keeps the brisk art scene of Ahmedabad ticking a little bit more to the viewing pleasure of the art buffs!

While a word of acknowledgement and appreciation for GSLKA may not be out of place in the context before us, young but well-known artist Bharvi Trivedi is the latest to feature her new show under the scheme. Her three-day show TRANSCENDING FORMS opened on Wednesday at the GSLKA’s Soma Bhai Art Gallery at Ravishankar Raval Kala Bhawan in Law Garden area. 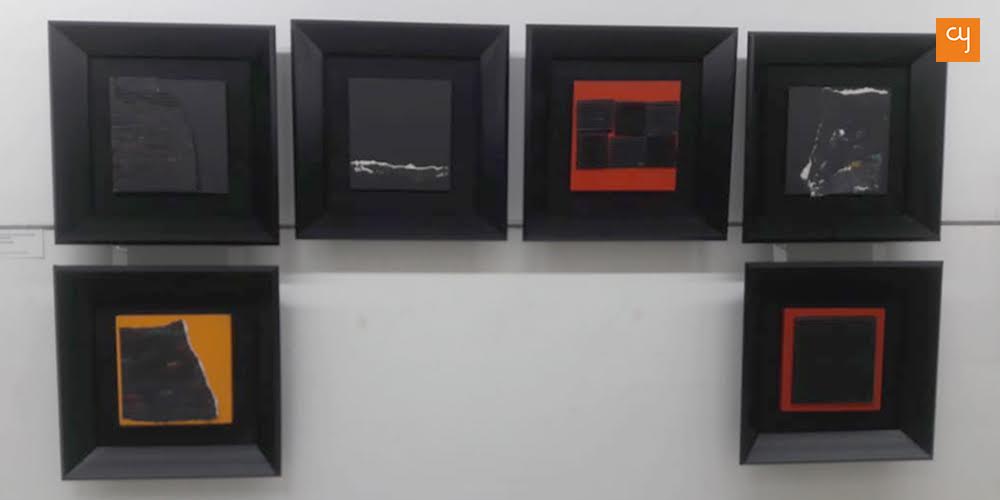 Trivedi who studied art at The C N Art Vidyalaya, teaches art at the J G International School and is a consistent practitioner of art, has put up 32 of her newest works on show this time. While a few have been done as recently as in the two short months of 2019, some others were done in 2018.

A chat with her would reveal Trivedi is an instinctive artist who has evolved from her former realist-figurative self to an experimentalist in abstraction post-2012. What brought about this natural progression in her creative evolution was this visit of hers in 2012 to Banaras, the holy city, the city associated with moksha, the city of creativity – recall the many artists of the classical forms who call the city their abode, the Sanskrit Scholars, the spiritual seekers and the visiting artists and photographers who have derived from here a great deal of sustenance for their artistic journeys both nationally and internationally!

That visit to the city complete with its Ghats – Manikarnika included – and views of and from Ganges brought some transformation and transcendence, something that the city is known for and expected to do to a seeker! What has followed is newer experiments by Bharvi in forms, media, colours, textures and tonality of works created by her. She has not reverted to the realistic forms ever since and has kept discovering more of her newness every now and then while she keeps showing her works through group or solos with some regularity and to earn herself a certain recognition. 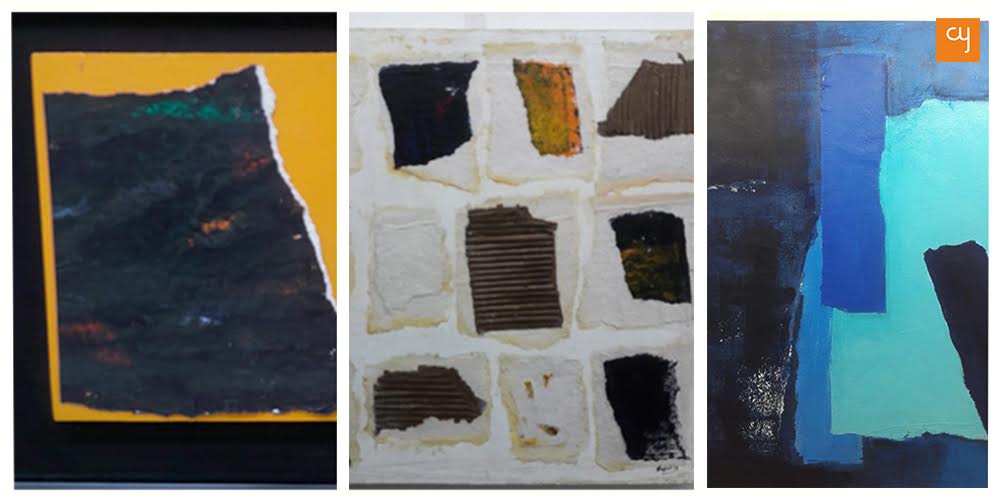 In the current show she has experimented with paper and cloth for creating her multimedia works, using shreds or wrinkled layers of the two mounting them on canvas or wood. In some larger works, she has played profusely with bright as well as dark colours to create forms within the large canvas, which offers not only a pleasing visual appeal and essence but opens the vistas for interpretation by viewers with their own aesthetic sensibilities.

A unique element of the show is quotes from some acclaimed names from the world of western art, which seem to form the guiding principles for the artist and also tend to anchor the work to the essence of the quote as also define both the current works and the overall approach of the artist to her creative pursuit. For example one by Marcel Duchamp says “The artist performs only one part of the creative process; the onlooker completes it and it is the onlooker who has the last word!” Similarly, another one by Julia Cameron is a befitting reminder for the creative people as to the servility of the creative process to instinctive forces as it says “The creative process is a process of surrender, not of control”.

Bharvi’s show continues for two more days between 12 hours to 8 pm and ends on Friday.