The Euphoria is no Enigma 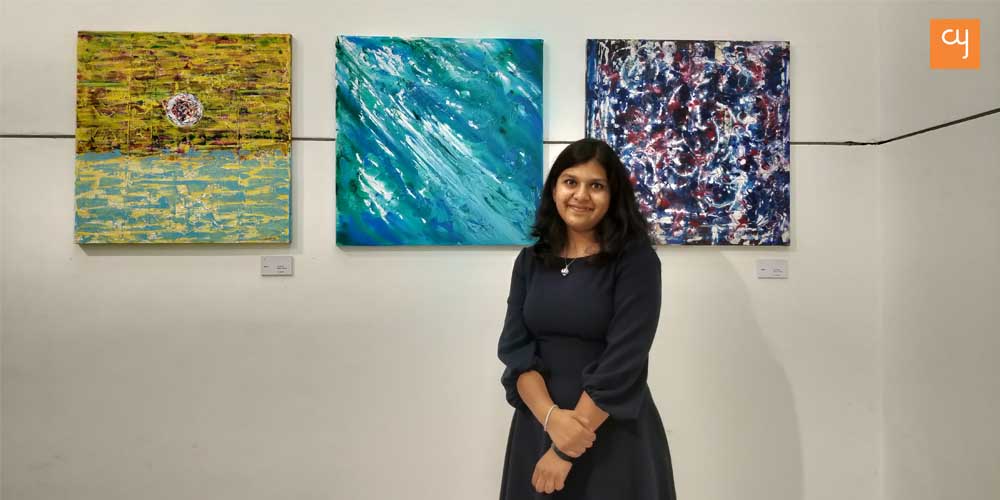 Muskaan Darshan is back with her second solo show of paintings. That is in a space of a year and a half after her maiden show in June 2018; perhaps a wee bit earlier than an announced timeline for return. And wow, she looks even more confident of her work which follows her forte in the abstract school! So from Evolving Enigma, the first show to Euphoria, the present one, her journey has been quick, along expected lines and predictably smooth as the teenage prodigy finds excellent support and patronage in her doting parents Darshan and Pradita Shah for mounting a decent and well-planned show again.

The well attended inaugural ceremony of the show at the Hutheesing Centre on Thursday was commenced with lighting of lamp by Khanjan Dalal, himself a well-known practitioner of the abstract forms (he ran a show recently at 079 Stories). Chiefly focused on the human relationship and dependence on nature, borne out of the young artist’s fascination for nature, the show comprises of 32 works by the 16 year-old Muskaan who has already dabbled in writing as well and published a novella titled Home in the Hill in January 2019; besides being consistent with her colourful encounters with the brush, palette and canvas for her two shows in the midst of her schooling. In fact, it’s consistency in a series of artistic accomplishments beginning 2008 when as a little girl she picked up a Second Prize in the Camlin Regional Competition and did not look back. The tally of prizes went up till 2011 before she appeared with her first show in 2018!

Muskaan’s fancy for nature can be essentially pegged to a poetic expression by Pat A Fleming which she has shared in a panel in the show, and Fleming writes:

If you take the time to really see/ the outside is a glorious place.

And how lucky we are that this Paradise/ is only a few steps away!

Since the present works in acrylics show her growing playfulness and abundance in layering with colours on the canvas, she successfully creates vignettes of nature the dear, as a take-away from holidays in picturesque Scotland as also out of her fundamental love and fancy for the force that sustains our planet. But this simple expression of her muse is accompanied with an alarming underlying concern, which she underscores effectively. Specific works like Amazon depict the rain forest fires with a sense of agony, and yet not forgetting to be generally optimistic on the other side of the spectrum with another creation like A Ray of Hope. This, for the humanity, to be vigilant while time permits! 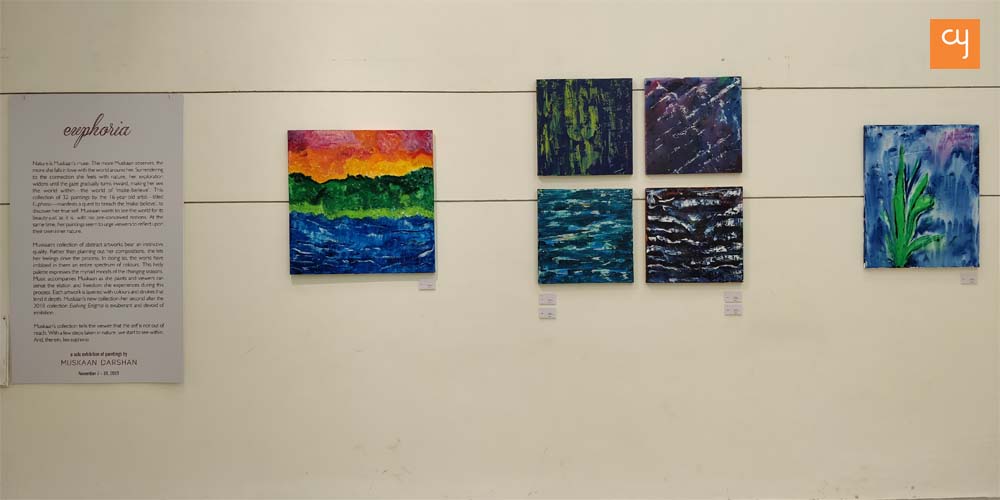 Her detailed tryst with her chosen subject starts elegantly with works like Scotland; this tricolour-work ushers us into the show giving us hints of what has to be an enchanting skyline, forest covers and water-bodies of the region. More of nature follows through works like Blooming Orchids, Evening at Windermere, Bamboo, Grace, The Lake of Shining Waters, Earth and its seasons captured in works titled Summer and Fall. While a few of them seem to dwell further on Scotland as this one The Mediaeval Window inspired by the tainted glass art in a Basilica, some other untitled works further add up to the glory and bounty of nature per se in keeping with the ethos of the show.

Interestingly, while summer is portrayed with layers of ‘hot’ colours, namely red and yellow; and the fall is captured in yellow, green and crimson, you can visualize your own proportions of ‘hotter’ and ‘withering’ colours respectively while looking at these two works, depending upon individual sensibilities as a beholder; and yet they relate majestically to mother Earth. This interesting bit about varying perspectives is what Muskaan tells us at the outset in her opening statement.

As the young artist also professed in her introduction, two of the works Amazon and Pulwama form the highlights of her artistic expression on canvas as through them she transcends her love for nature and enters into the arena of climatic & socio-political upheaval. This is something exemplary for a young something who is just opening her eyes to the world around her, to notice the grim realities of ecological imbalance & strife and also to acquit herself as a concerned citizen. Two special plaques hung alongside these works describe how the young artists was shocked, traumatized and then led into responding to the two events through her commemorative works on canvas. 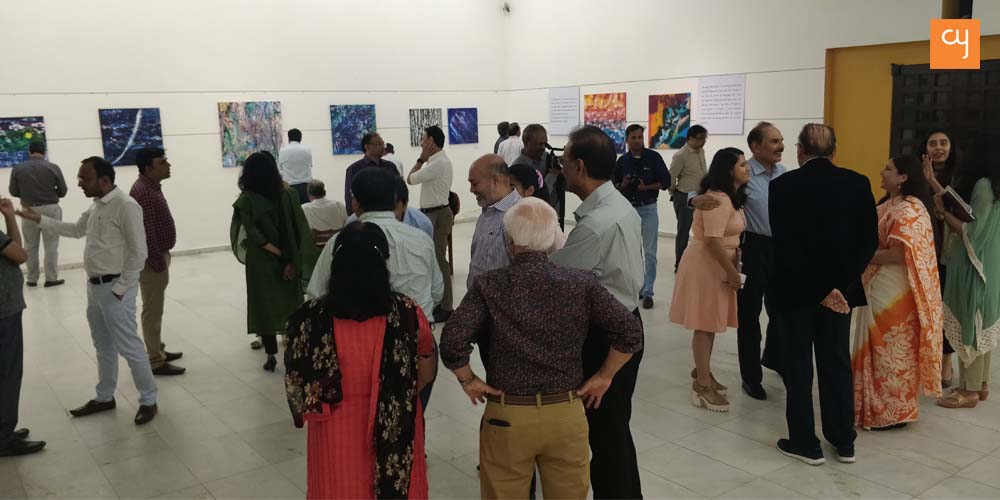 The show that has design inputs by StudioMindful and is on till Sunday, seemed all set to be a big draw like Muskaan’s first as the visitors started picking up her works right after the inaugural ceremony. We recommend a visit.