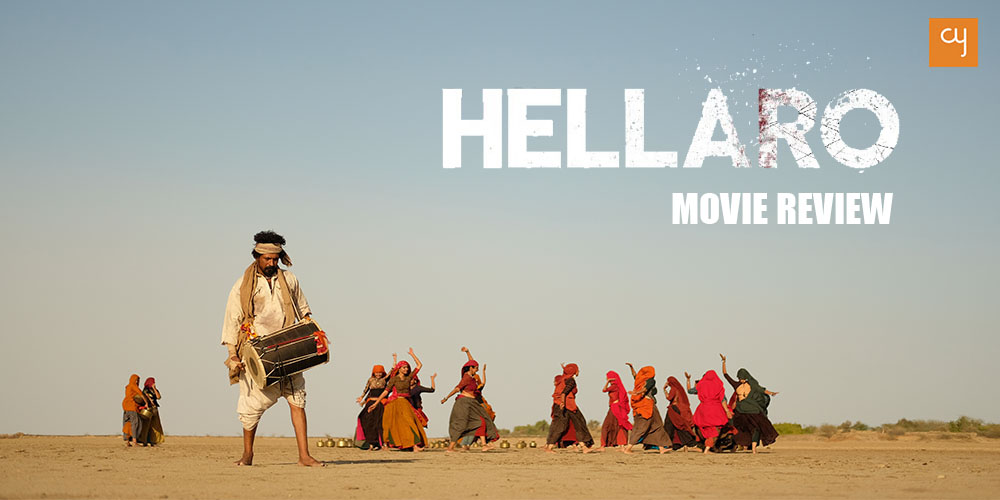 With emerging women of substance and a section of society surviving on the margins with dignity in the centre, Abhishek Shah earned a reputation in theatre during the decade. He straightened out his protagonist in his very first play with the ringing message: ‘Don’t surrender. Keep fighting.’ At the defining moment in this young man’s first film Hellaro, the thirteen empowered women, twelve illiterate, sing it looking straight in your eyes, asserting with joy their need to say it loud and clear: ‘We have crossed all the thresholds’. These incredible thirteen, mature with suffering in a straightjacket insulated male-dominated world, are a perfect rural counterpart to those half a dozen educated young urban girls in their formative years in theatre. 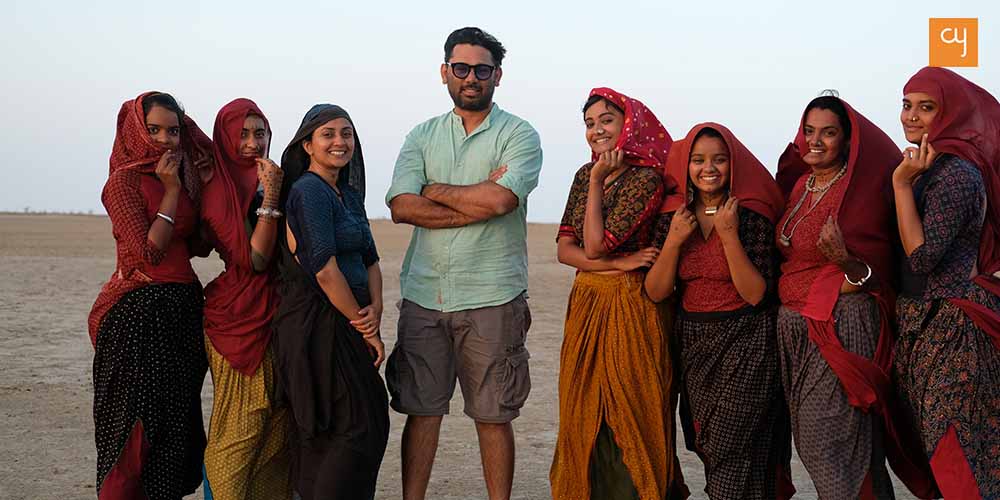 Abhishek has emerged in recent years also as a casting director for films. These skills he employs impeccably for Hellalro. The thirteen young actresses – Shraddha, Neelam, Tejal, Denisha, Riddhi, Tarjanee, Ekta, Kaushambi, Shachi, Brinda, Kaamini, Jagruti, Prapti – who in their roles emerge as the ‘hero’ of the film are a perfect example. Each of them is different and together they are a cohering distressed herd-like group earlier in the film, later coming to their own animated. Their shared distress is that the only time they move out of their bhunga is when they walk a long stretch of parched stretch of arid land to the well to fetch water in the dreary Rann of Kutch. That’s the time they get to talk a little while. Otherwise, they are sternly talked down to at home, confined within mud walls with a small grilled window. ‘You can’t go out and can’t ask why,’ said to a girl is the preamble to the film. You can’t think of flying, dear, nor to have dreams: runs a lullaby. 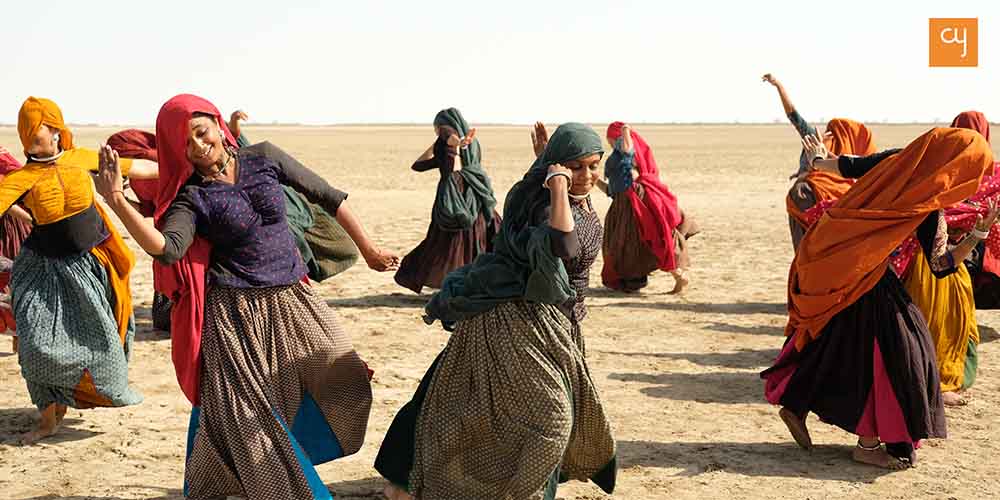 The women find a sweet water spring on their way to the well one day in the form of the Dholi. Both nearly inanimate, slowly spring to life. Even during the navraat, men used to do garba, women remained at home. Manjari, the new bahu to the village, a little educated, steps out and in slow motion matches steps to the Dholi’s rhythmic beats. Reluctantly, taking time to get de-conditioned, others join. They had simmering uneasiness and anger within. They had suppressed their desire for a little bit of free air. What they had longed to do they have an opportunity to do now. They do the garba and how! They ‘hear tinkling in the mind’ and ‘find lightning in their feet’. Their abandon expresses their new-found freedom. Strong social sanctions await their ‘temerity’. They have wings now however and have tasted freedom. The consensus is: ‘We get to live till we clap to the rhythm. We won’t stop living for fear of dying.’ 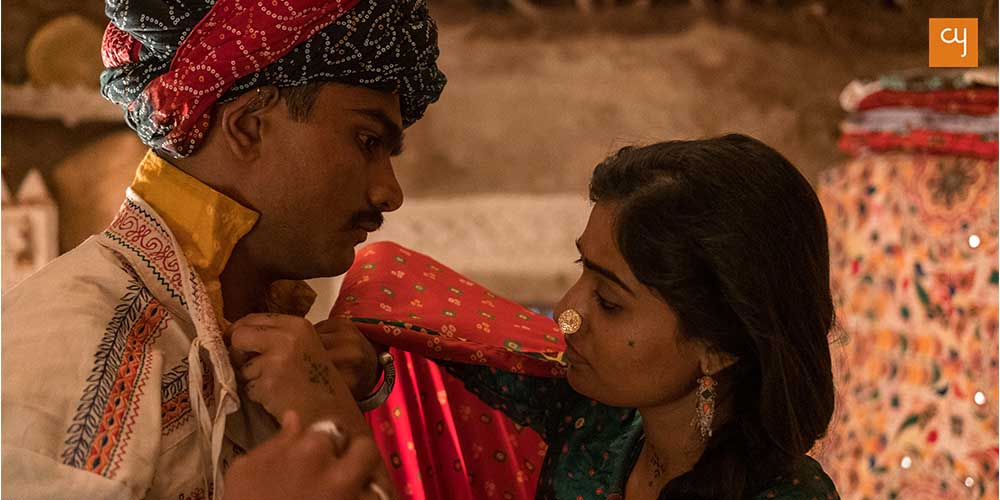 With his background, which remains a secret till nearly the end, Jayesh More as the Dholi gives a poignant performance. He and the girls constantly bring to mind Shelly’s line: ‘Our sweetest songs are those that tell of saddest thought.’ Abhishek’s casting in all departments has clicked so well. The wording of the dialogue with its punch and the literary and emotional value of the Garba songs has the signature of Saumya Joshi. The power of Abhishek’s story with Prateek Gupta, his direction and the undertones of Saumya’s wording give the film subtle suggestive layers that elevate it to the heights Gujarati cinema has not seen. Even the village specially created for the film in the Rann of Kutch turns significant. It had barely any communication with the outside world. 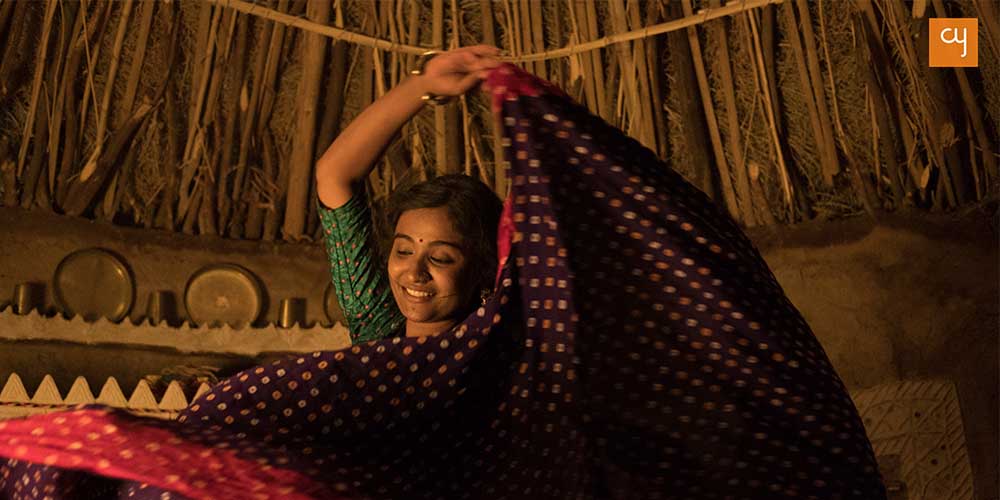 Elements of drama lend the distinguished style of direction a new flavour. Besides contrasts of attitudes of men and women as also between Manjari and other women, there are those of vastness and confinement, brightness and darkness, white and black, freedom and suppression that cinematographer Tribhuvan Babu efficiently captures under insightful direction. The limitless expanse of arid landscape finds relief in the depth dramatically in a couple of scenes with close-ups. Editing as well contributes to it. There is the telling thematic contrast in the songs. The producers’ approach leaning on the side of generosity is also a welcome contrast compared to what it is generally known to be! 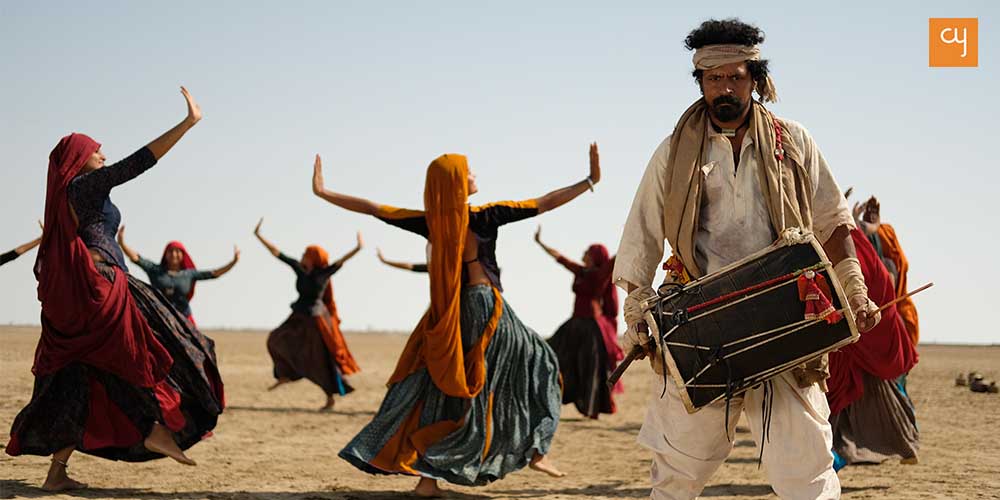 All said what gives spine to the creative work is conviction – conviction that commitment brings success, if the word is not frivolously interpreted. Reassuringly, Abhishek Shah has evolved. May his ascent continue! May the film have a ripple effect on Gujarati cinema!