First Take 2019: It’s the Indian Diversity All the Way 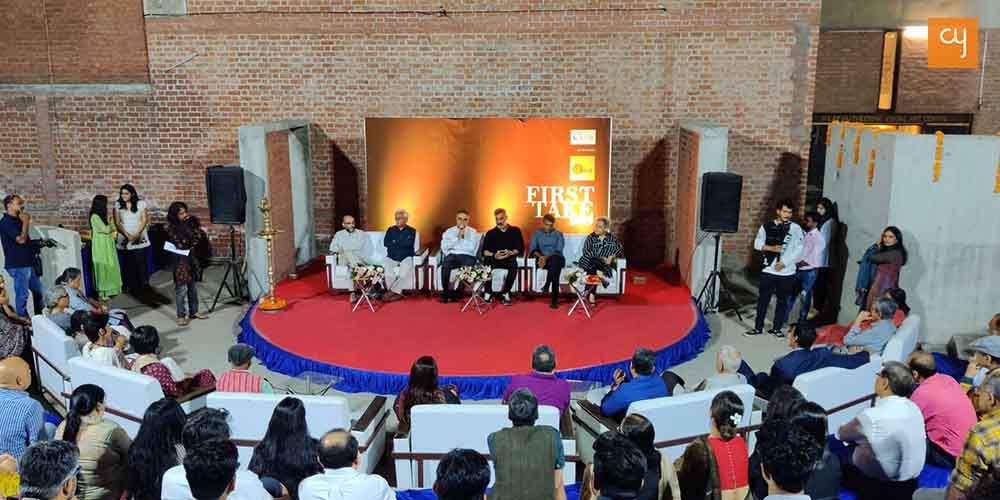 The Abir’s First Take which by its name is likely to be thought of as ‘some first appearance’ is actually a credible recurring annual competition-cum-show of visual arts which has successfully completed its fourth run in Edition 2019. The competitive exercise for the current year that began in July with an invitation for entries culminated yesterday in a massive show of about 150-odd works offering a variety of media. The show was opened at the Hutheesing Art Centre with an inaugural awards ceremony wherein ten of the competing participants were presented with an Abir trophy, a citation and a cash prize of Rs.50000/- each.

This all India competition that started in 2016 for young practitioners of the visual arts in all their manifestation has gone on to only multiply in its scale of participation each year with the event receiving a whopping 2451 entries from 220-odd centres this year, thereby surpassing its tally of 1900 plus and 1300 plus in 2018 and 2017 respectively! A five-member jury was assigned the task of shortlisting some 150 exhibits for display and ten awards in about four categories. 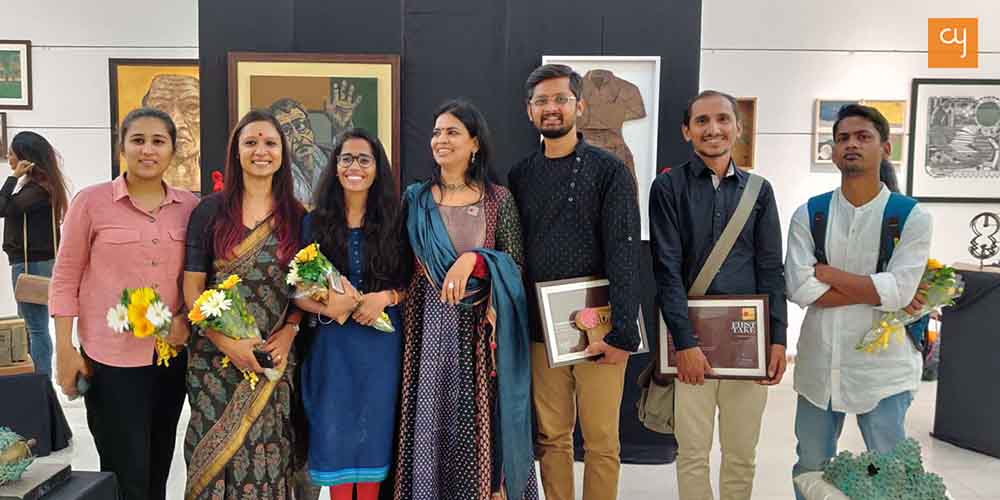 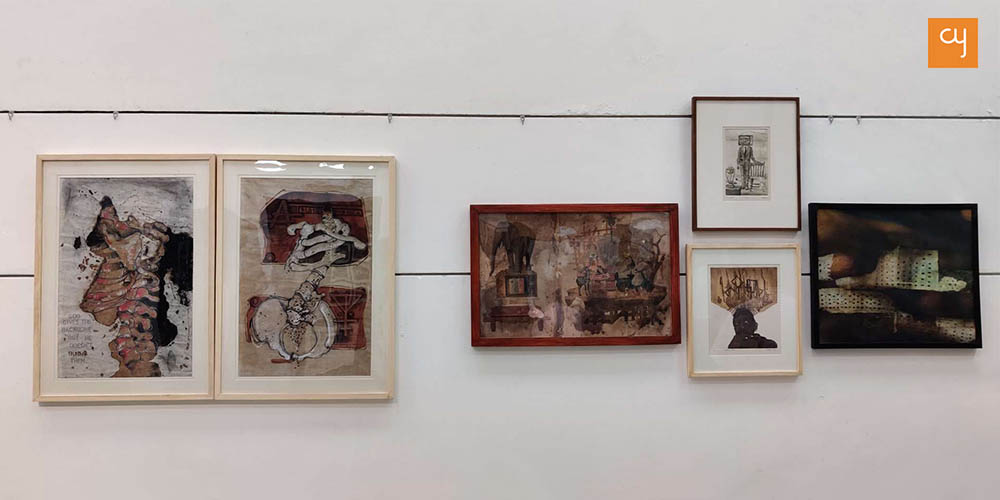 The rich diversity that we proudly associate with our ancient civilization, culture and its arts is what stands out in many ways, you feel, as you sit through the inaugural ceremony and walk through the show or glance through the catalogue: artists with diverse sensibilities from all regions and creeds of the country, diverse expression of ideas and concerns through a variety of media and an evaluation by a jury having its own diverse specialization in many aspects of the aesthetic arts!

So while this Annual First Take goes on and seems to have stabilized with Ahmedabad headquartered companies like Claris and others chipping in through their CSR obligations, we saw yet again, a variety of themes and forms from the usual acrylics, oils and watercolours to graphite, soft pastels, ink and tempera with cabin and collagraph on wasil paper to etching and relief prints and even a good deal of collages and mixed media. In the sculptures segment, we saw artists having created their interesting works and studies in media like the terracotta, ceramics, wood, iron, brass-bronze, other metals and even bricks and stone! 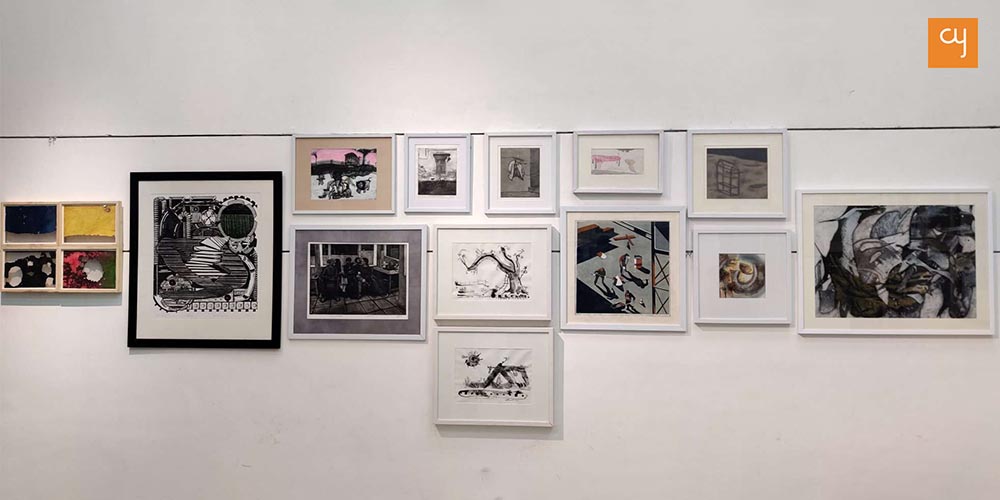 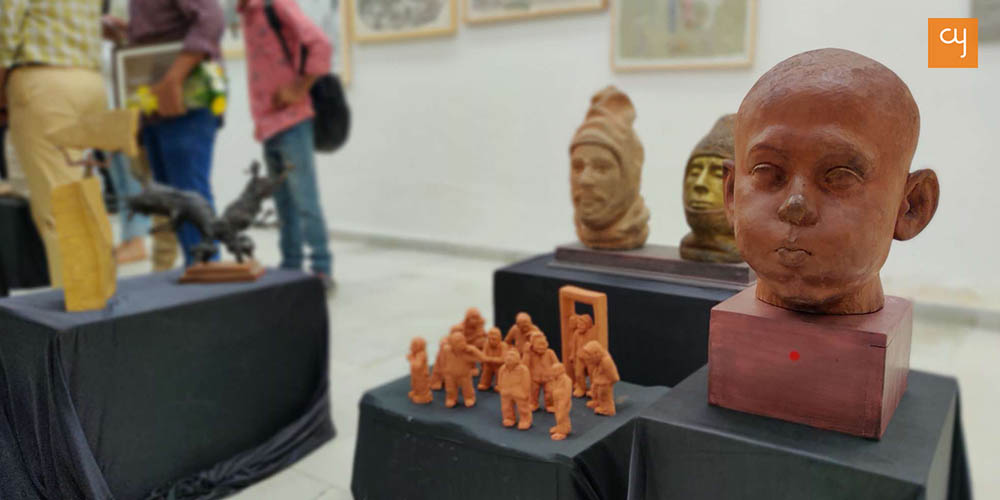 While the well-meaning jury did say all exhibits and so also their creators were winners in their own rights, it was natural for visitors to look for the awarded works marked distinctly with red ribbons. While at this, we easily spotted Charudutt Pande’s Breathing with its bold human form and also for its hugely expressive mannerism and gesticulation of existential struggle and pain; K Pooja’s Perpetual Itinerary an Etching in Aquatint depicting in some kind of reciprocity the everyday struggles of hawkers, which was strategically displayed near the entrance; Richa Arya’s Dream, a work in iron again depicting the struggles of both housewives and working women in a world that still remains patriarchal; Abhishek Tuiwala’s Fantasy, a brass sculpture that is described as a manifestation of struggle-strain-stress and a cry-like yearning to shake it all off and an accompanying physicality; Swapnesh Vaigankar’s Diagonals of Residency an etching again that deals with and underscores the built heritage as seen by him in the medieval city of Lucknow where the artist has migrated; and an Untitled work by Vimal Ambaliya of Vadodara, a work in ink and watercolour that also depicts his city’s rich history and architectural heritage.

While etching as a form appears to have a good deal of appeal with a present lot of artists who were shortlisted to showcase their work in the current edition, the themes of human struggle, stress, the need to take the life head-on (Man Flying with Mountain – Akash Bhoya), the mystery of the cosmos around us (Ek Shilpa hai jo Shunya Nahin – Anil Anil), construction & construction workers (Anup Dhuria, Sourav Haldar, Sourav Shee) besides environment and nature are seen as some of the prominent and recurring themes. Several of the keenly selected and painstakingly executed works demonstrate a fair amount of aesthetic appeal so vital for the domain that relies essentially on the visual sensibilities of the beholders. 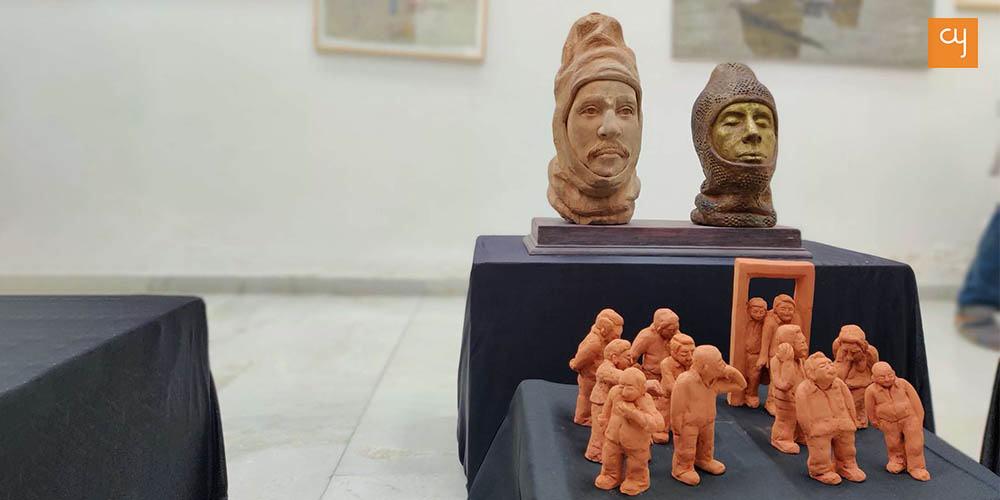 A task well executed with the love of labour spread over almost five months, Abir’s spirited mover Ruby Jagrut was a relieved self as she acknowledged the contribution and support for the big take in all forms. Three members of the Jury namely, Jayanti Rabadiya, Veer Munshi and Brinda Miller were present while Umang Hutheesing and Subodh Kerkar could not make it. In a pleasing show of topicality, Corporate honchos of the patron companies Arjun Handa and Sandeep Engineer were on mark for a fitting ceremony and a comprehensive show of quantity and quality. The show is on till Tuesday, November 26 and entry as always is free.