It's Ganesh all the Way! 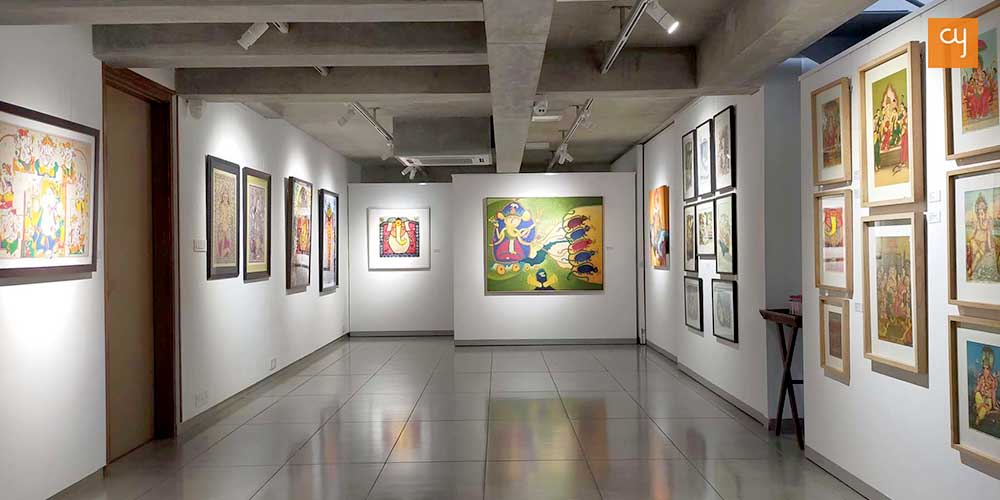 Its that time of the year – once again – when almost every believer in the polytheistic Hinduism turns to praying to and pleasing Bhagwan Ganesh also known with Ashtottar Shatnamavali, that is with 108 names, the more popular ones among them being the Vighnaharta, Ek Dant, Vinayak, Chaturbhuj, Mangalmurti, Vakratund, Lambodar, Daksha, Adhyaksha, Dwijpriya and so on!

This fervent season starts with Ganesh Chaturthi in the Shukla paksha of the month of Bhadrapada, which happens to be the birthday of Ganesh and the season goes on till the Chaturdashi. There is a well known sociopolitical history attached to this observance too – which was to create awakening about the fight for Hind Swaraj at the behest of Lokmanya Tilak. 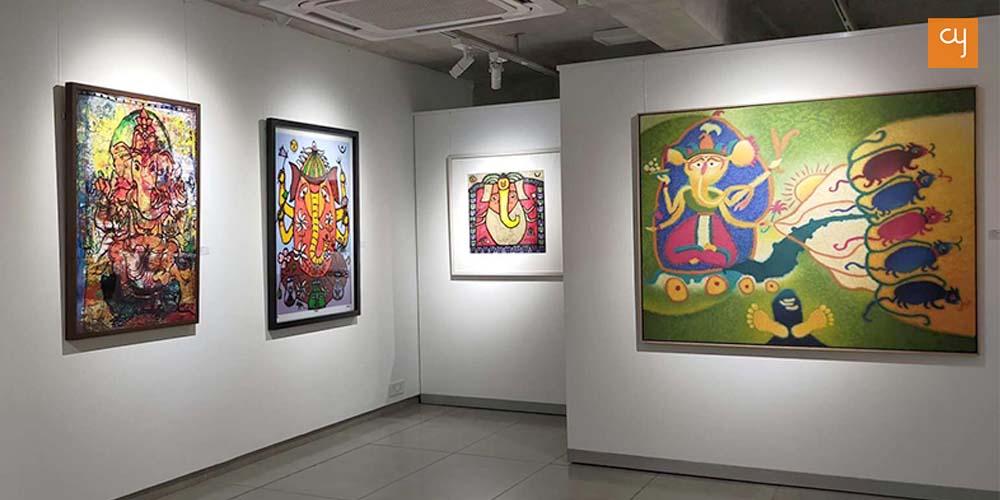 Precisely for Tilak’s movement, the celebration of Ganesh’s birthday by setting up His idols in varying themes, forms, styles and decorations in special pandas is now most pronounced in Maharashtra followed perhaps by Gujarat when obeisance is offered by keen devotees thronging in large numbers both in the morning and evening, though protocols must be followed this year in view of the lingering fears of the third wave. 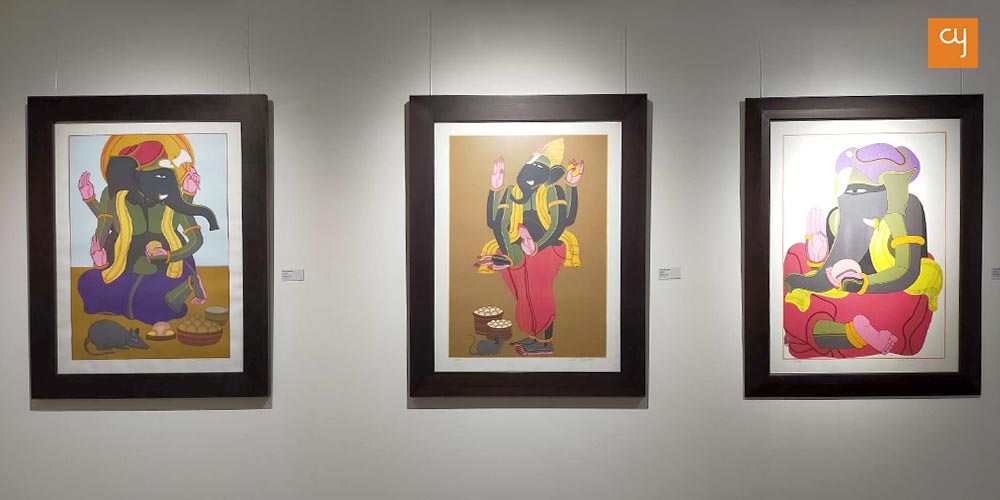 This celebration stretching to days with a maximum of ten followed by the Visarjan and chants and calls for Ganesh’s early return next year, is a mesmerizing cultural feat and people’s love and respect remains astounding both for its innate expression as also due to the complications and stress handed down by the present world we live in and the ardent believers feel inclined to shed away these troubles before the Vighnaharta! 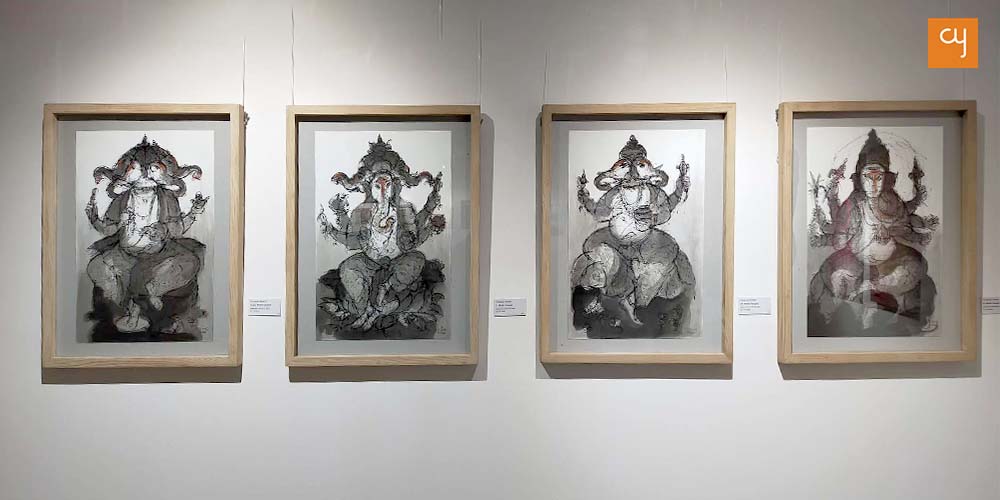 Interestingly, this love and fascination for Ganesh is not restricted to commoners alone but it also extends in a substantial way to the art community. Artists over ages have been drawn to the legend of Ganesh who is the first to be prayed to and remembered on any auspicious occasion in the Hindu society; and the artists have painted Him on the canvas – or even sculpted Him – with their imagination running to their creative best! This trend is a never ending pursuit for artists who have taken to painting the God in all times in all styles of folk to the realistic to the contemporary abstract. 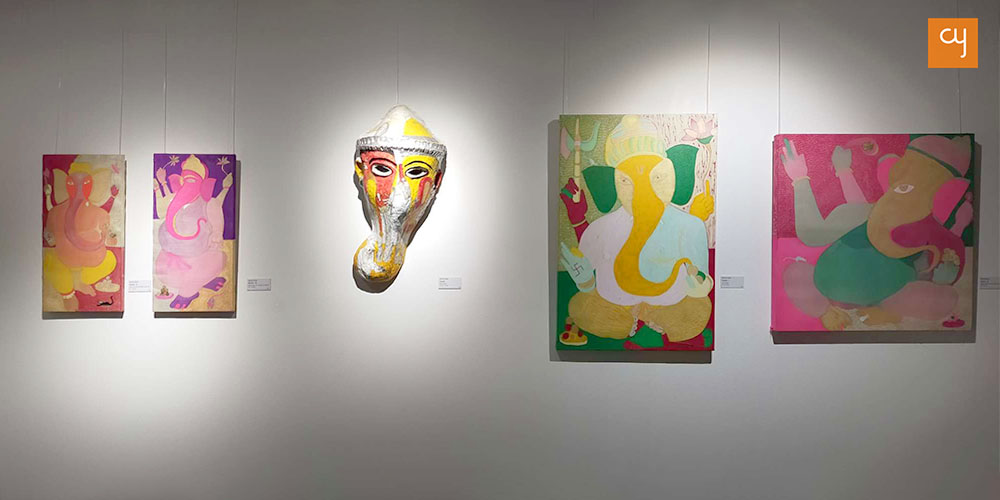 While this year is still not free of the pandemic of Corona, though seemingly better placed than 2020 season same time, the responses by the art community of the city are surely heartening. Even as Archer Art Gallery took the lead in launching from its collection its show titled “Vighnharta – Devotion to the Almighty” on Wednesday, some individual artists and groups followed suit on Thursday. (read our separate reviews)
The Archer Gallery’s collection of originals and reproductions in the form of serigraphs and offset prints at once puts art on Ganesh in many media of multiple sizes into the reach of art lovers to suit their own budgets at will. 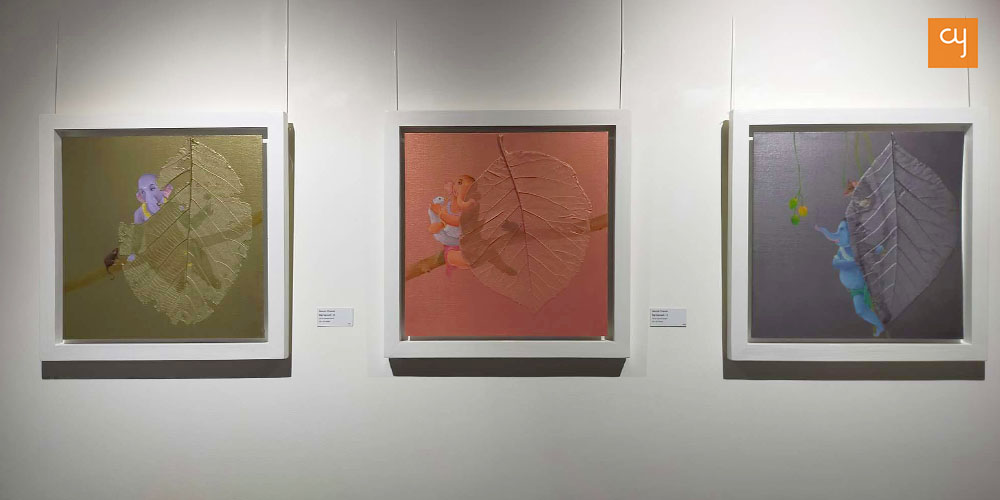 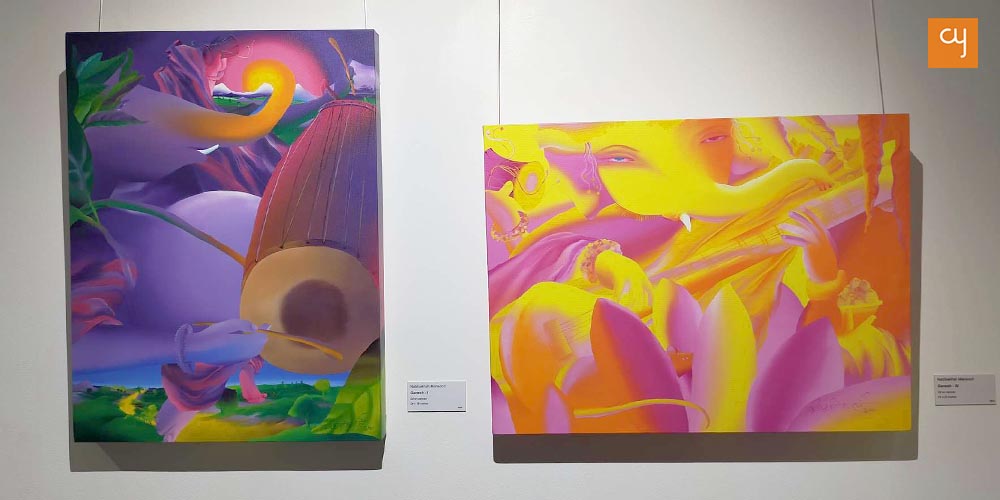 So while works by the likes of Husain, Das and Vaikuntam are in the form of serigraphs or prints, works by most others are available as originals. Solanki’s originals include a series of Chaturmukhi, Trimukhi, Dwimukhi and Ekmukhi variants, Mistry’s works include Ganesh riding a chariot pulled by a set of mushaks. Then there are other interesting series by Mansoori and Modi, all of whom seem to have been prolific in painting Ganesh.

The show by Archer is available till October 04.