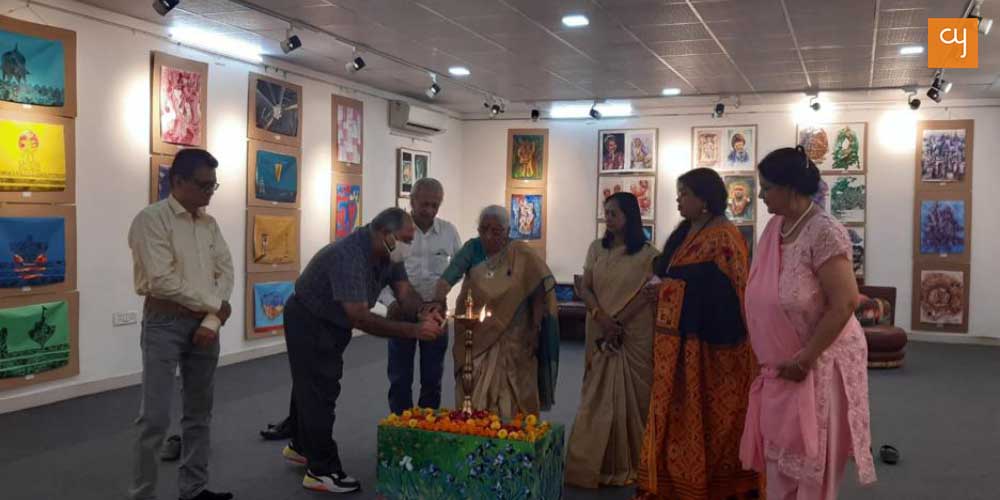 This last show in the series is featuring artists having names with alphabets S to Z while all others appeared in the three earlier shows.

The show was opened with the lighting of the traditional lamp by veteran artists Hansa Patel, Nayana Mewada, Bharat Choksi and others. The Patel-Mewada artist and organizer duo was presented with robes of honor on behalf of ICAC Gallery on this occasion. 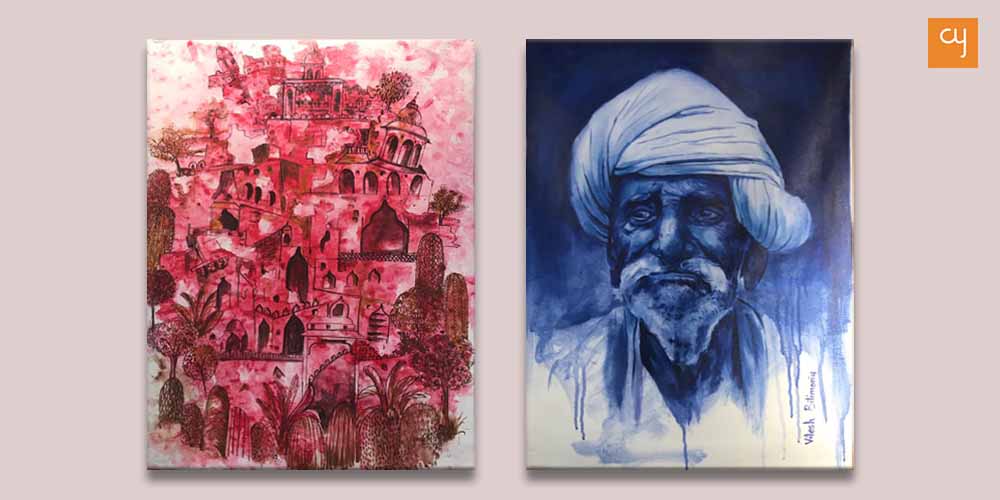 Ravindra Mardia welcomed the attendees and conducted the proceedings while also sharing the details of the four-part Contest and Shows spread over a period of about three months.

Mardia informed that a hopping 1500 works were received from 415 artists from all over the country in response to their invitation for this Contest-cum-show-cum Art Exchange Programme. 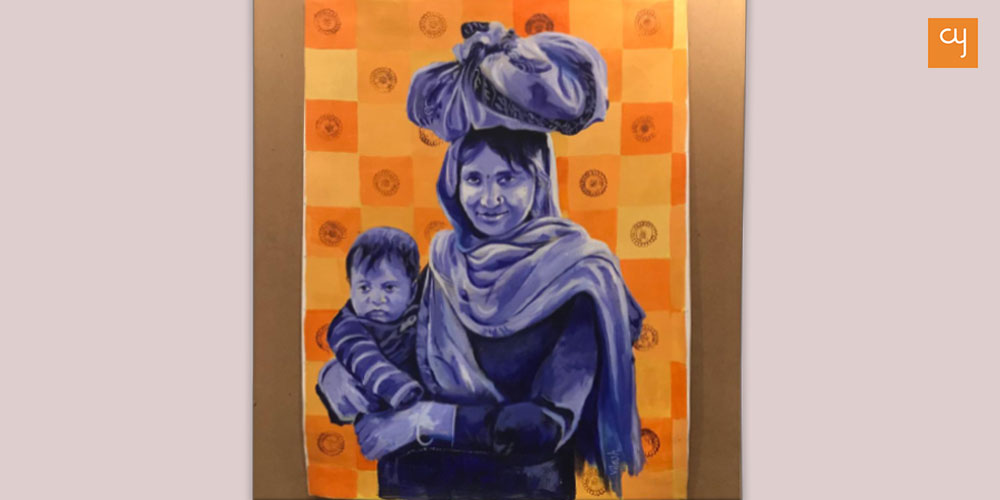 Explaining the modus operandi of the exchange programme, Mardia informed that based on the expressive quality and style of their works, all the 415 participating artists have been divided in six categories; and each artist will be presented with works of other artists equal in number of works contributed by him on a reciprocal basis from within the category to which he or she would have been placed in for deciding the expressive and qualitative parity. 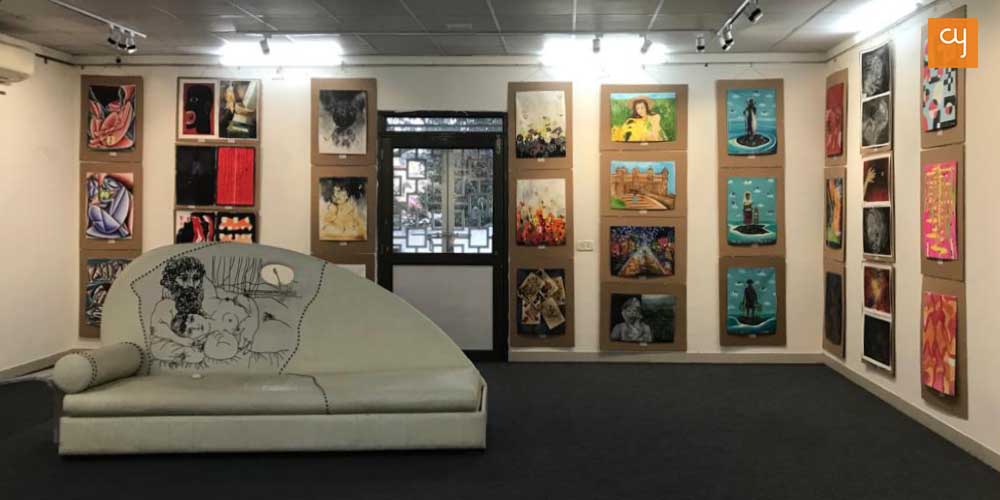 This unique idea of providing the participating artists with works of other artists to retain and enrich their personal collection is besides the Three top prizes, Special Mention Awards and free canvas or Fabriano art paper sent to them for creating their works for the Competition. The artists were not charged any registration or participation fee, thereby making it a promotional event in many respects during a time when artists were caught in financial distress.

The winners of the Competition who were adjudged by veteran artist Vrindavan Solanki, Manhar Kapadia and Vinod Sharma will be awarded cash prizes of Rs.31000, Rs.21000, Rs.11000 and Rs.5000 respectively for First, Second, Third and Special Mention Spots in two categories of works on canvas and works on art paper. 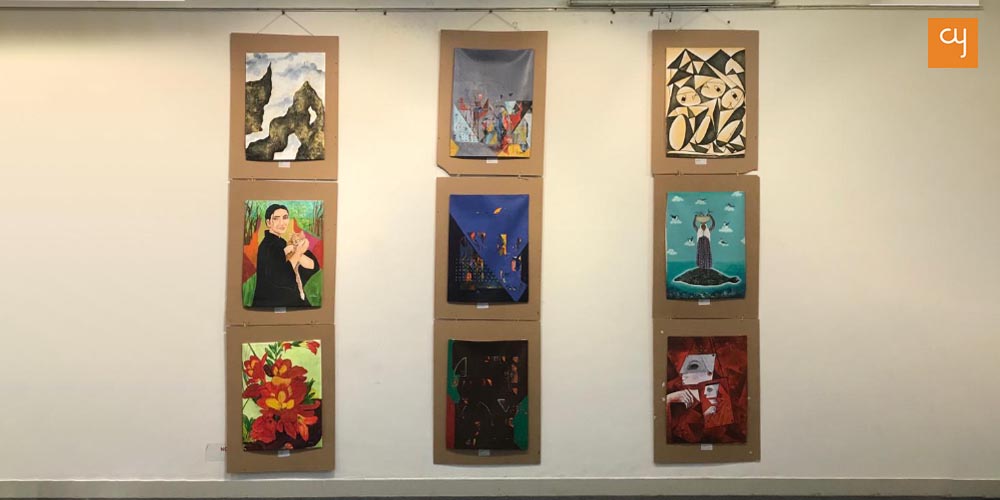 The winners include Gayathri Mantha, Rangajib Roy and Trisha Ghosh in the Artwork-on-Canvas category and Shirish Deshpande, Banani Karmakar Bhunia and Sofiya Yasmeen in Artwork-on-Paper category. Besides these top baggers, there are five Special Merit Awardees in each category.

The works of these winners and Special Mention awardees were continuously shown through all the four shows, three of which were held between December and February. 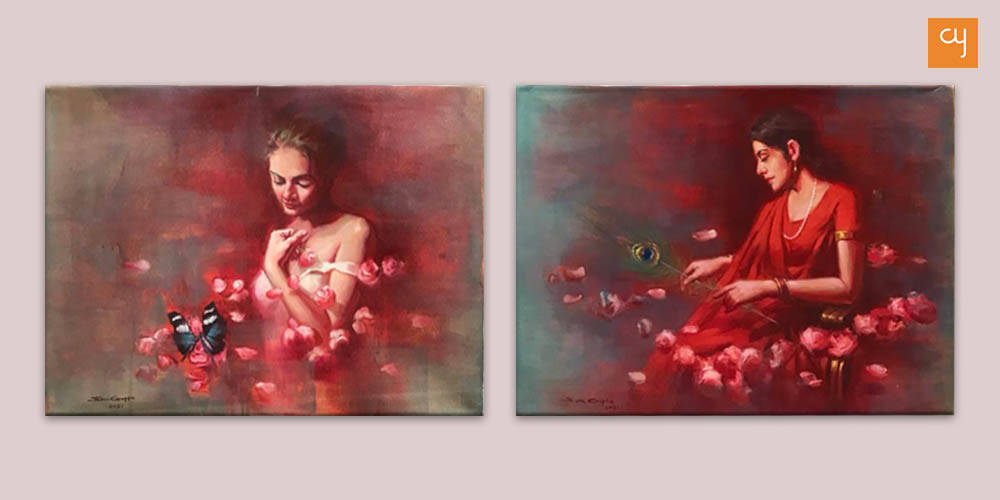 A look at the awarded works hung on the Wall of Merit along the Gallery entrance shows that works mostly in contemporary style found favour and nod of approval with the adjudicators.

The works on display through all the four shows however covered an entire gamut of forms and themes from figurative including the self-portraits, still life, landscapes, cityscapes, styllised art, cubist art, experiments in half-nudes, untitled abstracts, episodes from Indian Epics, installations and so on. 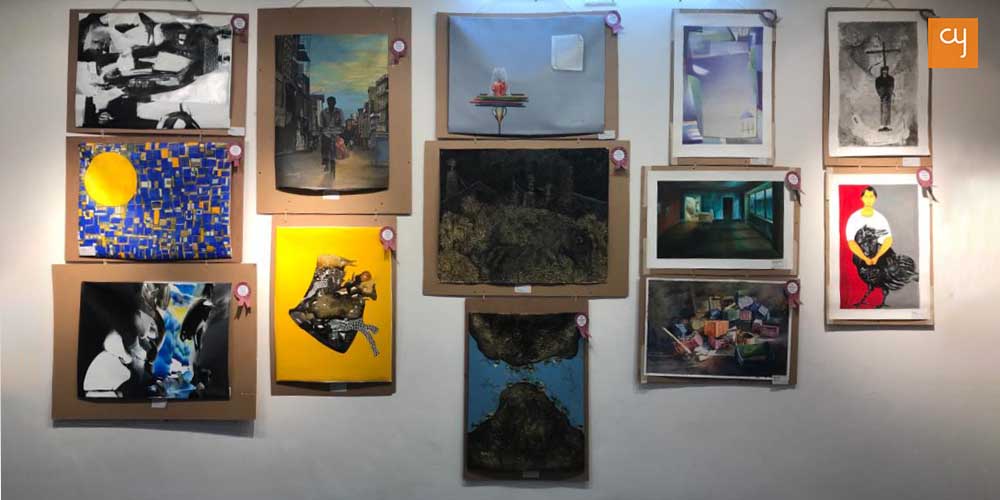 The local artists from Ahmedabad or Gujarat appearing in the current show include Vaishali Bhavsar with her works inspired by Rani ki Vav, Umesh Kyada of Rajkot, Vimmi Manoj and some others.

While each one of the four has remained a massive show, this fourth has also packed the entire Gallery space which challenges the focus and attention of the viewer while works come from a wide spectrum of participants varying from upcoming ones to some more matured in their artistry. 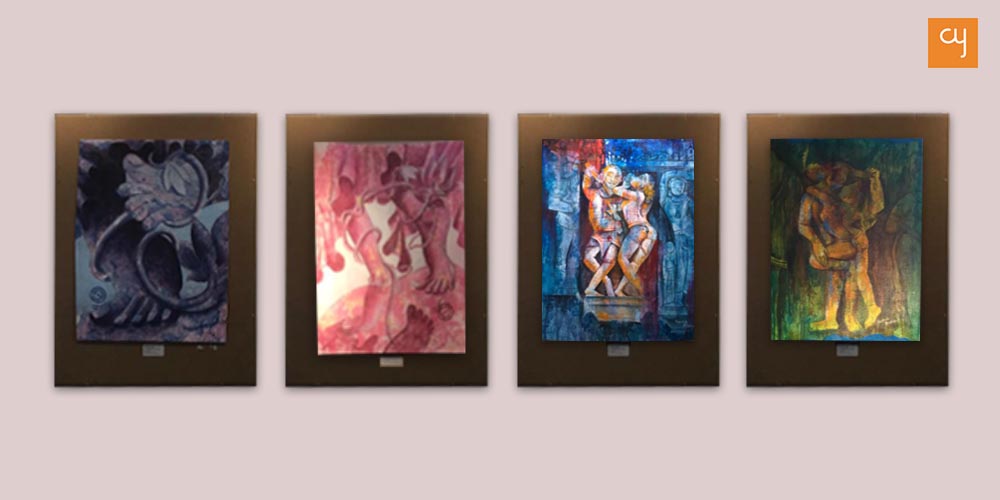 And yet for the sheer size and scale of the Contest that’s been handled by ICAC staff, and for the logistics they have had to provide for it, they all deserve to be complimented along with the chief Ravindra Mardia. We only wish more power and energy to ICAC setup to serve the art and arts fraternity!

This last tranche of about 200 exhibits is on till Wednesday, March 16. The Gallery is located in Ramdevnagar in Satellite area behind the Mondeal Park building and Asawari Tower lane and remains open from 11 am to 1 pm and 4 pm to 7 pm.