Water Festival serves a fitting finale for the Heritage Week 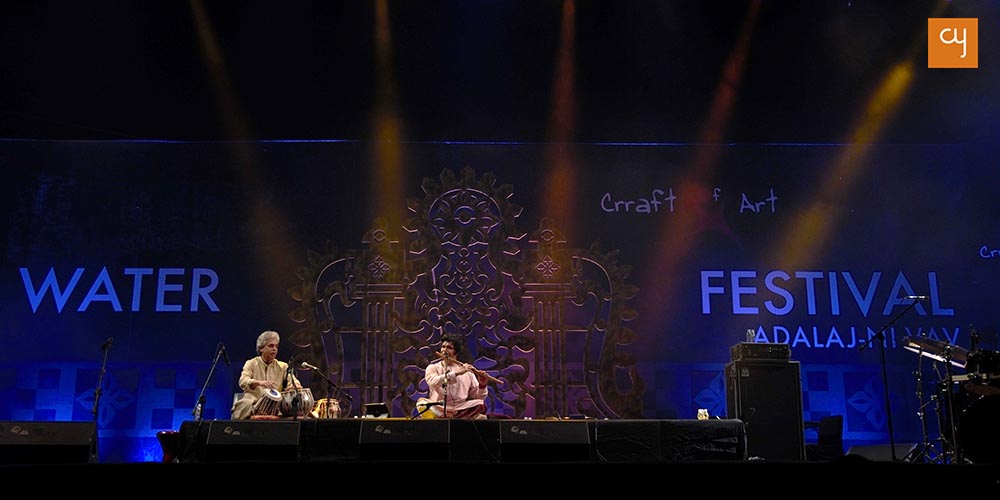 The World Heritage Week (November 19 to 25) brings in some meaningful and enthusiastic observance of the occasion in Apnu Amdavad also, which had some added enthusiasm since the city got the tag of the First Heritage City of India two years back. The city deserved it for six centuries of its existence and for a rich availability of tangible and intangible forms of heritage in its walled parts as well as outside. But may one note that the observance of the Heritage Week has been around for more than a decade now thanks in part to the Heritage Cell of the Ahmedabad Municipal Corporation and people like Debashish Nayak and others in his ilk who were instrumental in putting the heritage conservation on the table and in eventually all this resulting in a push for getting the city included in the coveted list of international known heritage cities.

Crraft of Art was one entity that climbed the bandwagon of Heritage celebration in the early phase around 2009 and before the official recognition of the city; and it has not looked back ever since. Its celebration of the Week started through music concerts at heritage sites like Sarkhej Roza and this has eventually graduated to the grand observance of the occasion as a Water Festival at Adalaj ni Vav (The Adalaj Step-well), though it’s known to have gone out of Ahmedabad also in between. So Craft did the same this year as well on Sunday with an evening of music of many genres at the historical venue known for its stepwell that leaves the visitors in awe for its conception centuries ago, and its purpose aimed at providing some well-deserved rest to travellers with water breaks in the harsh climes of Gujarat. 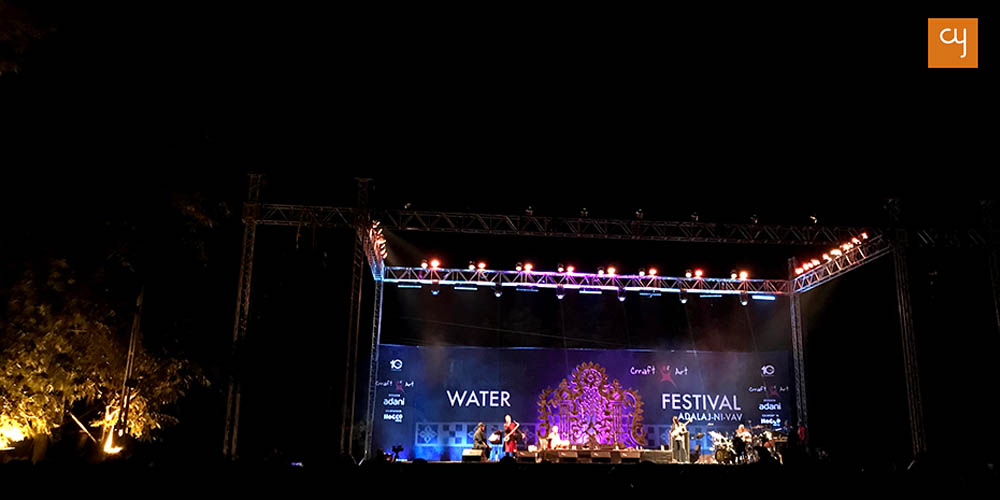 The name Water Festival may or may not ring bells for some, but the Music played at the Fest keeps ringing pretty well after the concerts with anyone who comes to have a taste of it every year. The 2019 celebration, in fact, may have surpassed the previous benchmarks in as much as it featured the Indian classical instrumental, vocal Natya-sangeet and abhang, jazz and a fair amount of fusion of all of these to the utter joy of a very receptive audience which very fairly cheered the experience! 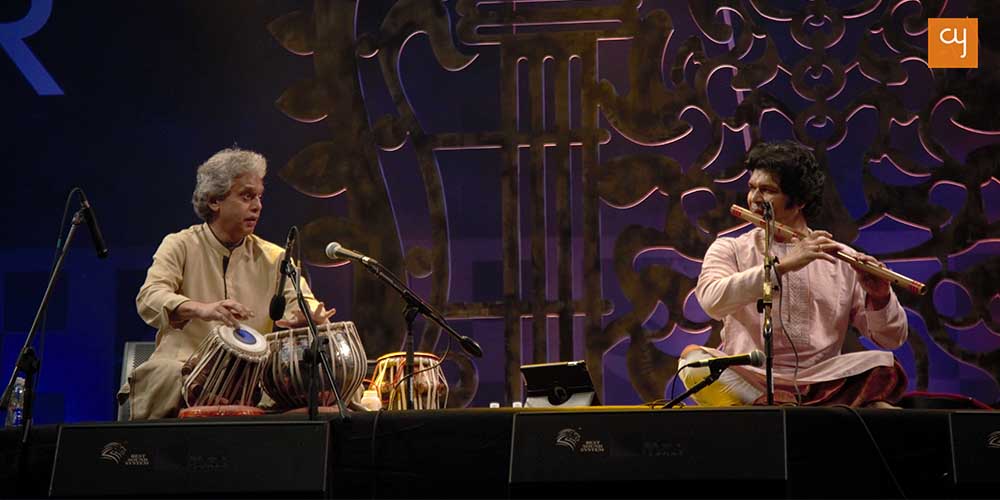 The evening started with Rakesh Chaurasia, the flautist who some of us have seen or noticed grow under the able tutelage of the legendary flutist Hari Prasad Chaurasia (of classical circuits, Spic-Macay and Shiv-Hari fame). Prasad’s nephew and disciple, 48 year young Rakesh Chaurasia is well on his way after having grown through numerous concerts with the former at all kinds of fests and venues. An interesting coincidence is that the flautist has roots in Vrindavan, a place identified with Lord Krishna, His wanderings in its meadows and His eternal playfulness and command over the bamboo instrument of flute! Rakesh first played a short alaap in Raga Yaman and two compositions accompanied by Fazal Qureshi on tabla and then joined a fusion medley with other artists of the evening. He offered his best in the two forms producing moments of wizardry with both short nuanced notes and long soliloquies. 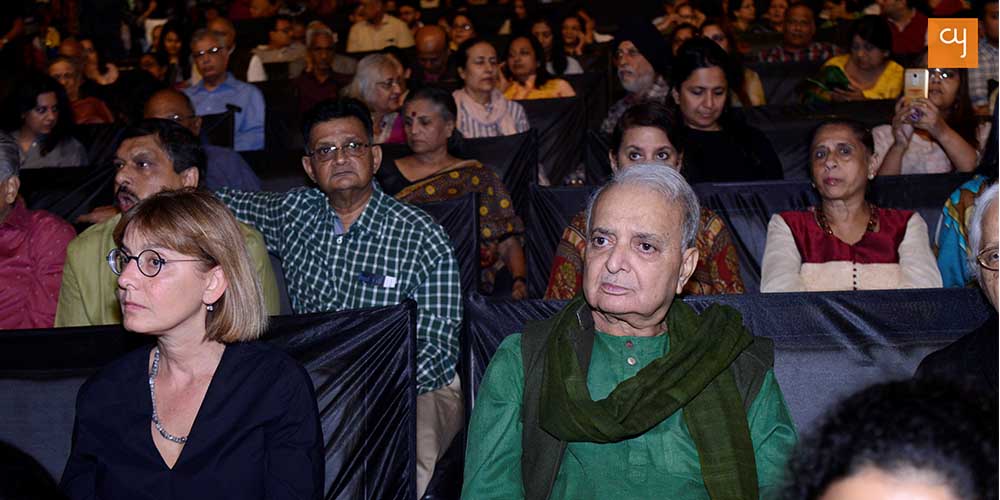 A techy by profession and yet a fully accomplished classical singer of Kirana gharana, 48 year old Anand Bhate was a fresh inclusion for his forms of natya sangeet and abhang from Maharashtra. Starting as a child prodigy at the age of ten years with a radio concert on theatre singer Balgandharva’s gayaki, and one who went on to eventually become Pandit Bhimsen Joshi’s most versatile and celebrated disciple, Bhate gave here a memorable flavor of these forms with two spells of his stage time. With a strong pitch, clarity of verses and a breath full of lilting taankari, his renditions were a very fresh listening experience for young crowds and first-timers to classical and sub-classical forms. He wrapped up his act with a very pious and soulful Dev Vithal in the spontaneous company of the full repertoire on stage. Veteran Alla Rakha’s son Fazal coordinated the entire ensemble through the evening with some impromptu spontaneity.

The contemporary in music at the evening was served with the appearance on stage of Saxophonist George Brooks, the Indian piano veteran Louiz Banks, – popularly known for his Hindi film instrumental music – his drummer son Gino Banks and Bass guitarist Sheldon De’silva, all of whom played some jazz mostly may one say for the young crowd. What started with the standard Jazz number Take Five, soon gave way to a broader ensemble joined in on tabla by Fazal and later on Flute by Rakesh as well. The music has no language or limitations of forms was clear very soon as everyone was equally enjoying the partnership in fusion while each of them got their share of solo renditions! Bhate was to then take over from here for abhang Dev Vithal, the devotional singing towards the end, a usual convention for all Indian classical concerts. 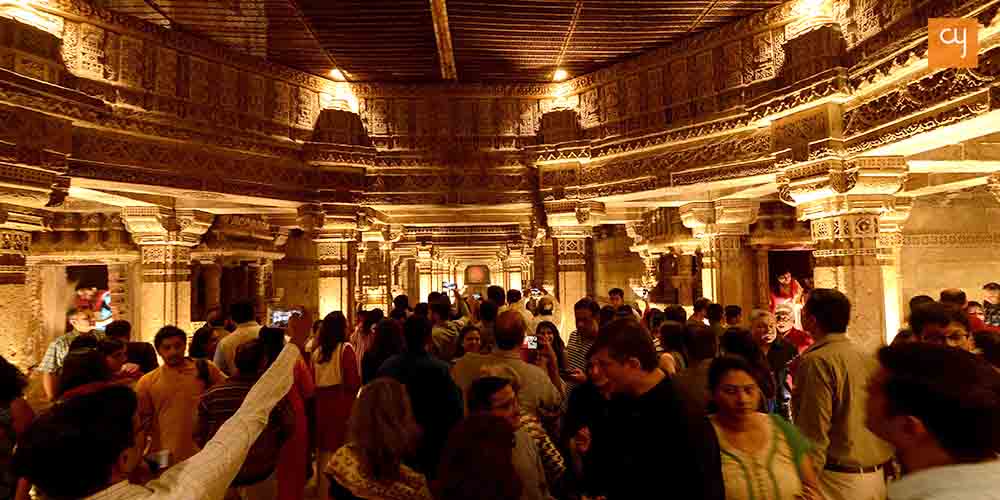 This then ended as an ace act for Crraft of Art also which completed ten years in Amdavad, mostly through its presence at Heritage Weeks, another edition of which got wrapped up fittingly thus. And yet what one missed for the name Water Fest and a grand venue like Adalaj was some historical references or befitting commentary for the precious heritage site and its linkages to water conservation, as also with the occasion while well-versed one-time TV major Kitu Gidwani and Birwa Qureshi, the spirit behind Craft of Art took to stage as hostesses of the evening.