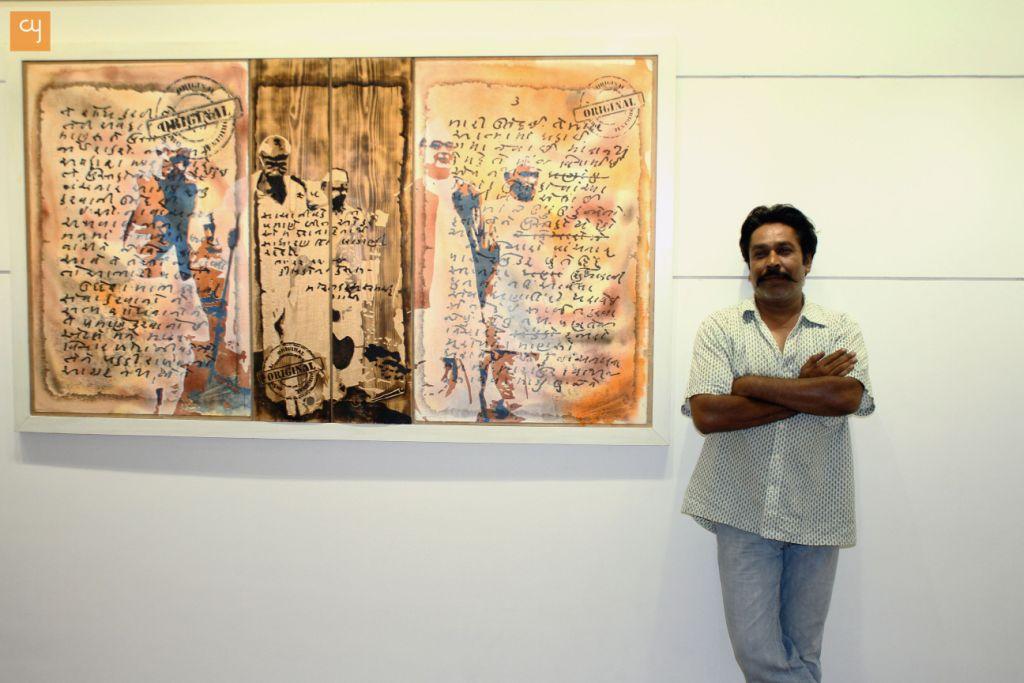 “Memory is the scribe of the soul”

I heard that quote first time in movie called “The Book Thief”, it struck me. And it struck me real hard. That proves right for the words as well.

And when one read the words of Gandhi, one gets more close to him, his vision and his idea about ‘swaraj‘. To help with that, Navjeevan launched centenary edition of “Hind Swaraj” on 15th June, 2016.

Brilliantly articulated, this book is one of the important literature for the followers of Gandhi. It contains letters of Gandhi – about his idea for swaraj, which he wrote during the tenure of 10-day voyage on board the boat “Kilodan Castle”. This is the only book which was translated by Gandhi, after writing in Gujarati first and it is printed in Gandhi’s own handwriting.

What interested me more about this book launch was the exhibition they put up on Gandhi. 8 dazzling life and human size watercolors of Hindol Brahmbhatt are being exhibited at the Satya Art Gallery. 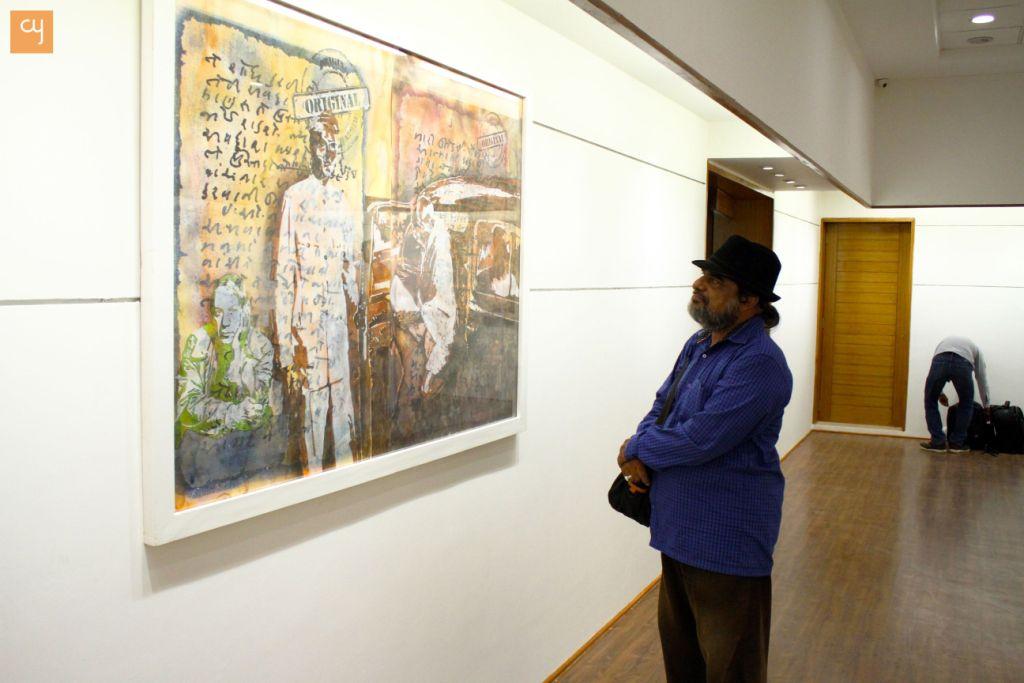 Culture and History of India and its many socio-culture and economic changes are main ingredients of his works.

In these works, Hindol has juxtaposed letters of Gandhi from Hind Swaraj on monumental poses of him. His pictorial narratives of Gandhi are an amalgam of modern day crisis and Life of Gandhi.

Hindol’s portrayal of Gandhi, in Melancholy, is the closest he gets to understanding the pain of Father of Nation.

“Gandhi is present everywhere in India, bridges and roads are named after him, museums and post stamps are dedicated to him and off course on rupee notes but what about his ideals?? They are fading, Bharat which he envisioned is fading” Quoted the artist.

His art have always seized me with his humour or may be the complex process of thinking and planning. These coherence work of his demands attention.

Hindol is praised for his brush technique, his characteristic palette and subtle colour sense. 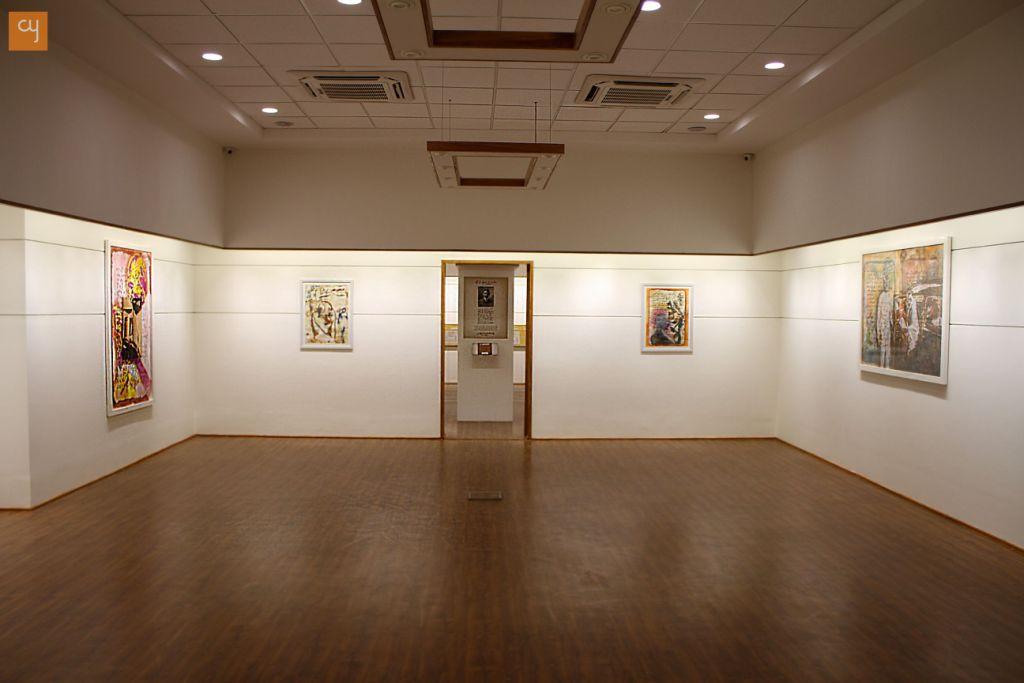 Satya Art Gallery has never disappointed me in terms of quality exhibitions, and this exhibition is no exception. 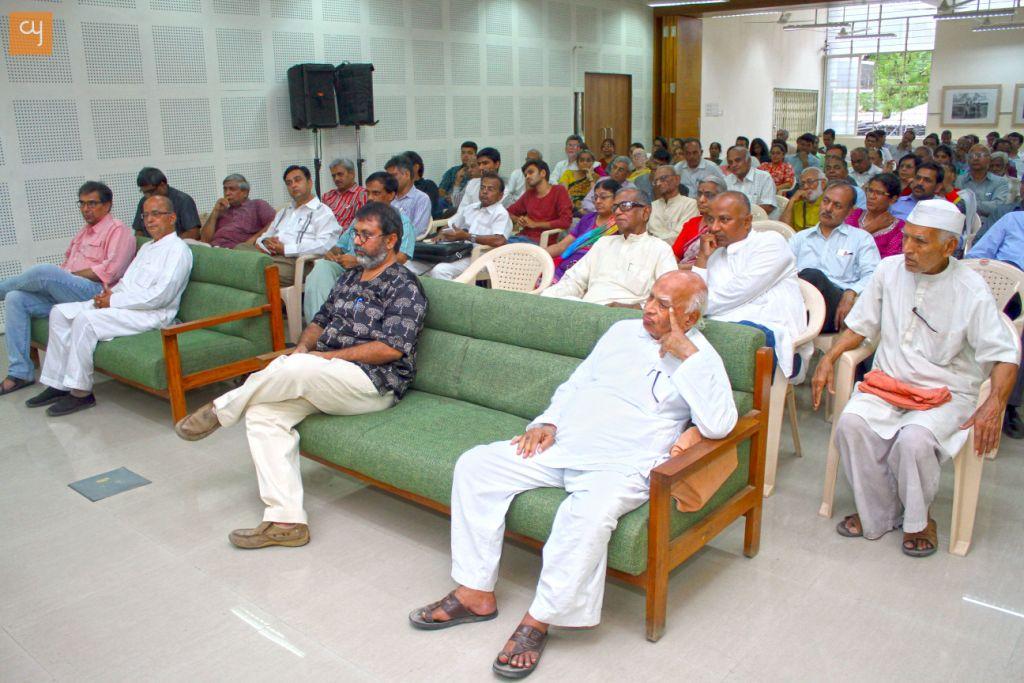 The book launch and an exhibition witnessed the presence of Amrit Modi and Tridip Suhrud from Gandhi Ashram Samarak Sangraha, Jayant Meghani from Prakash Publications, Vivek Desai – Trustee of Navjeevan and several others.

Hind Swaraj will be available at the library of Karma Café at Navjeevan and Exhibition will continue till 30th June, from 10am to 9pm. 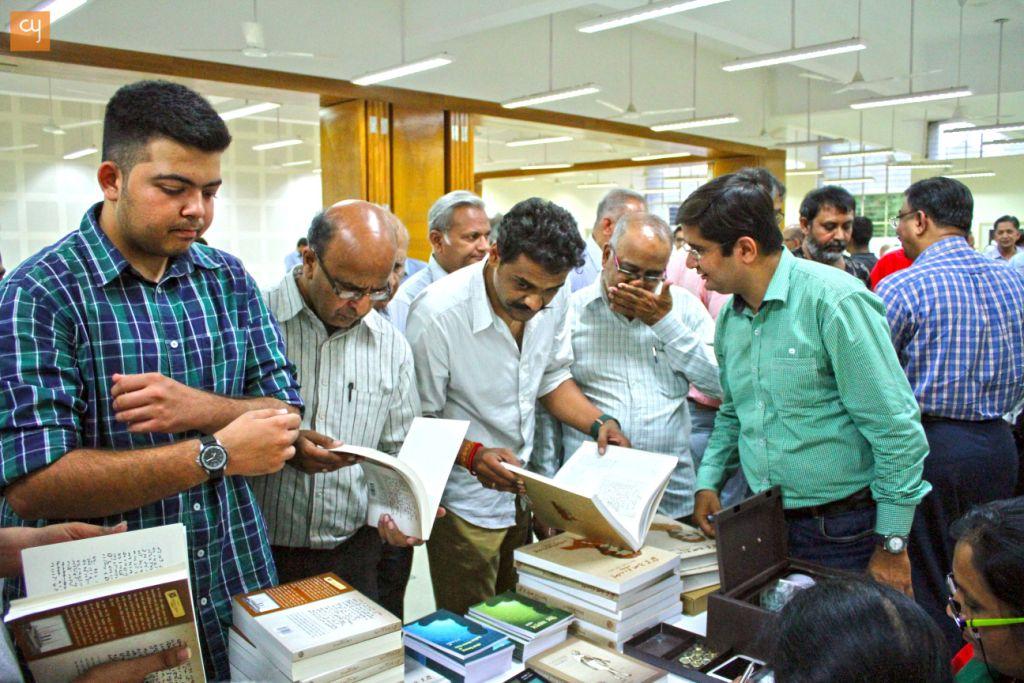