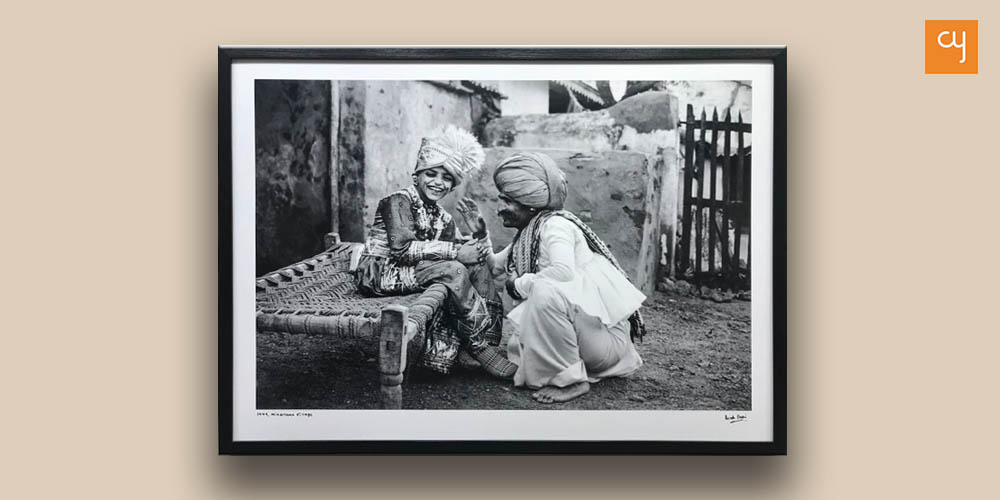 Photgrapher Vivek Desai has had special trysts with some unique cities, regions, classes of people and festivals during his illustrious career of twenty five years with the lens. The city of Benares, Naga Sadhus and Kachchh are some prominent examples of his fascination. His last exhibition at Archer Art Gallery was centred on Benares and its mysticism as the city that brings moksha as per the Hindu belief. 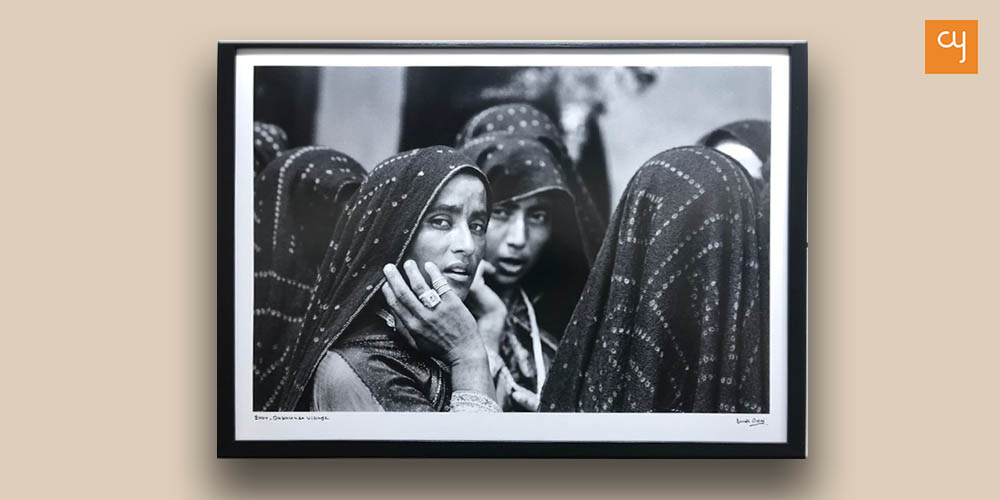 He has now come up with his next exhibition which is a kind of retrospective generally on Kachchh and substantially about its tradition of (child) marriages solemnised around janmashtami time way back when the pictures were shot.

The show commenced at Satya Art Gallery in Navjivan Press complex on August 28 ahead of Janmashtami falling on August 30th this year in an attempt at celebrating the Festival as also for reliving a slice of the past. 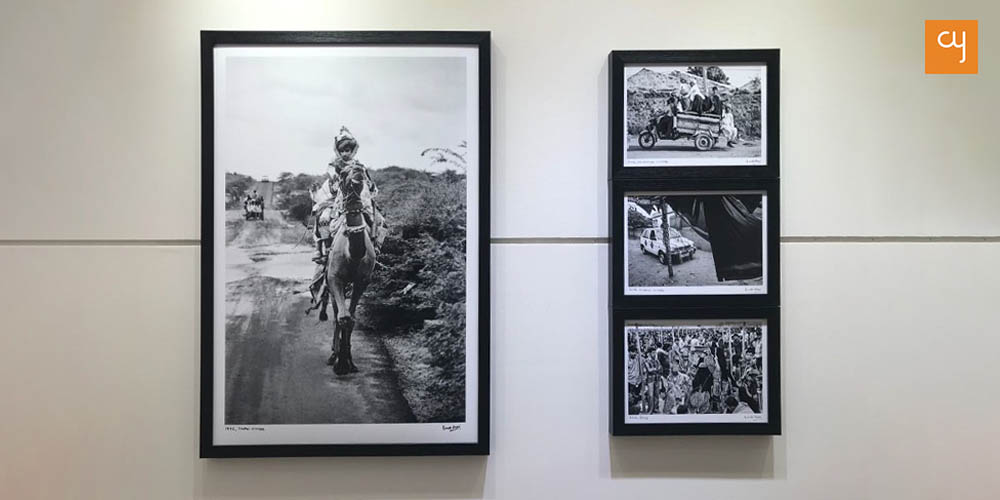 Mostly shot in mid nineties when he embarked upon his professional level pursuit in photography by acquiring professional lenses and a camera specially from Mumbai, these photos have a substantial share of marital ceremonies in the Rabari community. The shots extend to early 2000s and up to 2016 since Desai has been revisiting the area around the same festival time for his quest and has formed permanent friends in the community and trades in the process, which he fondly remembers! 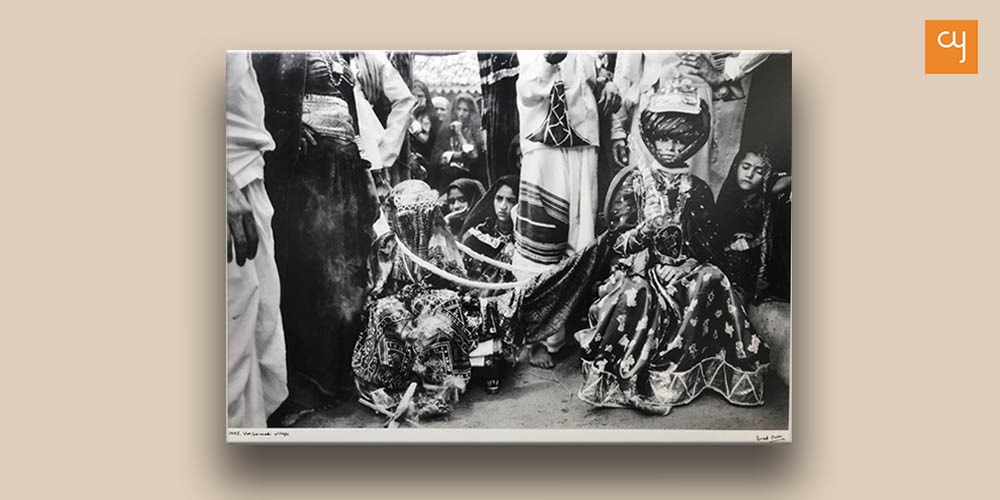 All in black and white monochrome, these photos also dwell on other kind of festivities, culture of the region and street life in the city of Bhuj or villages and towns like Rapar, Myndharia and more spread in the geographically wide and largest Kachchh district; which is also well known for its scenic splendour around its white desert and unique huts in the tourism industry.

Desai has captured and displayed how even in relation to marriages, the mode of transport had changed from the camel to the ‘chhakada’ and eventually to a Maruti car and which may have undergone a shift further with twenties of the twenty-first century unfolding right before all of us. 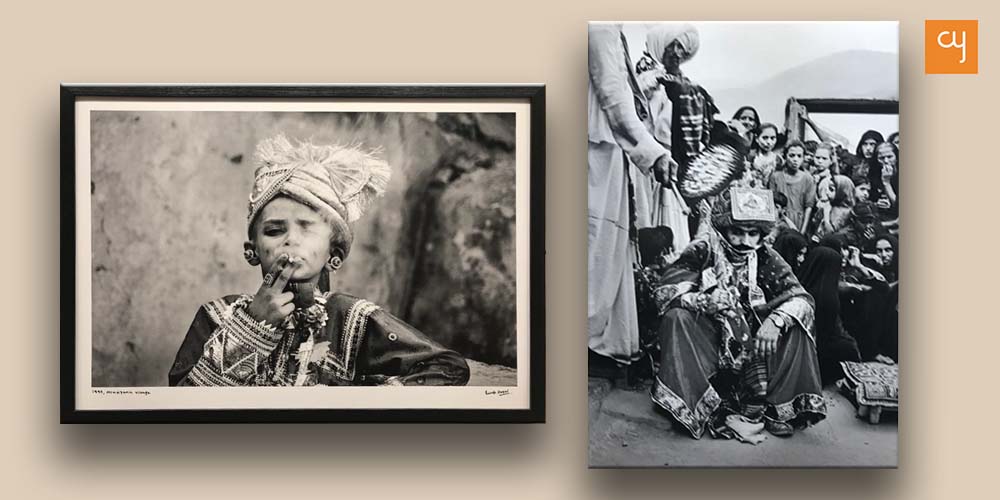 Spread in two rooms of the peaceful Satya Gallery, this exhibition then shows exquisite pictures on allied themes and the typical life, traditions in costumes, jewellery, footwear and the like from the region; all of which incidentally is in transition with the younger generation of native population of Rabaris now sporting jeans and sports shoes, which is highlighted by the photo artist through vignettes of street life as also in his introductory note.

On till September 12, this event also has release and signing of a limited edition coffee table book based on similar photographs by Desai, on September 05. The show transports the visitor to an era and culture in flux. A visit to the show is also dictated by added attractions in the form of Navjivan books, ethnic wear available at Swatva and the snacks and a variety of beverages at the Karma Cafe in the adjoining rooms.