‘Love ni Bhavai’ speaks the language of the contemporary youth 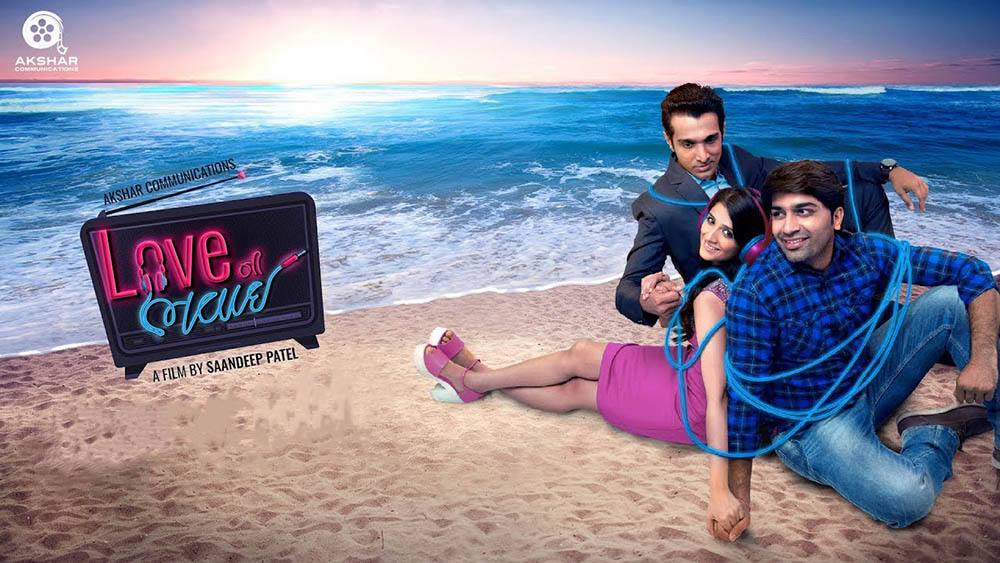 This new Gujarati film, Akshar’s Love ni Bhavai directed by Saandeep Patel merits special attention. The subject of love has been of interest to all, anytime. It was to Shakespeare, it was to Kanaiyalal Munshi, it is still to modern poets and fiction writers. The film deals with it in the idiom the young generation of today speaks and understands – and in the ambience they are fond of. The young heroine of the film, Antara, is a Radio Jockey whose chirps become soothing words of counsel to teenagers as well as the elderly.

To a girl nearly her age, going steady, currently unhappy, Antara chirps: The exit of someone you break up with makes way for someone else to enter. Tu nahi, aur sahi … used to be an exceptional stand of a young man in the past. Today, with the word ‘love’ not remaining a matter of a whisper, it could as well be a forthright girl’s stand. Her stand is the germinator of interesting happenings in the film. Antara’s character, conceptualized and portrayed by Aarohi on the screen, reflects the mood and temperament of the contemporary young educated woman.

Antara, and many such young women in reality today, make this distinction between ‘just friends’ and ‘two in love’. She significantly says, having coffee together and liking it does not necessarily mean being agreeable to a marriage with the guy. Casually said, the words are a mature take of a modern girl on love.  Another trait she spells out : ‘You can plan a project, not life. I go with the flow.’  Without a glam factor to distract viewers with and looking brainy, Aarohi so brilliantly brings Antara and her attitude alive that one feels Antara is her conviction.

Speaking often with her eyes, she smartly keeps her suitors at bay, sometimes playing pranks on them. The two suitors, one of them reluctant, are Aditya and Sagar. One, Aditya, played by Prateek, is pragmatic and has his head held in balance. The other, Sagar, done by Malhar, romantically inclined, looks befuddled with emotions, gradually sucked in head over heels in love. Towards the end, neither of them knows, nor does even the viewer, on which side Antara would lean. On either side, the relief is, the other suitor would as well wish her well. Happily ever after, she would have the best of friends in the other.

Saandeep Patel, a veteran knowledgeable film director, who he admits was in slumber for twelve proverbial years, finally wakes up and makes a significant contribution to the mainstream Gujarati cinema where of late there has been a great churning. Breaking from the treatment of love in films of the past, with courage he picks up a theme that has an appeal to the contemporary young, skillfully has his three main characters emerge right from the recognizable young world along with a photographer friend conjured up playfully, not forgetting to give a family background to each and keeps the film smoothly moving forward without a jerk.

Mitai Shukla and Nehal Bakshi, probably in their first film-script, manage insights into this world with dialogues that keep suggesting without getting loud the thematic content. Sachin-Jigar’s music has the strength of rhythm that remaining relatively subdued has young ones sway with it. Tapan Vyas with an admirable professional touch to his cinematography keeps viewers’ eyes keyed to the visuals as much as the director does their attention to the emotions and attitudes. There are actors even senior to Arti but she steals the show with the effortless magic of her expressive face whenever she is on the screen. Dialogue, songs, visuals, laughter, editing, other characters and all, mandatory in a film get – with the director’s deft handling of them – integral to the cinematic flow.

A couple of observations need to be made though. The film takes a little time initially establishing the characters and getting to the theme. Besides, that the RJ can even with the voice choked air a personal conversation with her lover sounds unconvincing. And, the end doesn’t seem breaking free from the overpowering success formula of Bollywood films.