WHY DO WE STILL REMEMBER SHAKESPEARE? 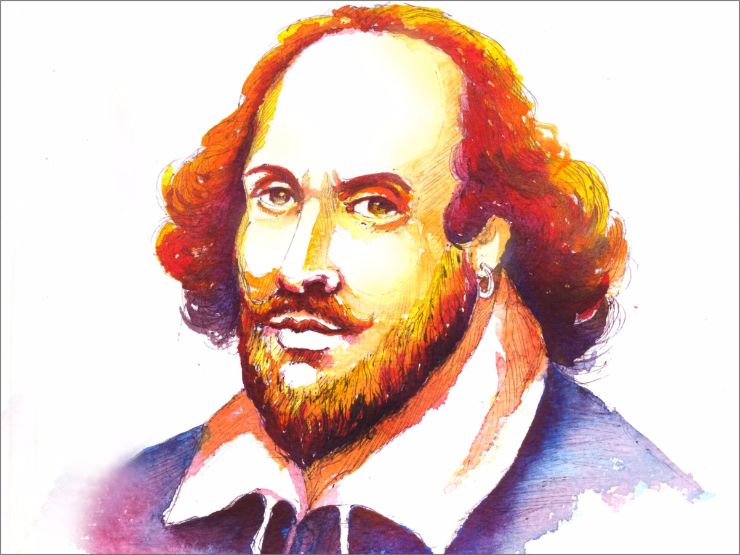 In Greek tragedies like Oedipus the King and Agamemnon, it is the gods and fate that pull the strings and humans, like puppets, behave the way they do. In Shakespeare’s tragedies like King Lear and Othello, the factors that cause suffering to his heroes are not in the outside world. They are within their own inner world. A Shakespearean tragic hero is in conflict with himself. Circumstances that lead to a tragedy in his life, culminating in his total destruction, are the ones of his own making. The heroes realise their folly much too late.

Buried under pomp and material comfort, carried away by ego, King Lear foolishly wishes to know ‘how much’ each of his three daughters loves him and divides his kingdom between the two who protest too much. Later, they throw him out. In the Storm Scene, he refuses to go into a cave. The storm within is greater than the one out in the open. It is here that he notices and empathises with the ‘poor naked wretches’. He gets soft. The absence of this self-realization of inner emptiness caused him suffering.

An exemplary soldier and a noble human being, Othello intensely loved Desdemona. One who had heroically won many wars, however, proved himself incapable of winning a battle in life. He could not see through the game villain Iago had played and had jealousy get the better of his love. He suspects his wife Desdemona of infidelity and like a savage throttles her in her bed. ‘Describe me as a fool,’ he himself confesses before he puts an end to his life, ‘who threw away a precious pearl with his own hands.’

Macbeth was gallant and loyal to the King. Ambition and greed drive him mad. Even as the King was his unsuspecting royal guest, Macbeth follows Lady Macbeth’s evil design, murders him – and murders his and her sleep. Lust for power and position suck them dry of all human qualities. Their lives disintegrate. What’s done cannot be undone.’ I still have the smell of blood on my hand,’ Lady Macbeth tells her doctor, ‘All the perfumes of Arabia couldn’t make my little hand smell better.’

Hamlet is faced with circumstances he has not himself shaped. His uncle Claudius has murdered his father, senior Hamlet, and usurped the throne. More outrageous than this is the fact that his mother Gertrude has in unseemly haste married Claudius. The source of Hamlet’s tragedy, however, is in his exceptional sensitivity, his sense of propriety and his conscience. ’The time is out of joint’ he feels, ‘O cursèd spite, That ever I was born to set it right!’ No single act can set the wrong he perceives right.

Outside this quartet of great tragedies is Antony and Cleopatra. Antony is ‘the triple pillar of the world’ ‘transformed into a strumpet’s fool!’  As a character in the play puts it, ‘Other women cloy the appetites they feed, but she makes hungry where most she satisfies.’ That’s what makes Antony say, ’Let Rome in Tiber melt, and the wide arch / Of the ranged empire fall! Here is my space, / Kingdoms are clay.’