An alluring blend of love and poetry in Sir Sir Sarla

Four young actors – amateur till now, threatening (read poised) to burst into the mainstream of theatre – nearly fully identify with their characters and the situation they are in. The idea of poetry and the fancy it evokes have teenage Sarala’s (Bhamini Oza) feet off the earth. Poetry becomes the medium for her of love, a feeling inescapable at that mugdha state of age. Even her rhythmic blabber like chhap chhap chhapake chhap becomes a flitting lyrical mix of poetry and love.

When a girl of airy presence at her age and temperament is around, three intriguing and dramatic responses seem possible in Sir Sir Sarla, Saurabh Shah’s two-act Gujarati adaptation of Makrand Deshpande’s deftly written Hindi play with the same title. Makrand, not necessarily proficient in Gujarati, has had under his direction all the players put their heart and soul into the simple expressive lines on the mystically tender expression of a uniquely human sentiment. 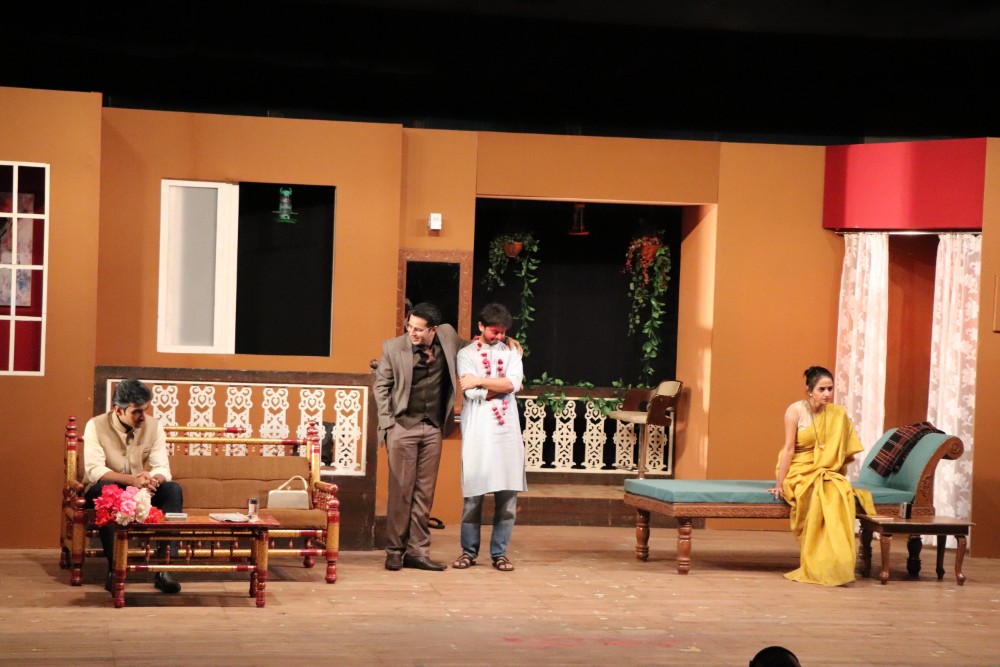 Cast in such an inspired, close-to-life mould is the character of Phanidhar (Shivam Parekh). His name seems to connote an aggressive and venomous character. For all outward appearance and observations, he makes he is also likely to be perceived funny. He represents the harsh reality of a young man with the potential of a tragic fictional hero that translates into life the idealism that poetry teaches a sensitive learner. Though he is suspected to be a marginal character for long, when he observes that love, when it remains unexpressed, becomes poetry, the audience grows most compassionate and empathetic towards him.

The beauty of characterization in the play with its potential to become a piece of literature is that all four characters win our empathy. Keshav (Ojas Rawal) is a hardcore successful man of the world. In the face of a complete personal devastation, the distinction between poetry and things prosaic in life as much as the place of a delicate relationship in it grows on him. He sweetly admits to having misinterpreted a rain-soaked Sarala’s sarsaraahat to have been tainted. His final action and words suggest his redemption – just as Phani’s his. 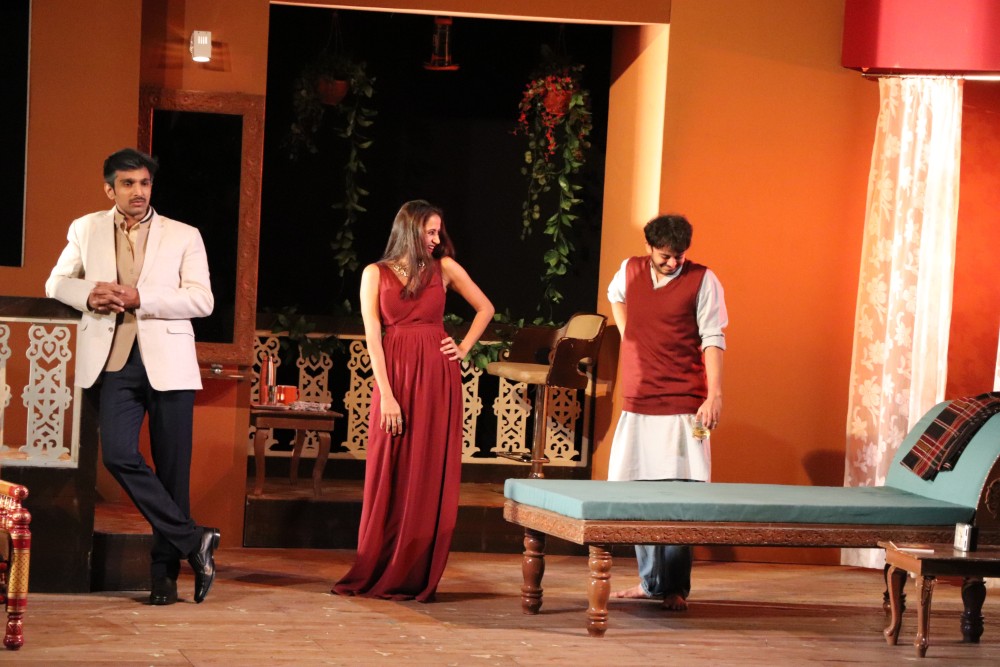 It is the Professor of Literature (Pratik Gandhi) who has triggered the turmoil within each of the trio and visible dramatic developments between them. He remains enigmatic and manages to be detached. There are faint signs of turmoil within him too – or so it seems – but a dignified level of his age and position constantly guides and finally elevates him to his traditional place. It is good to notice that the director does not seek to melodramatically with lights and sound effects deify him.

In a beautifully conceived scene, the quartet is seen nonverbally interactive towards the end. The young woman in whom the romantic streak and a first flush of excitement poetry causes is no longer a source of impetuosity is in the verandah overlooking the sky and the remaining three are in the drawing room, each at their restrained best. Having hit the hard surface of reality, she confides she recites her poetry to trees and roses. At the touch of poetry, the rose grows rosier! At a relatively rare exposure to the dramatic art that strikes a balance between the text and the subtext of silence underneath, the viewers who had boisterously greeted the first act despite its vulnerability greets it with a welcome hush when the meaning of true love and poetry sinks in. Under its impact, they give the play a standing ovation. 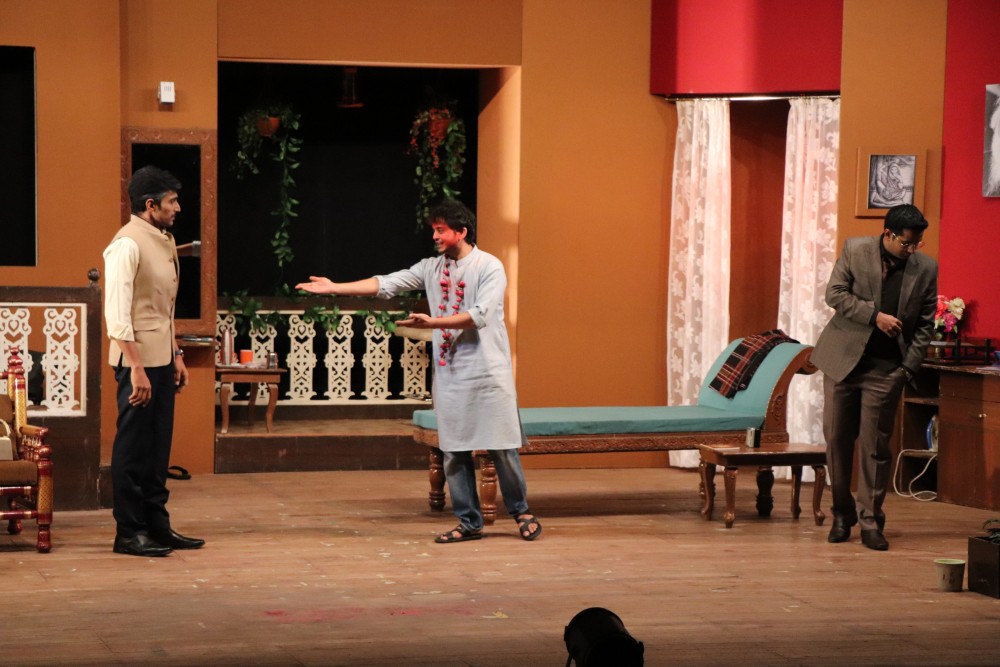 The teenage girl breezes in from time to time in the first act like a storm. Her girlish voice tends to get shrill. Its modulation without inbuilt pauses and a discernible rise and fall that could make listening to it even a greater pleasure does not carry the full import it ought to. All this with a great relief to sensitive viewers is more than made up for in the second act. The mock suspense rather strongly built up, glaringly without proportion to the theme in the first act gets dispelled too in the second. And the philosophical note of the guru on which the play ends, again not theatrically highlighted as is the wont in commercial theatre, is welcome. All three students, who have grown wiser with the passage of time and with experience, are poised to take the next positive step in life rather than stagnate and rot.

The roomy set design provides dramatically useful space to the actors, but its posh elegance leaves scope for debate. Within that space, the lights turn effective and the music remains integrally supportive.