In 'Raashi Man', we see glimpses of the magic that theatre is capable of

The nip in the air for a change was low and expectations were relatively high on the ground open to the sky at the young theatre writer-director Chintan Pandya’s residence for ‘a unique experience’ in the ‘environmental theatre’ format he had promised in Raashi Man at its sixth show last Sunday. All formal and informal seats, around three score, were occupied. Lights were dim. Careful occasional movement didn’t break the silence. Prayers being offered unseen were softly done. A hush had descended when a savage of a man – his long hair dishevelled, chest stained red and voice hoarse – enters from the dark, making way from the audience. 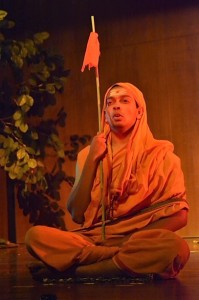 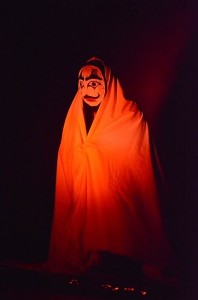 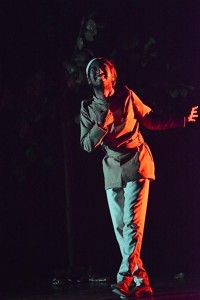 That was the first of the numerous short scenes of the play Raashi Man, written and directed by Chintan. Celebrated Japanese director Akira Kurosava’s film classic Rashomon (1950) was based on Ryunosuke Akutagawas short stories. Chintan as well wrote this play set in an Uttarakhand jungle based on these stories. The secret of a flavour of authenticity in its language, a couple of dialects it employs, is that he got the script checked and where necessary revised by native speakers of them.

Raashi Man is a murder mystery with a little insight into human psychology, particularly related to a crime. Even as it becomes a metaphor throwing flashes as with lightning on the significance of life, it lightly reflects on contemporary life. The accused, the victims (including the spirit of the one dead) and witnesses to the murder and rape give testimony in a court of law, where the judge and court officials are not seen the focus being only on the witnesses. Their accounts of what had happened are interspersed with flashbacks of action. 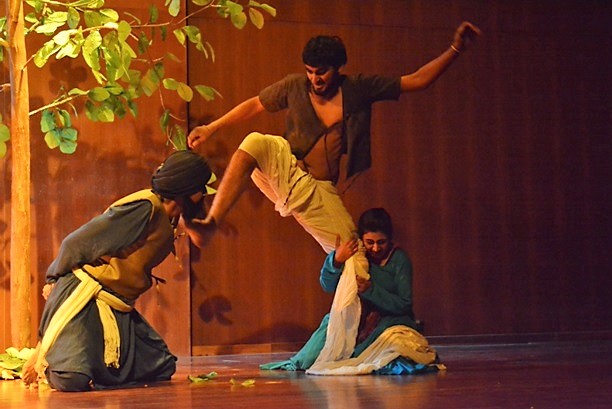 Chintan’s voluntary modest exposures to world theatre and interest are reflected in rather subtle touches he gives to the dramatic action of the play. The judge’s absence adds to the drama. Musical interludes and observations accompanying the narrative are engaging. His use of the informal acting space, though only on the ground, pleases. Where necessary he makes do with symbolic props like a glittering miniature knife resembling the one in your keychain! The dead is awakened in something of a haunting scene with masked Noh characters in dancelike movement. As a writer, he gives a glimpse of the beauty of the woman’s face through the bandit’s words. Most importantly, theatre to him is no mere entertainment. It’s an artistic medium. He invests his theatre exercise with the kind of throbbing seriousness with which both those contributing to it and those watching get pleasingly infected. That’s what makes such fringe events welcome along with mainstream theatre events. 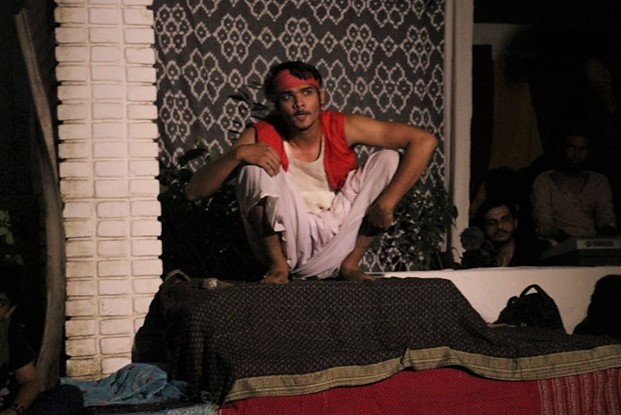 In a welcome contemporary touch, the rape victim like a cobra first recoils and then makes what is supposed to be a stinging verbal attack on the two men who consider her weak. And, the abiding undertone sensitive viewers receive and carry home ringing at the end is of the nature of truth. हिरण्यमयेन  पात्रेण  सत्यस्यापिहितं मुखम्, the Upanishads say. It is coloured by humans with subjective perceptions and motives as seen in contemporary court trials as well.

Young amateur theatre performers still learning its elements admirably under the director’s guidance try to attempt all this. A full realization of it beckons them if they keep pursuing theatre activity with understanding and dedication without straying from their path with formulas for ‘success’.