In the tradition of Absurd Drama, we have the legacy of a few dramatic works conceived of in their creators’ most introverted moments post-WW II when they were in turmoil. Like lightning, they blaze a trail to understanding aspects of life essential to human existence. The line between form, which is a bunch of images instead of a narrative, and the signified, as in poetry, blurs in them. The reader or the viewer gets to the meaning they convey and yet, maybe, it remains alluringly elusive. 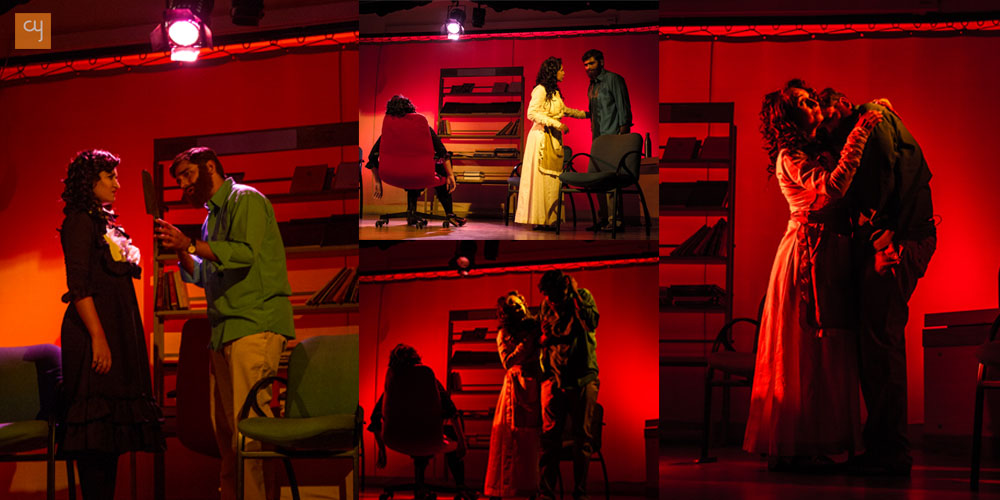 Sitanshu Yashaschandra has creativity at his fingertips. He set out, now close to fifty years ago, to adapt Eugene Ionesco’s celebrated French play, an hour-long compact and pithy one-act, La Lecon (1951), and ended up adding to Gujarati dramatic literature Maargadarshan, which is near original. The play smells as freshly as the just-served coffee on your table even today. Way back in the seventies at a competition in Mumbai, knowing fully-well it was an adaptation the judges recognized its creativity with the prize for an original play!

Forcing opinions or ideas down the throat of someone to the exclusion of all other is indoctrination. In Maargadarshan, as in The Lesson, indoctrination is the major theme. Age, receptivity, and gender of the gullible, as here, egg on the opinionated to gradually grow authoritarian, aggressive and violent with hints of sexual connotations. Ionesco skillfully develops the metaphor of the process of indoctrination. Sitanshu delightfully transplants it on our familiar soil with rich hues of our own cultural idiom. His Gujarati version blooms with roses on a specially cultivated tract.

The fanciful cluster of neo-Spanish languages finds its counterpart in blooming Vraj Bhasha clusters. For utterances of sounds of human speech, Sitanshu has the analogy of Flying Birds. The Professor turns something of Professor Higgins with the Flower Girl in his language lab when he invents ‘Naankingmaa-n raheta maara Naana-ni chaamadi …’ He is hilarious no end with ‘Fodalaamaa-n fungus …’ If this be Philology, who won’t register to have a doctorate in it! 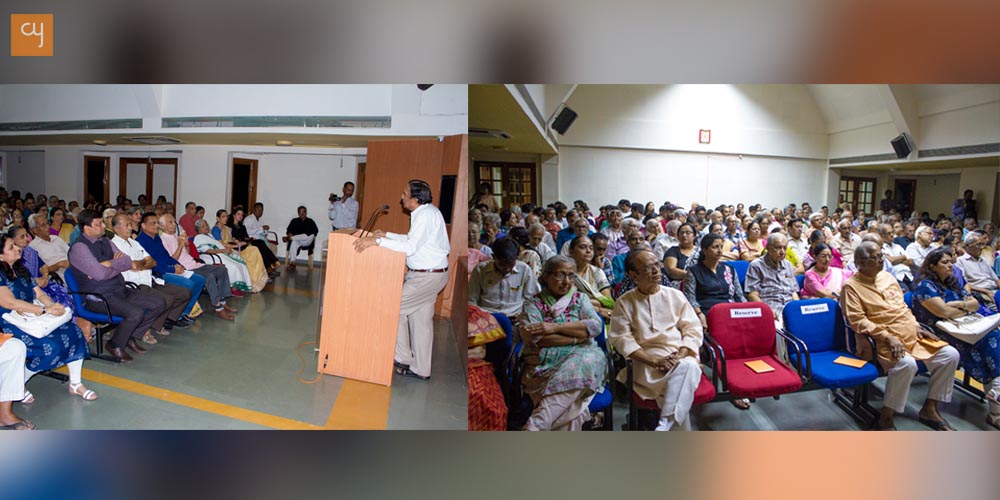 Agastya Foundation, Vishwakosh and Upasana presented this challenging play, whose communication with Mahesh Champaklal’s initial introduction to it came across ringing even to the uninitiated in the full-house audience. The play made communication with its metaphoric resonance under the direction of Nimesh Desai, a veteran theatre person, and that is not possible without the three actors’ skills particularly in the use of their vocal chords. And yet, I kept feeling all through it that it could have been elevated to a yet higher level of achievement in this fourth stage version of it I have seen.

Right from the first words he utters, Shaunak’s Professor by design seems to have been kept all too subdued with not even reserves of depth in his voice felt. In fact, he chooses to remain relatively flat in his modulation and slow-paced even where the playwright is in an exceptionally celebratory mood with words gushing out. (When he raises his voice with a visible knife, unlike an invisible one in the text, with the stage getting enveloped in red and the victim’s hand dropping limp the play gives hints of a crime thriller!) In the dialogue replete with irrelevance, humour and repartee, the viewers instead of laughing out loud seemed to seek logic. The Professor, not the young lovable actor with experience, fell short of winning discerning viewers’ hearts with his bumptiously lively enigmatic character. 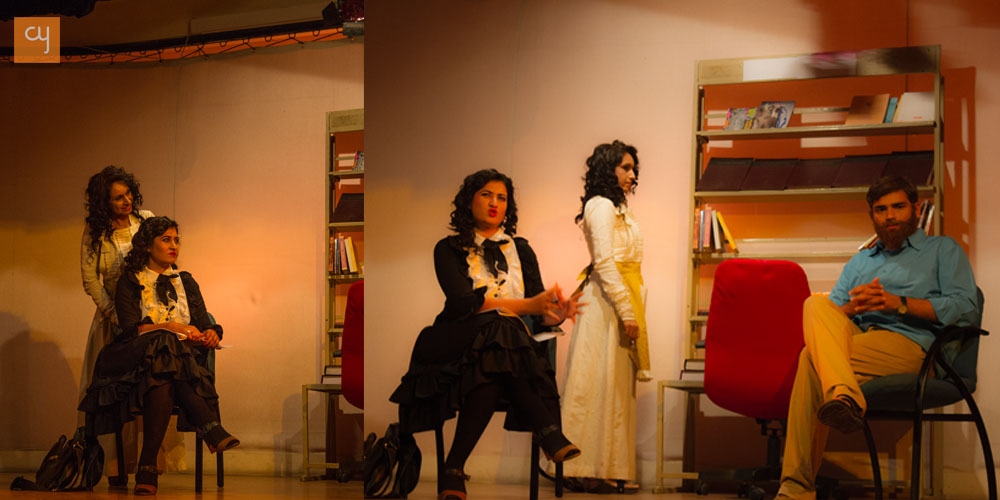 Denisha as Student, a second year Drama student at Upasana, shows promise. She looks aware of dramatic modulation and capable of quick reflexes to what she hears and sees though she needs to fully realize them with greater grace. If she had looked a bit shy and inhibited initially in response to what the professor said, it would have gone better with her character. Pauravi, who has some experience on stage, is a pleasant surprise with her ease as Tarabai, the Maid. She has her eyes speak, voice controlled and movement expressive. Those who assisted the team off-stage must have had a good learning experience.