Flashes of creativity and conviction in Poetic Justice 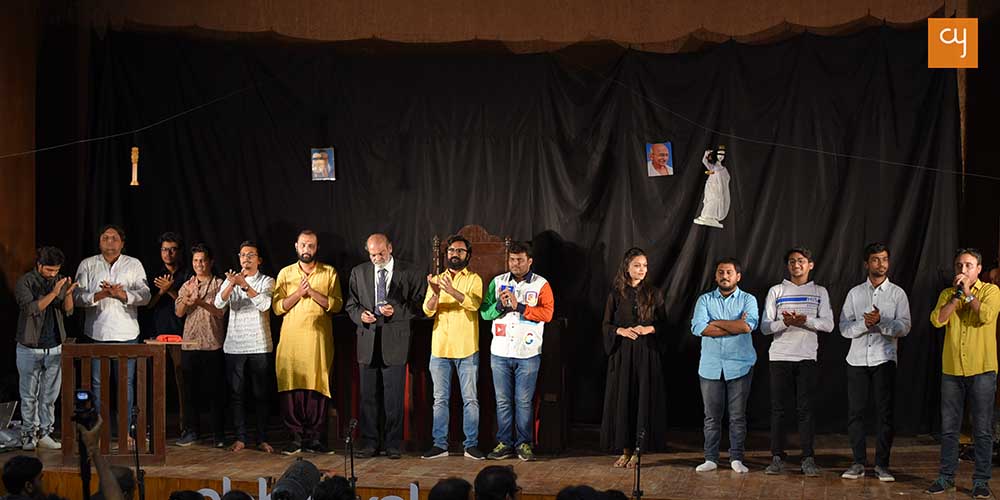 Poetic Justice presented as part of the ongoing Abhivyakti Edition Three at KCG is a significant original contemporary political satire in Gujarati written and directed by a young man Vaishakh Ratanben. The genre that has the potential to be an effective medium for social awareness has not been explored fully at a time when the fodder for it is all around in plenty. The play gets zestfully applauded time and again during the performance. The serious undercurrent communicates and even those not initiated into theatre pretty well seem impressed by the character of the Judge remarkably underplayed by Raju Barot.

The drama takes place in a courtroom all through. A Poet is being tried on the charge of sedition. Social Media representing people at large accuses him, interestingly played by Gopal with tags like FB as his attire, ‘You target followers of a particular religion, so you are a traitor.’ ‘Let the court decide,’ the Poet says, ‘I have a pen, not a rifle.’ ’We are in a democracy,’ people argue, ‘We can judge anyone and everyone. And a pen is more venomous than a rifle.’ The conflict is between an artist using his freedom of expression and the social media sitting in judgment with fancy interpretations of his work. 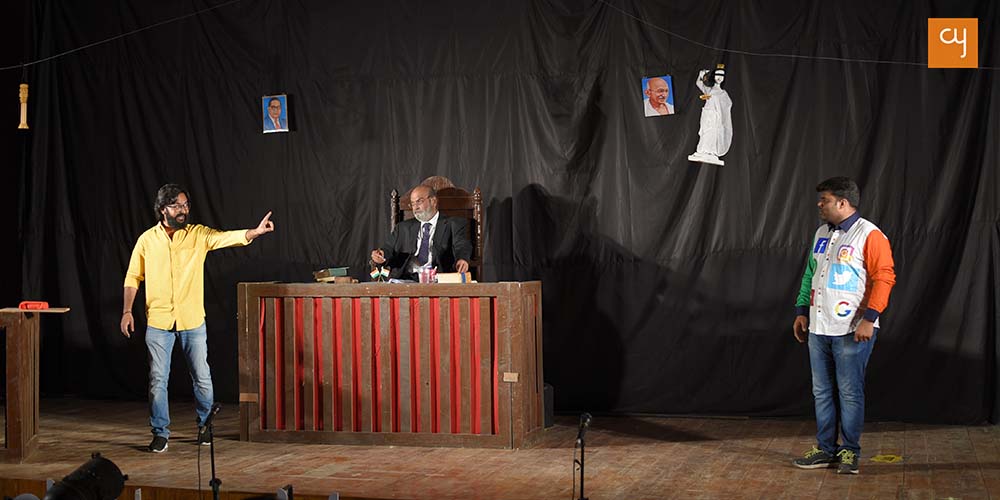 The playwright has put his finger on this conflict. The production unfortunately stops short of becoming a good drama despite having flashes of creative ideas and social commitment. The script jumps from one idea to another and entertainingly develops it, at times with disdain. It needs to be tightened with selected issues though tangentially it would mention those related. The Poet, played with conviction by Priyansh is an unchecked torrent of words, unrelieved by dramatic silence and modulation, particularly in the first half. 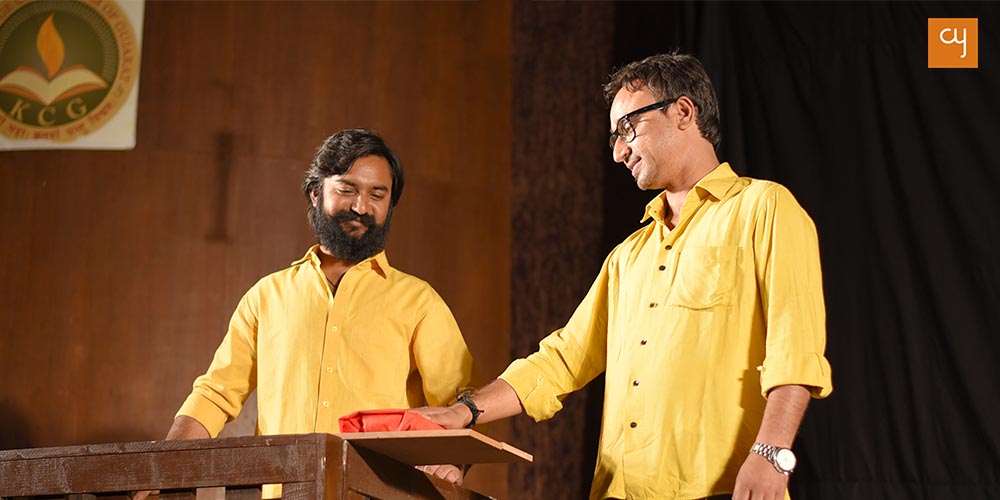 For a dramatic satire to be effective, it needs a sense of balance and restraint. Without it, it is in the danger of turning into a street corner discussion full of emotional outbursts and bursts of energy. A work of art thrives on suggestion. The writer-director has that potential. His sensitivity is reflected in the Hindi poem Recycle.  Vaishakh as Kavita, the Poet’s inner image, talks of a rag-picking young mother who was smothered with stinking garbage from ‘civilized’ four young men who came in a car. Instead of an ugly realistic scene, the director here has a young dancer Khushi’s symbolic short dance to accompany the recitation. Elsewhere he has masked players to represent animals. 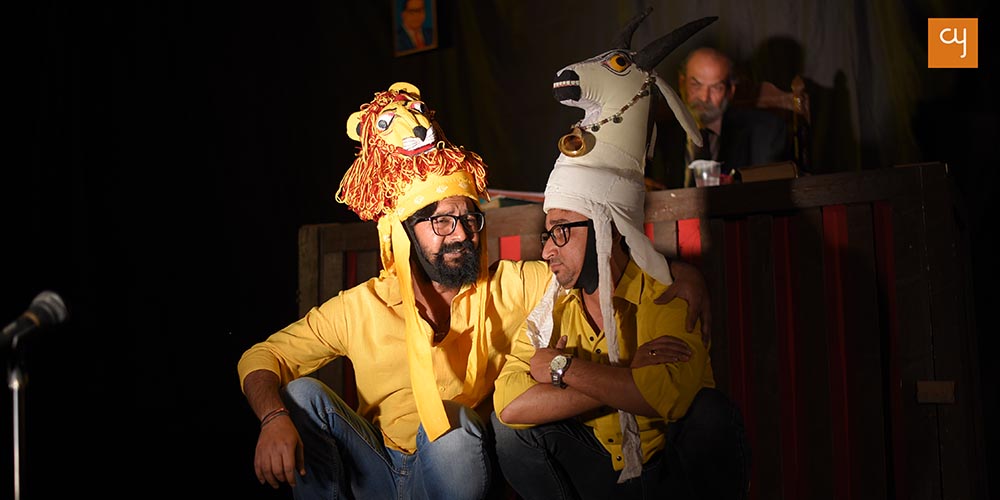 Business like, getting stern at times or a bit sarcastic, Veteran actor Raju Barot’s Judge is a study in the use of dramatic speech, movement of eyes and maintaining the right demeanour. The dramatic surprise at the end, marked with compassion, would not have impressed as the playwright’s master stroke if the Judge had not been portrayed by the actor with such credibility.