Indo Jazz Fusion: A Concert worth the time spent! 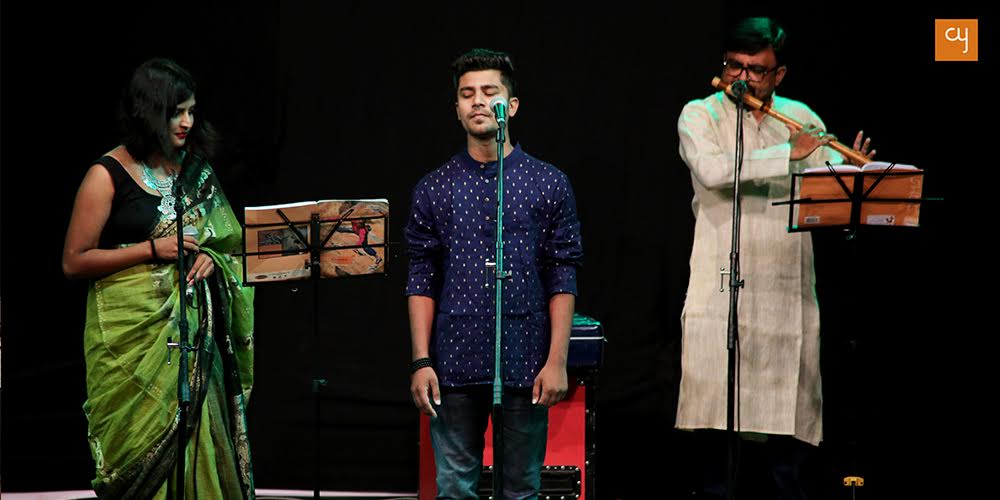 The music segment at the ongoing Abhivyakti has offered a good deal of diversity of musical genres while not missing out on popular appeal and entertainment quotient. And then, whether it was Nadanpatus Gujaratayaan or Indo Jazz Fusion, the bands and the ensembles succeeded in giving even dual flavours in a single concert in keeping with their endeavour! You had for your listening pleasure contemporary, Indian classical, folk or Jazz juxtaposed in interesting recitals of forms.

The Indo Jazz Fusion by Debolina Garani and Ronak Pandit had three appearances at the festival, twice at Venue 1 the Dinesh Hall and once at Venue 2, the Bhavan’s auditorium. This scribe had the occasion to sit through their third and last concert that came at Dinesh Hall on the night of Friday, May 10 with a little bit of delay but that didn’t mar the sense of anticipation among the audience. This one comprising of a rendition of five numbers in all in the fusion format of Indian and Westerns instruments and English and Hindi vocals was quite an enchanting show of musical talent that did make you tap your foot on the floor or your palm on your knee!

The concert had three English numbers and two in Hindi that were set to Hindustani classical ragas. Aptly dressed for the show, vocalist Debolina showed much oomph, verve and right intonation as she did the western numbers while compatriot Jesal showed his command on sargam and taankari for accompanying her and also for doing his solos Bole re Papihara and Tere bin Kaise Kate Ratiya. 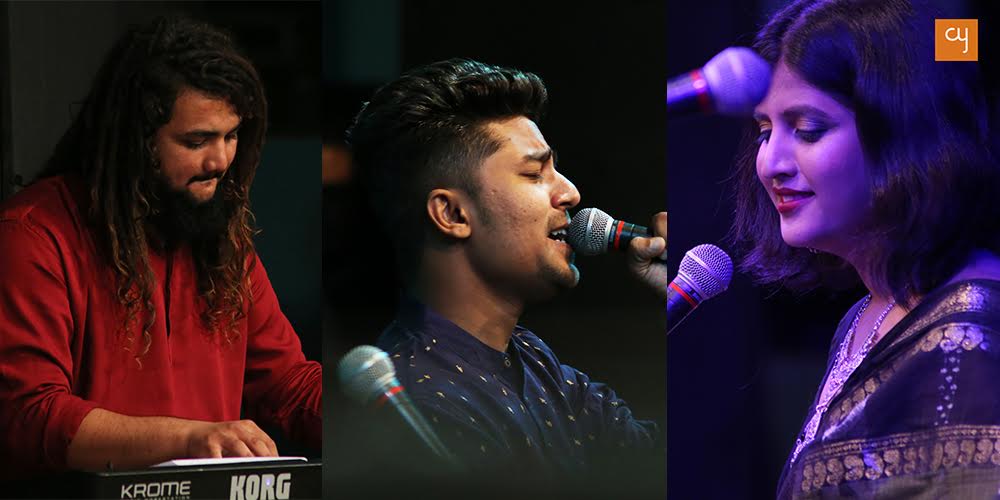 Debolina set the ball rolling with her take on how Jazz and Hindustani classical have the adaptability to be rendered in consonance and also have the potential for improvisation in their own characteristics. Now that, even as we were reminded of how fusion as an experiment in the international arena was started famously by George Harrison with the use of the Indian sitar. It was then carried forward by the catalyser of the experiment Sitarist Ravishankar with Indian American Yehudi Menuhin and others who followed. So much so that Fusion now embraces the western, the Hindustani and the Carnatic music all at once when it becomes Shakti!

Take 5 a Jazz standard by Paul Desmond, Rise & Shine with its predominant notes on Piano by Robert Glasper and My Funny Valentine came through alternately with the Hindi numbers. This was a controlled and sweet rendition by Debolina while Jesal fused in the classical embellishments. The romantic English numbers about a girl in the club and another about a valentine theme had a soft lilting appeal to their rendition.

The Hindi numbers Bole re Papihara and Tere bina Kaise Kate were set to raga Malhar and raga Jog and brought the best of Jesal who showed his comfort and ease with the rendition of lyrics intertwined with sargam syllables and a fair amount of taankari. 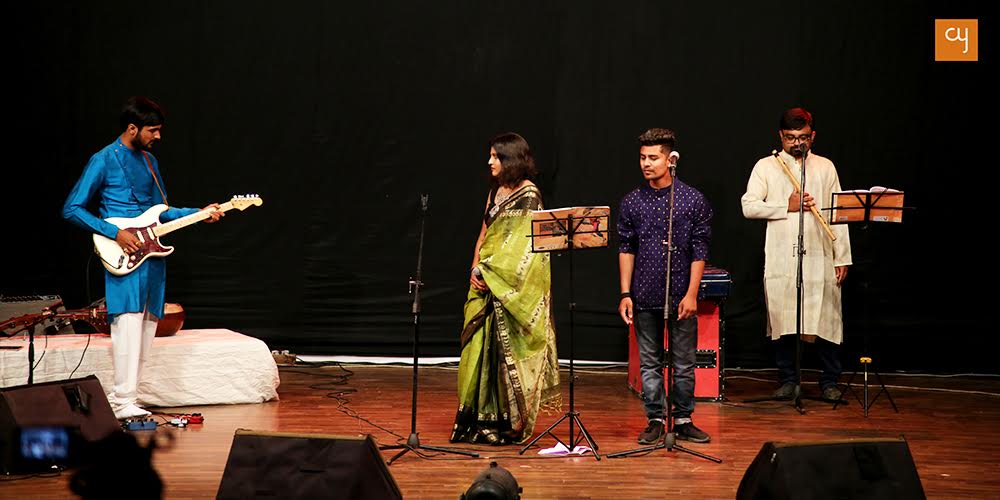 The ensemble that covered an entire stage on the left, right and centre, included the lead and bass guitars, the keyboard and the drums for the Jazzy side and towering-above-all the flute, the sarod and the tabla for the classical side. While all of the ensemble blended harmoniously without a blemish or a jarring note, it was the flute by Shreyas Dave that uniquely stood out through the whole concert!

The use and play of the sarod by Ronak who also played the lead guitar appeared a bit subdued. While the composite symphony of the instruments handled by Nayan Kapadia on keyboard, Shrinath Shrinivasan on drums and others provided some pleasing interludes, what the band could have attempted further to enhance the pleasure was perhaps the sawal-jawab between the percussion instruments or even between the flute and tabla or even sarod and tabla, that serves as a sure recipe for a climactic conclusion of a concert in a crescendo, especially when you have the classical dimensions.

But surely an appreciable concert worth the time spent, this Amdavadi group deserves a place on your music radar for its future performances!