‘Not Today’s Yesterday’ is an allegory of cultural whitewash 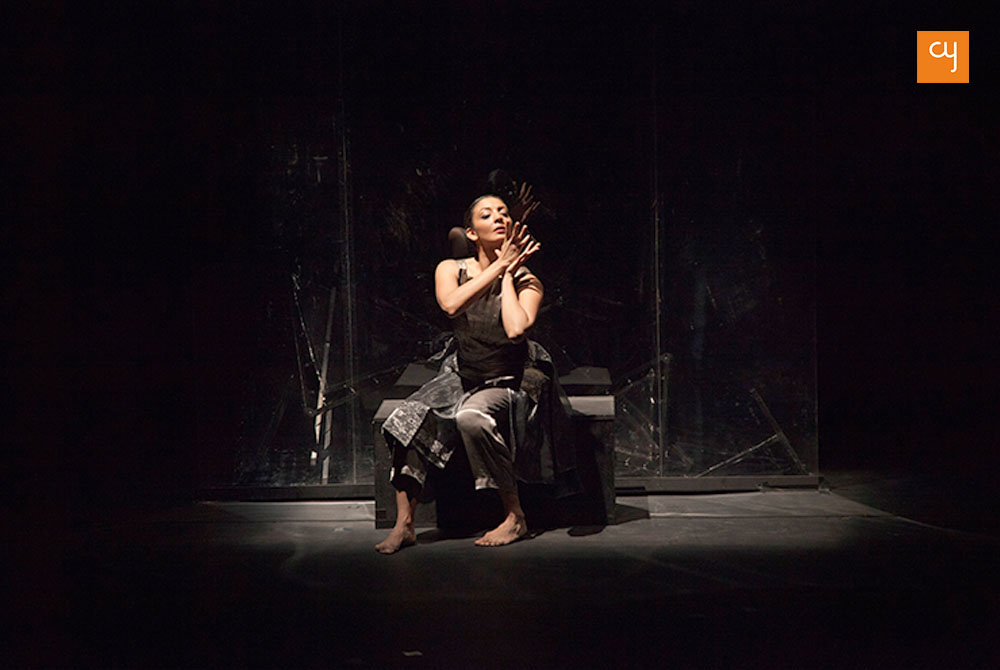 Seeta Patel in her 45-minute performance of Not Today’s Yesterday at Natarani on the final day of its International Art Festival seems to tell a fairy story nonverbally through images and sounds most of the time. Gradually, though the skilfully woven in purposefully indistinct sounds, including voices, largely remain denotative, with the thoughtfully selected visual images turning motifs, a subtext develops and the tale gains a more engaging deeper layer.

She herself speaks but little. Initially, looking at the viewers with glittering eyes as of the ‘ancient mariner’, she conjures up the never-never land with chocolate rivers and diamonds as rain. She brings to notice another world which is not so privileged and is inhabited by kind, innocent and gullible people. Later she speaks metaphorically of invasion and exploitation, of ungratefully taking for a ride unsuspecting indigenous people of a welcoming land. 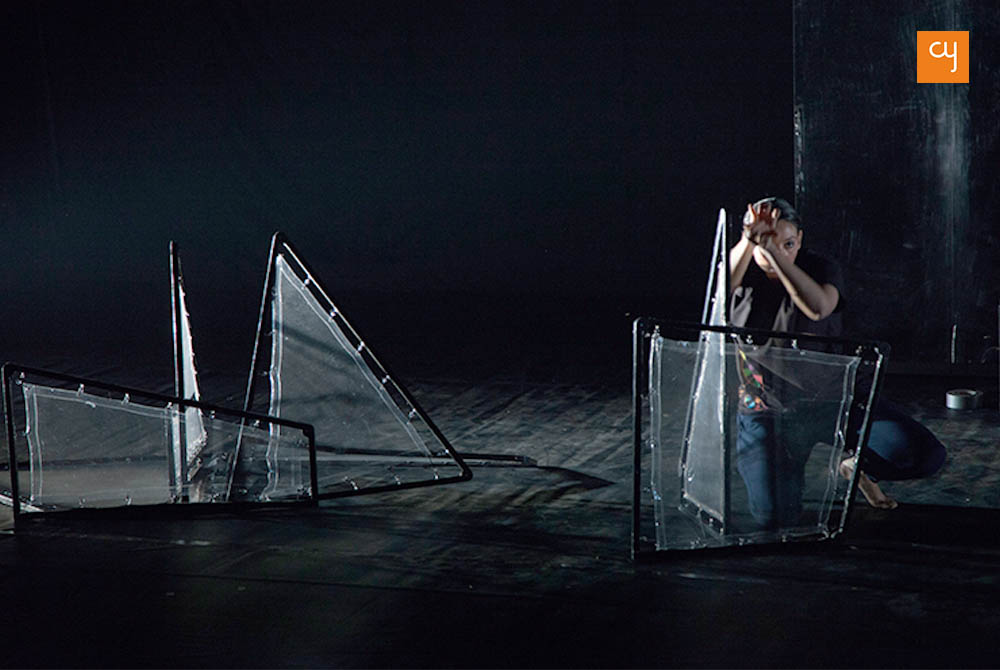 Shorn of its smart connotative charm, Not Today’s Yesterday gets reduced to a flat interpretation of it as a story of colonization, which of course has application globally. Hints for this interpretation in so many words are built into the performance. Without particular geographical and historical references, the solo performance attains the beauty of an allegory of a rich culture getting whitewashed by forces that unabashedly seek to redesign history for its own end.

Performance publicity quotes George Orwell from 1984: “Who controls the past controls the future: who controls the present controls the past.”  An unenlightened regime in power with its frenzied ideology sets out to change the very perception of people’s past and control them through their expediently implemented policies under the guise of, but in fact against, the furtherance of their welfare. 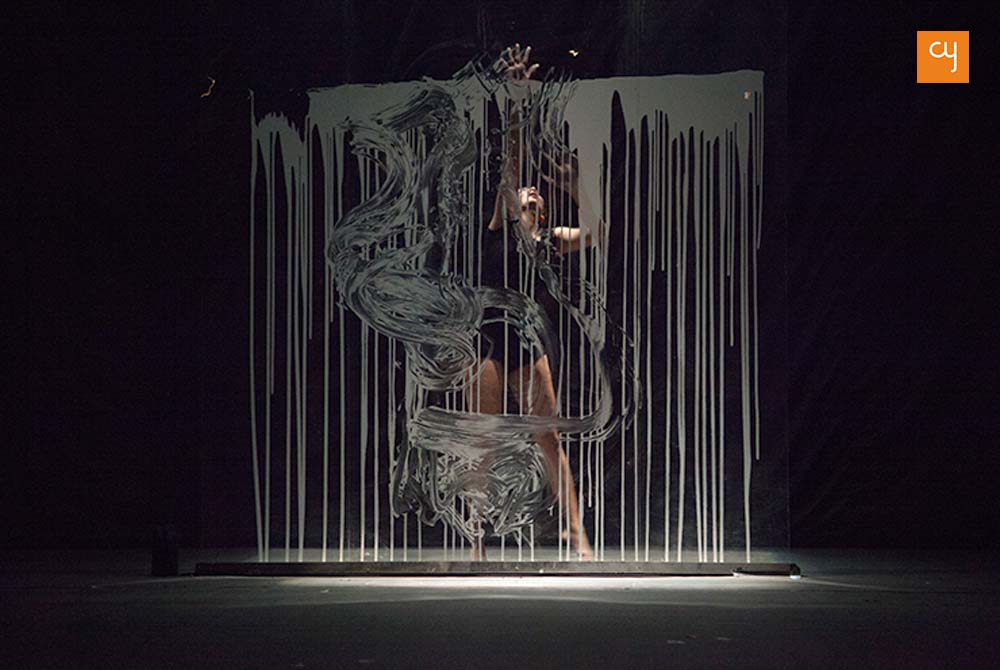 The menace of this central theme gets powerfully projected in the performance when the shadow of a monster invades the narrator’s privacy and attacks her devastatingly. Trapped in constricted space, she symbolizes the population falling prey to political manipulation. Images and motifs, as said earlier, innovatively give vitality to the performance, which is a creative work of collaboration between Bharatanatyam dancer Seeta Patel from UK and a contemporary choreographer Lina Limosani from Australia.

The Preamble to the story to unfold is through the performer in front of a three-part mirror that symbolically reflects in multiple images her intriguing controlled movement and mudras suggesting disquiet, disapproval and struggle. The intrigue strengthens with her verbal narrative. The narrative attains added dimensions, at times poetic, with framed glass formations pulled out one after another, a long stretch of hair soft in touch dropping from above and braided, the braid turning dead white in course of time and finally losing existence, translucent images of the narrator now stripped from enclosed space, its walls getting whitewashed, a fierce invasion by an alien shadowy figure, an anguished face seen through the whitewash, the beautiful figure of the narrator turned nightmarishly deformed when it slips out, indistinct voices indicative of the theme. 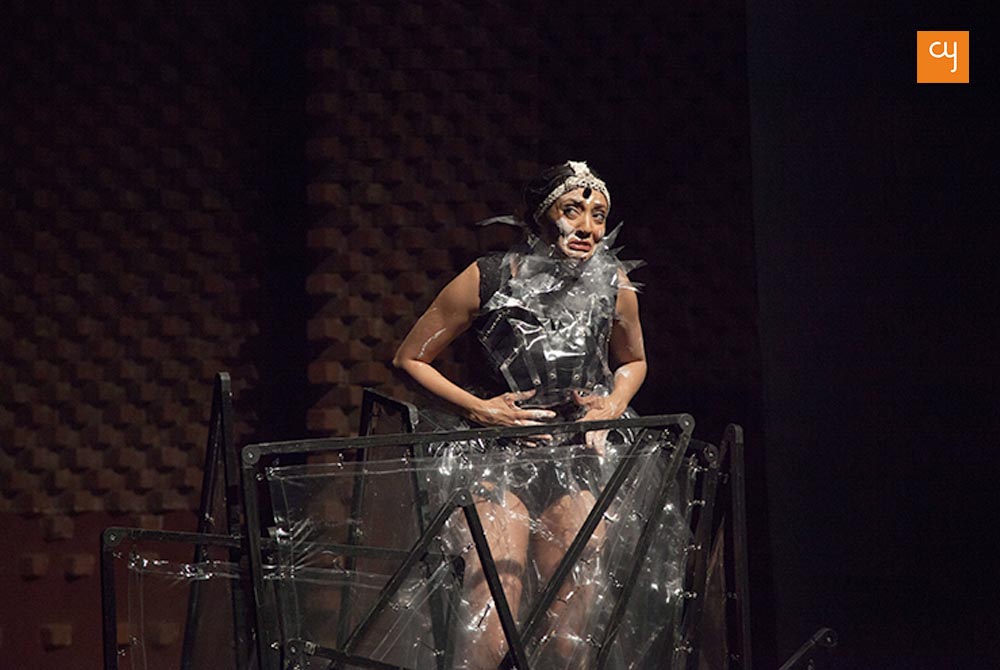 When you deconstruct the images, you gasp for fresh air. How, without perceiving the menace, chunks of land and hordes of unsuspecting people lose freedom of all kinds! The richness of indigenous beauty gets mutilated beyond recognition. How suffocating it is when you get to know the full import of what you have lost! Imagine the enormity of it and its wide spread. Is it the price you pay of not being vigilant and being lulled to complacency? 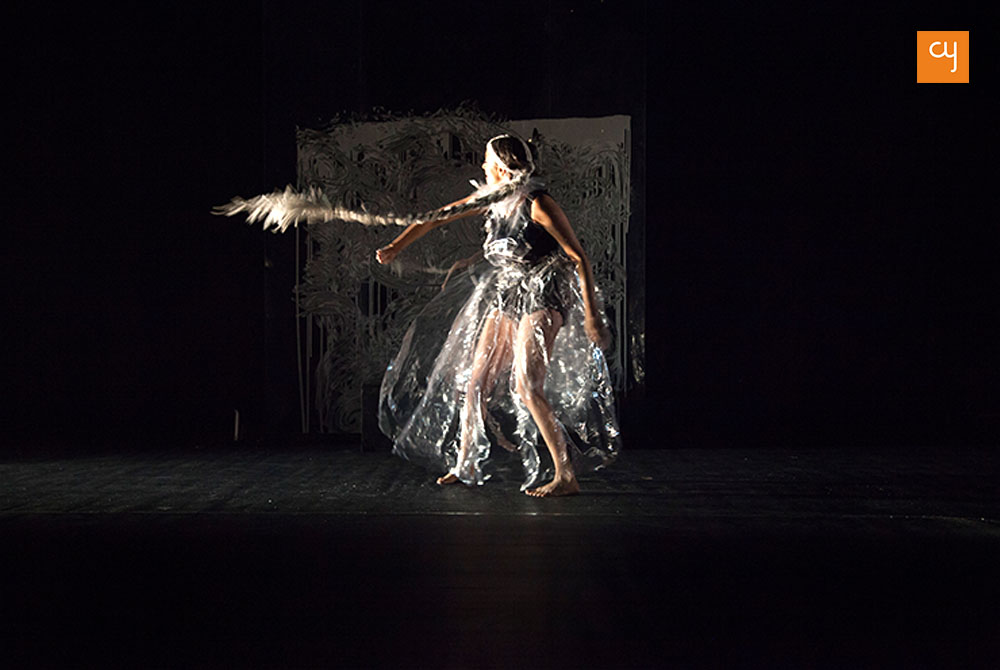