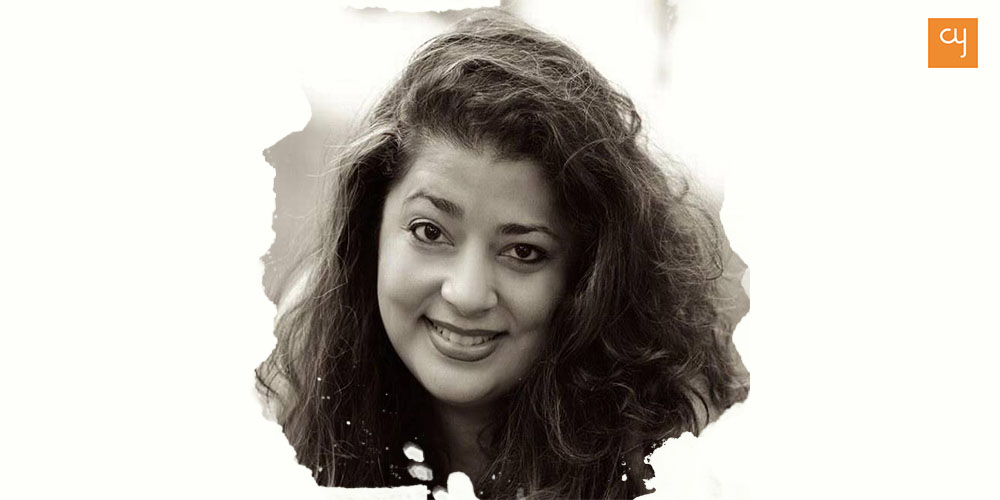 Isheeta Ganguly, who brought an exhilarating play Three Women to a similar theatre festival five years ago, presented three more interactive young women, only one of whom is Tagore’s unlike in the earlier play, in Chitra and Chaitali on the penultimate day (Nov.16) of the ongoing eight-day theatre festival at Natarani. Its most striking aspect is the script developed by her, in which she brings under focus the need for the modern woman to break free of the shadow of a stereotypical existence and assert her distinctively independent identity. 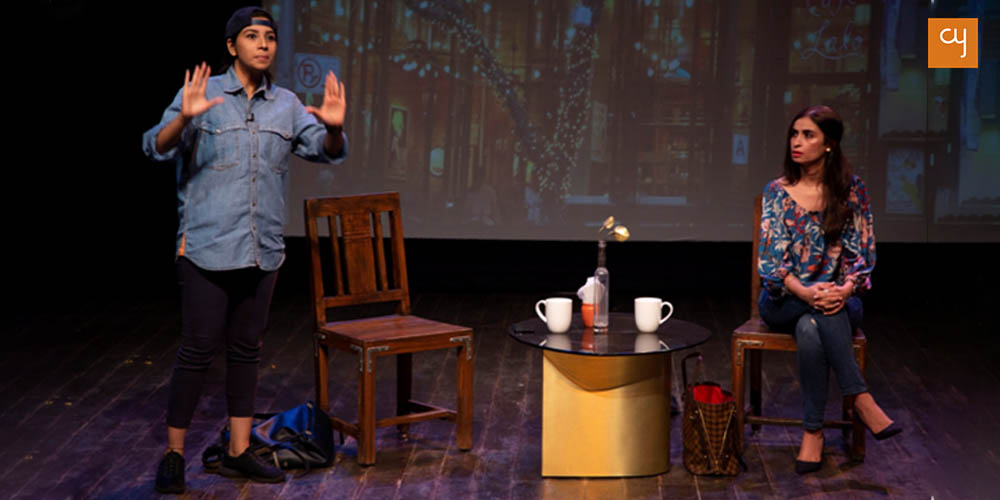 Chitra and Chaitali are modern urban women, who meet and happen to chat in a coffee shop on four consecutive Sundays. These working women – one a flight attendant, the other a stylist and presumably a socialite – have divergent personalities and attitudes.  Not exactly tomboyish, Chitra is aggressive and outspoken. Chaitali is all feminine charm in a stylish way. She has definite views on how to develop relationships. Both being women they share certain traits and yet being different each wishes being like the other. 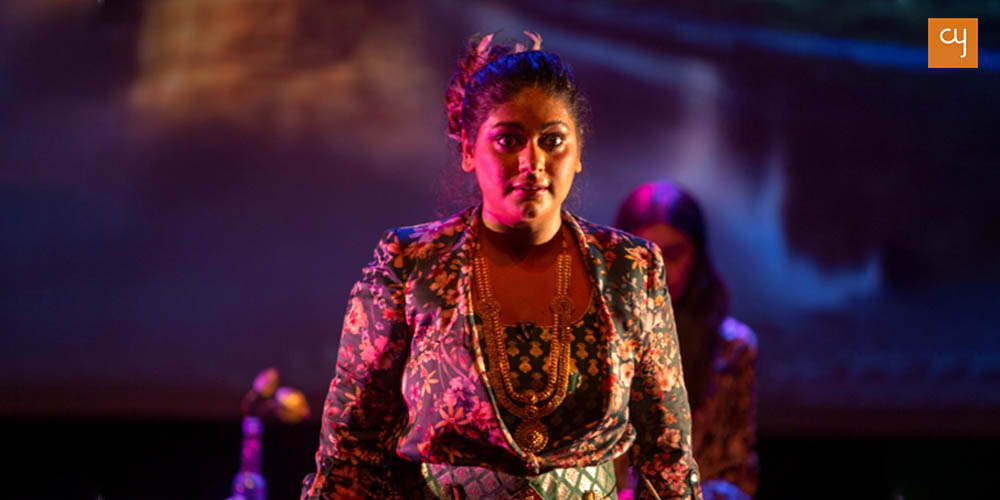 Parallel to the unfolding of the life details of these ultra modern young women, a mythical pair set in the idyllic surrounding intermittently appears in significant dramatic situations. Princess Chitrangada of Manipur, raised as a prince, appropriately attired, sees and likes Arjun, handsome and calm, and tries to allure him. Arjun, under the vow of celibacy, repulses her advances. When she does not get reconciled, he suggests that a woman has to be soft and beautiful. Chitrangada so much loves him that gradually she assumes feminine grace and love develops between them. Soon enough however she realizes that Arjuna does not love the real Chitrangada that she is. 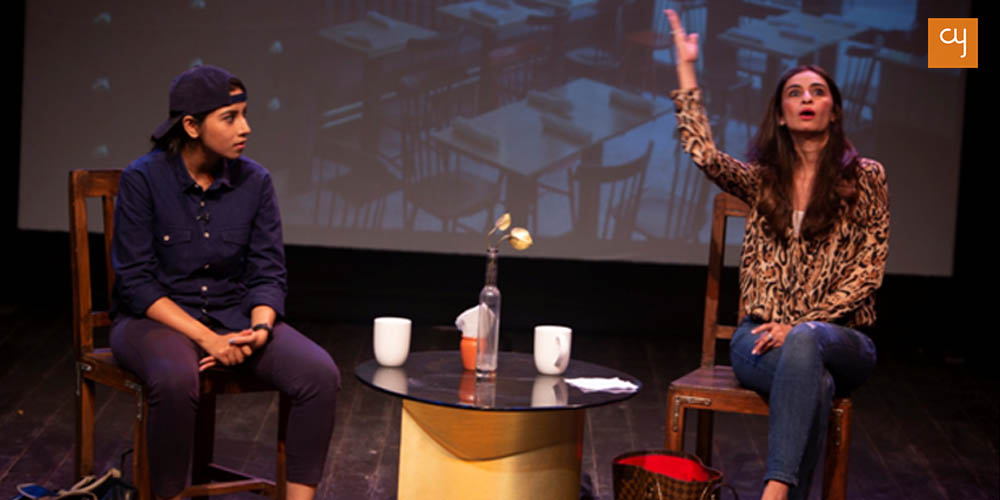 Brilliantly and suggestively this mythological drama gets enacted – with backdrops suitably changing – right in front of the urban women in the coffee shop, which is seen only by Chitra. It reinforces her view on relationships. The significantly serious climax in the mythological tale almost coincides with a hilarious anticlimax in the urban tale where temporarily weaned over by Chaitali, Chitra uncomfortably tries to walk like her on high heels. It must be noted however that in the format adopted the urban tale has largely to unfold verbally through dialogue, but the mythological tale is expected to create a more pleasing ambience of lyricism and grace in its action and communication. 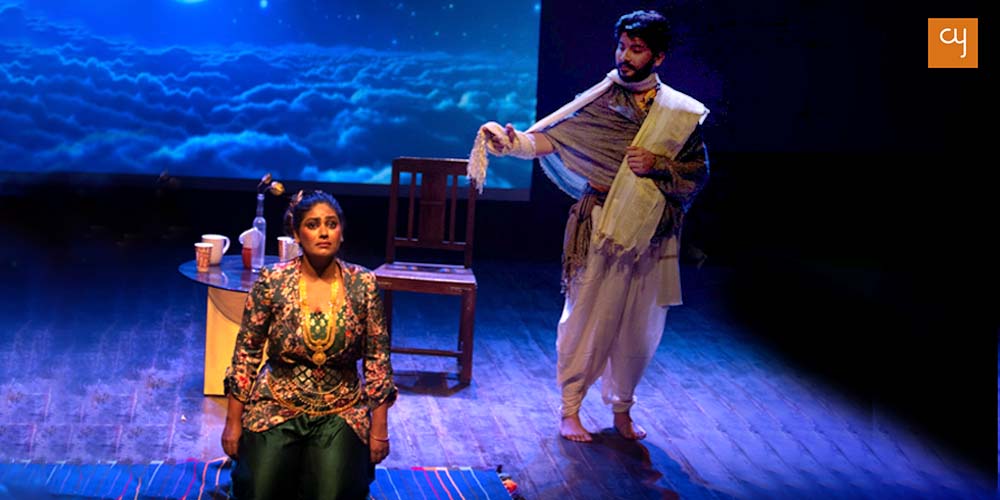 There is beautiful melodious Tagore fusion music composed by Pritam Chakraborty in both the narratives to Tagore compositions and Isheeta Ganguly’s own mellifluous voice. Beyond being a writer and director of acclaim, she has 8 esteemed albums to her credit as an exponent of Rabindrasangeet from the age of 15. Most viewers who had only a nodding acquaintance with Bengali would have been in a position to appreciate the intensity the music conveys, for example, in the scene where Chitrangada gets back to her original identity, through what Tagore’s words, rich in meaning, connote. This is also a reason why intellectually engaging dance drama Chitra and Chaitali does not seem to have a strong uninterrupted flow.