Meera’s voice carries emotions from within and shared thoughts 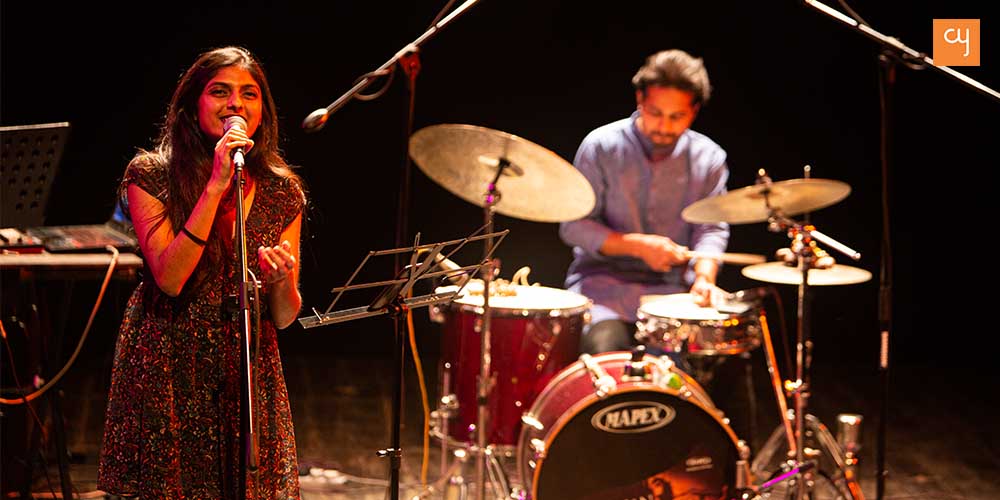 Three themes intertwined when Meera Desai sang leading her Quintet at Natarani last Friday as the first of its performances for a three-day Women’s Day Weekend. One is the evolution of a young songwriter and singer, Meera. She chose to sing songs written and composed by her and those by other women across last six to seven decades, eminently known for their contribution.  So it was interesting to have a look at their themes. A third theme underlying these two was music as the voice of a woman.

Local music lovers have seen the rise of vocalist Meera Desai, who is twenty-five and looks even younger, within three years or so of her being in Ahmedabad after having been brought up in New York. Singing since childhood she learnt western classical and Jazz as a teenager and has been pursuing Hindustani classical music in the city. Her singing with her heart into it left no one in doubt at the concert that in music she had found her calling. The rousing response the Quintet received shows that their music has a flavour that will find increasing recognition during the time to come. As the lead in a band though, she needs to develop greater visible confidence and be more uninhibitedly interactive with the group and the audience. 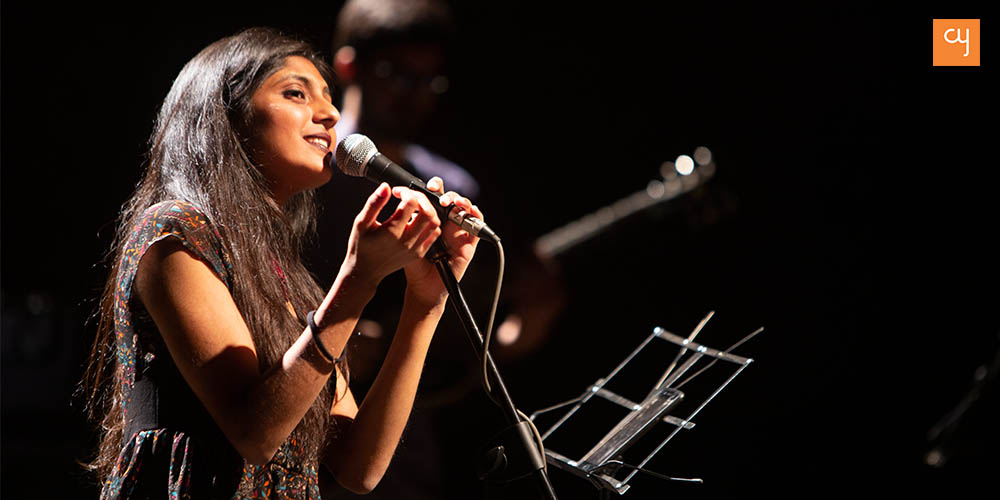 It was reaffirmed at the concert that Meera has the power of a passionately expressive voice. It has a pensive touch when it rises from within with the lowest notes as in Homes and it assumes a stirring quality when it rises piercingly as in Pensarte (Sp., ‘When I think of you…’) Listeners, who remained indulgent during her performance, were audibly appreciative of the range of her voice, her ability to hold it steady, to infuse it with emotions and by her relatively rare trumpet technique used in two songs. She has young members on Quintet all pretty proficient at playing their instruments – Harmish Joshi (Saxophone), Sreenath Sreenivasan (Drums), Raag Sethi (Bass) and Chirag Todi (Guitar), each given space to display skills solo as well.

Among the songs written by other women she included in her presentation were American jazz singer Billie Holiday’s I can’t give you anything but love, baby and Broadway celebrity Dorothy Fields’ On the Sunny Side of the street. She also rendered the song La Vie En Rose, described as an anthem of love, ‘Hold me tight…’ inspired by French singer Edith Piaf. The dominant mood in all these songs was youthful romance, which listeners, young and grown-up, in a sizable number, applauded.

Romance is also in travelling to distant places. ‘Leave your worries on the doorstep,’ the Broadway songwriter sings. In one of her own songs, Meera talks of distance making the heart go fonder and of not wandering the roads alone. Besides steadfastness, there is a note of melancholy in the same song Distance and of longing. A search for the divine precociously is reflected in Divine. As a writer she turns lyrical when she says, ‘I can’t hear my voice in another’s song ’cause this melody is much too soft.’ More strength to her lyrical power! Meera’s voice, in the process of getting richer, carries emotions from within her and thoughts shared by familiar folks.