Natarani Theatre brings a host of nationally acclaimed plays to Ahmedabad this week with its Sunday to Sunday Theater Festival. Grab your seats. 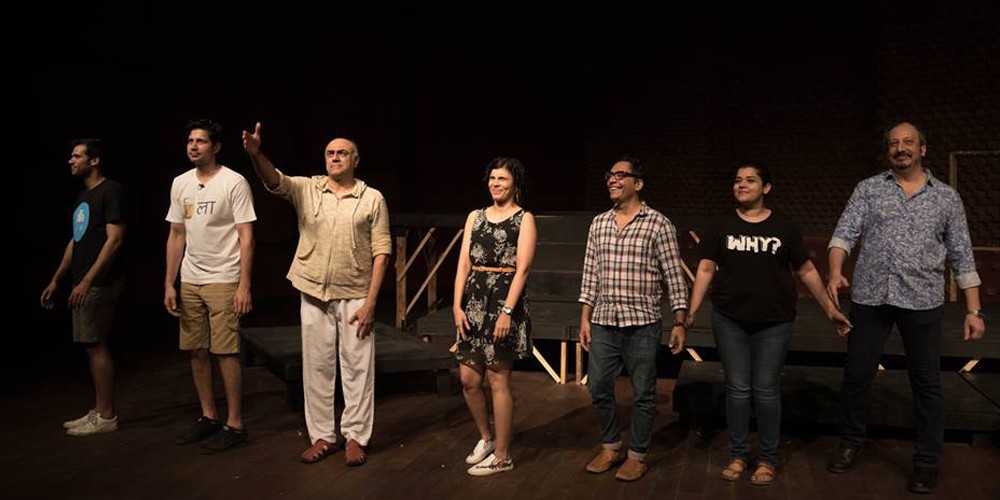 For years, theatre enthusiasts in Ahmedabad have often been dismayed by the lack of high- production plays in the city. Most theatre production companies in India opt to perform in cities like Mumbai, Chennai and Delhi rather than Ahmedabad. This is for the simple reason that facilities are less available here. But now Natarani Theatre has been revamped into a theatre space replete with high-quality lighting, an exceptional stage and an experienced production team. This perhaps now prepares Ahmedabad to receive exposure to the tradition of theatre as often as other cities do! To enable this and bring a slew of top-notch theatre productions to Ahmedabad for local audiences to enjoy, Darpana Academy has organised a Sunday to Sunday Theatre Festival. Priyakshi, a Bharatnatyam dancer who is the marketing director of Darpana Academy, shared the motivations that underpin the festival’s 4th iteration. 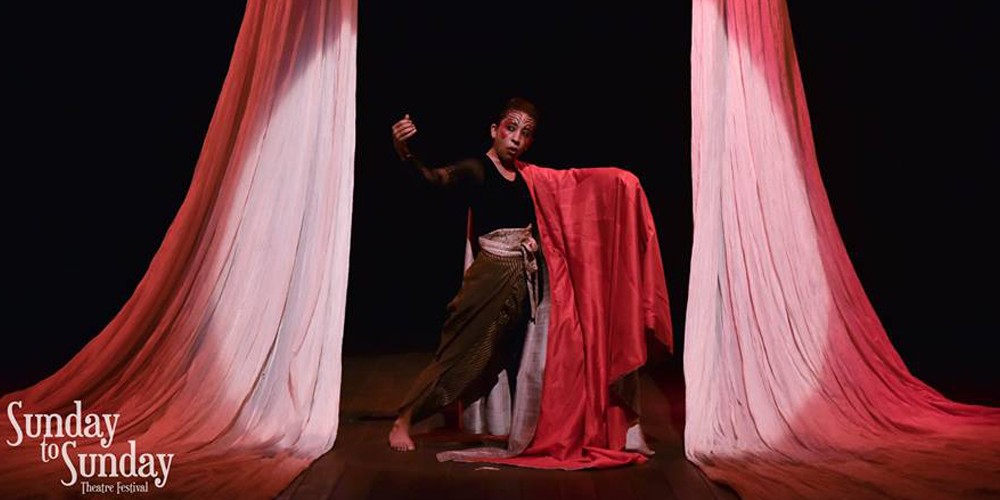 Mallika Sarabhai and her team looked through 120 productions before deciding on 8 features that would be performed at the festival, one of which is a Darpana production. The thought behind the selection process was earnest and the criteria for selection were very specific. Aesthetics and auteur-ship were the main factors that earned the selected productions a spot in the festival. While the influence of Bollywood in theatre is rampant, the Natarani team was looking to highlight core theatre experiences rather than their diluted versions. Many of the festival’s productions are winners of  META (Mahindra Excellence in Theatre) awards.

Item, a play centred around an actor trying to enter the B-film industry, is directed by Kshitish Date and features actors from The Natak Company, a Pune-based troupe. The play deals with the objectification of the female body and how this has not only changed how people view women, but also how women view themselves. I pulled Kshitish Date away from his team’s intense rehearsals before their performance on Wednesday night for a brief conversation. Date explained that their auditioning and writing processes were eye-opening for the team, as they were seeking out artists who could be comfortable bringing the topic of B-roll films to the public and having conversations that delve into topics like sexuality, which are clouded in shame. As a director, it was a creative challenge to make a play work in an open-air theatre like Natarani, he explained. 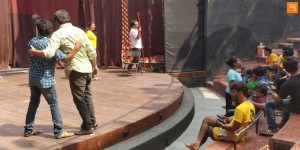 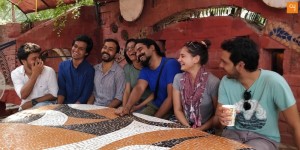 Sujay Saple, along with his actors and production team, had arrived in Ahmedabad from their base in Bombay. He spoke about his play Agent Provocateur that was performed on October 4. The plays responds to an increasing perception of an impending fascist state and polarisation of ideals. Saple explores the saffronisation of the body that has become so normal in the present political climate and asks what is at stake in this changing world. The play features an atypical form; the entire play features only two actors and opts to use drums as the singular musical or rhythmic element. This creates an intentionally unsettling atmosphere. Agent Provocateur was featured on Thursday, October 4th at 8:30 PM. 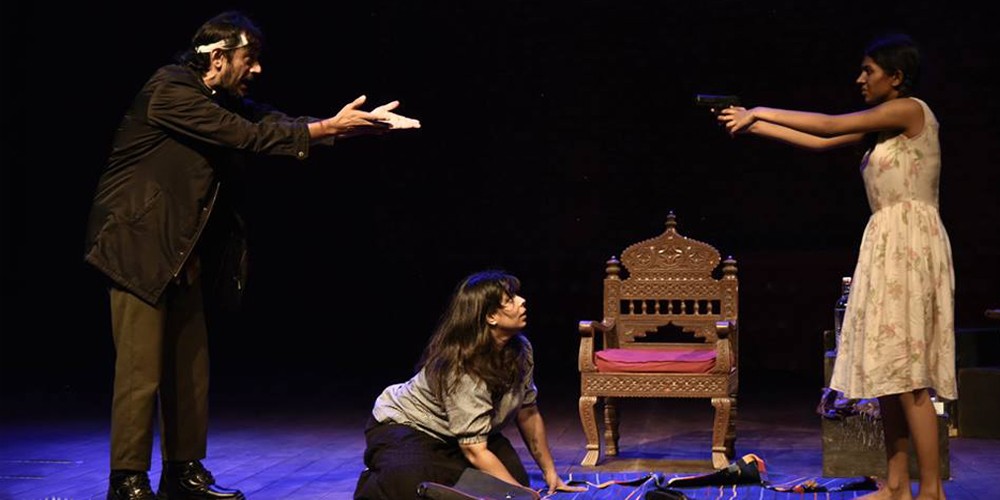 Besides Agent Provocateur, two other equally not-missable performances are in line from October 5 to 7: Darpana Academy’s Abhinay Banker’s Jaane Woh Kaise Log The, and Arvind Gaur’s Tara. Rajit Kapur’s One On One II, Yuki Ellia’s Elephant in the Room, Faezah Jalali’s 07/07/07, and V Balakrishnan’s The Cut were featured earlier this week. Along with these performances, there are daily morning workshops that feature Q&As with the directors and actors, and various valuable theater exercises and techniques.